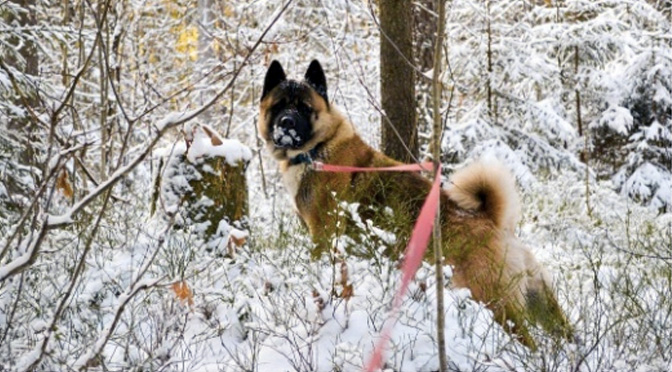 Japan’s hardy mountain dog, the Akita, is also one of the oldest breeds in the world. Bred to track game and subdue it until the hunter could catch up, these big dogs are tough and smart.

The Akita is a Spitz type dog, sharing the curled tail and insulating double coat of his cousins large and small. Akitas are divided into two types—American and Japanese. The American Akita is a larger dog, with no restrictions as to color or pattern of the coat. The Japanese Akita is a lighter-built dog, with a smaller range of coat colors. Very rarely, an Akita will be born with a recessive long haired coat.

The Akita is a guardian and hunter. He is playful and loving with his family, but will most likely be slow to warm to strangers, both human and canine. Akitas are notorious for disliking dogs of the same sex, preferring an opposite sex companion if more than one dog will be in the family. Like all dogs, early training and socialization will minimize any potential behavior issues.

‘Go Go’ was an Akita gifted to Helen Keller after a visit to Japan. She had heard the story of Hachiko and wanted very much to share her life with such a loyal friend. 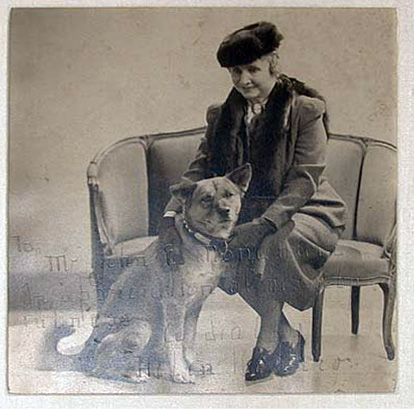 Always up for adventure

Playful and relaxed with family