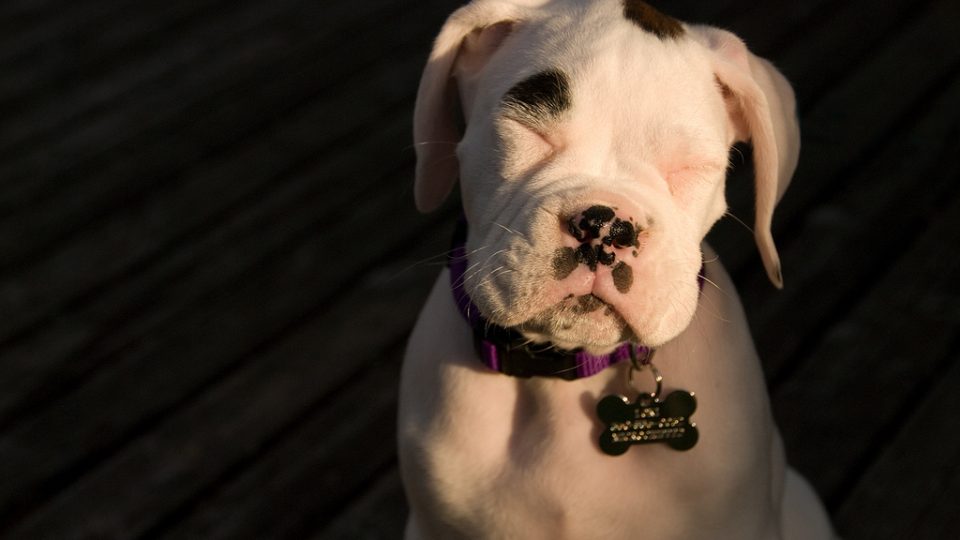 Even before the picture book Walter the Farting Dog became a smash hit among young and old alike, dog lovers knew. Dog farts are a fact of (dog parenting) life. There’s no mistaking one, either—silent but deadly or loud and proud, they’re bound to happen. But how much is too much?

Dogs need to fart, just like humans, which means a certain amount of passing gas is perfectly normal. That said, some of the same foods and bacteria that affect we can affect the digestive tract of man’s best friend.

Read on for the causes of canine flatulence and some ideas for reducing it. Your friends, your pet sitter (and probably your dog!) will thank you.

Some dog breeds are gassy

All dogs fart, but certain breeds are more predisposed to flatulence—we’re looking at you, boxers, bulldogs, and pugs.

Why is your dog farting so much? The answer might be right in front of your nose: It’s actually their nose! Brachycephalic dogs, which is the technical term for dogs with short or flat faces, take in more air when eating and drinking.

When air comes in, it must also come out… if you catch our drift. 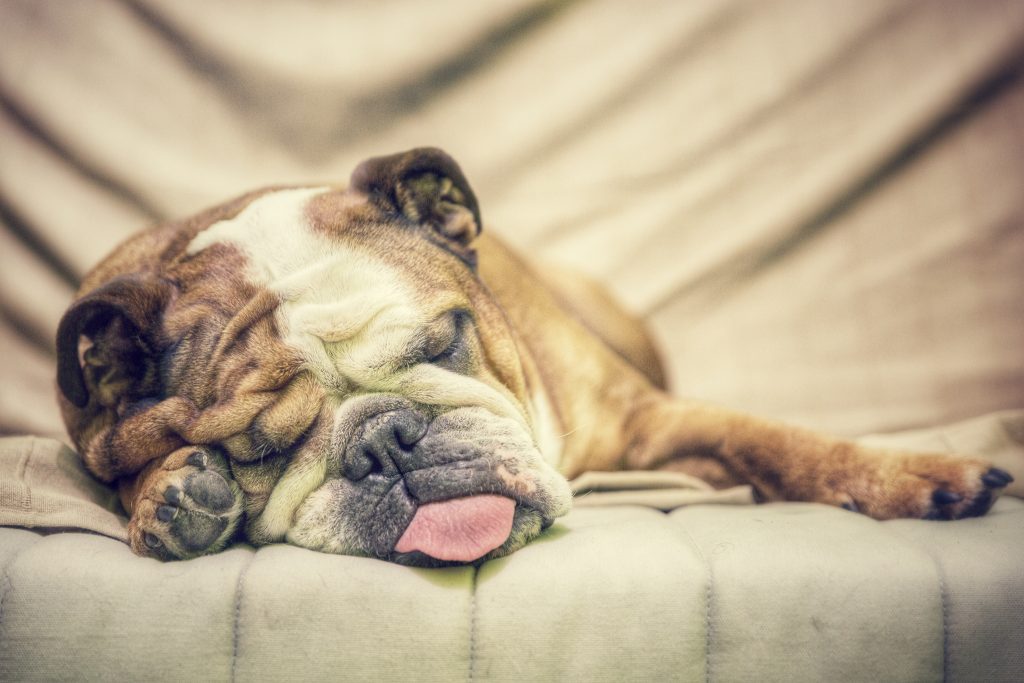 If you’re feeding your dog scraps off your plate at dinner, you may be perpetuating your dog’s toots without even realizing it. Human foods known to cause flatulence in dogs include:

These foods are especially problematic for digestion in large quantities. A small nibble of fried tofu isn’t likely to hurt, in other words, but eating the whole block, well, that’s going to cause some epic farting in the near future.

The same could be said for a nibble of cheese versus an entire loaf of sharp cheddar, which my dog definitely ate once. Don’t worry, he’s just fine, though his belly wasn’t happy that night.

If your dog is lactose intolerant, then consuming dairy products will lead to indigestion, loose stool, and yes, gas. Lactose intolerance means that your dog has difficulty digesting lactose, but it is not the same thing as a true dairy allergy. In that case, symptoms are not likely to be digestive, but rather show up in the form of itchy skin and a dull, flaky coat.

However, dairy isn’t the only culprit when it comes to food intolerance. Dr. Patty Khuly, VMD says, “many chronic gas-passers are merely exhibiting a mild intolerance to one or more ingredients in their diets.” While this could be due to difficulty digesting a specific protein, it’s more likely thanks to carb-heavy fillers in dog food, like corn, wheat, or soy.

As the ASPCA notes, “low-quality foods with ingredients that can’t be fully digested can cause gas.”

The carbs, or “resistant starches,” that are not digested in the small intestine will pass along to the large bowel and lead to bacterial fermentation. That, in turn, causes gas.

“Low-quality foods with ingredients that can’t be fully digested can cause gas.” – ASPCA

But the ingredients’ question goes beyond carbs. Certain additives in commercial dog food are suspected to cause tummy trouble in pets. These include binding agents like carrageenan. This additive, used often in wet (canned) foods, has been shown to cause inflammatory bowel disease, or IBD, in some test subjects.

This is more commonly accepted in the holistic veterinary community than the mainstream one, but it’s worth investigating if your dog’s digestive troubles don’t seem to respond to other dietary changes.

If you’re concerned, check the label of your dog’s wet food for carrageenan. Certain higher-end brands, like Weruva, specifically avoid that ingredient.

If your dog tends to gobble up his dinner in no time flat, this could be contributing to your dog’s flatulence. The same is true for humans, as a matter of fact. Just why does all that chomping lead to post-prandial tooting? The phenomenon is called aerophagia, or air entering the stomach while eating or drinking, and it’s one major cause of gas.

Try placing a tennis ball in the middle of your dog’s dish to slow him down.

To counter this, you can try placing a tennis ball in the middle of your dog’s dish to slow him down. Puzzle feeders like this popular interactive bowl can also help to pace your dog, not to mention add a little challenge to dinner.

How can I stop my dog from farting so much?

The top three strategies for reducing flatulence in your dog are most effective in combination.

Experts agree that diet is the number one cause of gas, so it’s the first place to look when you’re trying to alleviate your dog’s tummy troubles. Consult with your vet before making a switch, and do your research. Look beyond marketing hype to discover what’s really on the label, and look for less processed ingredients, fewer carbs, and whole, quality proteins.

Exercise helps before or after a meal because it gets your dog’s whole body moving, including the digestive tract. Researchers note that dogs who exercise more have less gas. They acknowledge that the research doesn’t recommend a certain time of day for that exercise. I like to go after dinner, as a good walk also helps us both sleep better.

Prebiotics and probiotics designed for dogs may help. These should only be given in consultation with your vet; the idea is that these supplements help to correct and manage the microflora in your dog’s gut. Some research has shown good results in reducing canine flatulence with a probiotic treatment. Many foods now boast added pre- and probiotics, as well.

Lastly, there’s good evidence to support that activated charcoal (yes, charcoal!) reduces the smell of your dog’s gas. You can give it as a supplement or purchase treats made with it.

These treats are well-reviewed to that end (note, they aren’t grain-free).

The same study also used yucca schidigera and zinc acetate to reduce the odor of dog gas with good success.

None of the supplements actually reduced the number of farts, but they did reduce the production of hydrogen sulfide, which causes the stinkiest farts.

While the dry activated charcoal is commercially available, the other two would need to be prescribed by your vet.

When to be concerned

Canine flatulence that’s persistent and unrelenting could be a sign of a bigger problem.

Ailments like inflammatory bowel disease and intestinal parasites could be to blame if you’re beginning to feel like you need a gas mask 24/7. Don’t ignore any changes in your dog’s flatulence level, as they could be an indicator of an underlying issue.

Lastly, if your dog’s gas is accompanied by vomiting or diarrhea, or any other unusual symptoms, consult with your vet.

Gas is normal! But if it’s too much, too often, look to your dog’s diet first. Make sure your dog gets plenty of exercise, stay away from table scraps, and keep an eye on unusual symptoms that go beyond farting.

Remember Walter the Farting Dog? His toots make him a hero (and led to a hugely successful book series). Maybe your dog’s gas is actually a superpower!

And at any rate, it doesn’t make them any less loveable.