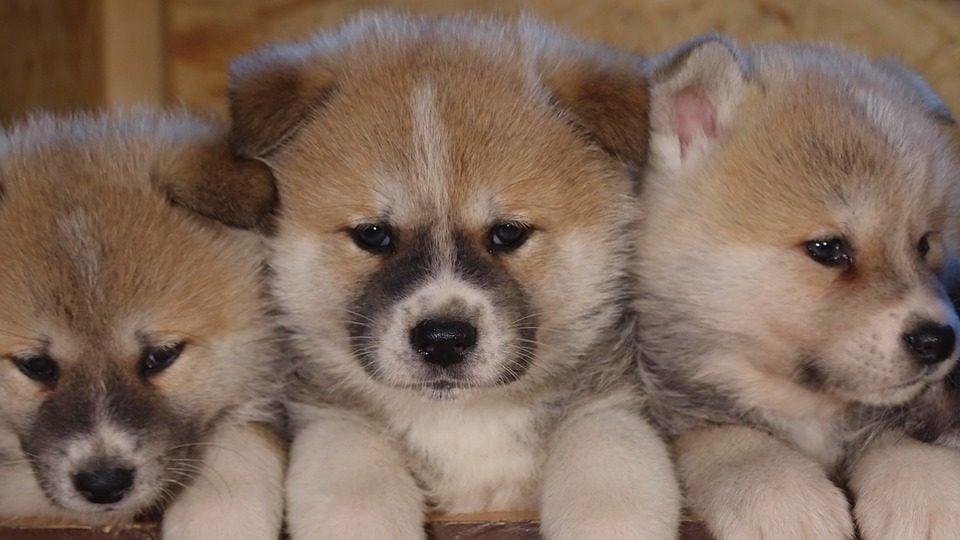 Akitas are absolute showstoppers. With their short, thick fur, wide-set faces, and signature curlicue tail, it’s hard not to fall immediately in love with these ancient and beautiful creatures. When my brother first brought home an American Akita puppy named Darla, tears welled up in my eyes. Did he bring home a puppy, or was it the most precious bear cub we’d ever seen? Her huge paws and dark face made it hard to tell the difference. 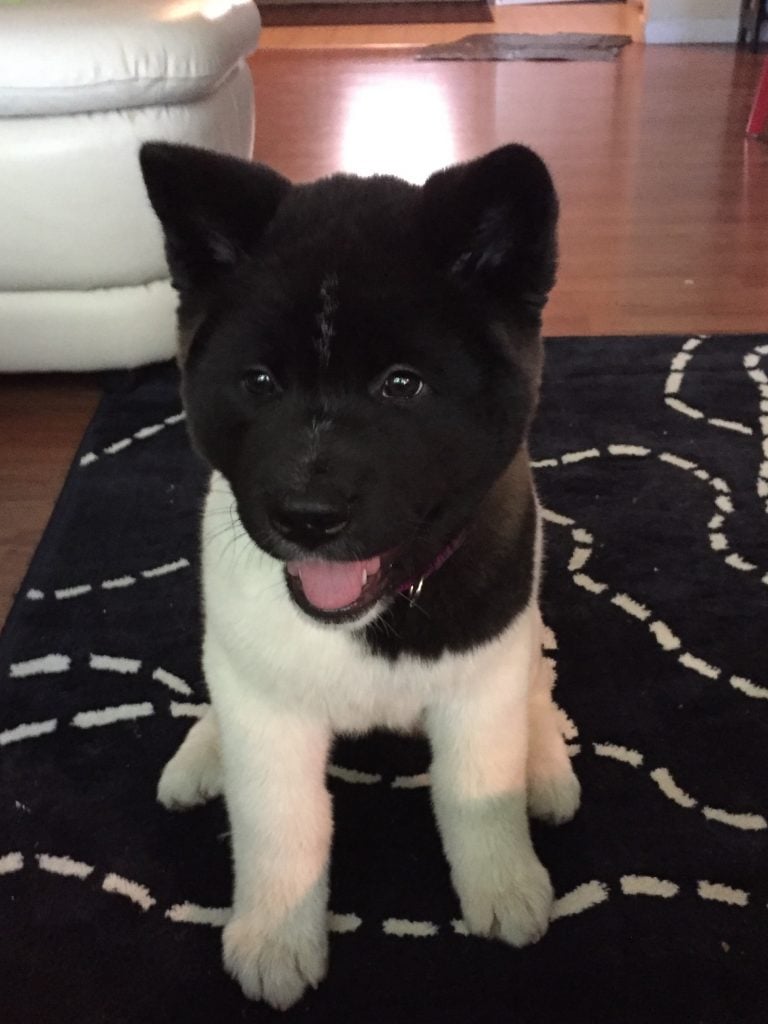 Used with permission by Alex Miller

Now that I’ve been a proud dog-aunt for over a year, I’ve accepted that this calm, curious, and sometimes very sassy Akita may, in fact, be a dog, but she definitely has a bear-like quality about her. At 80+ pounds, she’s fully grown, and doesn’t know how big she is! Here are ten other facts about Akitas I’ve learned in time with Darla. 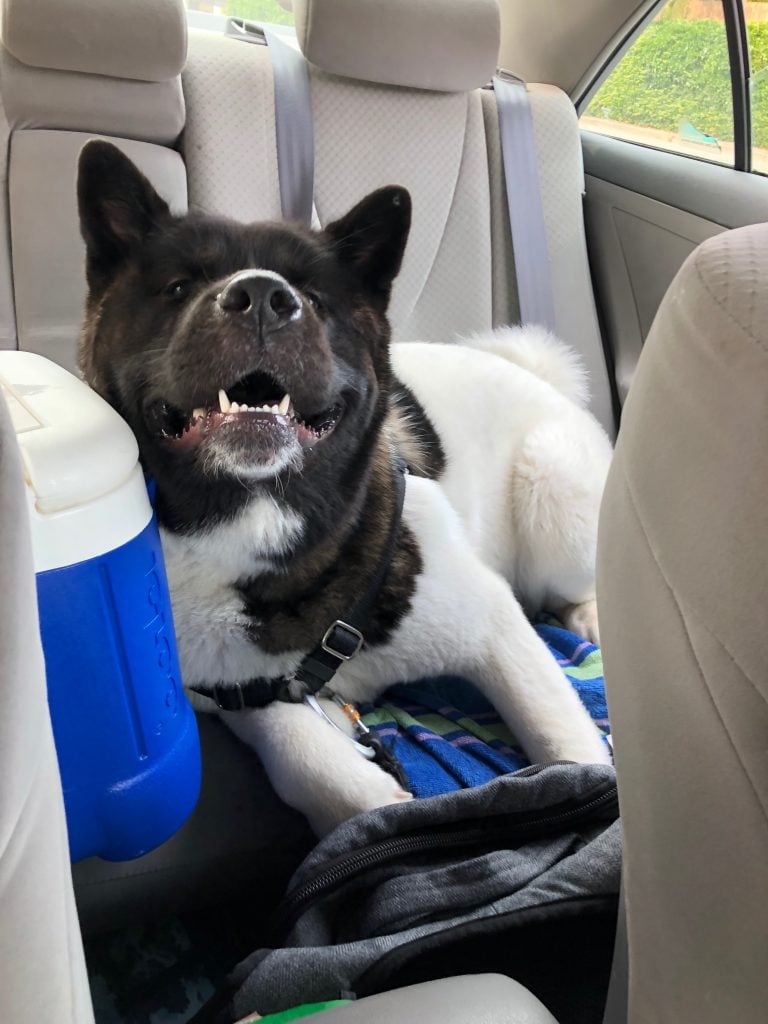 used with permission by Erika Mole

1. Not all Akitas are the same

American Akitas are a bit larger than their Japanese cousins and come in a wide variety of colors and fur patterns. While Japanese Akitas look more like large foxes with their lighter fur and dark eyes, American Akitas have a broad spectrum of black, brown and white patches. One could arguably see a mix between a polar bear and grizzly bear in the body and face of an Akita.

Due to their thick coats, Akitas love the snow. In fact, many Akitas have webbed toes to help them walk on the slippery and crunchy landscape. When it’s winter, it’s like a switch turns on in an Akita’s brain. Energy abounds as they run around in the snow. Cold weather is when Akitas really thrive. 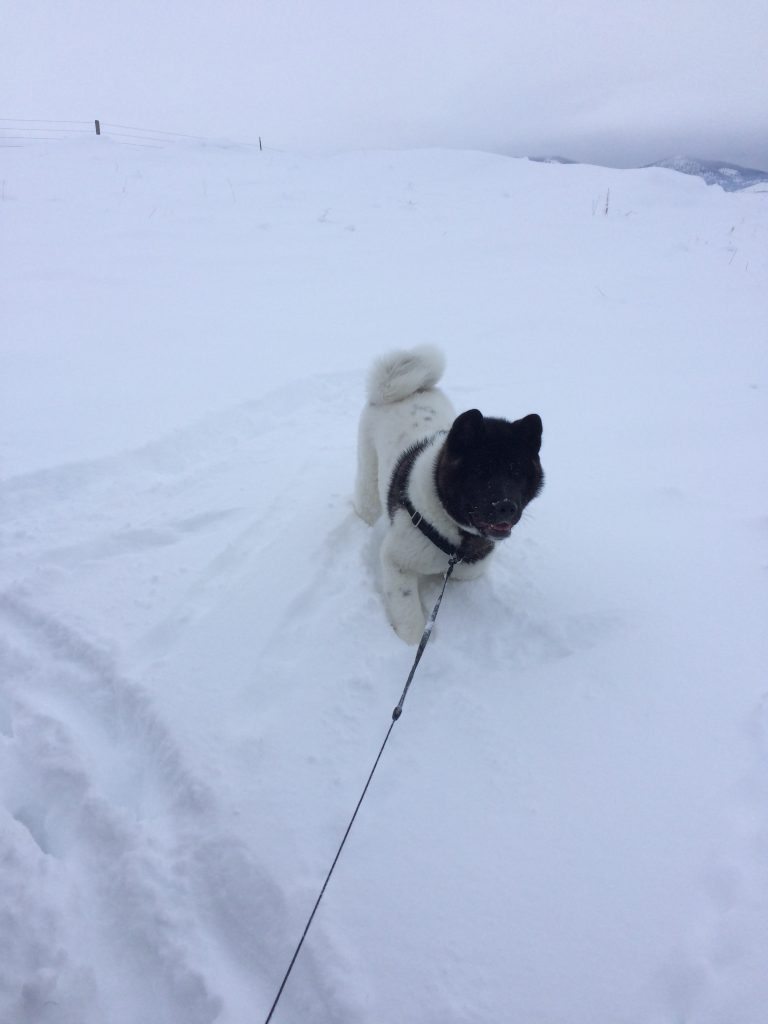 used with permission by Alex Miller

3. They get a little lazy in the summer heat 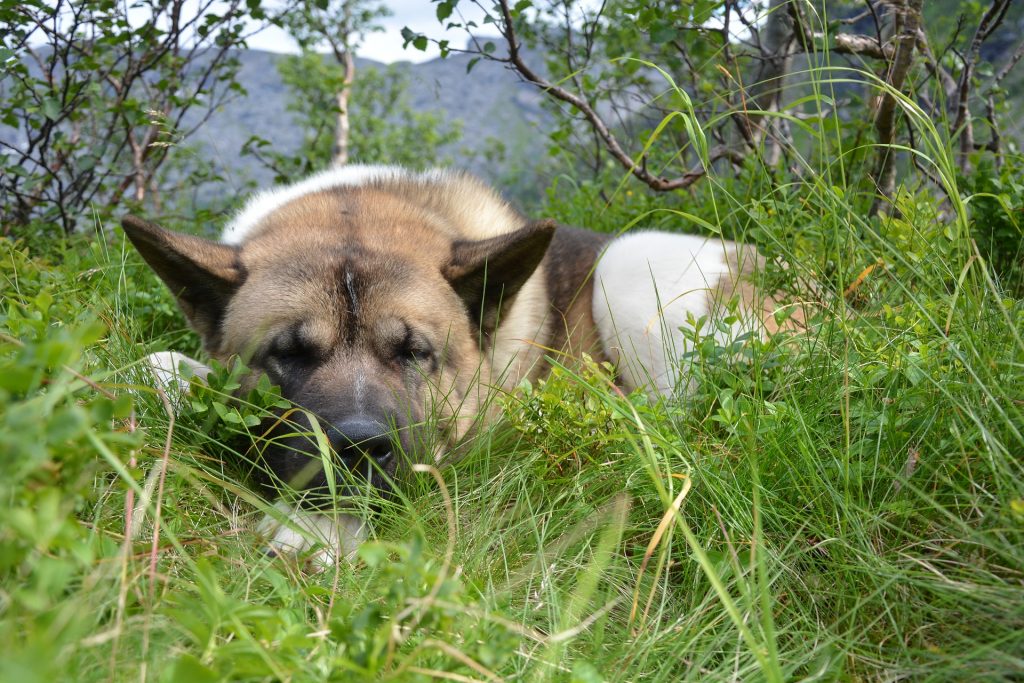 Part of the working class group, Akitas love having a job to do. They’re highly intelligent animals and can figure out doggy puzzles. Like many dogs, Akitas are treat-motivated.

5. You can get lost staring in their bright brown eyes…

6. …even if they’re being a little mischievous.

Clever as can be, Akitas need plenty of supervision and training to keep them out of trouble. 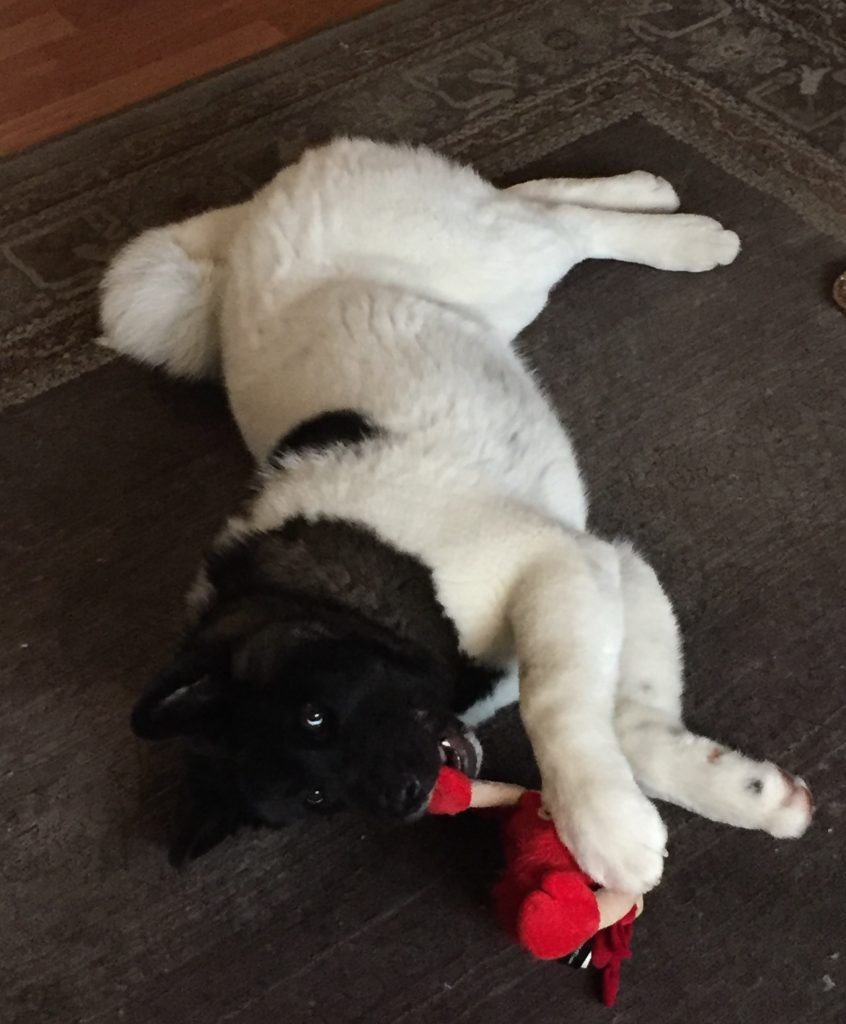 used with permission by Alex miller

7. Akitas have a rich history

Believe it or not, in 1937, the first Akita recorded in the United States was brought over by none other than Helen Keller. Keller found the dogs to be “gentle, companionable, and trusty.”

Though they’re gentle giants and may look like bears themselves, Akitas actually were bred to hunt the Yezo bear, a native species that was too abundant in certain regions of Japan. 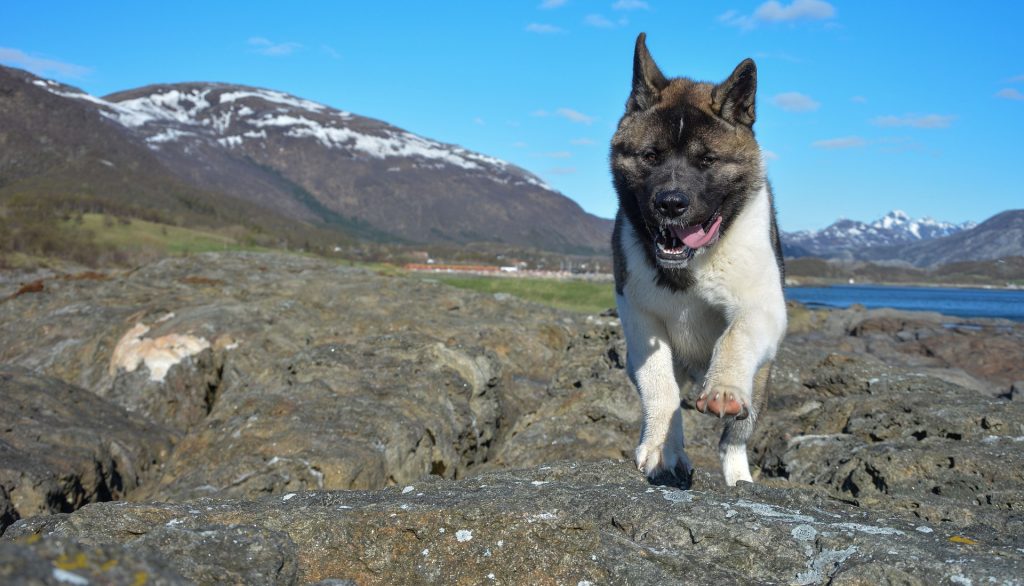 Perhaps due to their heritage, Akitas love being outdoors, splashing through lakes and streams. Because of this call to nature, they are able to apartment and house dogs only as long as they get plenty of daily walks (and an occasional camping trip).

9. Their coloring and tails are unique as fingerprints

Ever heard the phrase, “no two zebras have identical stripes”? Even though most Akita tails are curly, if you get a bunch of these dogs together, you’ll see that no two tails are alike. This can also be true for their coats. Patterns on an Akita’s fur can range from cow-like spots to solid light brown coloring. 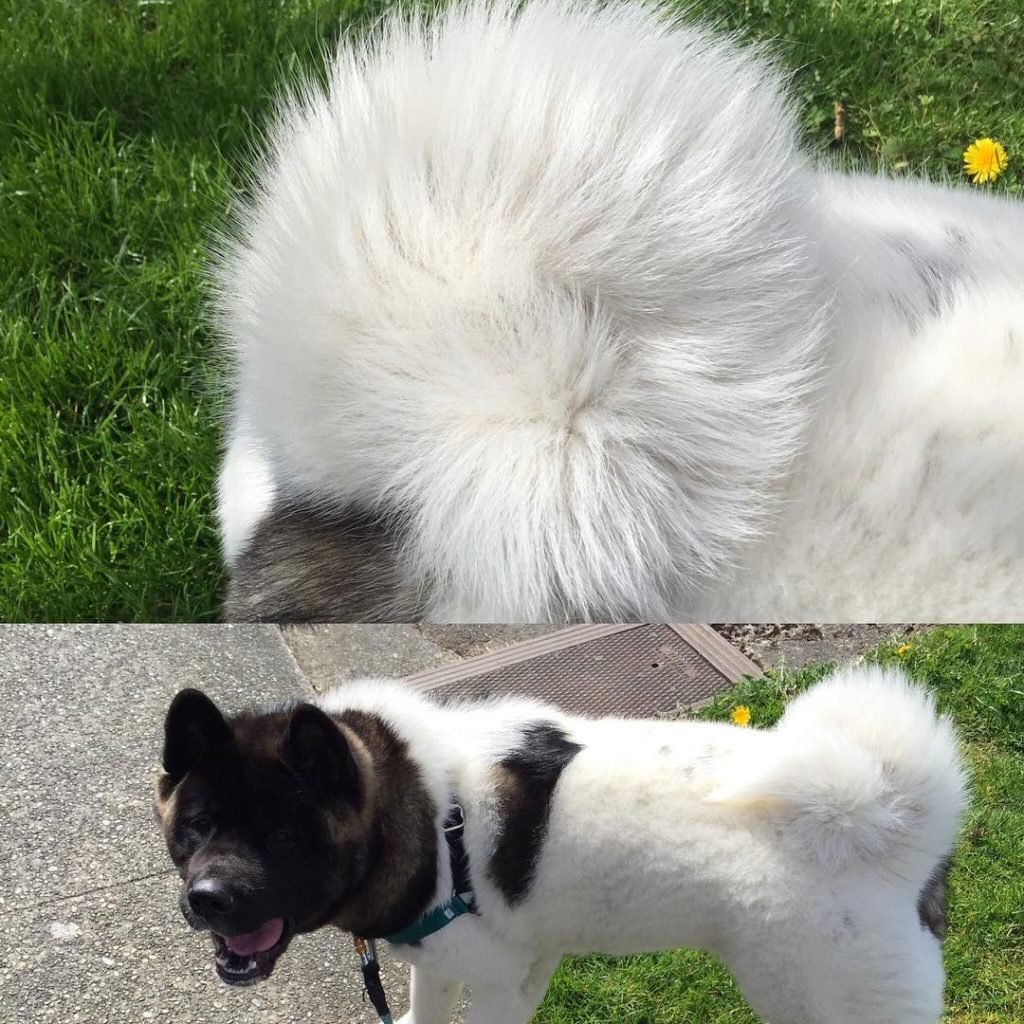 used with permission by alex miller

When an Akita is a puppy, you will not be able to handle that bear cub cuteness! When they grow into their thick fur, noble stance, and intense eyes that just look right into your soul, it’s no wonder that these animals may be mistaken for a bear—a bear you’ll absolutely love forever.