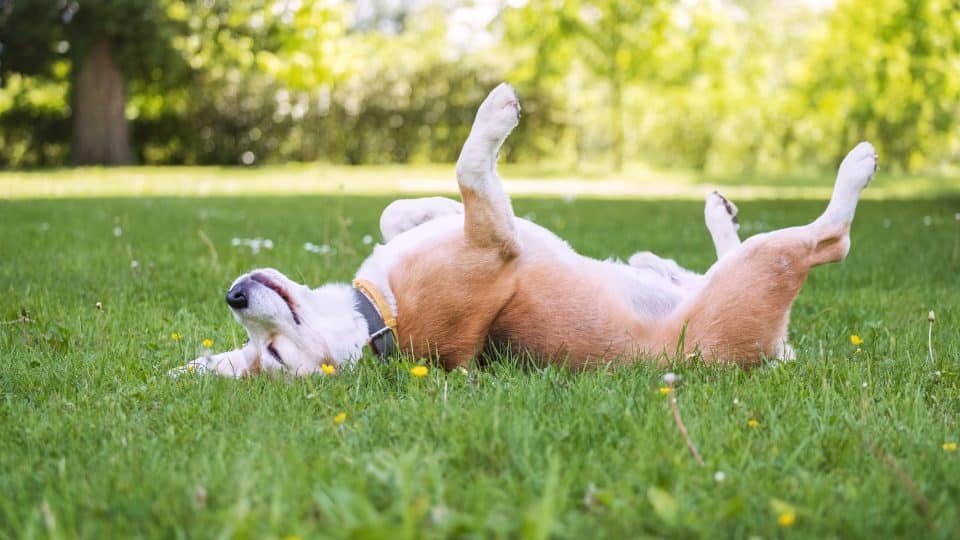 Dogs love to run and play outside, but why do dogs roll in the grass and other, ahem, less pleasant smelling things? Reasons for this rolling behavior run the gamut from scratching that hard to reach itch to an instinct for masking their scent when outdoors.

And though we may not be fond of the odor our dogs give off after a good roll, the fact of the matter is that dogs think dirt, dead animals, fish and seaweed are all pretty appealing! For the most part, rolling in grass and stinky items are harmless. However, it’s important to make sure your dog isn’t rolling in something dangerous to their health, isn’t rolling in a compulsive manner, and isn’t experiencing allergies or being infected by worms. When in doubt, always consult your veterinarian.

To help us learn more about why dogs love a good roll around, in the grass and elsewhere, we consulted Los Angeles-based author and Certified Professional Dog Trainer, Nicole Ellis, to find out some common reasons behind this behavior and when rolling in the grass may be a sign of something more serious.

Dogs Are Hardwired to Roll in the Grass

So why do dogs roll on their backs and roll in the grass? First, according to Ellis, it’s important to understand that this is a natural behavior.

“It’s like a big scratching post for them, so it feels amazing. Why wouldn’t they want to do it?” says Ellis, explaining one of the many reasons dogs roll on their backs. There are several reasons why dogs roll on their backs, which largely have to do with how a dog is communicating. They can be expressing submission, greetings, or a willingness to play. And, when it comes to picking grass for their rolling session, it’s as simple as feeling good and satisfying an itch.

Think about it, if you had an itch, would you pick a smooth surface at home or something textured to really get at that tough-to-reach spot? Exactly! 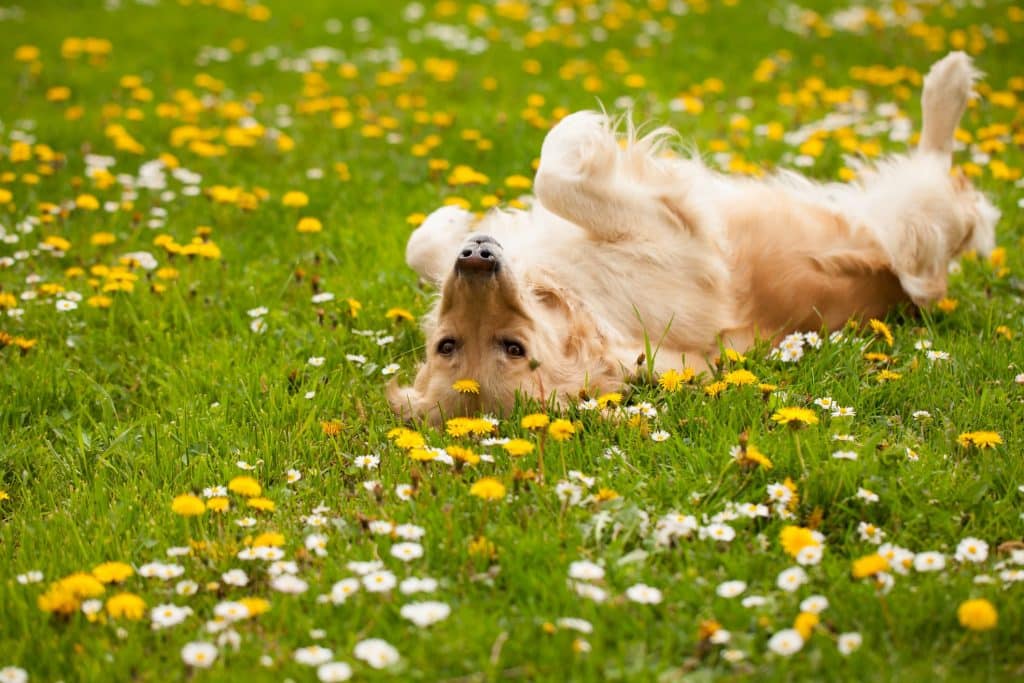 Reasons Why Dogs Roll Around in the Grass (and in Poop!)

There are a number of reasons why dogs can’t resist a good roll in the grass and other stinky areas. We’ll take a look at some of the most common ones, below.

They love the stink

That’s right, the stinkier the better! So, if you’re wondering why dogs like to roll in things like poop and dead animals, Ellis explains that dogs learn a lot about the world through their nose and while things like poop aren’t particularly appealing to us, dogs find it interesting, both for its odor and the information it conveys.

Also, says Ellis, rolling in stink may be a genetically passed down instinctual behavior. “There’s a bunch of guesses,” says Ellis. “The biggest one is covering up their own scent, which is pretty much to hide from prey or other predators.” Out in the wild, it would be useful to mask your own scent, especially if you needed to sneak up on prey at meal time, or hide yourself from larger outdoor predators for survival. This instinct may help explain why dogs particularly love a good stinky roll, even if they’re a modern, well-cared-for pet!

You may be familiar with dogs urinating to mark their territory, but, as Ellis points out, dogs will also roll around on the grass and other areas to mark territory as well.

By rolling on the ground or on an object, your dog is rubbing their own scent into it as a message to other dogs and animals. “They’re saying that that’s theirs,” says Ellis. Perhaps your dog does this on grass on your property, along your favorite walk, or a good spot at the park—these are all ways of claiming territory that your dog prefers. Besides the grass, you may also notice your dog rolling into your comfy furniture, pillows, etc. That’s because they’re claiming these spaces. After all, who wouldn’t want to claim the cushy sofa?

“It’s like a big curry comb,” says Ellis of dogs using grass to scratch an itch, because the texture can feel really satisfying. Bonus? Your dog may also prefer to scratch on grass because of the nice warm sun. Since a dog’s paws can’t easily reach their back, and they can’t tell you where they itch, a back roll is a simple way to get the job done.

However, dog allergies are on the rise, whether it be food, flea, or environmental. So, if you suspect your dog may be rolling around on the grass due to suffering from allergies, it’s a good idea to consult your vet.

As we’ve covered, itching a scratch feels darn good! But there are other reasons rolling on grass can feel good, too.

“Those grass blades that tickle us can serve a function to our pets,” says Ellis, “from helping remove loose fur, to  removing dirt that may have stuck, and loosening up anything on the fur from sap to human scents.”

It’s like a one-stop shop for getting fresh air, itching a scratch, getting cleaned up, or, in some cases, getting nice and stinky! All of which are pleasant to our canine pals. 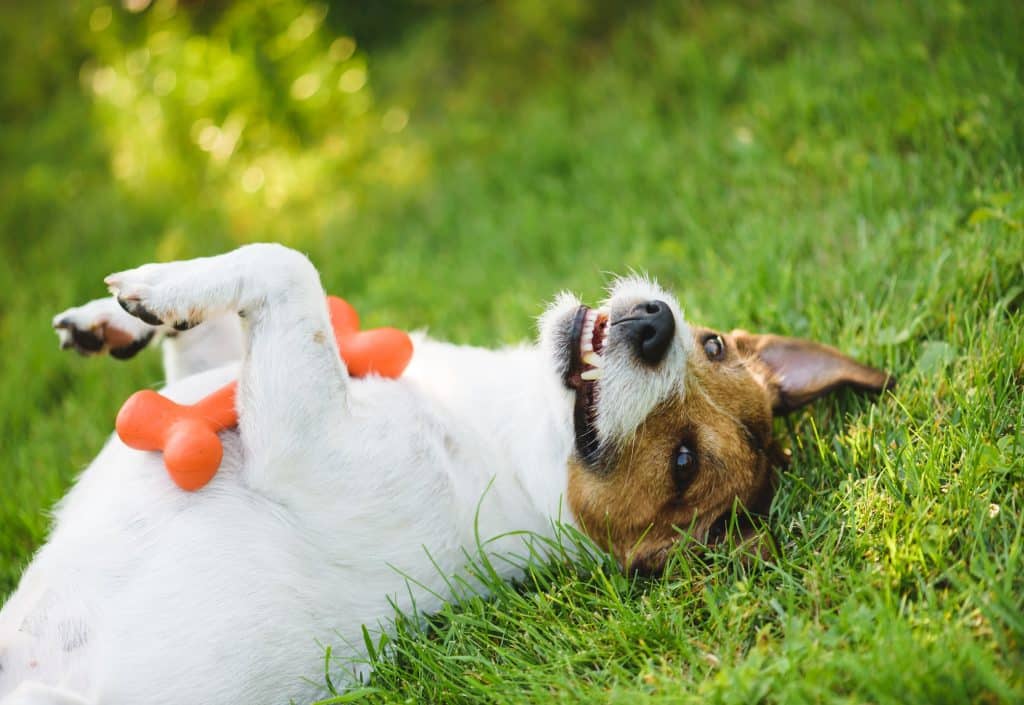 “Dogs can become obsessed with all sorts of things, which can include an obsession with rolling in the grass. And, if so, the best thing we can do is redirect this behavior with treats and training,” says Ellis. You may need to consider consulting a professional to address the issue.

Some dogs, it’s fair to say, are goofier than others. “Some dogs are more serious, and we don’t see them rolling around as much,” says Ellis. However, she says this is not a hard and fast rule, and each dog is an individual. But, if your dog’s personality is on the silly side, it’s highly likely that you’ll see them wanting to roll around on their back in the grass quite a bit.

Should I Stop My Dog From Rolling In The Grass?

If your dog is rolling around for short periods because they’re happy and it’s unrelated to medical issues, let them roll! There’s no reason to stop this behavior and it’s one that feels good and satisfying to them.

However, there may be moments when you need to stop their rolling, say if poop or dead animals are present. If the behavior is compulsive, or if your dog is excessively itching afterwards, they may have an allergy, in which case grass rolling should be discouraged. To determine if an allergy is present, Ellis suggests that, after rolling in grass, wipe your dog and their paws down with some pet wipes and see if that makes a difference in their scratching.

How To Stop My Dog From Rolling In Gross Things

It may be necessary to stop your dog from rolling in grass or other less appealing things. In these cases, Ellis recommends the following steps:

In addition to being diligent about checking for allergies, it’s also a good idea to make sure your dog is tick- and flea-free if they’re fond of outdoor gallivanting. 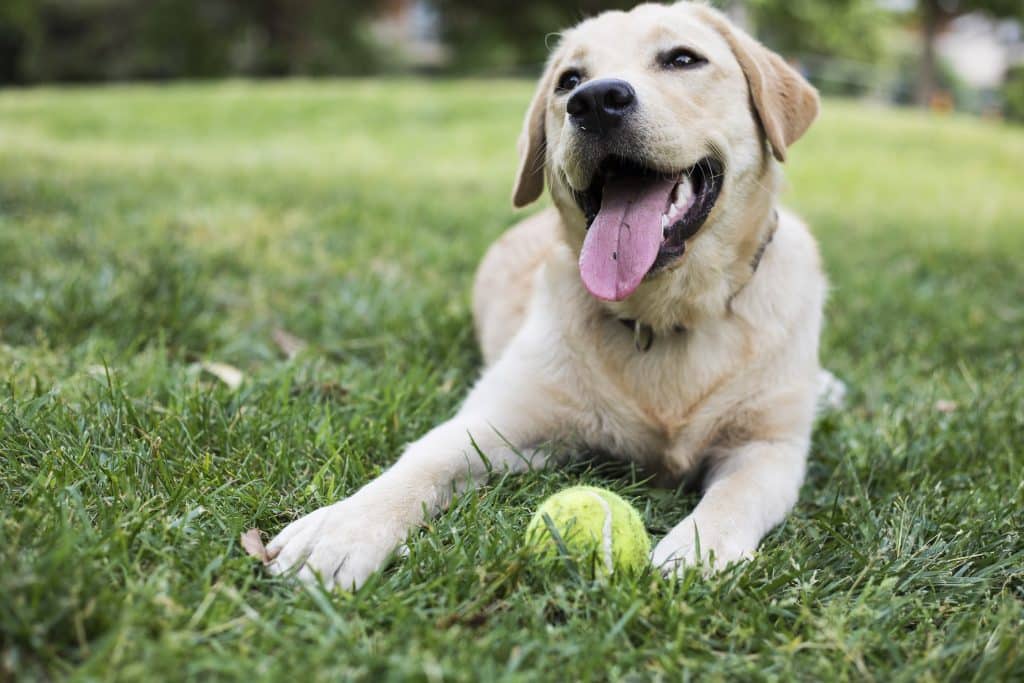 With some exceptions for health issues and compulsive behavior, rolling in the grass is a happy and healthy practice that lets your dog enjoy themselves and their surroundings.

In many cases your dog’s rolling on their backs is a sign that they trust you and want to be fun and playful with you! It tends to be a positive sign that speaks to their good relationship with you, along with gazing at you lovingly, wagging their tail in happy moments, leaning on you and raising an eyebrow. Dog body language can tell us so much about how our dogs feel, and how much they love us!

Nia Martin grew up with cats, dogs, horses, and a goldfish that lived for eight years. Based in Seattle, her writing and photography have appeared in Seattle magazine, The Seattle Times, The Fold, Cascadia Magazine, and Bitterroot Magazine, among others. When not working, you can find her petting dogs and visiting her family's charismatic tabby, William of Orange. 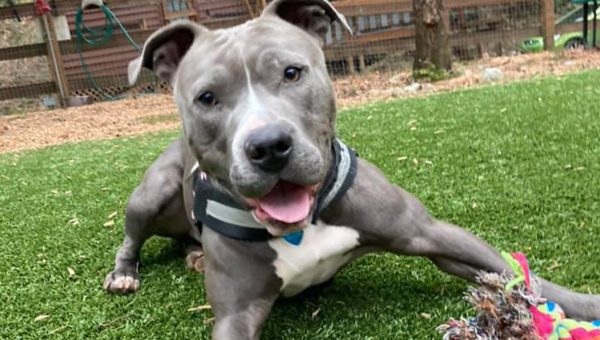 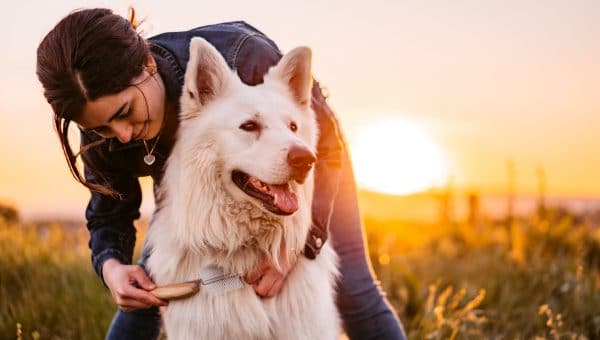 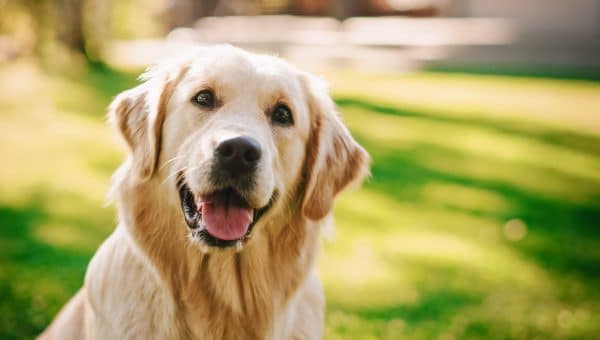