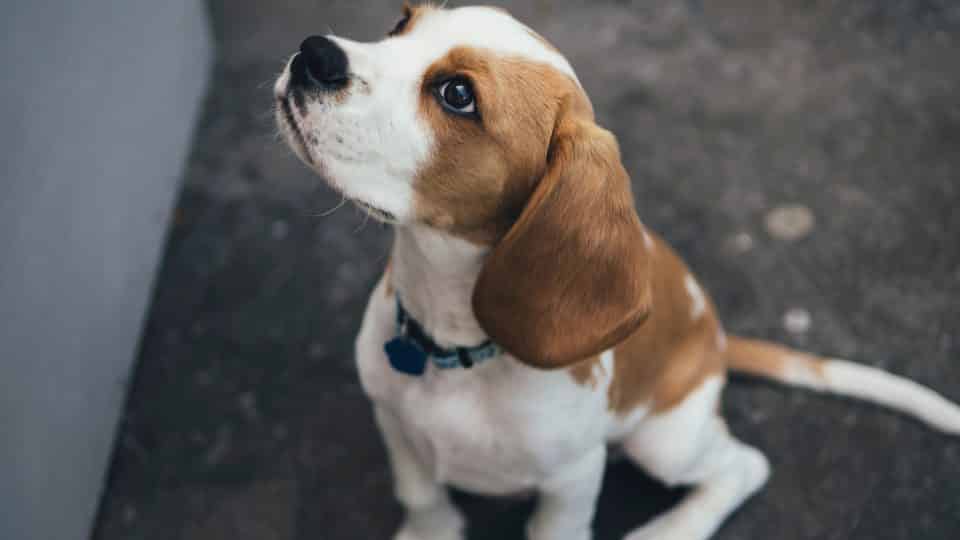 We’ve all heard about their stellar sense of smell, those floppy, furry ears, and the big dreamy eyes—but besides that, what exactly is it that makes pups in the Hound Dog group so darn special? Not to worry, we’re here to give you some insider info on the incredible breeds that make up this group (and we’ll probably have you singing “Ain’t Nothing But a Hound Dog” at the top of your lungs shortly)—get ready!

What makes a dog a hound?

According to Dogster, Hounds are generally divided into scent hounds or sight hounds. But, since nearly all hounds were bred for hunting, all of them have a super-strong sense of smell or impeccable sight.

They’re a diverse bunch though—some of them are slow and steady (with wicked-sensitive noses), while some are fast as the wind and excellent at spotting small prey or gifted with endless stamina that will have them following a scent for miles on end.

Almost all hounds are a little noisy, with an impressive howl (known as a bay) that’s sure to make them stand out…particularly to your not-so-happy neighbors. But don’t let that completely deter you from appreciating these breeds—with proper training and attention, those quirks can be kept under control.

Plus their good characteristics like patience, friendliness, loyalty and dependability more than make up for it! Here are some particularly lovable hound breeds that we want to introduce you to: 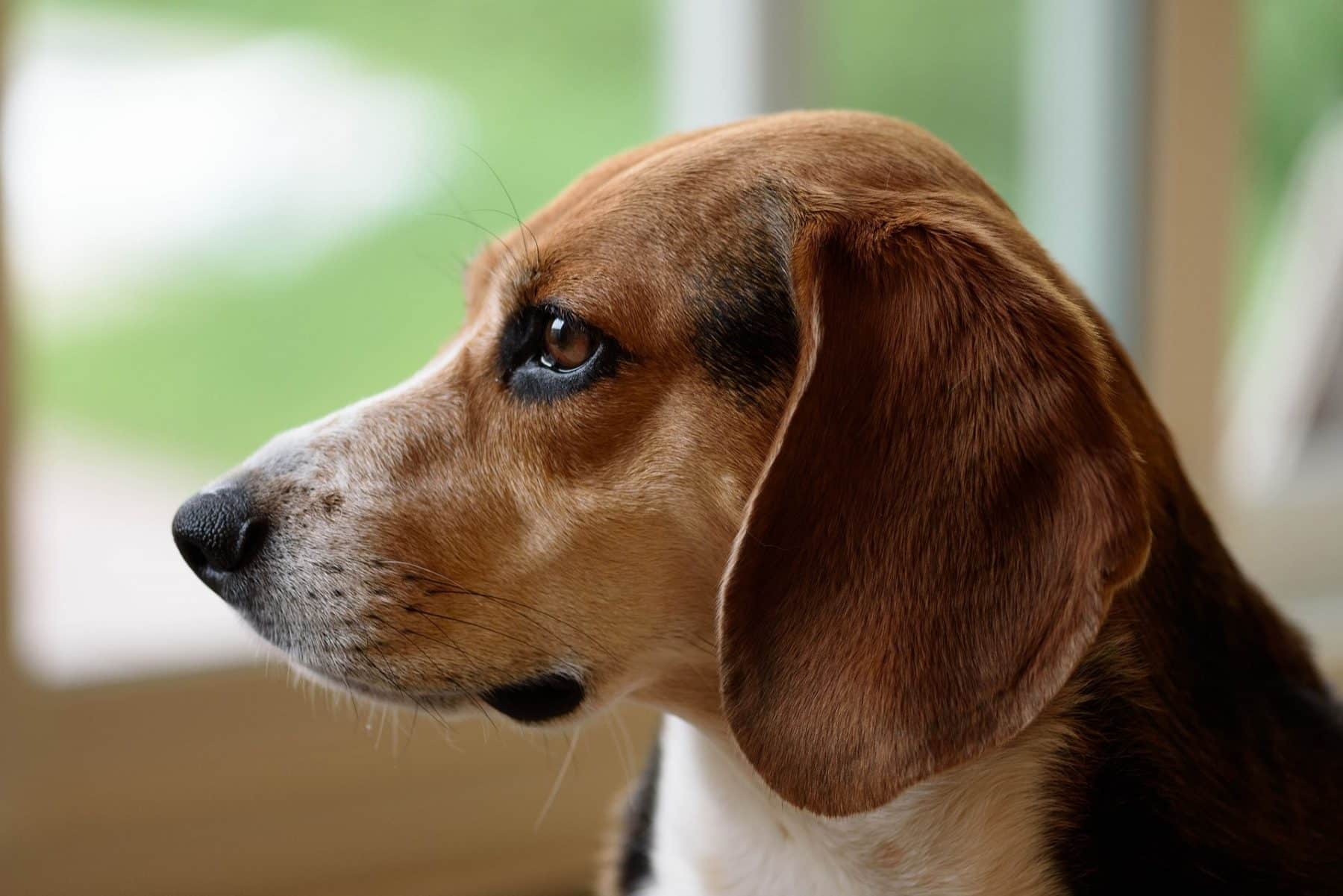 Yep, there’s no denying it—the beagle is one of the cutest breeds of them all! These dogs were originally bred to be hunters, but they also make wonderful companions and loving family members. Happy, fun-loving, and loyal, this breed can be lemon-colored, red and white or tricolor, with big eyes and long, soft ears to boot.

Make sure to give your beagle plenty of playtime since they’re curious pups, and are bound to get into a little trouble if they’re not kept entertained. You’ll also need to keep a close eye on them since they’ll follow their nose anywhere—even into not safe situations (out of your yard, into the streets, etc.). 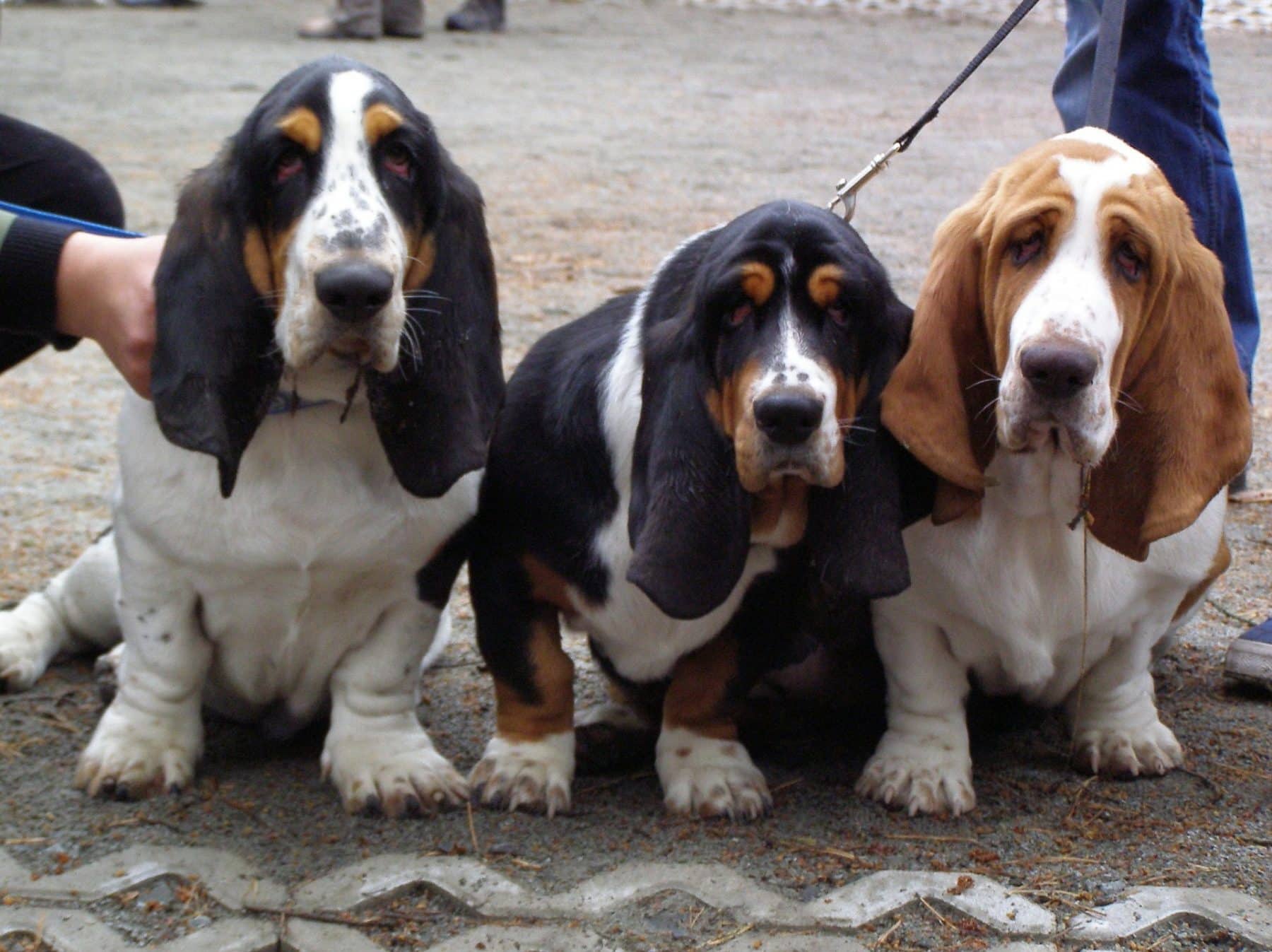 Though mostly known for those droopy, soulful eyes and long, long ears, these hounds have so much more to offer! Originally bred for hunting hare, their sense of smell is incredible, only slightly less impressive than the Bloodhound. Their long ears are also functional, sweeping up scents from the ground and sending them toward their nose.

These dogs make excellent family pets, and are generally laid back and lovable at home, though they can get a little feisty when they’re on the trail of a really interesting scent. They’re also known to be a little, uh, vocal—so make sure you don’t leave them unattended outside for too long—your neighbors may not appreciate it. 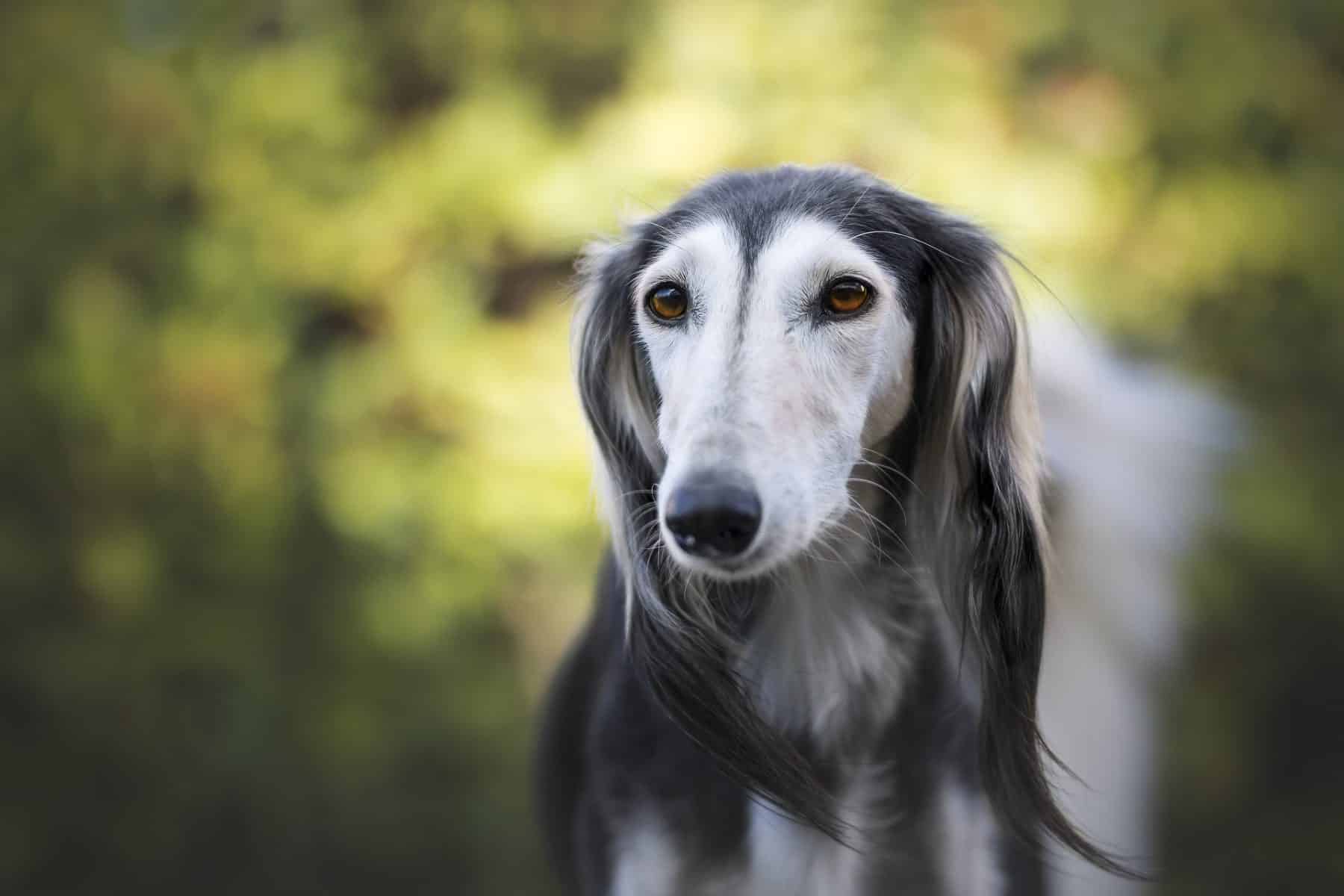 According to the American Kennel Club (AKC), the Saluki breed is one of the oldest breeds in the world—used as a hunting hound by kings, pharaohs, and other important figures of the past. Considered sighthounds, they’re swift and gifted with impeccable vision.

They’re also extremely elegant, with long, slender limbs and gentle eyes, giving them a dignified and noble look (which is another reason they were so popular with royalty).

Salukis are able to adapt to most situations, so long as they get enough exercise, playtime, and cuddles from the people they adore. You’re also going to want to give that silky mane a brushing every week to keep it looking it’s best. 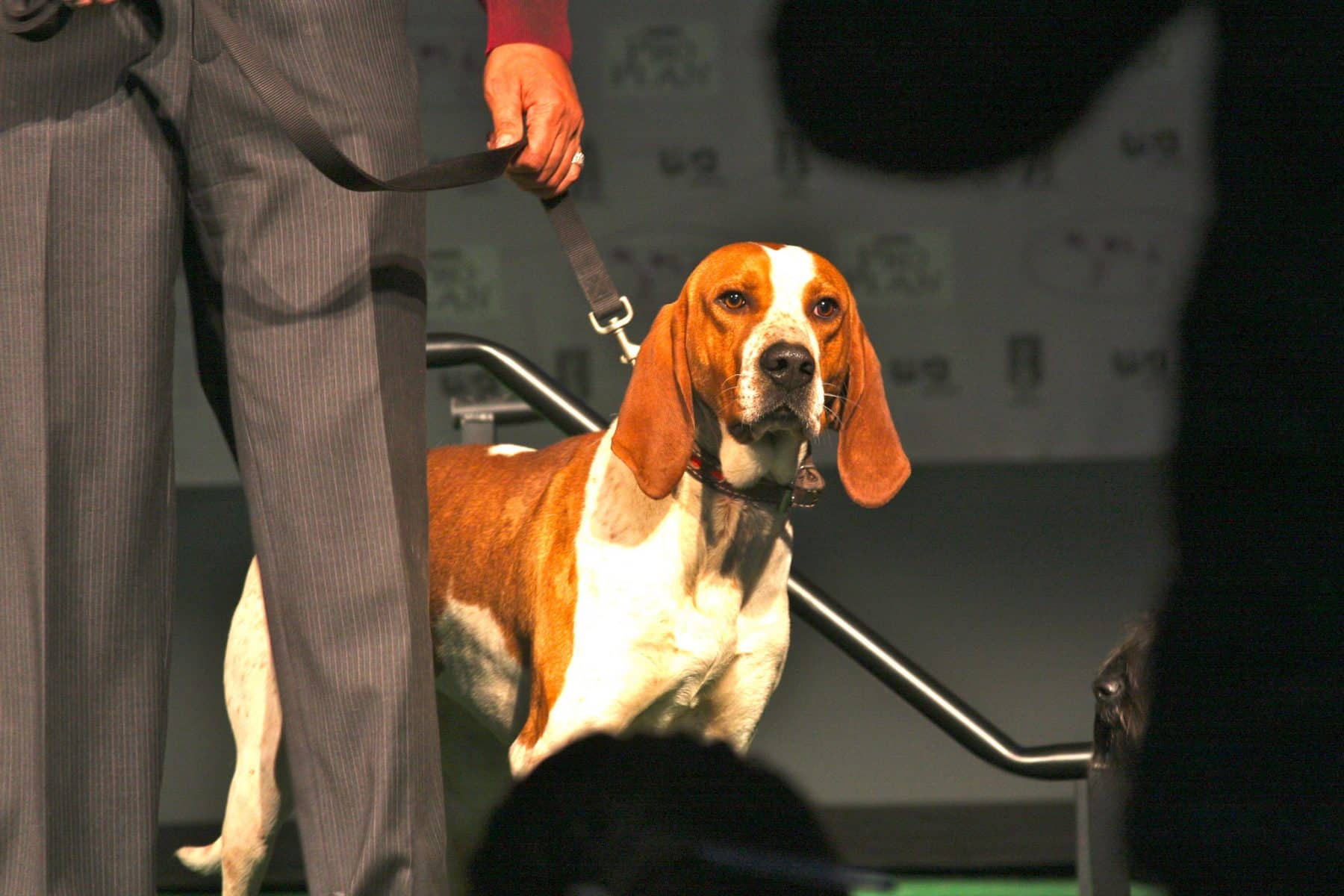 American English Coonhounds were bred to hunt raccoons and foxes. They were first brought to the United States in the 17th century by European settlers and were originally called “Virginia Hounds”.

Best for more experienced dog-owners, this breed is friendly and fun, but can also be a bit stubborn when it comes to training—plus that bark is a little loud and boisterous for some. 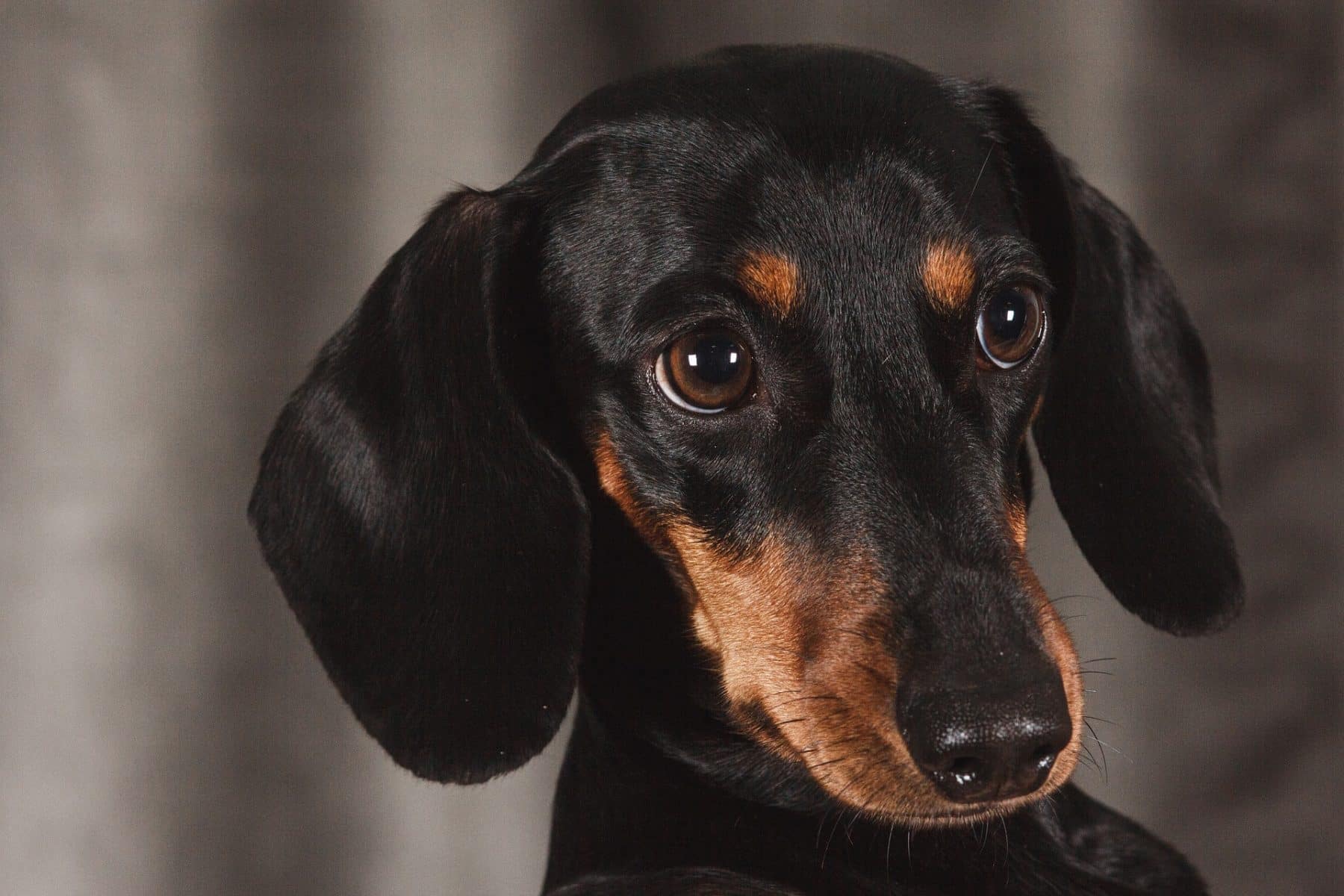 Small but mighty, Dachshunds are scent hounds that were originally bred to hunt badgers (since they could dig their way into the dens), rabbits, and foxes—and sometimes they were even used to trail wild boars.

They aren’t exactly built for strenuous activity, but they’re clever, independent, and cute, making them quite the fun addition to the family, though they’ll require a bit of training and discipline to keep them in check.

Dachshunds are a diverse breed and have three kinds of coats—long, smooth, and wirehaired, and can be either standard or miniature sized. 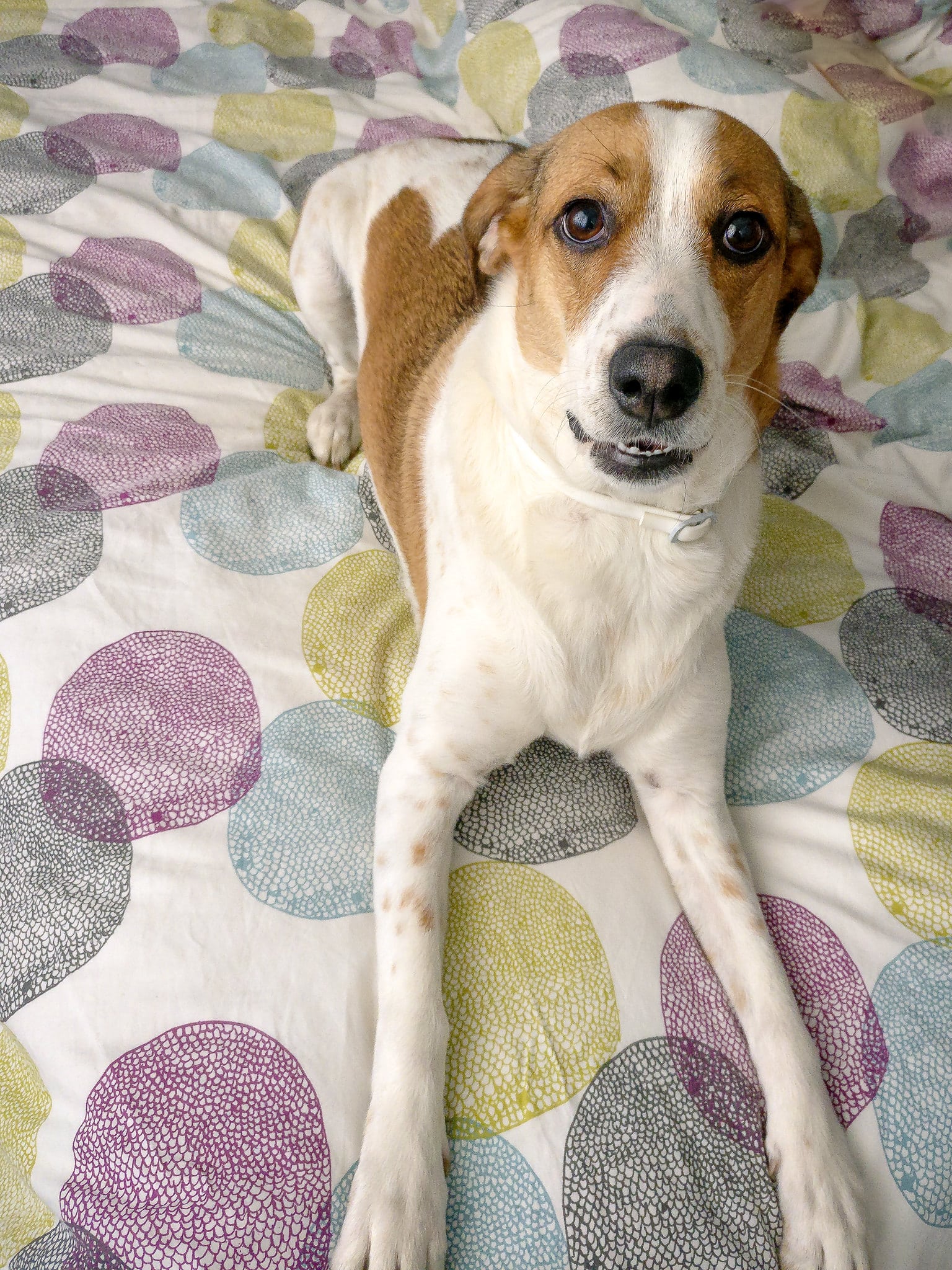 Bred to hunt foxes (duh), English Foxhounds are scent hounds that love running around outside with other dogs—meaning they’re happiest when they have a large fenced yard where they can exercise and play.

This breed is known for their endurance, and they can trot along for hours outdoors without needing a break. They’re also known for their loud, distinctive bark. In fact, The AKC says this breed is so pack-oriented and driven by instincts that they’re not often seen as house-pets, and are usually a better fit for huntsmen who own many of them at a time and take them out regularly. 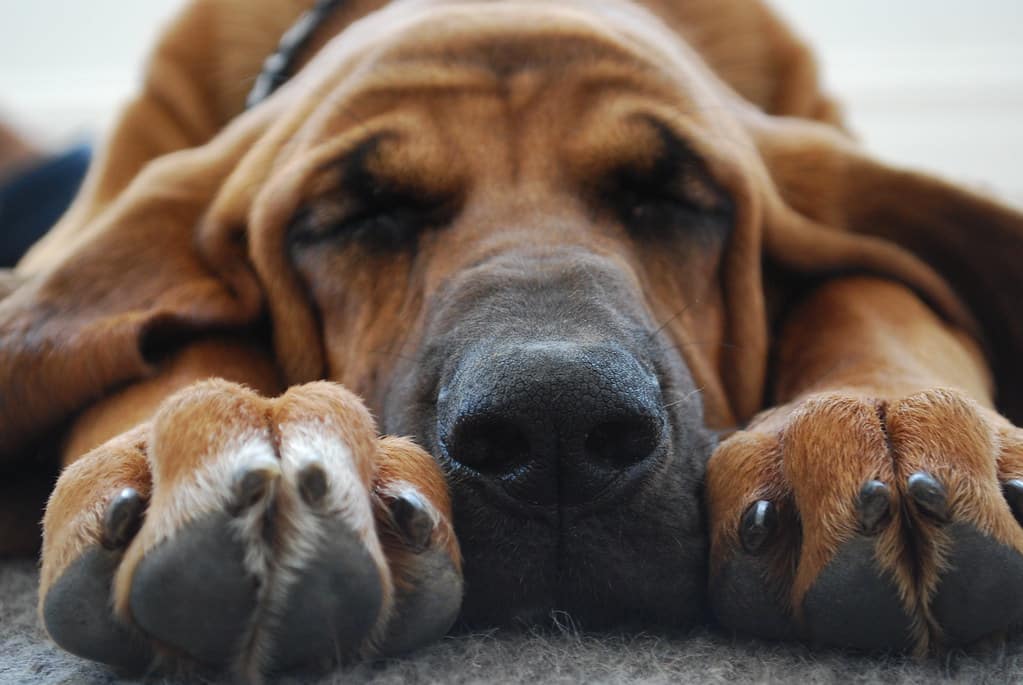 Perhaps the most well-known of the whole hound group, the Bloodhound is by far the most accomplished smeller around. Bred to hunt deer and wild boar, this super-smart breed was perfected in Western Europe almost a thousand years ago.

Bloodhounds are especially talented at locating missing people, which is why they’ve earned their nickname, “Sleuth Hound”. And once a Bloodhound is on a scent, it’s nearly impossible to distract them from that—making them indispensable for law enforcement searches.

Their appearance also sets them apart, with plenty of heft to them (they can weight up to 110 pounds), sturdy legs, an adorably wrinkled face, long, drooping ears, and warm, deep-set eyes. Ranging in hues from black and tan to red, this breed is definitely hard to miss.

As a part of the family, Bloodhounds are gentle and friendly, and being pack animals, they love spending time with their favorite people—including kids! 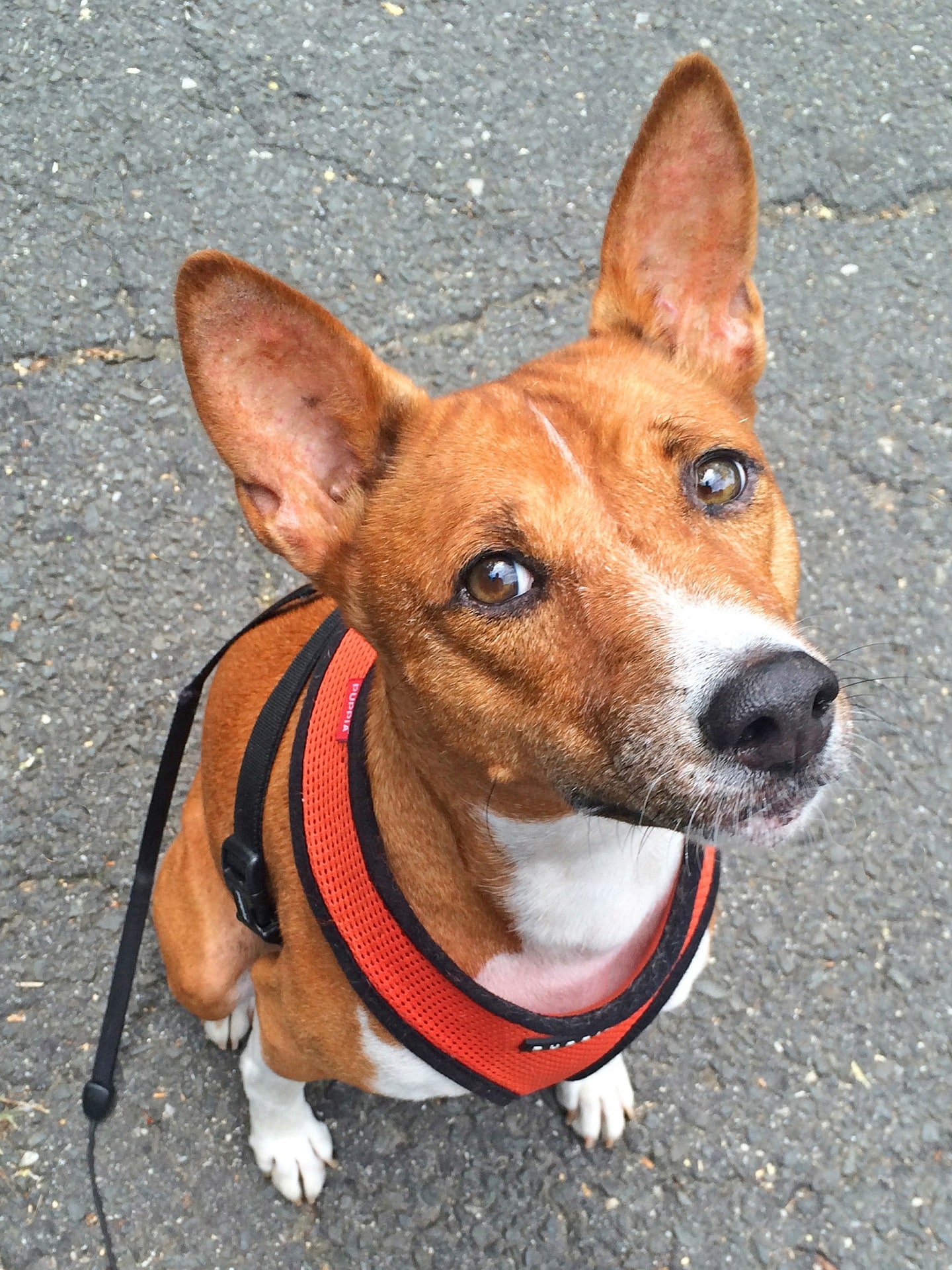 Though Basenjis are a bit different than other hound dogs, they’re considered part of the sighthound group because of their keen sight and quick speed when hunting. Originating in central Africa many years ago (they’re also one of the oldest breeds), Basenjis are known for their unique way of running, with long strides like a little racehorse.

Unlike other hound dogs, this breed does not bark or bay—though they do have a strange yodel-type sound they make when trying to express themselves. Fairly small, these dogs have a short coat, curled tail, and expressive faces. 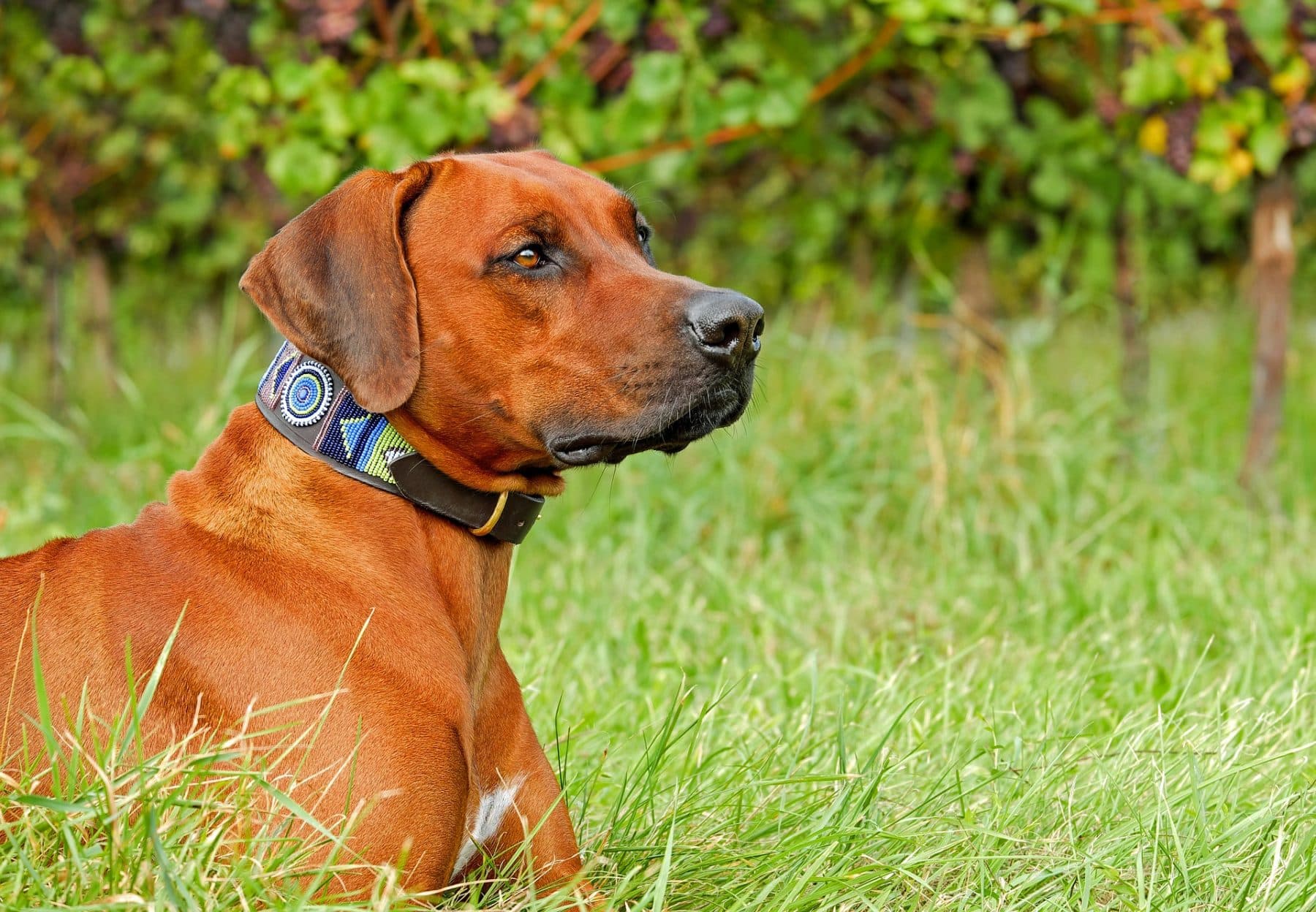 From the Southern Africa region, the Rhodesian Ridgeback (known for the stripe of backward-growing hair on their coat) was originally bred to “confront and confound” lions. They were also good at fending off leopards and baboons, hunting antelope, and protecting the homestead for their humans.

Not for the first-time dog owner, this breed is fiercely independent and definitely needs a steady, experienced hand when it comes to training. Everyday exercise and mental stimulation are essential for this breed—and if you keep them entertained they’ll make a wonderful addition to the family. 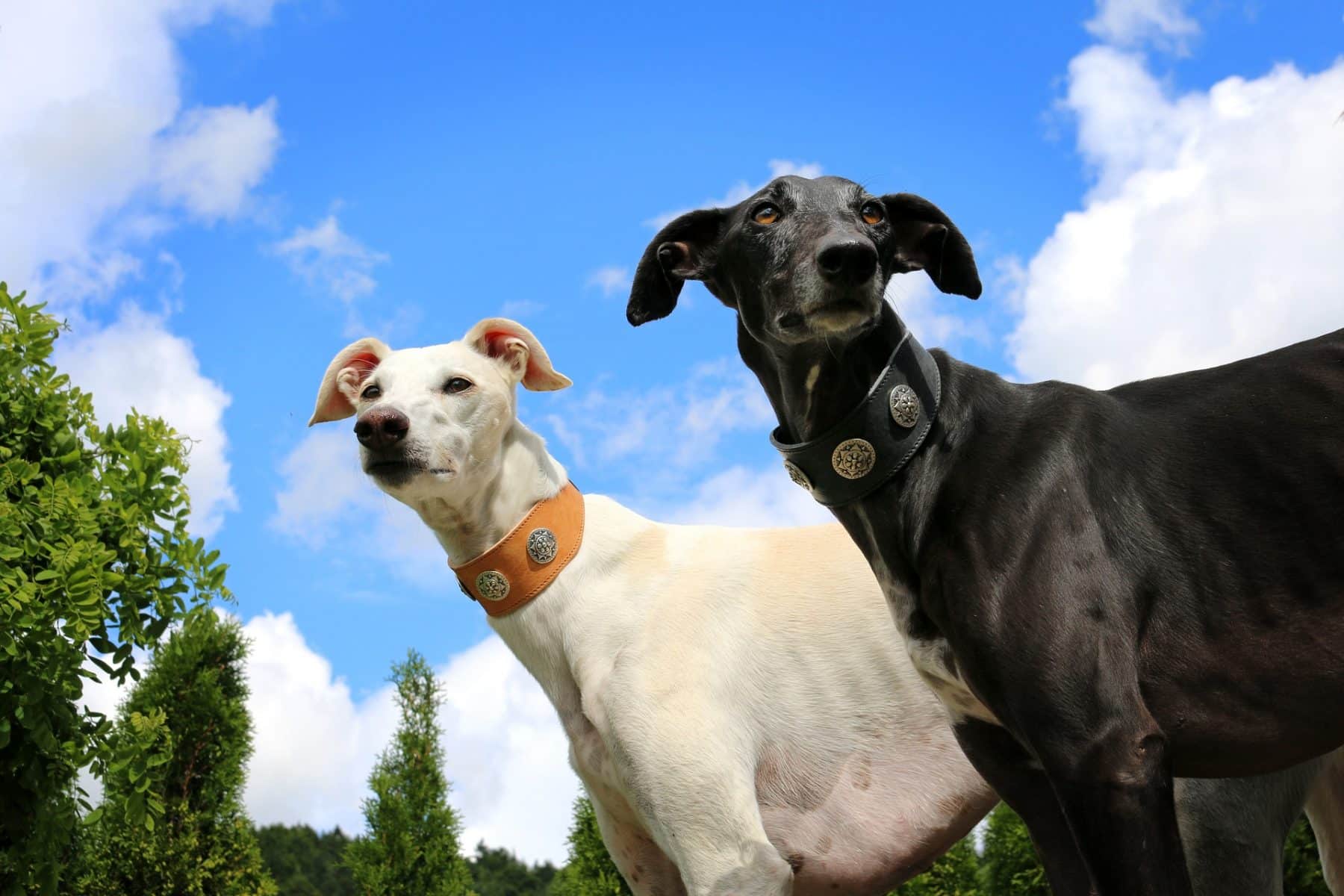 A popular family pet, these sighthounds are considered the “champion sprinters” of the dog kingdom. They were originally bred to hunt hare, foxes, and deer—which they excelled at, considering they can reach speeds of up to 45 miles an hour!

Not only is this breed really fast, but they’re also wonderful companions and family pets. They tend to be sweet-tempered and gentle, with a graceful and elegant appearance that only adds to their appeal.

Looking to add a Greyhound to your family? Consider adopting a “retired” racing Greyhound instead of a puppy—they’re often in need of loving homes, and can truly adapt to most situations (they even love apartments!) and offer up never-ending love and loyalty to family members. 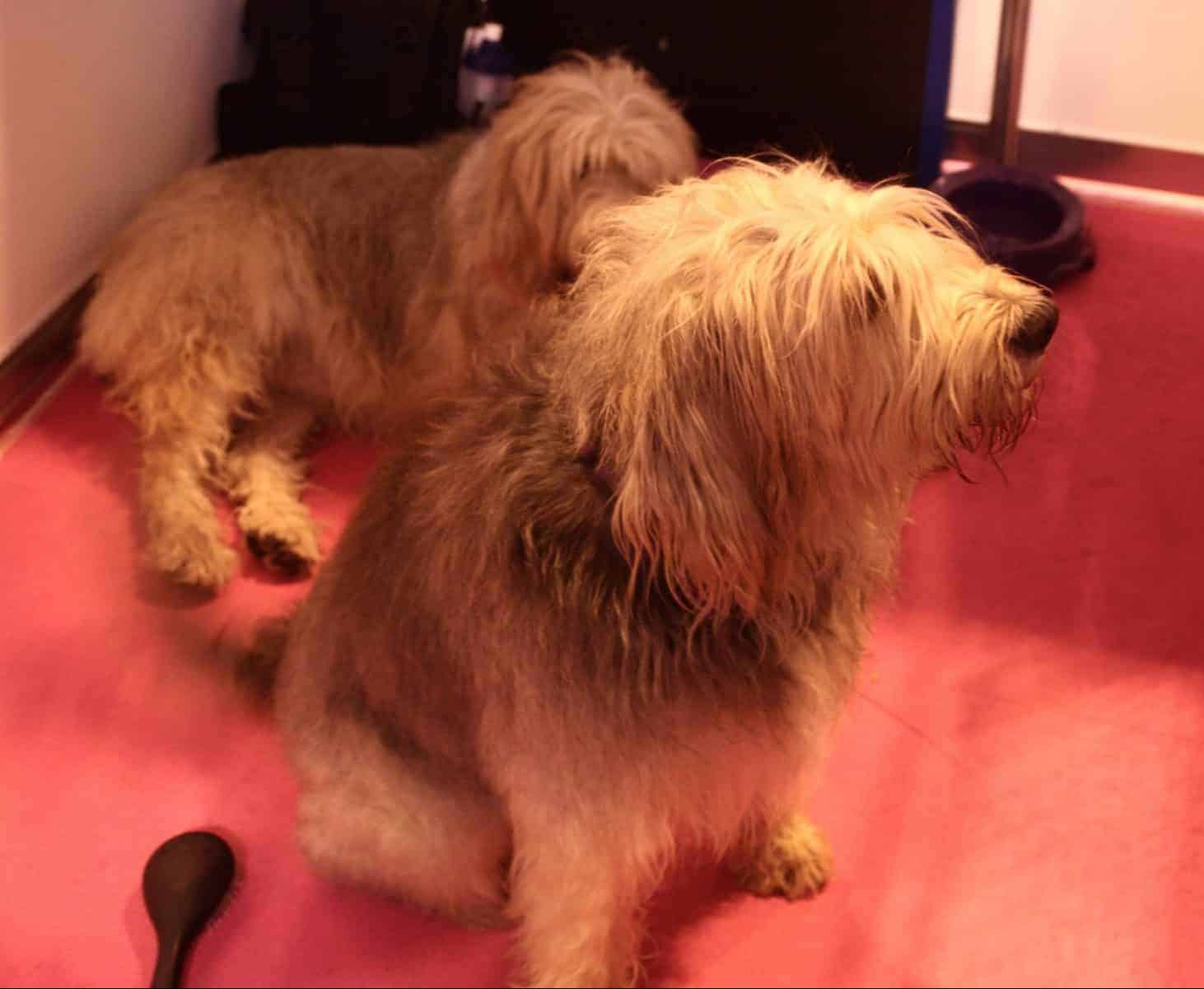 The Otterhound is a British scent hound and is considered to be a “Vulnerable Native Breed” by the American Kennel Club, since there are only about 600 of this breed in existence worldwide.

These pups require a lot of exercise, so they’re ideal for families who live in the country (or who have a big backyard). They also love to swim, so take them to the water whenever possible—just expect things to get a little messy. Which is how they generally are, whether it’s tracking mud or slobbering water, so clean freaks may not be the best fit for this breed. 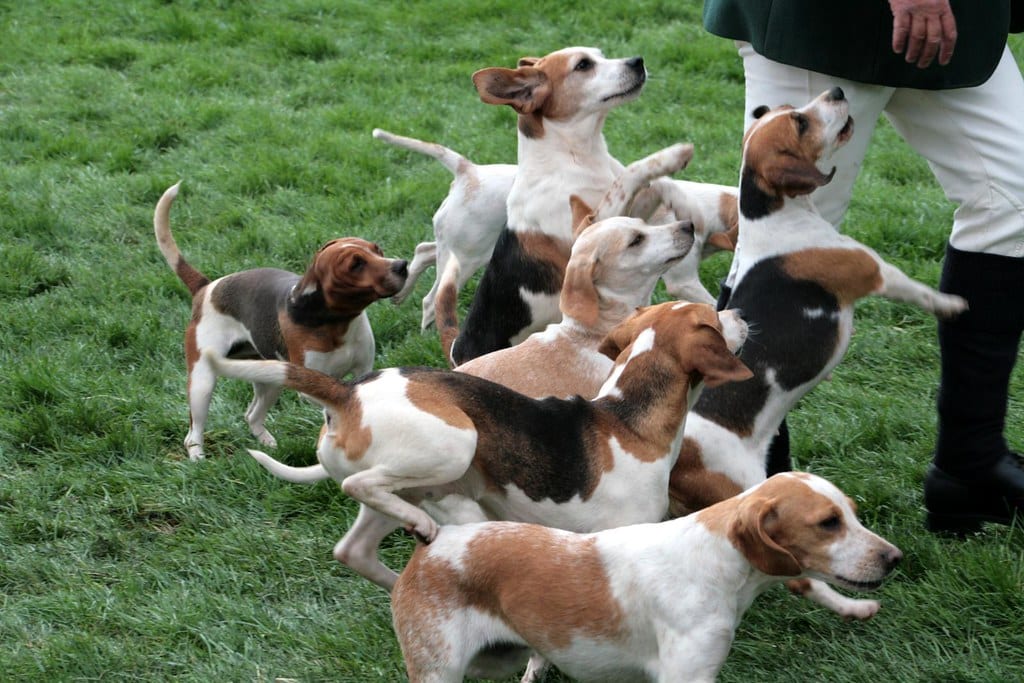 This breed is considered very rare, so you may have never seen one, though they were recognized by the AKC in 1885.
Harriers look a bit like Beagles, and it’s thought they first came about for hare-hunting in England around the 1200s.
They’re a friendly and outgoing bunch, though they sometimes do have to be watched around smaller animals since they may view them as prey (oopsies!). They’re considered good with families—just make sure to not let them get bored.
Though these breeds tend to be better suited for experienced dog owners who are ready and willing to train them, they’re sure to bring loads of love and affection into any household.
Source: https://www.dogster.com/uncategorized/hounds
Share122Tweet0Pin It3