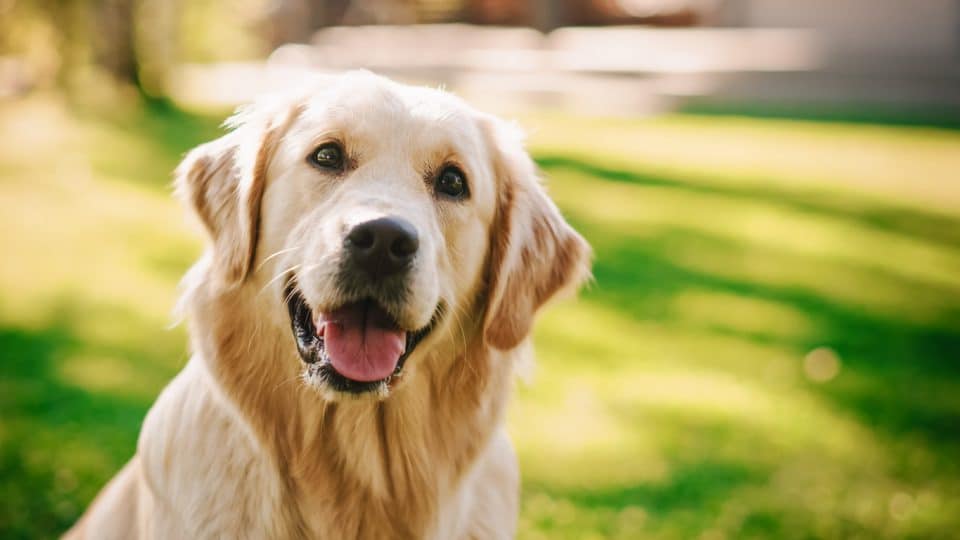 When you imagine different dog breeds—say, “Labrador Retriever,” “Poodle,” and “Rottweiler”—do you think of a dog’s appearance, behavior, or both? How would you feel if one was approaching you on a sidewalk or hiking trail? Do you have preconceived notions before you get to know that specific dog?

The publication of the recent study “Ancestry-inclusive dog genomics challenges popular breed stereotypes” is jumpstarting nature vs. nurture conversations about just how much genetics predicts a dog’s behavior and personality.

The results found genetics can predict physical traits much more than behavior, and accounted for less than a quarter of the eight behavior traits explored in the study. While “biddability,” aka “how well dogs respond to human direction”—as with Border Collies—was the most heritable, the least proved to be “agnostic threshold,” or “how easily a dog is provoked by a frightening, uncomfortable or annoying stimulus” (translation: aggression).

It also found even the most heritable traits varied between individuals of the same breed. 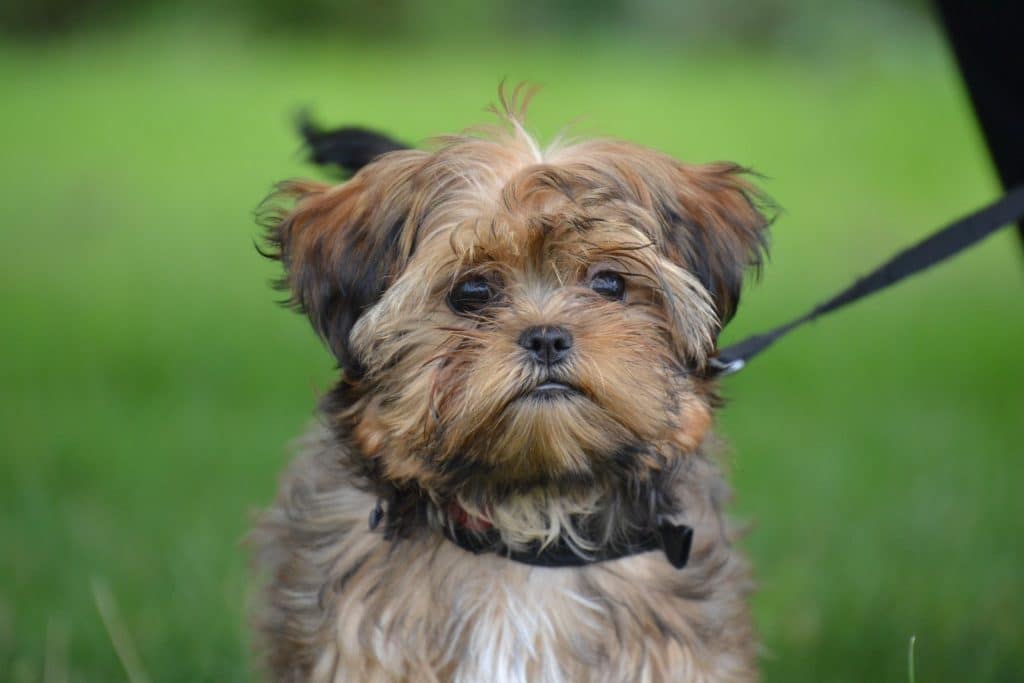 Every Dog Is an Individual

The findings are one more reason why municipalities should enact behavior-based policies rather than breed bans, according to Laura Donahue, director of legislation and advocacy for the nonprofit Best Friends Animal Society, which is working to make America “no kill” by 2025.

“We were absolutely thrilled to see the research. It just affirms what we already know: Every animal is an individual,” she told The Dog People.

We were thrilled to see the research. It affirms what we already know: Every animal is an individual.

While breed-specific legislation is increasingly being challenged and overturned—such as voters ending Denver’s 30-year ban on Pit Bulls in 2020—there are still many restrictive laws in place, which Donahue finds perplexing. She hopes the study will help encourage legislators to look at research rather than fear-based anecdotes and stereotypes, and for dog lovers to consider adopting pets based on their individual personalities rather than looks.

“I know the old adage ‘You can’t judge a book by its cover’ seems a little trite, but it’s absolutely true,” she said. “Every single dog is an individual, just like every human is an individual.”

While other canine experts agree that every dog is an individual and should be treated as such, there’s less agreement with the study’s conclusion that breed is not very predictive of behavior.

Veterinarian Gary Richter, MS, DVM, CVC, CVA, owner of Holistic Veterinary Care in Oakland, California, medical director of My Pet Thrives and author of The Ultimate Pet Health Guide, said the study is a bit of a “mixed bag.”

“I would very much agree with the fact that dogs are individuals. Just like with people, any individual dog could potentially display any sort of personality or behavior traits,” he told The Dog People. 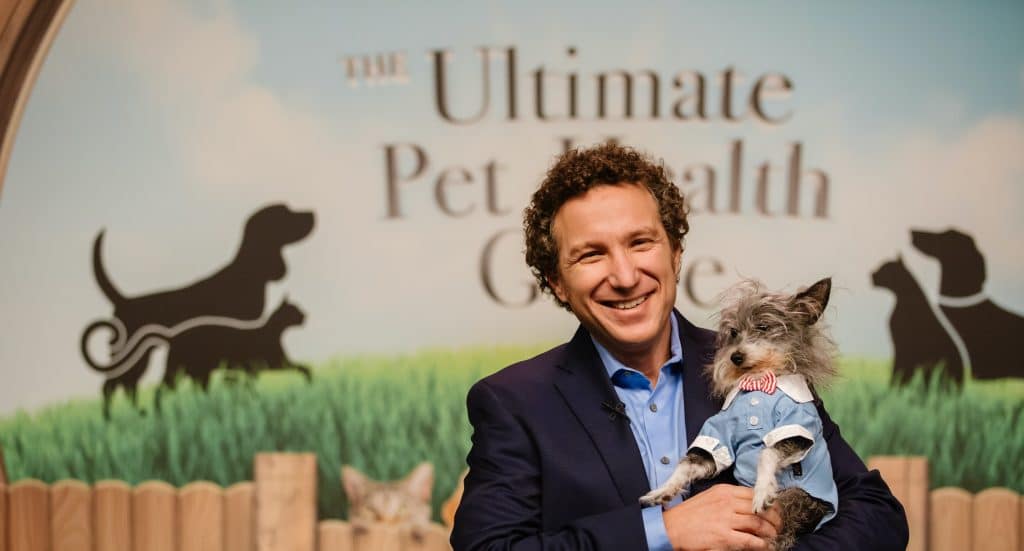 However, in his experience, there is some general consistency across breeds with certain personality traits. For instance, his patients who are Golden Retrievers tend to be outgoing, friendly dogs. On the flip side, whenever a Chow Chow or Belgian Malinois enters the practice, he doesn’t expect the dog will be “super happy to interact.”

In one vet’s experience, there is some general consistency across breeds with certain personality traits.

Dr. Richter is quick to note there are certainly exceptions. He acknowledged the possibility that if someone chooses a certain breed to, say, work as a guard dog, they might not take them to the dog park or offer the same socialization and enrichment opportunities as someone looking for a sweet family dog, which might reinforce public perceptions.

Whatever the breed, he feels strongly that early socialization—exposing puppies to many different people, animals, and situations—and training is important for every dog.

“I always tell people, the time you put into your dog’s first year of life from a training perspective will pay you back for the rest of their life,” he said. “It’s a really good time investment.”

Dog behaviorists and trainers echoed the importance of nurturing dogs as individuals through socialization, positive training, and enrichment—but believe a breed’s reputed “nature” should also be taken into consideration.

Adem Fehmi, MCFBA, a United Kingdom-based dog behaviorist and trainer who is owner and founder of Dog-ease and a canine expert for televised dog shows like Crufts, feels impressed by the large number of dogs involved in the study. But he thinks it’s subjective to ask owners to report on their dogs’ behavior. 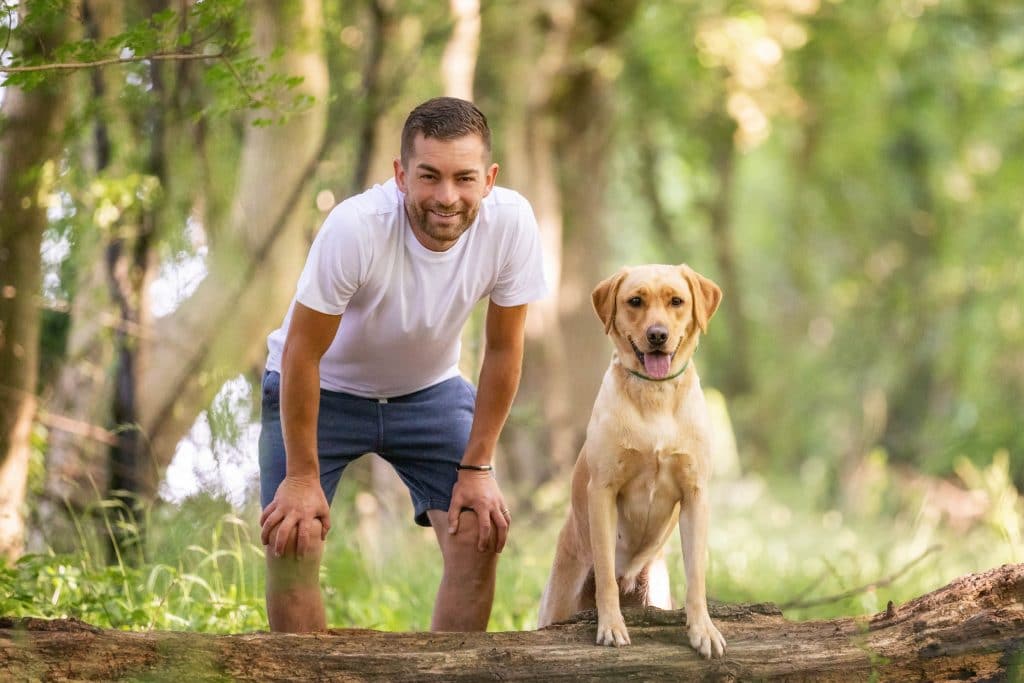 Fehmi said while breeders might breed for appearance for conformation shows, they also breed for jobs ranging from herding livestock to working as a guide dog. A dog bred for high energy, for example, without a proper outlet for their energy might chase city joggers or delivery drivers—and the owner might report it as an undesirable behavior.

It’s subjective to ask pet parents to report on their dogs’ behavior—a range of age groups, environmental factors, or unproven anecdotes may influence the responses.

Dogs within the same litter can have very different prey drives, too. This underscores the need to treat every dog as an individual, he emphasized. But certain breed characteristics can help determine how to train them.

The Role of Genes

American Kennel Club Canine Good Citizen evaluator and licensed Rally and Obedience judge Laurie C. Williams, CPDT-KA, owner of Pup ‘N Iron Canine Enrichment Center in Fredericksburg, Virginia, has never believed all dogs of a certain breed will act a certain way because so many factors influence a dog’s temperament and behavior. But she feels people should consider the genetic needs of a dog based on the jobs they were traditionally bred to do. 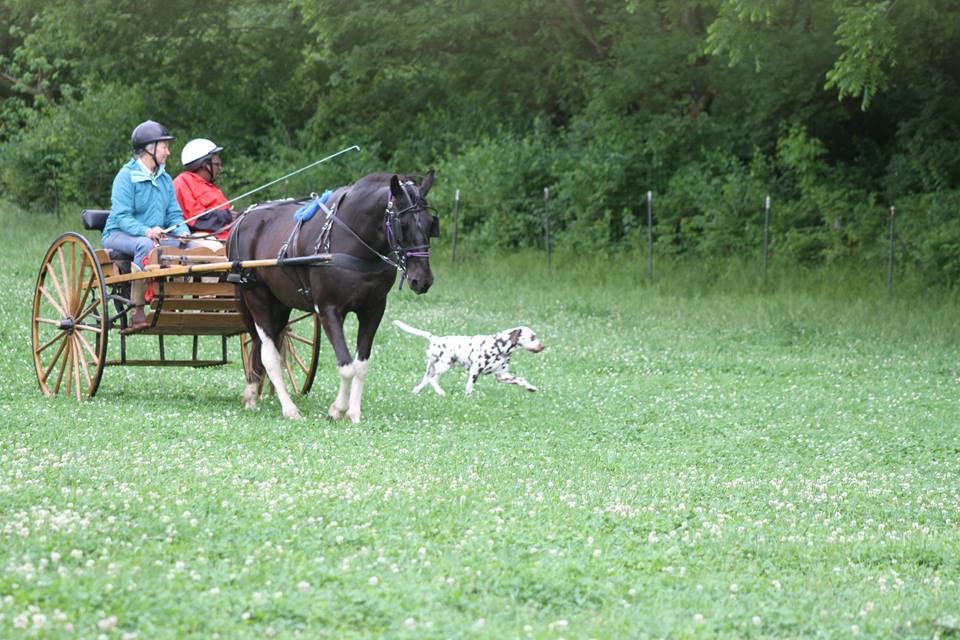 Williams bristles when people say Dalmatians are aggressive since she’s had them as pets for 25 years. She feels their bad reputation stems from not giving these high-energy dogs the exercise they need—they were carriage dogs bred to run alongside horse-drawn carriages, she noted—or because Dalmatians can be deaf and easily startled, prompting a defensive reaction.

Misunderstanding a dog’s needs can land them in a shelter where they can become a statistic.

So, misunderstanding a Dalmatian’s needs (like being able to run 10-20 miles at a time) can land them in a shelter where they could “wind up a statistic,” she cautioned. It’s important to commit to finding ways to let them get the exercise they need.

“I’ve told people, ‘Hire a college cross-country runner to take your dog for a run,’” she told The Dog People. “You can come up with creative ways that don’t cost a lot of money.” 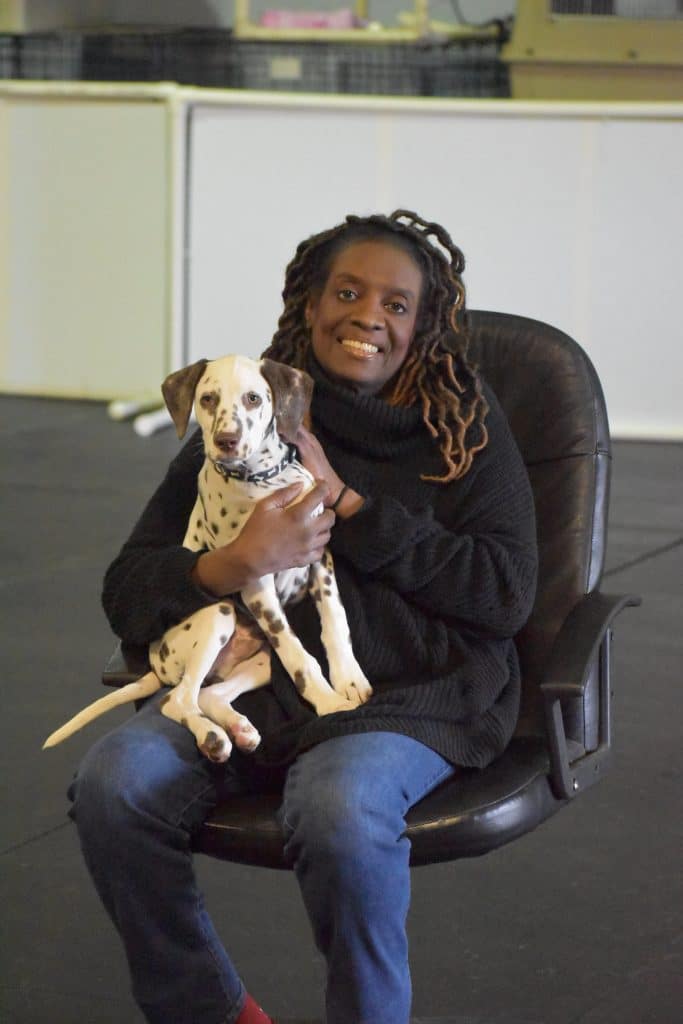 She’s seen social media posts from people she considers ethical breeders who “aren’t feeling the study” because they try to breed dogs for behavior traits that help them do their jobs. She said ethical breeders run health tests and actually have dogs compete to showcase their abilities in their intended jobs.

However, there’s no way to know if dogs in the study were from backyard breeders who breed solely for profit or ethical breeders, she noted. Either way, she hopes people won’t acquire dogs based only on appearances and will instead consider all aspects of a breed before bringing one home.

Some ethical breeders are unhappy with the study because they breed dogs for behavior traits that help them do their jobs.

Fear Free certified trainer Nicole Ellis, CPDT-KA, AKC Canine Good Citizen evaluator and author of Working Like A Dog, said her biggest takeaway from the study was that an individual’s genetics sets them up for certain features, but it doesn’t guarantee them.

She took issue with the study not including the kinds of behavior patterns breeders select dogs to exhibit, and questioned the self-reporting from pet owners. As a dog trainer, she’s had clients misunderstand their pet’s body language, such as thinking a dog is happy when their lip-licking is actually a sign of anxiety. 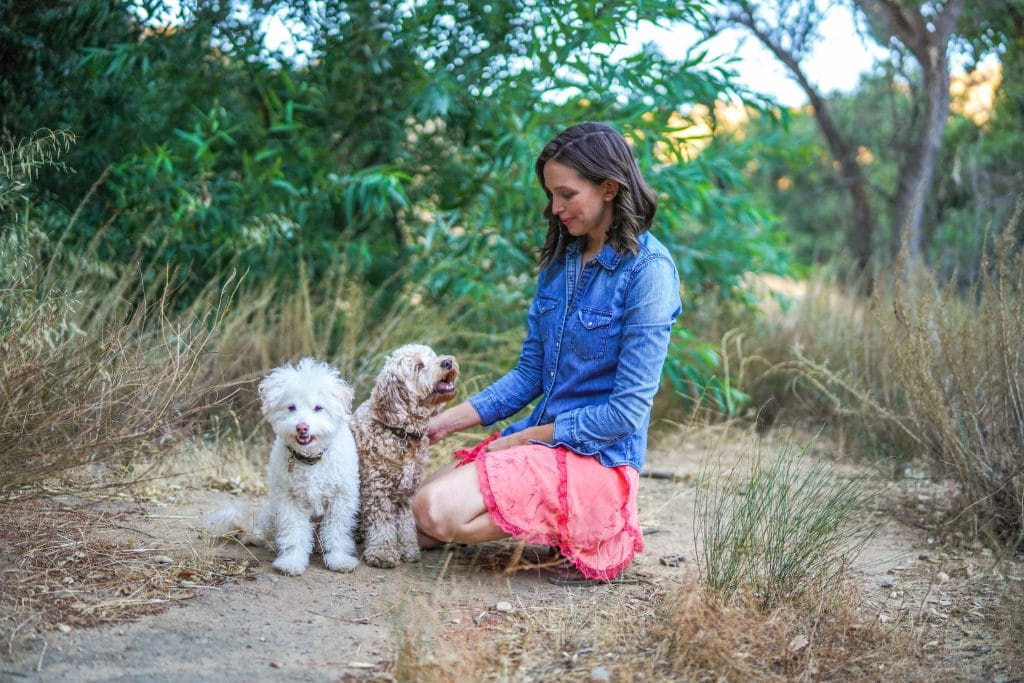 “I don’t think we’re asking the complete questions,” she told The Dog People. “We’re not asking about herding. We’re not asking about your Australian Shepherd nipping the kid’s ankles in the house. As a dog trainer, I see that all the time—that’s genetics. My Poodle mix is not going around the house nipping ankles because genetically, he is not bred for generations of breeding to work in a field and herd sheep. When we ignore the breed and we’re saying, ‘Ignore the genetics, that’s not the dog,’ we’re not setting dogs up for success.”

Ellis said she’s a big fan of rescue, but hopes if people acquire a dog from a breeder, they’ll find a reputable breeder who practices early neurological stimulation (ENS), which involves special handling exercises before their eyes even open, and socialization.

“I think there’s more to a dog than its breed, to be sure,” she said. “Maybe the benefit [of the study] is there can be more discussions on this sort of thing.”

The hope is that people might be more willing to recognize their dogs as individuals—rather than templates simply because of breed—and become more observant of their behavior.

An Invitation to Look Deeper

“I was impressed in some ways by the potential for this article changing the way we communicate about our relationship with dogs,” he told The Dog People. “It’s quite interesting still how people who have lived with dogs their entire lives in some cases still attribute to them quite stereotypic views or characteristics, even when the dog is not always even showing that characteristic.”

One of the most exciting aspects of the study is the possibility that people might be more willing to recognize their dogs as individuals—rather than templates simply because of breed—and perhaps become more observant of their behavior.

“If we paid more attention to our dogs, we would recognize they’re communicating with us all the time,” he said. “Dogs are considered probably the smartest social animal to people as a result of spending consistent time with human beings. That’s why we even have dogs, for example, that might prefer people over their own species. We all know dogs like that.”

This study has the potential to change the way we communicate about our relationship with dogs.

He also feels strongly that people should provide dogs with the “building blocks and scaffolding” of socialization, positive training, and mental stimulation, noting there are parallels between human development and canine development.

On a basic level, if a human or dog walks into a room and nobody notices, it has a negative impact on the individual. Understanding an individual’s needs helps us be better advocates for them, which can deepen our bonds.

“Even to the degree to which we have accomplished knowing our dogs, I would say we’re barely touching the iceberg,” he said. “This study has the potential to invite us to look deeper.” 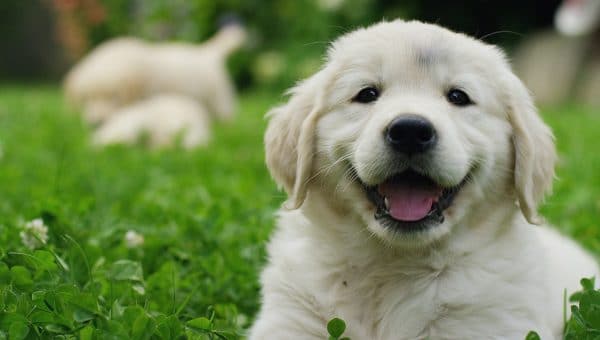