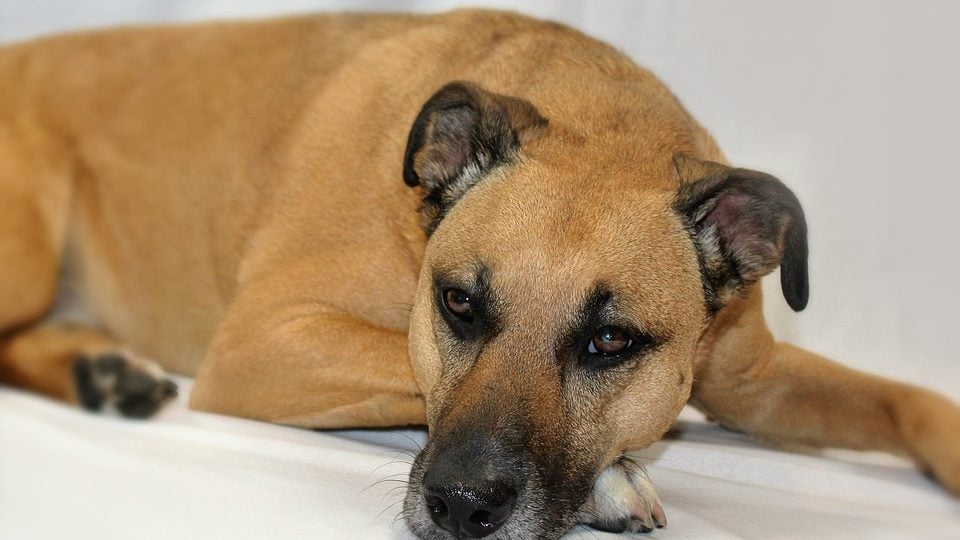 To know a cur dog is to love a cur dog! They’re handsome, utterly devoted, hard-working, and protective. But if you don’t know a cur dog, you’re probably wondering what “cur” could possibly mean (and whether you should even say the word in front of your mother!).

First, “cur” is a safe word to use around children and the well-mannered. It’s an umbrella term that refers to several breeds with common traits. Let’s start with a definition, and then get to know a few of the most popular cur breeds out there.

What is a cur dog?

As it’s currently used, cur refers to any of several North American “working” hounds that have been bred to hunt, herd, or protect their owners’ farms and ranches. But today many of these tough and affectionate dogs are kept purely as pets.

Experts refer to this collection of breeds as “treeing hounds” because they excel at tracking prey, scaring them into trees, and barking until owners can hunt the targets. Curs are larger breeds (usually ranging from 50 to 90 pounds) with shorter hair and “drop ears,” meaning ears that fall over, compared to ears point upwards.

Cur dogs are believed to have descended from various combinations of Native American dogs that, over centuries, mixed with domesticated dogs brought to the continent by French and Spanish settlers.

The term “cur” is believed to have derived from the 13th century Middle English word “curdogge” (possibly Germanic or Norse), which comes from the word “curren,” which means “to growl.” These dogs often rely on their vocalizations to herd cattle, fend off bears or cougars, and alert their owners to the location of prey.

The cur dog group refers to the following breeds:

The Wikipedia definition of “cur” describes these dogs as “the lowest class of nameless or pariah dogs,” which sounds a bit condescending, as though the dogs are unwanted outcasts. (This is hardly the case today!) But the description most likely refers to the decades of mixed breeding that took place as various human cultures (and their pets) began to mix. It was thought the dogs would become so inter-bred, it would be impossible to find an original or pure-bred example of the breeds listed above.

Cur dogs played a crucial role in the settlement of the American southeast—the region including Florida, Tennessee, Georgia, the Carolinas, Kentucky, Louisiana, Mississippi, Oklahoma, and Texas.

Pioneers and settlers relied on these hearty and trusty breeds to defend their property, herd cattle, and hunt prey for food and fur trading. While the different breeds vary in their distribution of key characteristics, the dogs are highly devoted to their masters, and therefore easy to train. They’re loving towards their nuclear families, but tough and fearless when facing predators (like bear and cougar). And they can survive cold winters and brutal summers.

One could easily argue that this region of the United States owes at least some of its early success and survival to the tenacity and dedication of cur dogs! So, let’s meet three of the most popular breeds in this group…

Coonhound of the Day – Baelor the #americanleopardhound out of #Chicago! Beautiful Hound. (@cblair02) #coonhoundsofinstagram #coonhoundoftheday

This is one of the oldest tree dog breeds in the U.S. They’re known for their incredible tracking ability, and can follow the scent of prey for miles, hunting everything from squirrel to bear. They’re exceptional fighters, even with larger animals, because they easily duck and dodge to avoid injury and they won’t back down from an altercation.

The American Leopard Hound is said to be the easiest dog to train because they’re highly intelligent and eager to please their masters. Despite their rugged nature, they’re incredibly loving, affectionate, and protective of children.

The American Leopard Hound became officially recognized in 1960, but is thought to have been established in North Carolina by the 18th century, possibly descended from the dogs introduced by Spanish conquistadors. By the 1950s, there were few purebred American Leopard Hounds, but the breed has made a strong comeback and can now be found predominantly in Tennessee, Kentucky, Oklahoma, and Texas. They come in nine colors, and can wear a solid, leopard, or brindle coat.

This breed is famous for its black muzzle and short coat, which comes in yellow, red, tan, black, fawn, and other colors. (For whatever reason, a white coat disqualifies a Black Mouth Cur from pure-bred status, unless white spots make up only 10 percent of the coat.) The most famous member of this breed was introduced to American movie theaters with the 1957 Walt Disney movie “Old Yeller.” (Spoiler alert: this movie will turn dog-lovers into a puddle of weeping and Kleenex!)

The Black Mouth Cur is known for its ability to move swiftly and fearlessly through the woods. They’re resilient hunting, herding, and utility dogs with a strong build, and they’re sometimes deployed as search and rescue dogs. The Black Mouth Cur is also highly protective and doesn’t often behave well with other dogs, especially on its own turf.

This breed is very sensitive to owners’ voices, and will wither easily if yelled at or harshly punished. They’re extremely loving toward family members, however. Because they’re so active and strong, they need plenty of room to roam and should be given a large plot of land they can access throughout the day.

Also known as the Catahoula Cur, Catahoula Hog Dog, and Catahoula Hound, this breed takes its name from the Catahoula Lake area of Central Louisiana. (In the Choctaw tribe, catahoula means “sacred lake.”) This breed is believed to be the result of interbreeding between Native American dogs that resembled wolves but barked like dogs. They were bred with dogs brought to the continent by the Spanish—bloodhounds, mastiffs, and greyhounds—then bred again with dogs belonging to the French.

Catahoulas were originally used in Louisiana to trap and catch wild hogs, and later herd them once they were captured. To do this, they utilized a distinct herding technique, forming a fence line to block a herd until the master could direct the hogs into a pen. Breeders prize this herding instinct above the dog’s appearance, which can have varied colors and patterns in both the coat and eyes.

More than other cur breeds, the Catahoula needs firm guidance and early training to socialize; they can be independent, but owners prize their territorial and protective nature. While Catahoulas are assertive in defending themselves and their owners, they’re gentle and affectionate with family members.

A breed for the rugged and rustic dog owner

While many cur breeds live and thrive in urban areas, they’re most happy where they can enjoy a little wilderness (like Rock above). That does not include the concrete jungle! These dogs need wide-open spaces, room to run and chase, and time to sniff out trails, inspect, and explore. But dog owners who are up to the challenge will enjoy sweet, devoted, intelligent dogs with plenty of verve and tons of personality.