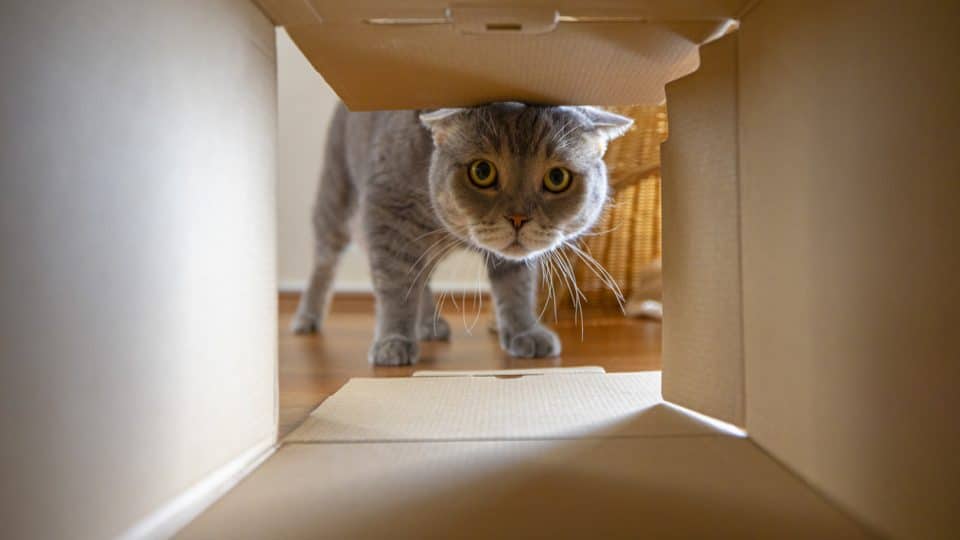 Cats, as loveable as they are, are strange and do weird things. They knock objects off counters for no reason, melt like liquid to fit into strange places, and paw around where they shouldn’t. This weird cattiness could be chalked up to one word: curiosity.

So, why are cats so curious and why does my cat get into everything? It could come down to instinct for survival, says Mikel Delgado, Ph.D., Rover’s resident cat expert on The Dog People Panel. Cats, in the wild at least, are both predator and prey, a somewhat unique role right in the middle of the food chain. This, paired with an insatiable playful personality, might add up to one curious (and sometimes naughty) feline.

Lucky for us humans, we can provide healthy outlets for our cats’ curiosities—without sacrificing our indoor plants.

What Makes Cats So Curious?

Until we teach our felines to communicate beyond meows and head bumps, we may never know exactly what makes them tick. Based on existing science and years of sharing our human abodes with the inquisitive cat, here’s what we know about their sense of curiosity.

Cats are mesopredators, Dr. Delgado explains. This means that they are both predators and prey in the animal kingdom. “Cats must always be aware of what is going on in their surroundings. They can’t afford to miss an opportunity to eat, but they must also be cautious of any dangers,” she says. Constant observation, investigation, and learning (curiosity!) is a tool felines use for survival. 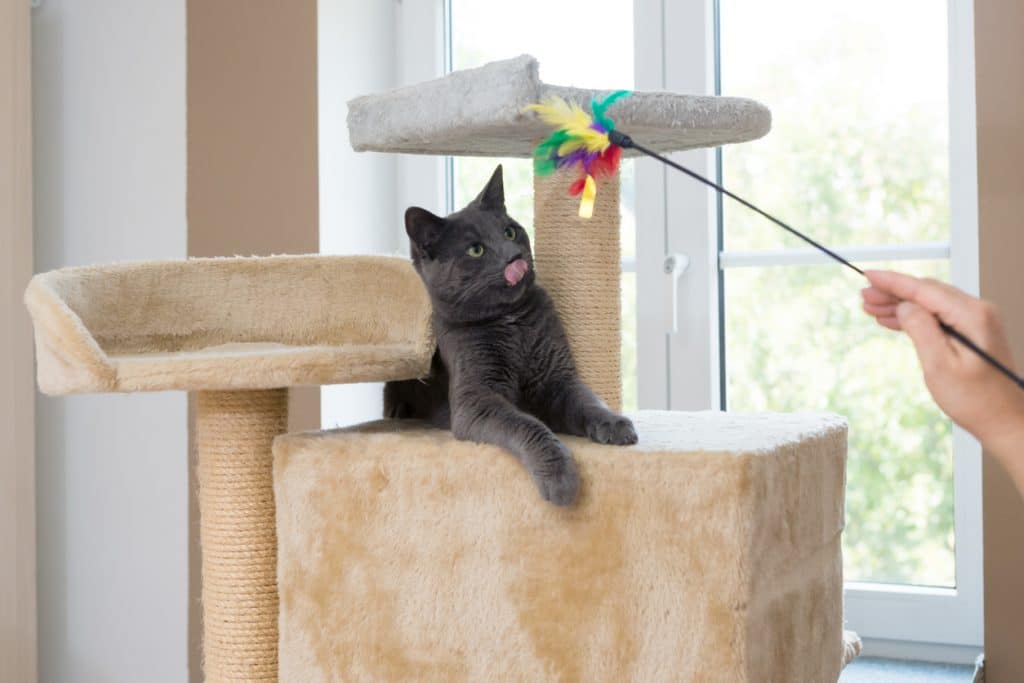 Cats are born with amazing features that add up to being superior hunters and sneaky prey. From the tip of their independently moving ears to the carpal whiskers on their hind legs—cats are always in-tune and exploring their environment.

The inner ear of a cat is so amazing that it’s said they can sense a storm rolling in by the drop in air pressure. Their little noses have 40 times more olfactory receptors than ours and their eyes have six to eight times the amount of rods than humans. In a world so vibrant and alive, it’s no wonder cats are naturally curious about it all.

“Lively minds are by definition curious,” reported philanthropist and researcher Stephen Grand, Ph.D. “Cats frequently get themselves stuck up in trees, jammed in trash cans, or peppered with hedgehog quills—all in the name of curiosity.” Some may argue that these predicaments signal poor judgment or a less-than-smart decision. Dr. Grand said it’s just the opposite.

It’s during kittenhood, Dr. Delgado says, that curiosity is most likely to form strong, lifelong associations. “Kittens tend to be more curious because they are learning about things in their environment that they have never encountered before,” she says. “To determine if something is safe, a kitten might want to watch it, slowly approach it, and maybe touch, smell or taste it.”

Cats aren’t known to lose their sense of curiosity as they age. Instead, they are less open to forming positive associations and are less likely to encounter brand new stimuli. “A cat’s sensitive period is between two and nine weeks of age,” Dr. Delgado explains. “After that, it’s not that the door for learning is closed, but they may be slower to form positive associations with new experiences and may be more wary.” 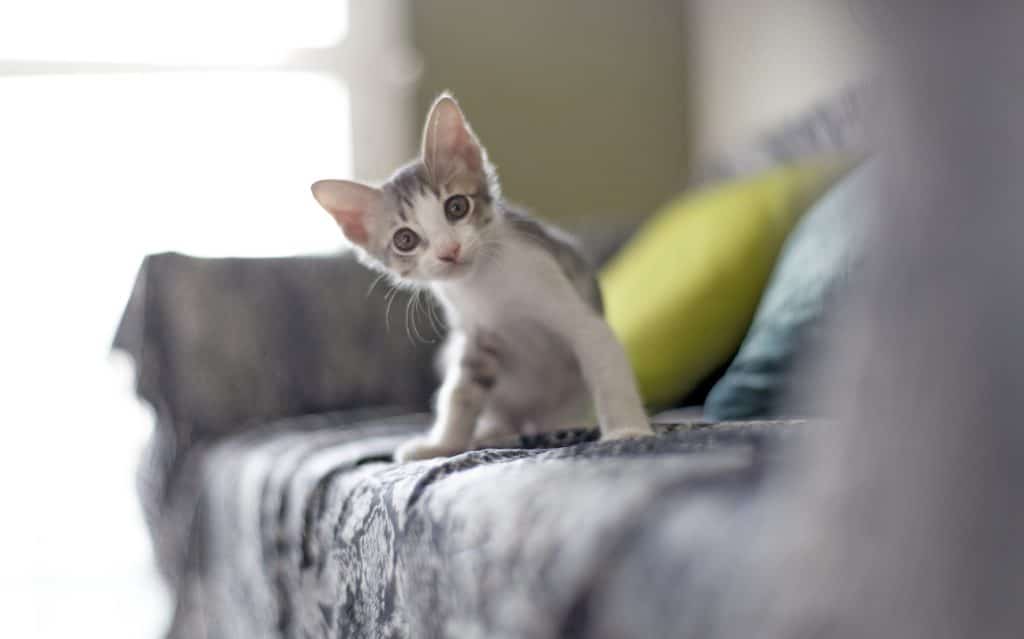 You might be baffled by cats curiously (and mischievously) scoping out the countertop for their next snack—directly following a meal. The International Cat Care says that of course cats will curiously look about for food when they’re hungry, but the search for food doesn’t always coincide with the feeling of hunger.

“If cats were to wait until they were hungry before hunting, they would run a high risk of starving to death due to the difficult nature of hunting and capturing prey,” International Cat Care explains. Your curious feline is simply preparing for their next meal in the rare event of a dinner not served.

Curiosity likely played a major role in keeping wild felines safe. “Unlike humans, cats are always ready to attack prey or defend themselves against a larger predator,” Dr. Delgado says. When introduced to new spaces, bold and timid cats will express enough curiosity to find a suitable place to hide for protection or attack a passing predator. More bold cats might want to touch, smell, and taste the new space for signs of food, water, and a bathroom. 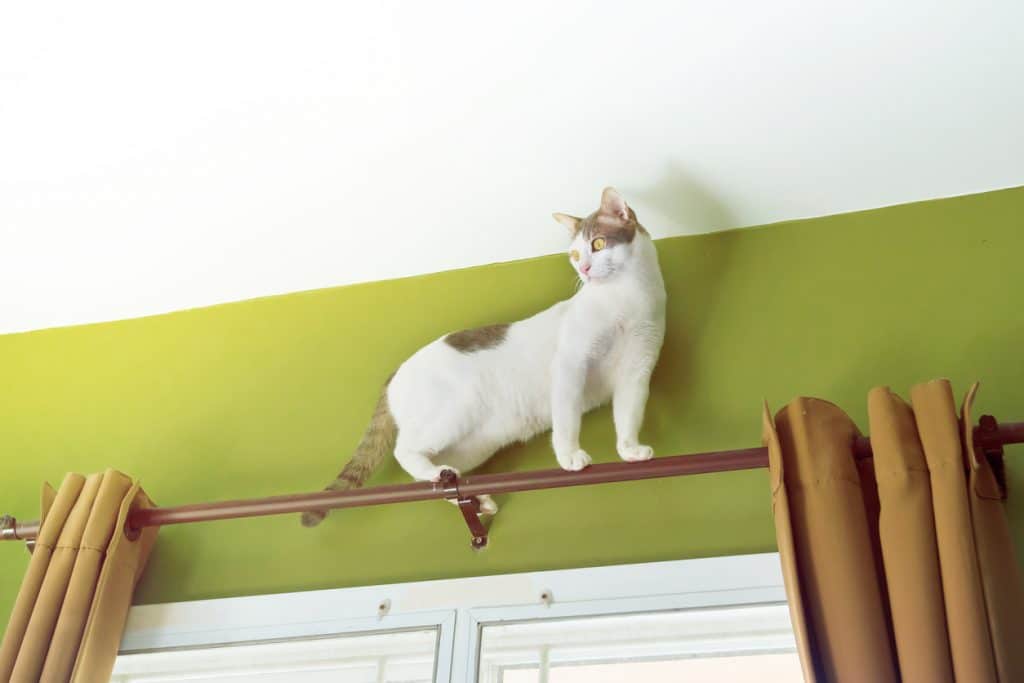 What might have started as a curiosity about your favorite indoor plant can quickly lead to a fun game and an attention-grabbing activity for your feline. When your cat jumps on the kitchen counters or paws at your plants, you likely tell them no and scoop them up. This, in turn, could signal a positive association of do this activity, get human’s attention.

“In our culture, severe hunger or thirst, for example, is an atypical condition,” wrote researcher R.A. Butler. In his work titled Acquired Drives and The Curiosity-investigative Motives, Butler explores the idea that biological needs aren’t the driver of curiosity in modern civilizations, but that curiosity is manifested by the need for love and belonging. Could our modern felines, with their automatic feeders and trickling fountains, be so curious and so nosey because they want to understand and bond with their favorite human? I like to think so.

When A Cat’s Curiosity Becomes A Problem

Like the batting of your favorite indoor plant, curiosity can lead to destructive or undesirable behaviors. Dr. Delgado says to be cautious about chalking up unwanted behaviors as curiosity. Usually, there’s an underlying need that your cat is seeking.

“I would not consider aggressive behavior to be a sign of curiosity,” Dr. Delgado says. As with any change in behavior, it’s best to visit your vet first. Then, she says, focus on providing your cat with a healthy and engaging environment. Healthy outlets for natural behaviors like climbing, scratching, and hunting should put an end to unwanted behaviors sparked by innocent curiosity. 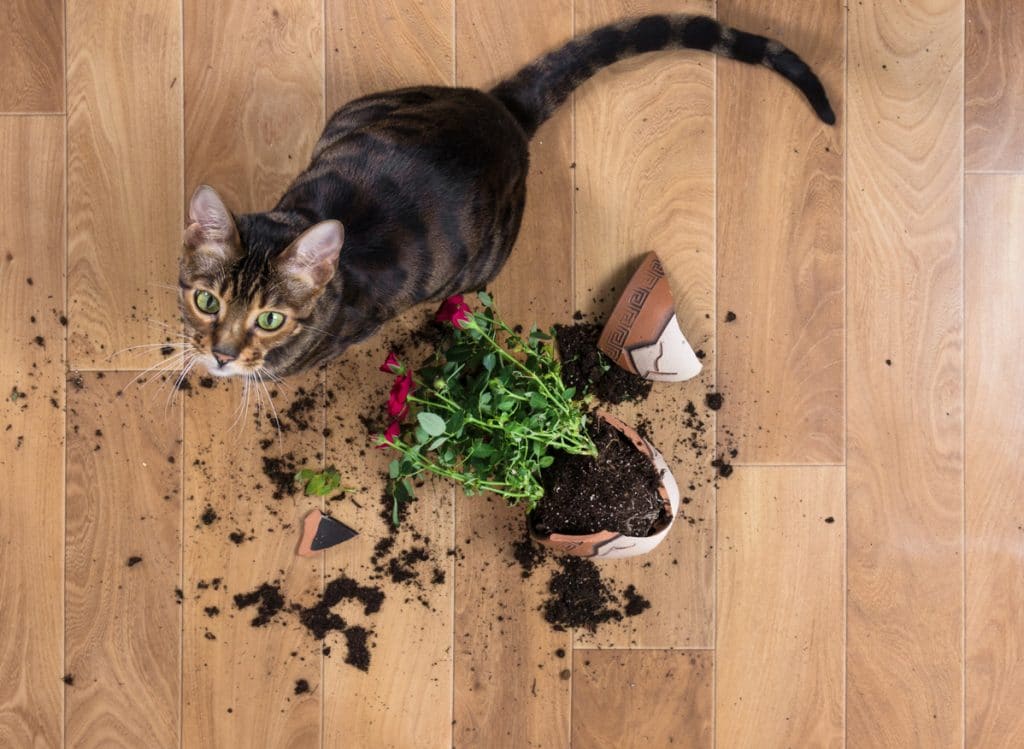 Curiosity is a fundamental part of being a cat and a key to their survival. A curious feline is lovable, endearing, and sometimes mischievous. Their curiosity is contagious—why do they love string and why do they sit on paper? Curiosity, however, shouldn’t be confused with your cat communicating a need like enrichment or seeing the vet. When in doubt about your cat’s weird, unusual, or unwanted behaviors, talk to your trusted vet or feline behaviorist.