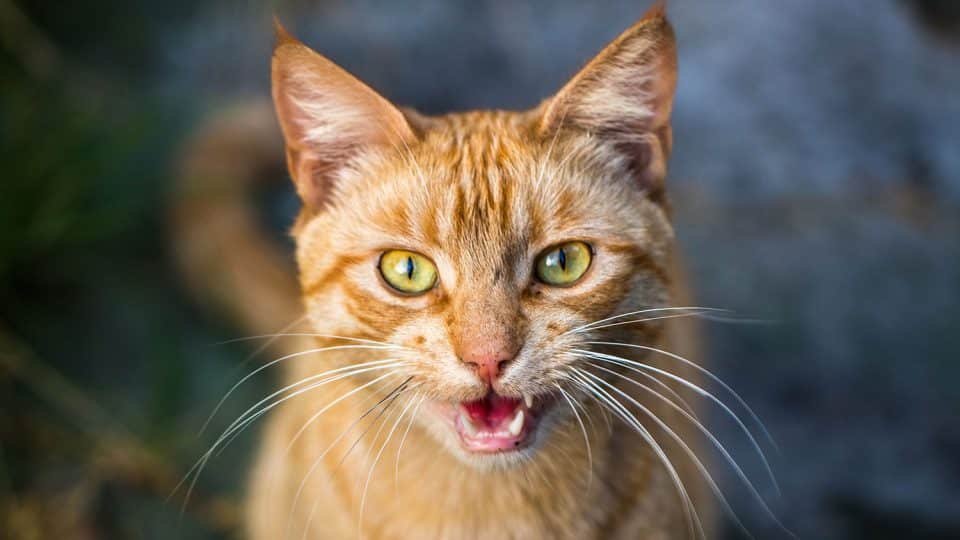 A small orange cat strolls down my concrete walkway and lets out a quiet “meow” as I walk up to him. His green eyes look up at me and he meows again. I say “good morning” and he meows once more before brushing against my leg. Why is he meowing at me? Are we talking?

Cats might be a little weird, but they’re very smart. Cat behavior is full of unusual quirks, but you can always count on cats meowing. But why do cats meow, anyway?

Cats meow to communicate with humans

Do you talk to your cat? 93% of cat owners report having a strong connection with their pet, and regular cat-to-human conversations are part of that.

A meow is not just a simple cat sound. It’s actually a sophisticated method of communication. “Cats are descended from solitary animals that are primarily scent-based communicators,” says Dr. Joanna Woodnutt MRCVS, from Joii Pet Care. Cats use both visual and vocal signals to communicate with humans, but they need to vocalize to get our attention. Meowing is the most common cat-to-human vocalization. They might meow when they’re happy, upset, agitated, or any other emotion.

“It is a learned behavior and is conditioned,” says Russell Hartstein, Los Angeles cat trainer and pet expert of Fun Paw Care. “The cat has trained you.”

Cats know that if they meow, you’re likely to cater to their needs. They’ve trained you to feed them, love them, open doors, and get them toys when they meow. They are trying to let you know that they are hungry, thirsty, bored, hurt, want to be let in or out, or they want to cuddle.

Different meows can mean different things. Cats meow for many reasons—to say hello, to ask for things, and to tell us when something’s wrong.

Your cat may learn to meow when you get home or when someone comes over.

Cats enjoy social contact with people, and some will be quite vocal in their requests for attention. The cat may want to be stroked, played with or simply talked to. Cats who are left alone for long periods of time each day may be more likely to meow for attention.

Around their usual mealtime, cats may meow because they know food is on the way. Some cats learn to meow whenever anyone enters the kitchen.

Even though cats are independent, sometimes they need extra mental stimulation. They may meow at you when they want something to do. Throw them a cute cat toy or play with them.

Does your cat have a lot to say? While we don’t speak the same language as cats, you can learn what your cat’s sounds mean.  Meows come in many styles and are your cat’s all-purpose vocalization.

“Researchers have identified at least 16 different sounds that are made by cats,” says Dr. Woodnutt. “Most are used in cat-cat communication but some are reserved exclusively for kitten-mother communication or cat-human interactions. We think that cats have learned to meow to us because it works: we feed them!”

They might meow when they’re happy, upset, agitated, or any other emotion. Here are some of the more common cat sounds and their meanings.

A short meow likely means “hello” or “pay attention to me!”

A series of meows are conversation starters, like, “Hello! I’m here! Pay attention to me!”

Low-pitched meows usually mean your cat is uncomfortable or unhappy

A drawn-out meeeeeow can be a complaint, like “I have a tummy ache” or “pay attention to me!”

You may have noticed that when you’re not feeling well, your cat may come up to the part of your body that’s aching and start to knead you with their paws and purr. Are they trying to help? Well, they might be.

Dr. Elizabeth Von Muggenthaler, an animal sound expert and researcher, suggested that the low-frequency vibrations of purrs are actually a natural healing mechanism.  In 2001, Dr. Von Muggenthaler discovered that the frequencies involved in purring are therapeutic to the cat’s body including healing muscle, tendon, and ligament injuries, as well as for muscle strengthening and toning. They’re good for any type of joint injury, wound healing, reduction of infection and swelling, pain relief, and relief of chronic pulmonary disease. The dominant and fundamental frequency of cat purrs? 25 to 50 Herz: the best frequencies for bone growth and fracture healing.

Oddly enough, some wild cats purr and some wild cats don’t. Purring is a unique feature in smaller cats (the domestic cat, bobcat, cheetah, Eurasian lynx, puma, and wild cat). On the other hand, big exotic cats (lion, leopard, jaguar, tiger, snow leopard, and clouded leopard) exhibit a purr-like sound but do not exhibit true purring. The purr is distinctive from other cat vocalizations because it is produced during the entire respiratory cycle (inhaling and exhaling), unlike other vocalizations that are limited to the exhale like a meow.

A yowl is a sound similar to the meow but more drawn out and melodic, like a cross between a yell and a howl but from a cat. Unlike meowing, adult cats do yowl at one another, specifically during their breeding season. Some extra-chatty cats yowl as part of their everyday communication. In older cats, yowling is often a sign of cognitive disorder or dementia. 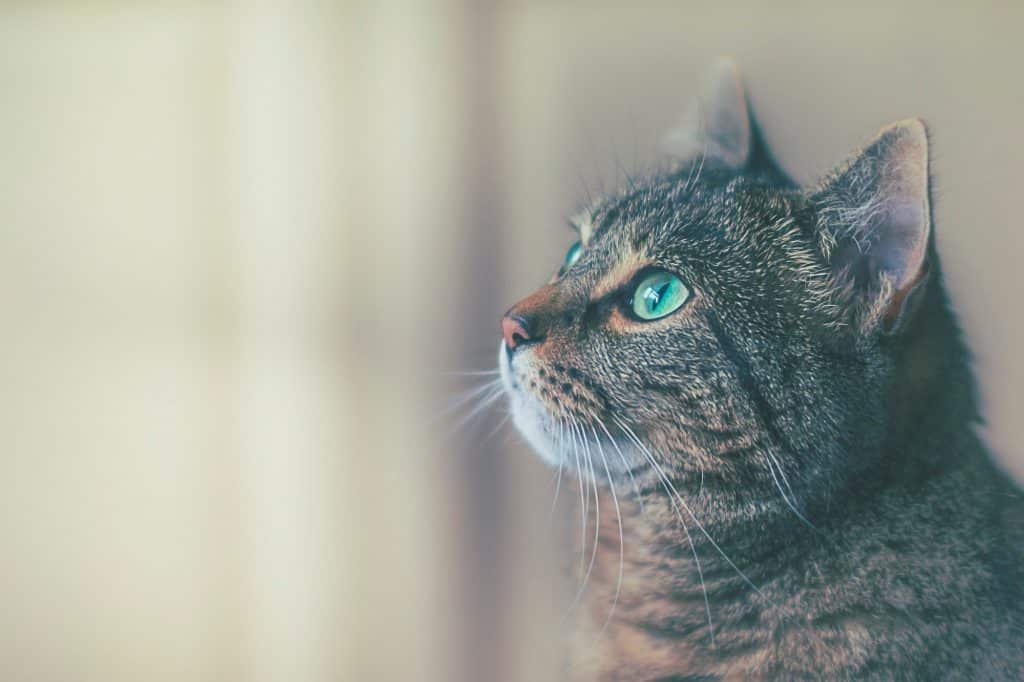 Do cats meow at other cats?

“We don’t think that cats meow at each other,” says Dr. Sara Ochoa, DVM, a small animal and exotic veterinarian in east Texas and a veterinary consultant for doglab.com, “Momma cats will meow at their kittens and the kittens will meow at their mother to let them know when they are hungry. But once a cat is weaned, they do not meow at each other much.”

That doesn’t mean cats don’t use vocalizations to speak with each other.  “When communicating with other cats, they make a sound similar to the meow but more drawn out and melodic called a yowl,” Dr. Ochoa says. “Adult cats yowl at one another, especially during the breeding season.”

You might be familiar with the sound if you happen to have feral or outdoor cats that wander your neighborhood.

Why is my cat meowing incessantly?

Know that when your cat makes any type of sound, they are talking to you. Cats meow incessantly for attention as well as out of stress or confusion.

That said, some cats meow all the time. Similar to how some people are more talkative than others, cats can have social personalities and love to meow.

Some breeds such as Siamese, Burmese, Bengals, and Abyssinian cats are known for their excessive meowing, yowling, and “talking.” If you’re looking to adopt a new cat, having an idea of breed traits can help steer you toward a cat that will be a good fit for you.

Is it possible to train a cat to meow less?

A cat’s meowing can be annoying, but it’s not necessarily a bad behavior. If it’s really disrupting your house, you might consider working with an animal behaviorist to work on modifying behavior to train your cat not to meow. “You can train your cat to meow less if they are incessant meowers,” says Russell Hartstein, CEO of Fun Paw Care, the Los Angeles cat training experts. “However, don’t expect miracles. You cannot train the cat out of a cat. It’s called behavior modification for a reason and not behavior fixing.”

If you do want to give behavior modification a shot, cats learn best the same way dogs do: using rewards for good behavior. “Positive reinforcement with treats or clicker training can be used to distract or train them,” says Dr. Judy Morgan.

Training a cat requires some creativity and patience. The first step is to find healthy treats that your cat really loves to be able to train using positive reinforcement. Then, reward when they are not meowing. It might seem counterintuitive at first—like you’re treating them just for the sake of treating them—but cats are very intelligent, and they’ll get the hint with time.

If late-night yowling (a very long whiny, meow) from your cat is getting to you, your cat might be bored. “Provide lots of enrichment, including vertical territory, boxes, paper bags without handles, scratching posts, ball and track toys,” says cat coach Mary Kiegler to PetMD. See what kinds of entertainment your cat likes by providing plenty of enriching mental activities like cat puzzles or cat trees.

And being sure not to punish your cat is as important as rewarding them for good behavior. As the ASPCA advises: “Do not scold or hit your cat for meowing too much. While these punishments may send her scurrying at first, they are unlikely to have a lasting effect on her meowing behavior. They may, however, cause her to become fearful of you.” 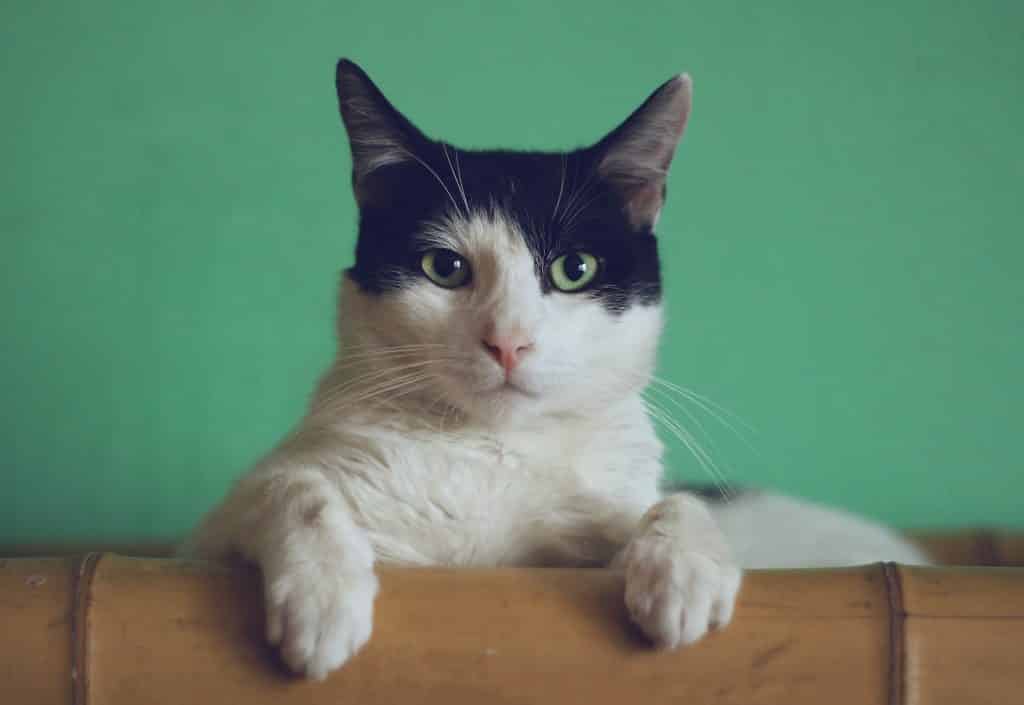 Can meowing ever be a sign that something is wrong?

If your normally-quiet cat is incessantly meowing and acting strangely, it might be time to take them to the vet.

“Meowing can mean your cat is in pain. The short yawling can indicate a bladder infection, gastrointestinal issues, or hurt leg,” says Dr. Ochoa. “If you think your cat is meowing more than usual or making an abnormal sound, take them to your veterinarian for an examination.”

A vet trip is especially in order if the meowing is centered around the litterbox. “If you have a male cat that is sitting in his litter box meowing, we worry about a urinary blockage,” Dr. Ochoa says. “Male cats commonly get a urinary blockage and they cannot pee.  This leads to a lot of problems and even death if left untreated for very long.”

Additionally, elderly cats may meow excessively as a result of conditions that come with age, like a reduced ability to hear or see or cognitive decline. Let your veterinarian know if you have any concerns about medical conditions, sensory deficits, and cognitive dysfunction in your cat.

While cats are more vocal than others, all cat meows mean “pay attention to me!” If your cat isn’t much of a talker, don’t worry—they’ll ask for your attention in other ways.

Understanding your cat’s behavior can help you bond with them.  We hope this guide brings you and your kitty even closer together. 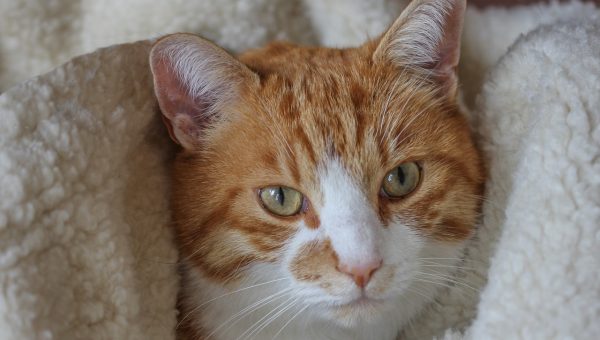 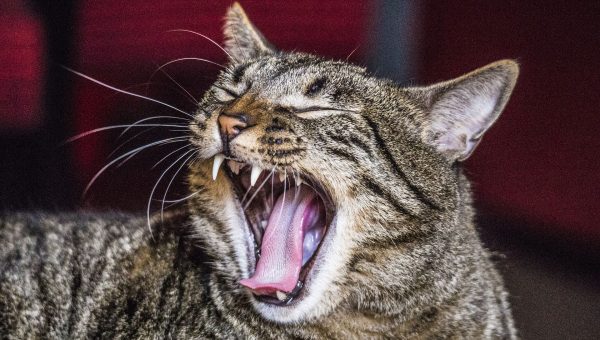