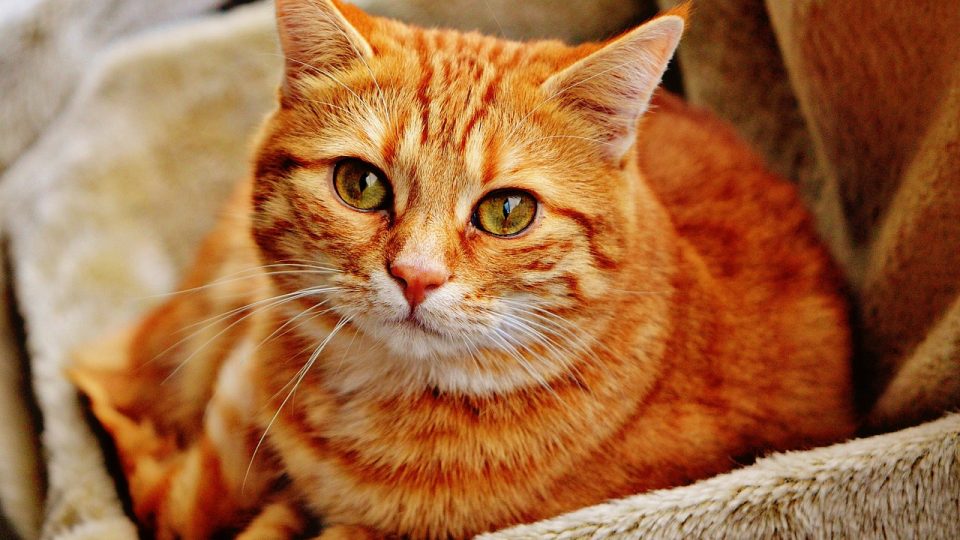 Like humans, cats experience a wide spectrum of emotions and there will inevitably be times when they’re feeling blue. They may not be able to say “I’m unhappy,” but they are communicating. We just have to learn to recognize their behaviors.

You May Also Like: An Insider’s Guide to Cat Behavior

What’s normal for one cat may not be normal for another, so look at changes in each cat’s specific behavioral patterns to see if something is amiss. Cats are generally creatures of habit, so when there’s suddenly a shift in their behavior, it’s very unlikely that it’s random. Other family members, as well as your cat sitter, can also help alert you to alarming changes.

Many of the signs of an unhappy cat can also indicate physical ailments, so it’s best to rule out injuries and illnesses before reaching a conclusion about their mood. When in doubt, a trip to the vet can help you make sense of your cat’s unusual behaviors.

If you suspect your cat isn’t feeling like their normal happy self, here are some clues that can help you determine if your cat is unhappy.

It’s common for cats to find a comfortable hiding spot from time to time, but if a cat becomes significantly more reclusive than usual, it may be a sign that they’re feeling down. Unhappy cats are generally more fearful, and they may hide to soothe and protect themselves.

Hiding can also indicate that a cat isn’t interested in activities that they usually enjoy, such as playing with toys or cuddling up with their humans. 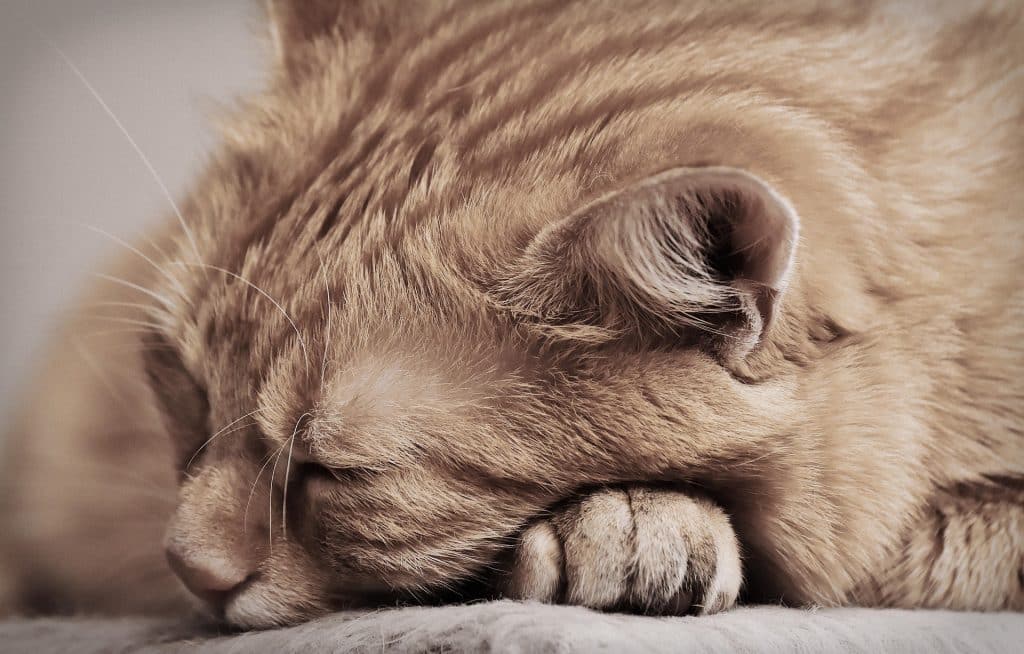 Cats sleep an average of 12 to 16 hours every day, so if you notice they’re sleeping a lot, it’s not always cause for concern. However, if you notice they’re sleeping much more than usual or much less than usual, it could be an indication that they’re unhappy or unwell. Also, a change in the location where they normally love to doze off can be a clue that they’re not feeling like themselves. 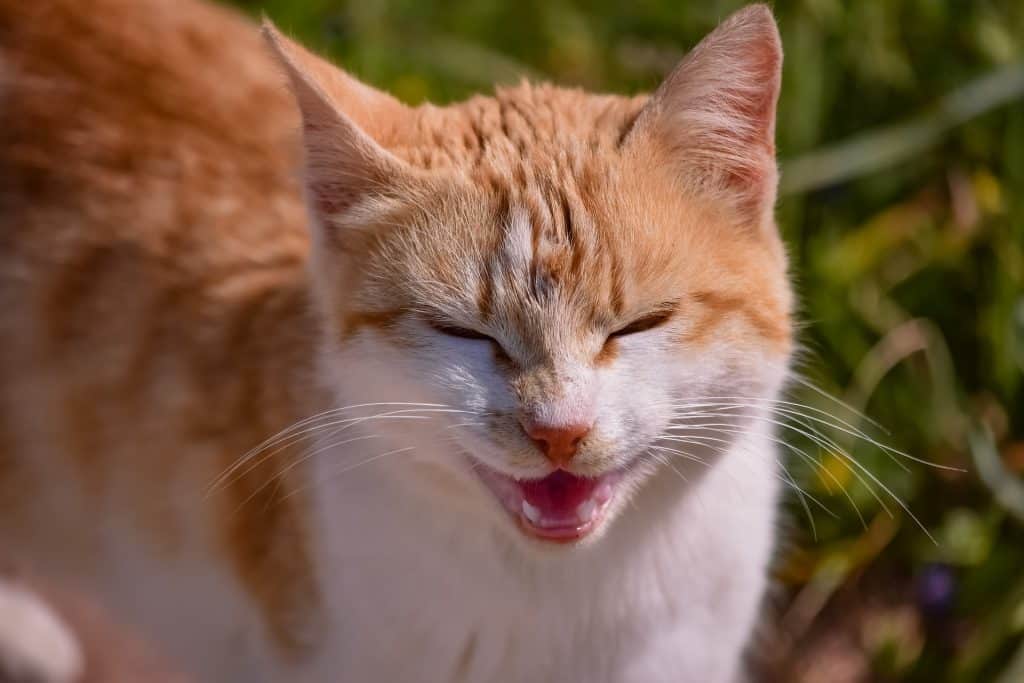 Cats can be pretty vocal animals, but if you notice a change in their vocalizations, it could indicate that something is awry. In particular, a loud, mournful yowl that’s low in pitch can be their way of saying that they’re unhappy. 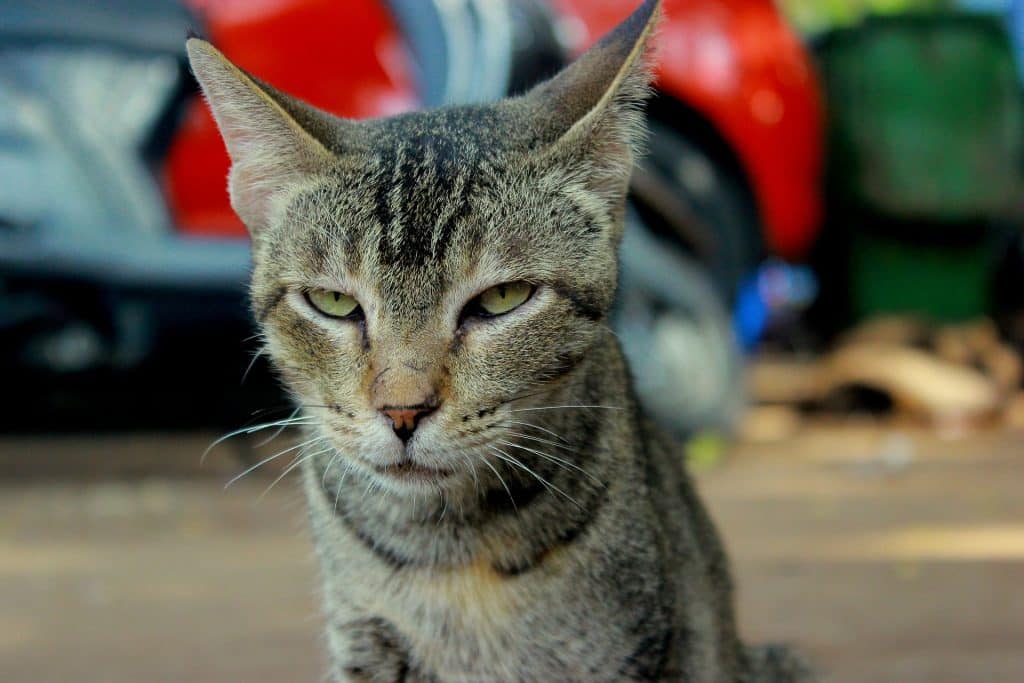 Cats speak volumes through their body language, and they have a number of ways of physically communicating that they’re unhappy. If you notice that a cat’s ears are back, their fur is standing on end, or their tail is tucked instead of raised high, they likely aren’t feeling their best. It’s common for cats to tense up while they’re playing, but a happy and healthy cat will relax afterward.

“If you notice that your cat seems tense and on edge more than occasionally, it might be worth an assessment of your environment through your cat’s eyes,” says veterinarian Dr. Kathryn Primm on I Heart Cats. Oftentimes, it’s even possible to see unhappiness in their eyes. 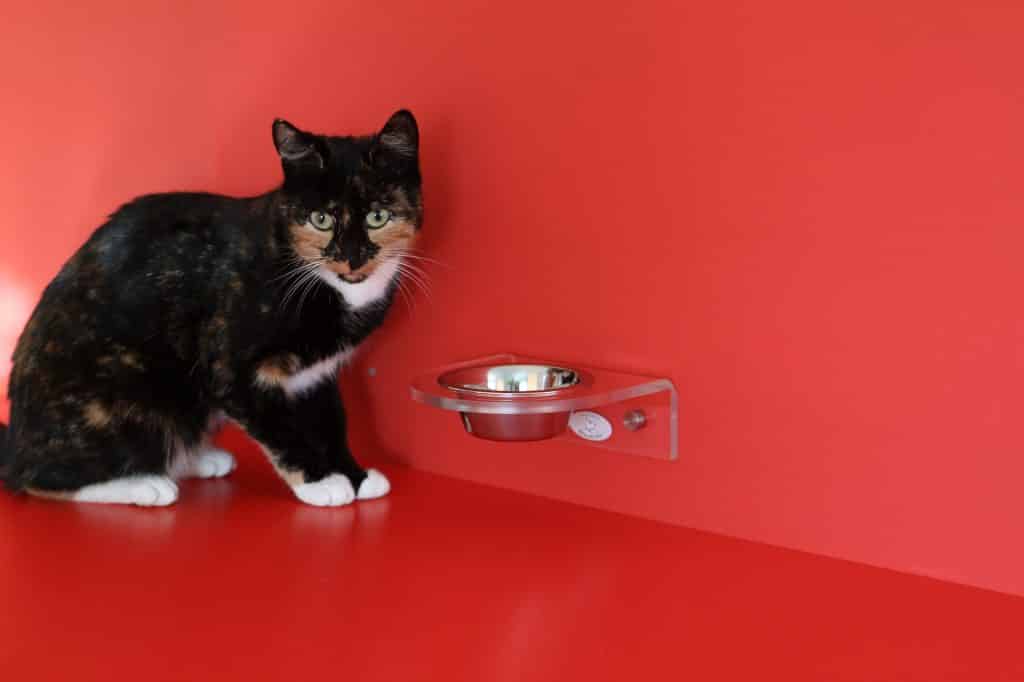 Like humans, if a cat is feeling low, it can directly affect their interest in food. If a cat is unhappy, they may suddenly stop eating. They may even turn down their favorite treats. While less common, unhappy cats may also increase their food intake as a way to self-soothe. Regardless of whether they’re eating more or less, a change in appetite can indicate that cats aren’t feeling like their normal happy selves. 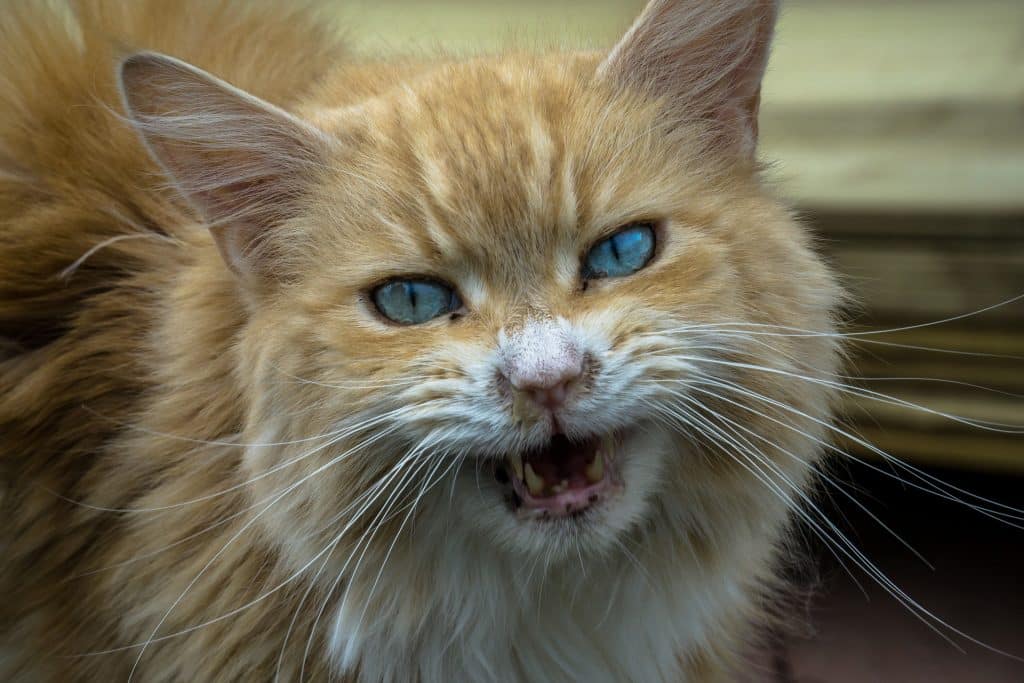 People often think that aggression in cats is simply a response to a threat, but it can actually communicate a number of things, including their mood. Unhappy cats are more likely to perceive things as threats, whether or not they actually are. Subsequently, if a cat is feeling blue, they often become more hostile and lash out at all kinds of things. 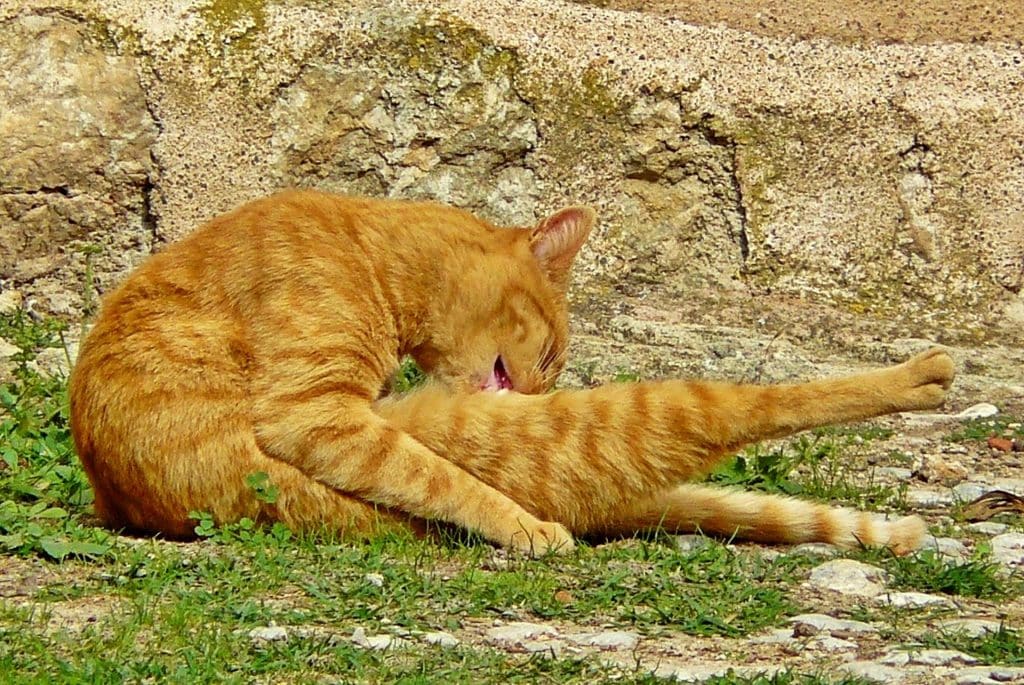 Grooming is part of a normal and healthy cat routine, and when a cat is feeling down, their grooming habits can take a sharp turn. They can increase or decrease the amount that they groom themselves, or they can even stop grooming completely. As a result, unhappy cats often have gnarly, unkempt coats.

If they start over-grooming, they may end up licking patches completely bald. A trip to the vet can help them get their grooming habits back on track. 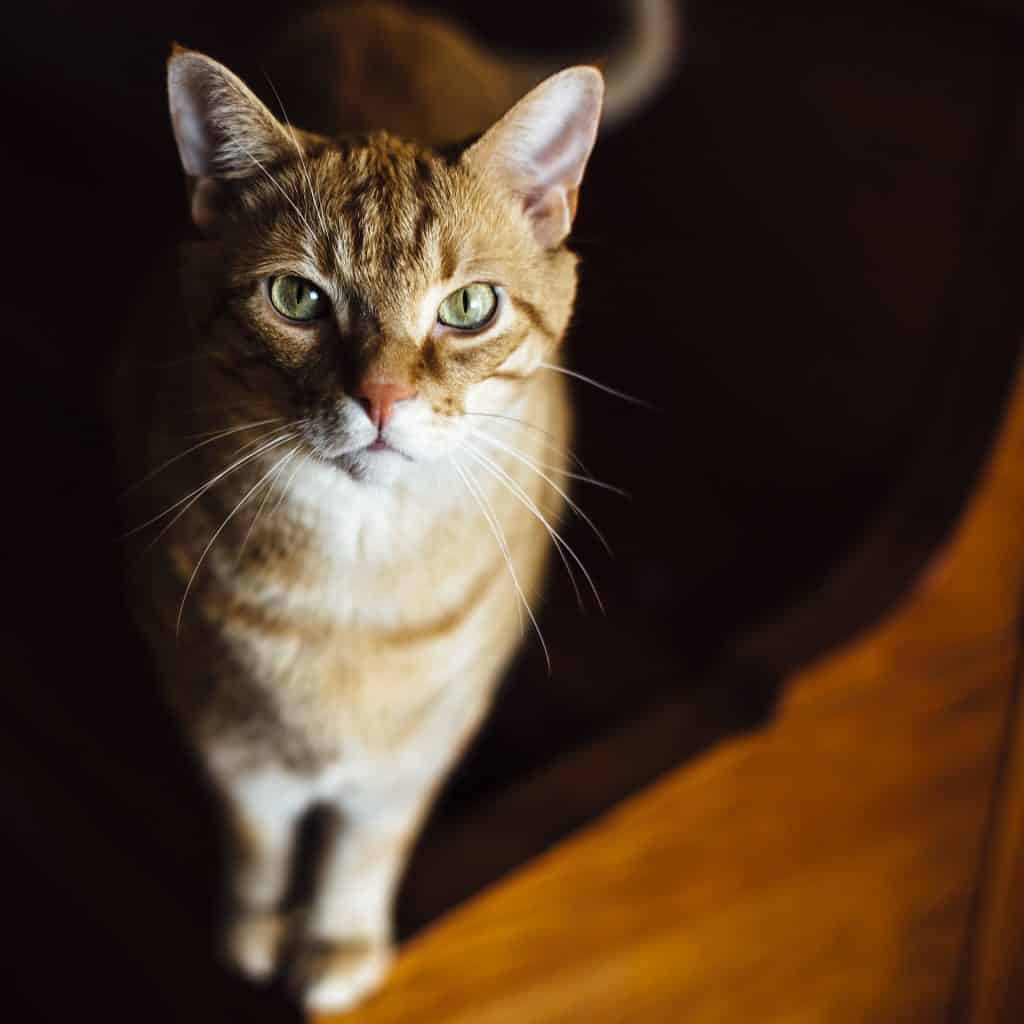 Spraying may seem like an act of rebellion, but it can actually be intended for a cat’s own comfort, according to the ASPCA. Cats will sometimes spray their urine to self-soothe by surrounding themselves with their own scent. As unhappy cats tend to be more fearful, they will do whatever they can to comfort themselves and mitigate the fear, including urinating outside the litter box. This often happens if a particular situation is causing the cat’s low mood.

For example, if a human companion is no longer around, a cat may spray in areas where that human’s smell is to help them manage the discomfort of the loss. 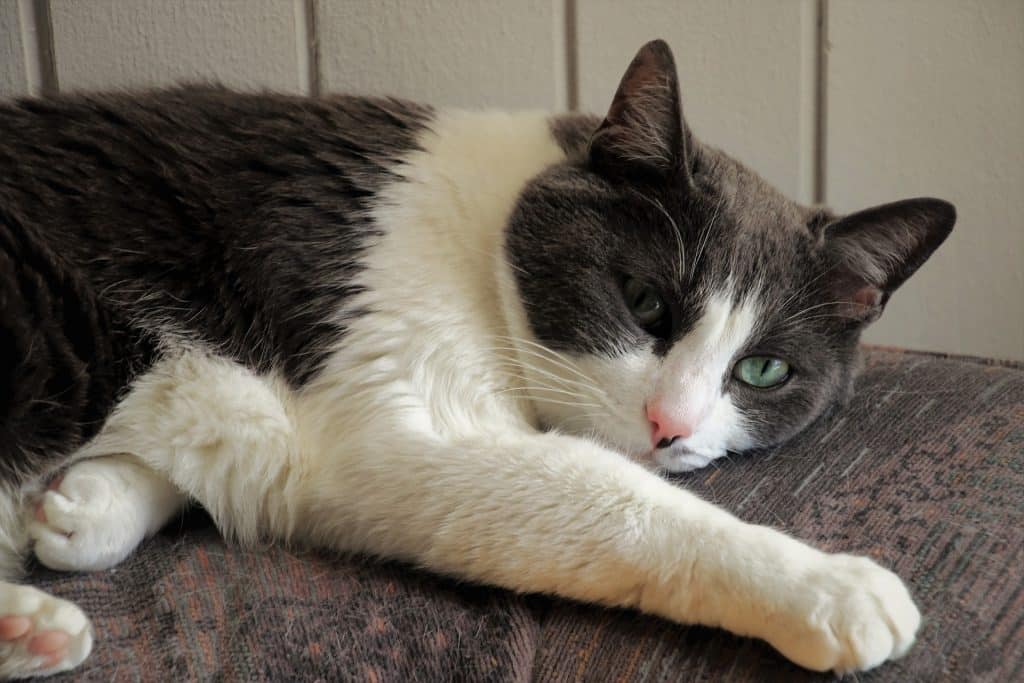 If a cat loses interest in playing with their toys, it could be a sign that they’re not feeling well emotionally. Unhappy cats tend to have lower energy, so instead of playing with toys as they normally would, they might opt to just lay around instead. They may also lose interest in playing or interacting with their human companions. It’s common for cats to want some alone time to relax, but if there’s a significant change in what’s normal for them, something may be up with their mood.

Cats are often thought of as mysterious, but they don’t have to be. We just have to know how to pick up on the signals that they’re giving us. If there’s a change in their normal behaviors, the root of the problem could be emotional, and a trip to the vet can help get them back on the road to being happy and healthy. 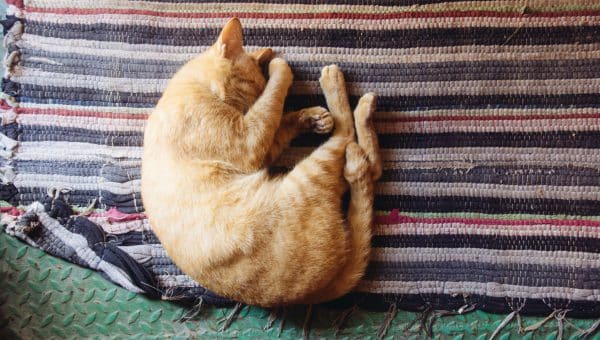 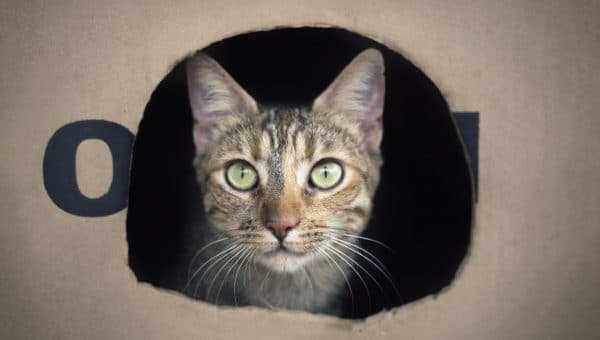