In my life, I’ve loved and cared for many pets. From gerbils, hamsters, rats and guinea pigs to ferrets, chickens, cats, dogs, and horses, I’ve experienced the special connection that develops between us humans and our pets. And you know what I think? Cats have gotten a bum rap.

Cats have a reputation for being aloof, a bit standoffish, and very, very finicky, and it’s a stereotype that carries more than a bit of truth with it. They can’t help themselves. They’re biologically wired to be solo hunters in the jungle. But just because cats don’t “need” people as outwardly and unabashedly as a typical dog, it doesn’t mean that they’re not affectionate, loving, and loyal in their own beautifully feline way. Any true cat lover can tell you as much.

While cats might not “need” their human companions as much as other pets might, it turns out that there are a lot of ways that we actually need them, at least as far as being healthier human beings goes. That’s right—owning a cat can actually make you healthier. Let’s take a look at how and why owning cats can benefit our health. 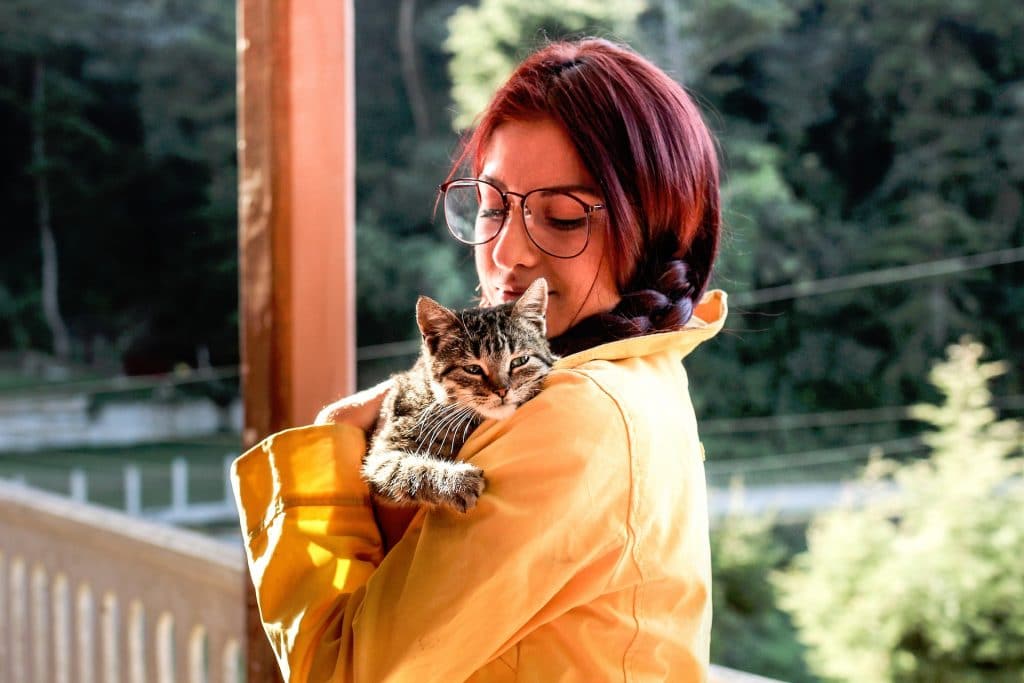 Have you ever wondered why there are so many programs that bring pets into hospitals or onto college campuses during exam times? If you’re a cat owner, you probably already know the answer. Turns out, petting a cat (or a dog) can actually help lower stress.

How? Researchers think that the de-stressing effect of petting a cat can lower your cortisol levels. Cortisol is a hormone that’s often released during high-stress periods that helps regulate a lot of important functions in the body.

However, at higher levels, cortisol can disrupt essential body functions like immune suppression and blood sugar regulation. So call your cat up on your lap and start giving her lots of pets—it’s good for you!

Did you realize that owning a cat is good for your heart? Sure, pets teach us how to love unconditionally, but I mean good for your physical heart. And brain. And circulatory system.

In study after study, cat ownership has shown a direct correlation with a lowered risk for stroke, by up to a third, as well as myocardial infarction and overall instances of cardiovascular diseases. You don’t even have to currently own a cat to benefit, as one study showed that even former cat owners were 40% less likely to suffer from heart attacks, which surpassed the effectiveness of heart medications. Why? Researchers aren’t sure, but some think it could be the overall de-stressing impact of owning a cat.

Many of us are aware of one indisputable fact: a cat that sleeps in your bed will take up nine times as much space as you’d think their tiny body is capable of. But guess what? A pet sleeping in your bed might actually help their owner get a better, less disrupted night of sleep than someone who sleeps alone.

That’s because many cat owners feel a sense of ease when their pet is around which can help their bodies settle into deeper, more restful sleep cycles. Try to remember that the next time you wake in the middle of the night with your favorite cat purring lovingly as she sleeps on your head.

4. Their purr may help heal bones and tissue

I’ve talked about the benefits of a cat’s purr on this blog before. One of the main reasons researchers believe that cats purr is that its resonance is at a level that can help heal bones and soft tissues in their body. But purring might not just be restorative for the cat, but also for the people around him as well.

A cat’s purr resonates between 25 and 150 Hertz, a frequency that scientists have discovered can help humans heal after trauma and injury. When your cat cuddles up on your lap and purrs their little heart out, it might just be helping your body heal in ways you don’t even realize.

5. Lower the incident of allergies

It used to be that new parents were warned to keep possible allergens away from babies and young children just to be safe. These days, however, parents are learning that having a cat or dog around the house might actually be the key to keeping childhood allergies at bay.

It’s not just pet allergies that early pet exposure helps protect against either, but other common allergens such as ragweed, dust mites, and grasses. Though they’re not yet sure why there’s a correlation between allergy protection and cat ownership, many doctors are now much less wary of early pet exposure. 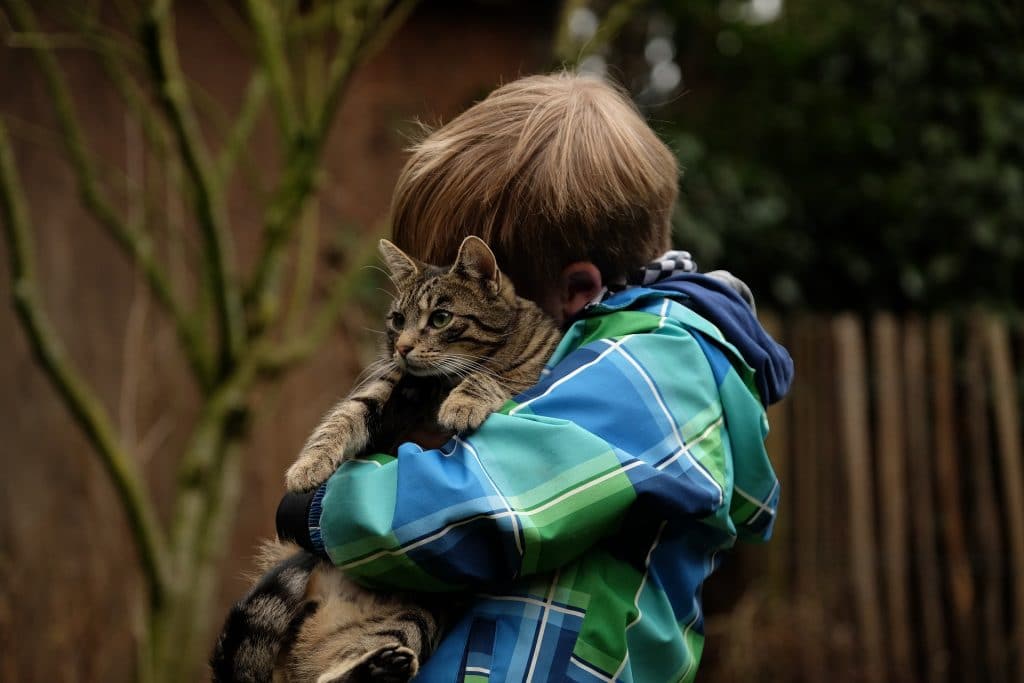 Having a cat as a housemate doesn’t just help protect young children from allergies, it can also help mitigate the risk for childhood lung diseases such as asthma, pneumonia, and bronchitis in children who are genetically predisposed to be at risk for breathing disorders.

Again, researchers aren’t entirely clear on why there’s a correlation between living with a cat and disease alleviation. Some speculate that cat dander may play a role in helping the body’s immune system learn how to deal with environmental irritants early on in childhood.

Finally, and perhaps most importantly, owning and caring for a cat can be the perfect antidote to alleviate loneliness and help prevent or moderate depression. The secret to this mood-lifting superpower? Hormones.

In a study by the National Center for Biotechnology Information, researchers found that when subjects spent time with a pet, their levels of oxytocin shot up. Oxytocin is a hormone that helps humans feel more at ease with a stronger sense of security and happiness. Additionally, playing with or petting a cat can help increase levels of dopamine and serotonin, two of the happiness chemicals that help regulate our moods and keep depression at bay.

Additionally, being responsible for taking care of your cat can help be a motivator on the days you’re feeling a bit overwhelmed. No matter how much you might feel like staying curled up in bed, there will always be a furry little purrer nosing at you and urging you to get up, give him some scratches and, for the love of everything, fill his food bowl up already. You’ve gotta love those cats.

While owning a cat doesn’t usually require as much physical exertion as owning a dog can (thank goodness!), there’s no reason that being a cat person doesn’t mean you aren’t getting a workout. I mean, think how much time you already spend doing squats to pick up all of the stuff your cat oh-so-lovingly bats onto the floor over and over and over again. It’s its own kind of CAT-isthenics (groan, sorry).

Seriously, though, with a little effort, being a cat owner can help you get in some extra daily exercise if you get creative. The trick to getting extra exercise is to play with your cat. Pull out your cat’s favorite toy and get on the floor and play with him for a bit. Not only might your heart benefit from moderate exercise, but your cat will stay in better shape, too.

Rebecca Bridge is an author, screenwriter, professor, metalsmith, painter, and mom who lives in the Pacific Northwest. She's also a best friend to two of the best dog pals, Space, a moody Shiba Inu, and Mops, a tiny rescue affenpinscher-mix who has never met a lap he doesn't love. 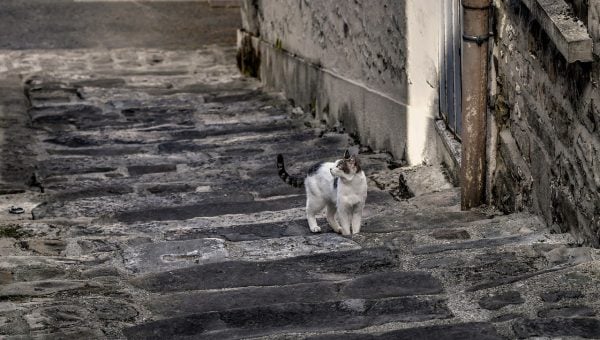 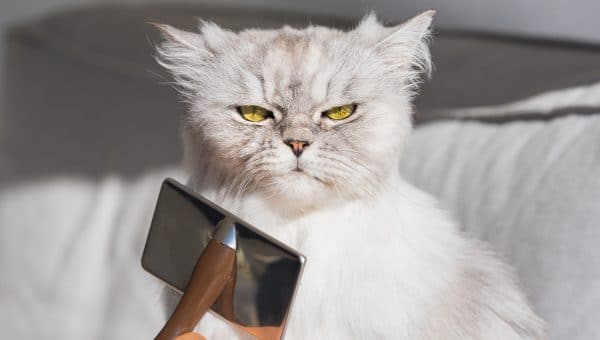