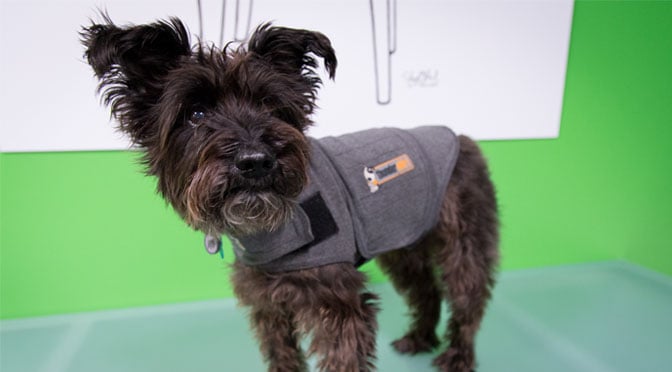 The wind kicks up, thunder rumbles in the distance, and your dog is panting, trembling, and looking for a place to hide. Sound familiar? Storm phobia is an incredibly common problem for dogs, especially among herding breeds. In extreme cases, dogs might injure themselves in their panicked state, or even become destructive or aggressive. Without any treatment, storm phobia in dogs worsens over time.

For pet parents living in areas with frequent storms, their pet’s fear can be downright heartbreaking. The good news? There are a variety of ways to put the brakes on storm phobia. With a little trial and error, you can find a treatment (or combination of treatments) to help your dog feel safe and secure during a storm. 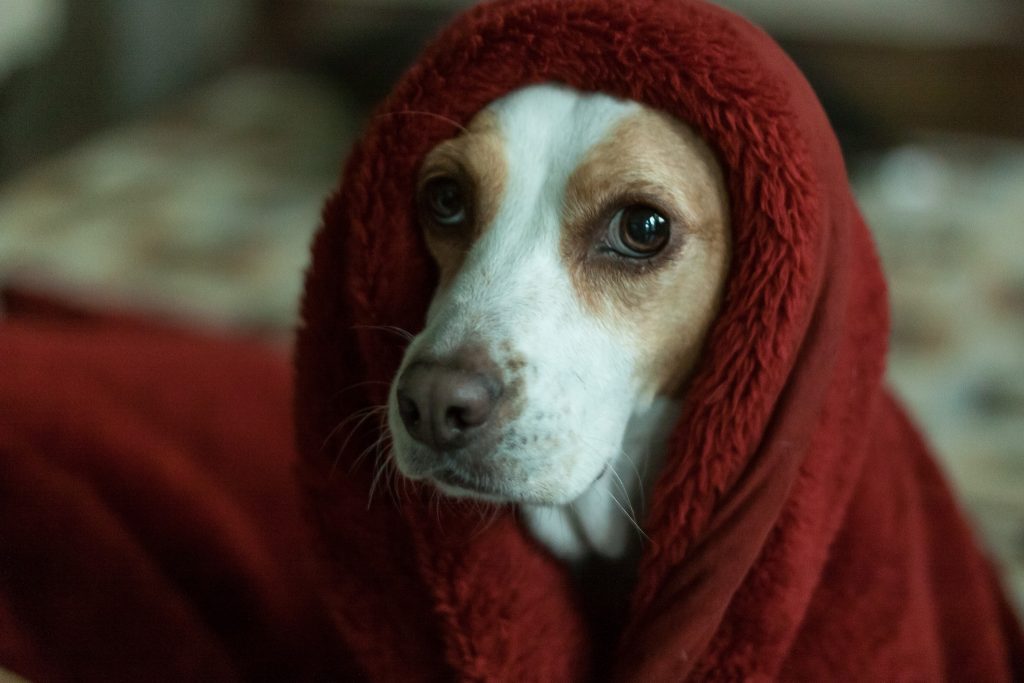 In dogs with mild cases, simple counter-conditioning can ease anxiety. Counter-conditioning can also keep puppies who haven’t had much exposure to storms from developing a phobia. The key is to pair something your dog loves with the earliest signs of the storm, and continue providing it while the storm lasts. Try extra-yummy treats like chicken or cheese, or a fun game like fetch or tug-o-war. Patricia McConnell, a noted animal behaviorist and author of “The Other End of the Leash,” explains it this way. “Your goal is to condition your dog to associate thunder with something he loves, so that his emotional response to the loud noise is ‘Oh boy!’ rather than ‘Oh No!’”

Create Your Own Storm

For dogs with mild storm phobia, thunderstorm recordings can also be effective. Since you can’t always predict when storms will happen, such recordings allow you to control the frequency and intensity of exposure. Victoria Stilwell, prominent advocate of positive reinforcement-based training, has produced a set of Canine Phobia Series CDs that includes thunderstorm recordings. Begin by playing them at a low volume, paired with your dog’s favorite treats or games. The goal is to gradually increase your dog’s ability to remain calm and happy during the recordings. When a real storm arrives, she’ll be more prepared to cope.

When a storm approaches, many pet parents have noticed their dog heading for a bathtub, sink, or basement drain. (I’ve seen this with my old dog Blizzard, a double-coated Samoyed mix.) The changes to the atmosphere that accompany a thunderstorm can create an uncomfortable build-up of static electricity in a dog’s coat, and even produce painful shocks. They seek out water because it’s grounding. To help alleviate static, try the Storm Defender: a cape with a silver, anti-static lining. Nicholas Dodman, director of the Animal Behavior Program at Tufts University, set out to test the effectiveness of the Storm Defender. He found the cape relieved anxiety during thunderstorms. In fact, one of his subjects reported that their dog “would run to the place where the cape was hanging during storms and look at it longingly until his owner put it on him.”

Wrap Your Dog in a Wearable Hug

Another option that may provide your frightened pup some relief? Pressure wraps. These snug-fitting vests apply sustained, comforting pressure to your dog’s torso. Temple Grandin, professor of animal sciences, has researched this method and discusses it in her book “Animals Make Us Human”. Dr. Grandin advises putting on the wrap for 20-30 minutes, removing it for a similar period, and then reapplying it. A handful of companies offer them; we like both Anxiety Wrap and Thundershirt. 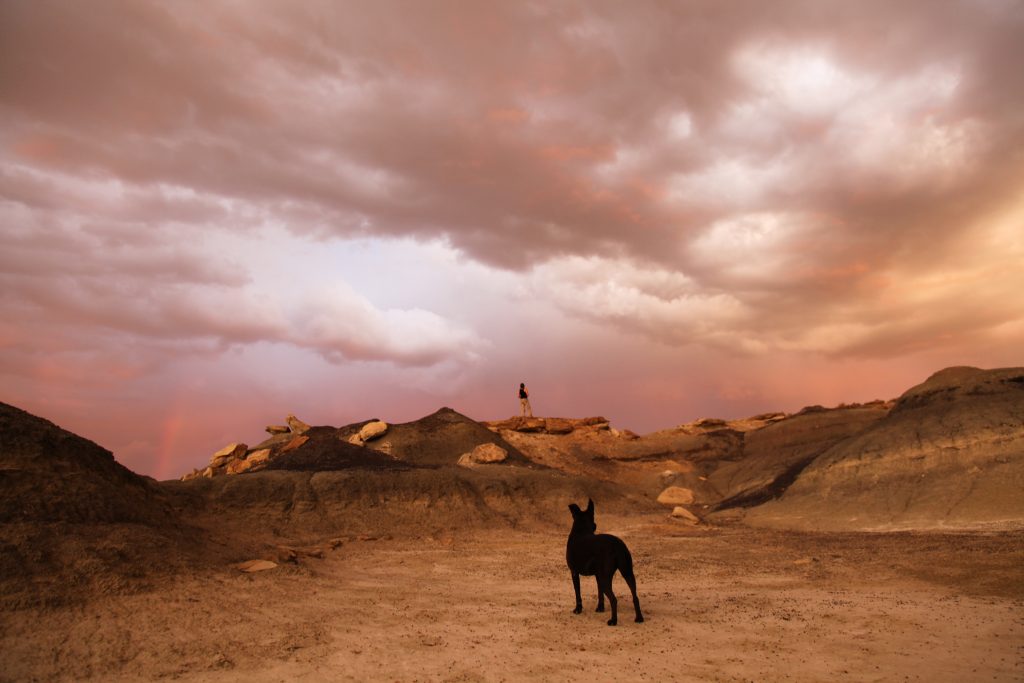 Your dog may try to seek out a “safe zone” when a storm is on the way. You can help by making sure there’s a comfy place accessible to her. The ideal space is underground and soundproof, but still warm and bright. Your dog may like going into a crate or kennel, but you should keep the door open during storms, as confinement can exacerbate a dog’s stress. A standing fan, music, or the television will provide some white noise. You can also try adding sound-dampening materials to your dog’s safe spot.

There are a variety of options that could help treat your dog’s storm phobia.

A common myth has it that if you pet your pup during an anxious episode, they’ll feel more afraid. However, calmly soothing and reassuring your dog is fine as long as you avoid loud exclamations or frantic movements. So cuddle away!

What sorts of things have you tried to help with your dog’s storm phobia? Let us know in the comments! 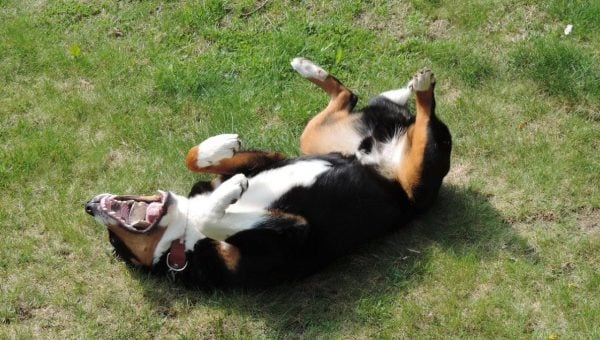