You’ve probably seen a hypnotist on television or the state fair, mesmerizing a volunteer until they squawk like a chicken or bark like a dog. It turns out that chickens and dogs can be hypnotized, too. Chickens are apparently the easiest to put in a trance-like state, but it can also work on dogs.

Some dog lovers suggest hypnosis can be very useful. Hypnotizing a canine isn’t the same as hypnotizing a human, but it can help them become docile and reduce stress and anxiety. Expert opinions on dog hypnosis vary. If you do your research and decide it’s a good idea for you and your pet, here are some tips on how to go about it.

If your goal is gaining the attention, trust, and compliance of your pet, your best bet is a comfortable, quiet atmosphere.

Find a place they’re likely to be the least agitated. Remove distractions like other people, pets, and noises. Think: comfy bed (memory foam

is easy on the joints), a favorite blanket, and familiar smells. You can also try stacking the deck with Rescue remedy, a calming collar, 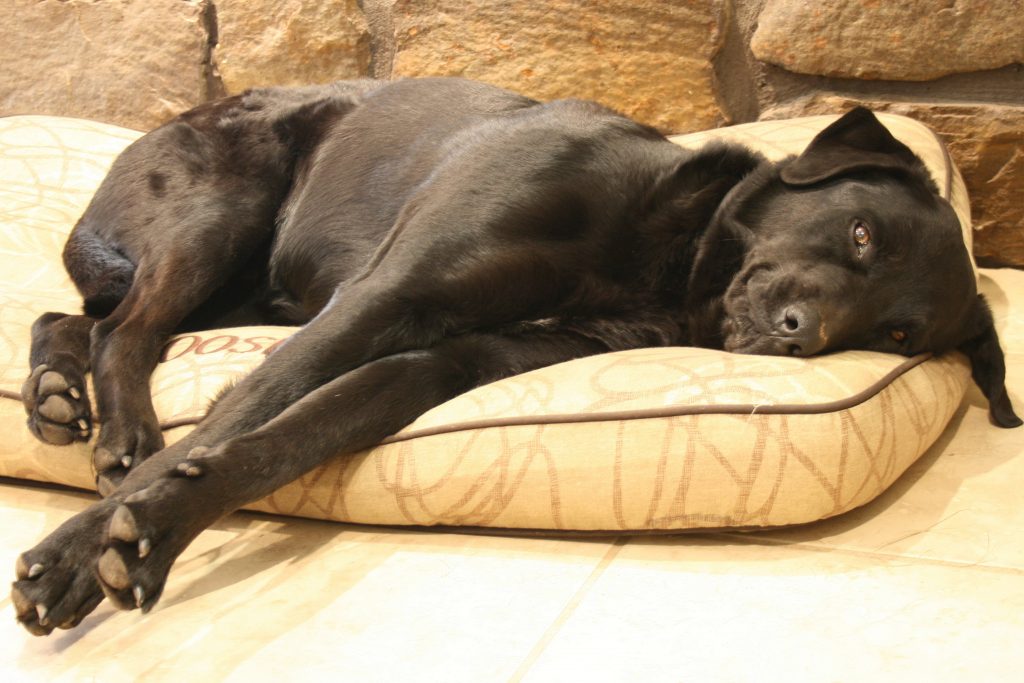 Human hypnotists use deliberate touch (an arm, shoulder, etc.) to establish connection and trust. Your dog is no different.

Give calm pets, and try stroking their head, back, and belly. Solidify the serene environment with loving hands.

Repeated, soothing phrases to “relax” and “calm down” help cue your dog.

Before working with your dog’s body, it’s important that they’re comfortable with your presence and voice. Calming music is also helpful. 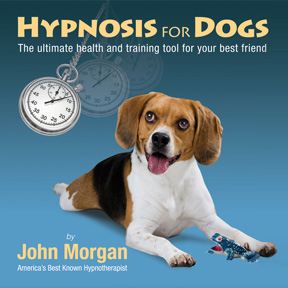 Renowned hypnotist John Morgan even created a special mix of music and voice called Hypnosis for Dogs if you don’t want to DIY your playlist.

After these first three steps alone, your dog may already appear hypnotized. It could just be that they’re feeling calm and dozing off—which is enough for many pet parents!

For a deeper state of hypnosis, the next step is shifting your dog into a submissive position. Opinions vary on this. Some suggest animals—including dogs—can be lulled into a hypnotic state simply by sitting them on your lap with their rump closest to you and head between your knees.

Others recommend shifting your dog onto their back, holding them under the arms, and stroking their belly until their limbs go limp.

The dog in this video has obviously been well-trained to be responsive to this, so don’t expect the first time to be so simple with your own dog. 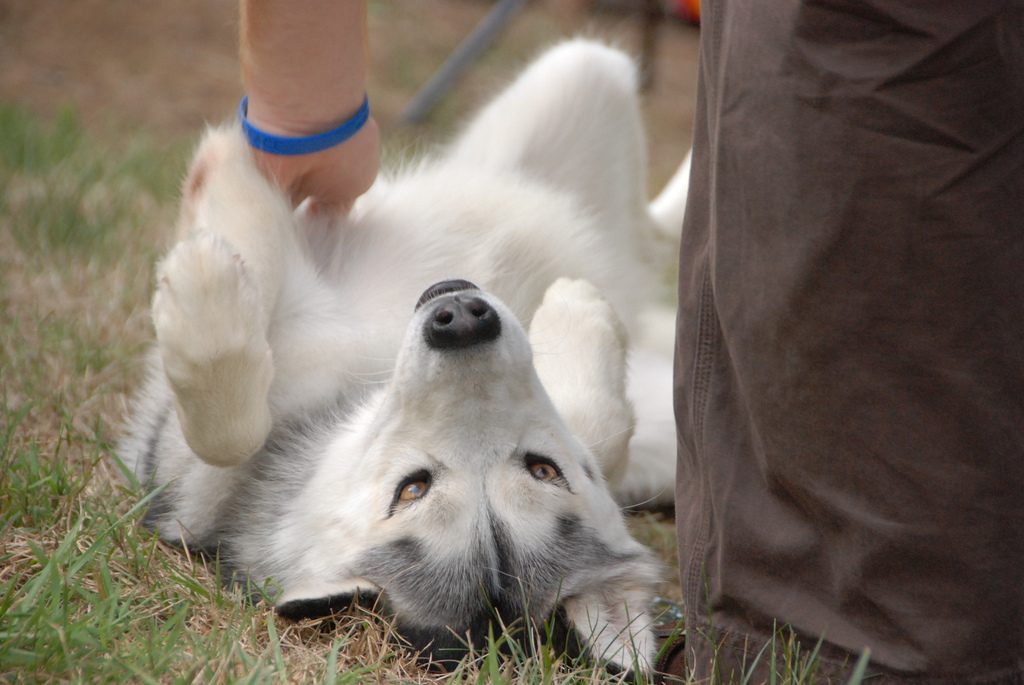 What will a hypnotized dog’s body language be like? You’re waiting to see a state known as tonic immobility. They’ll be perfectly still and limp. At this point, you should be able to release them, and they’ll remain in a tonic state.

Test their limbs for responses, and if they start to rouse, place a gentle hand on their face and speak soothingly.

A clap or decisive call should wake them from the state of hypnosis whenever you’re ready.

The Real Question: Why Hypnotize a Dog? 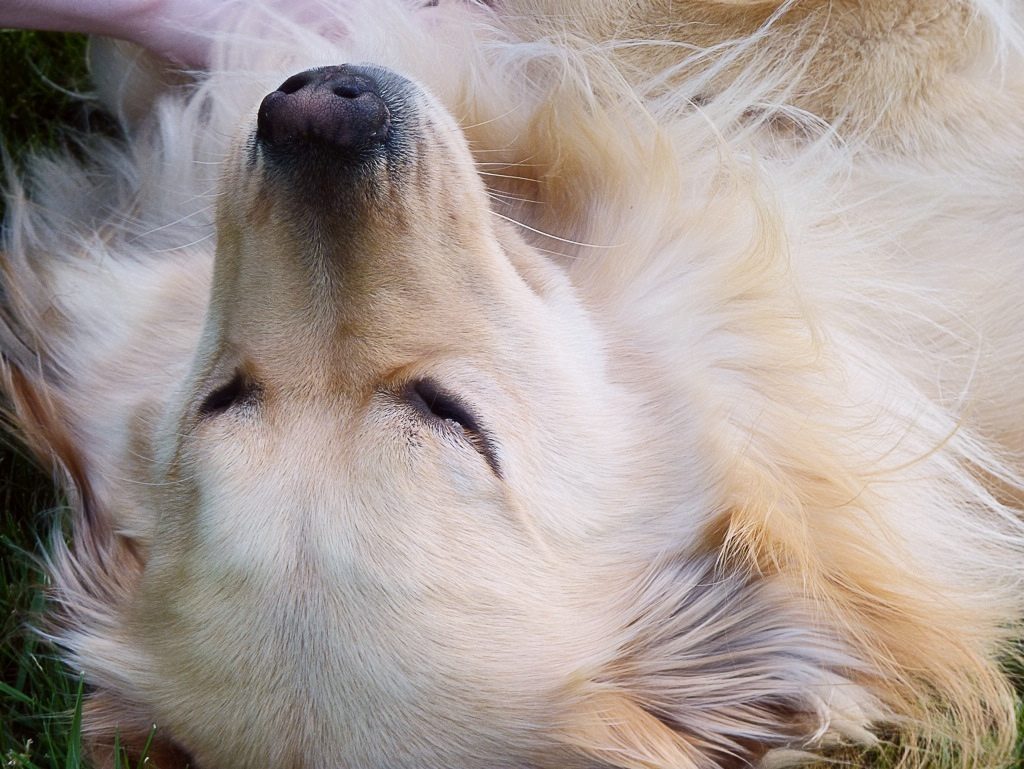 Hypnosis can be a kind of “time out” and stress reliever for dogs, especially for those who experience anxiety. The jury’s still out, and opinions differ: some are concerned the tonic state—once an instinctive response to certain predators—may not help against fear, but aggravate it instead.

Make sure to consult your veterinarian before you begin, and take it slow and easy, always watching your dog for cues.

Top image via Flickr/germanny: “Blu Getting a Massage”