Caring for an anxious dog is like trying to solve a complex math equation: every dog is different, and with so many forms of treatment available, it can overwhelm a pet parent just figuring out where to begin and how to work through the variables. One method of treating dog anxiety that has gained popularity over the last few years is dog calming pheromone treatment.

What Are Dog Calming Pheromones?

According to PetMD, dog pheromones “are odorless and colorless chemical signals” that help dogs communicate. Cats have them, too (along with humans, most animals, and even some plants), and they are “species-specific,” meaning dogs, cats, and people usually can’t detect the pheromones of each other.

Each species has different kind of pheromones, released under different circumstances to achieve various effects. Nursing dogs and cats, for example, release a special kind of comforting pheromone to let their offspring know they are safe. This pheromone has been produced synthetically and is available in a variety of formats (room diffusers, spray, in treats, and on collars) to help calm anxious pets.

For dogs, Dog Appeasing Pheromone, or DAP, has been subjected to a fair amount of scientific research and has proven effective in treating separation anxiety. It can also be used to help dogs stay calm through other anxiety-inducing events, such as thunderstorms and fireworks displays.

Cat calming pheromones, especially the proprietary brand known as Feliway, are also widely available and often quite effective. In its products, Feliway uses both appeasing pheromones (the nursing mom chemicals) and marking pheromones, which mimic the pheromones cats leave behind when they rub their faces on people, furniture, and walls that signals the location is safe.

The study of pheromones is still an emerging field, but in general, pheromones are intriguing enough to science that they have been studied for human use. Early signs seem to indicate they could potentially decrease symptoms of Generalized Anxiety Disorder. 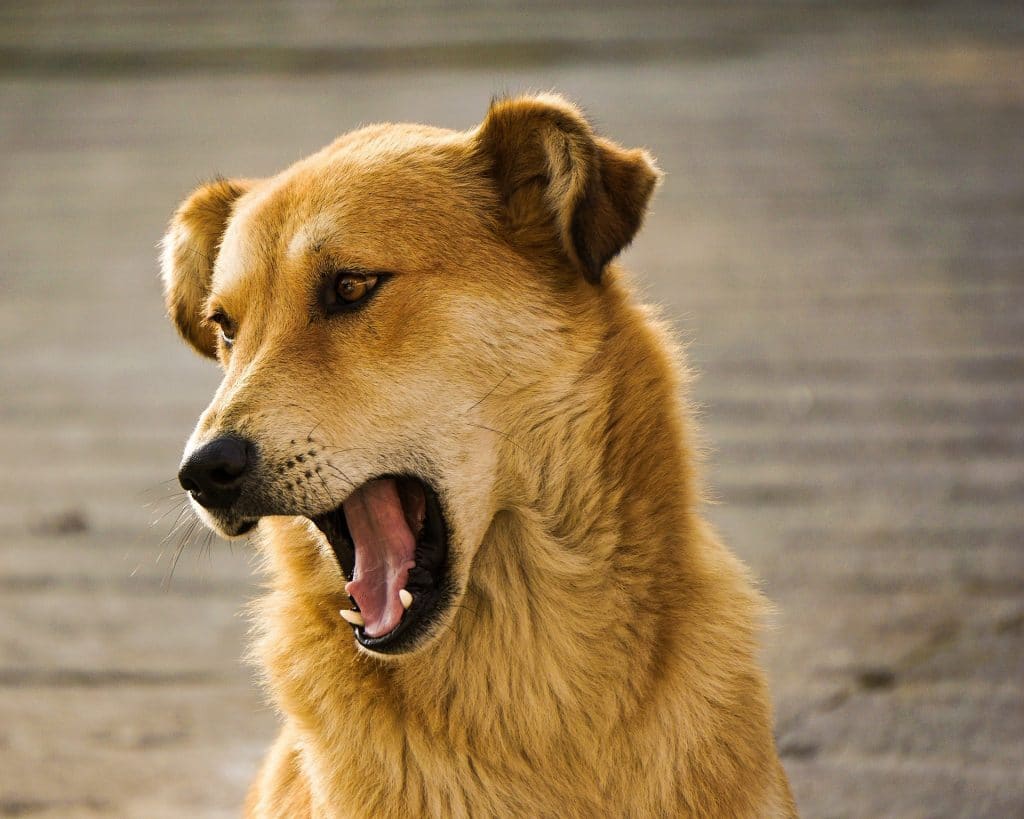 Just like anxiety for humans, anxiety in dogs can show up as a lot of different behaviors. Dogs often express anxiety by whining or behaving more aggressively than normal. According to The American Kennel Club (AKC), some of the following behaviors could indicate that your dog may be struggling with anxiety:

There are instances where you may be able to easily find and treat the cause of your dog’s anxiety (when you might consider approaches such as situation avoidance, regular exercise and stimulation, and/or behavioral or obedience training), but in some cases, your dog’s anxiety may be totally out of your control (cue the 4th of July fireworks). In those times, you may want to seek out an alternative remedy—which brings us to dog calming pheromones. 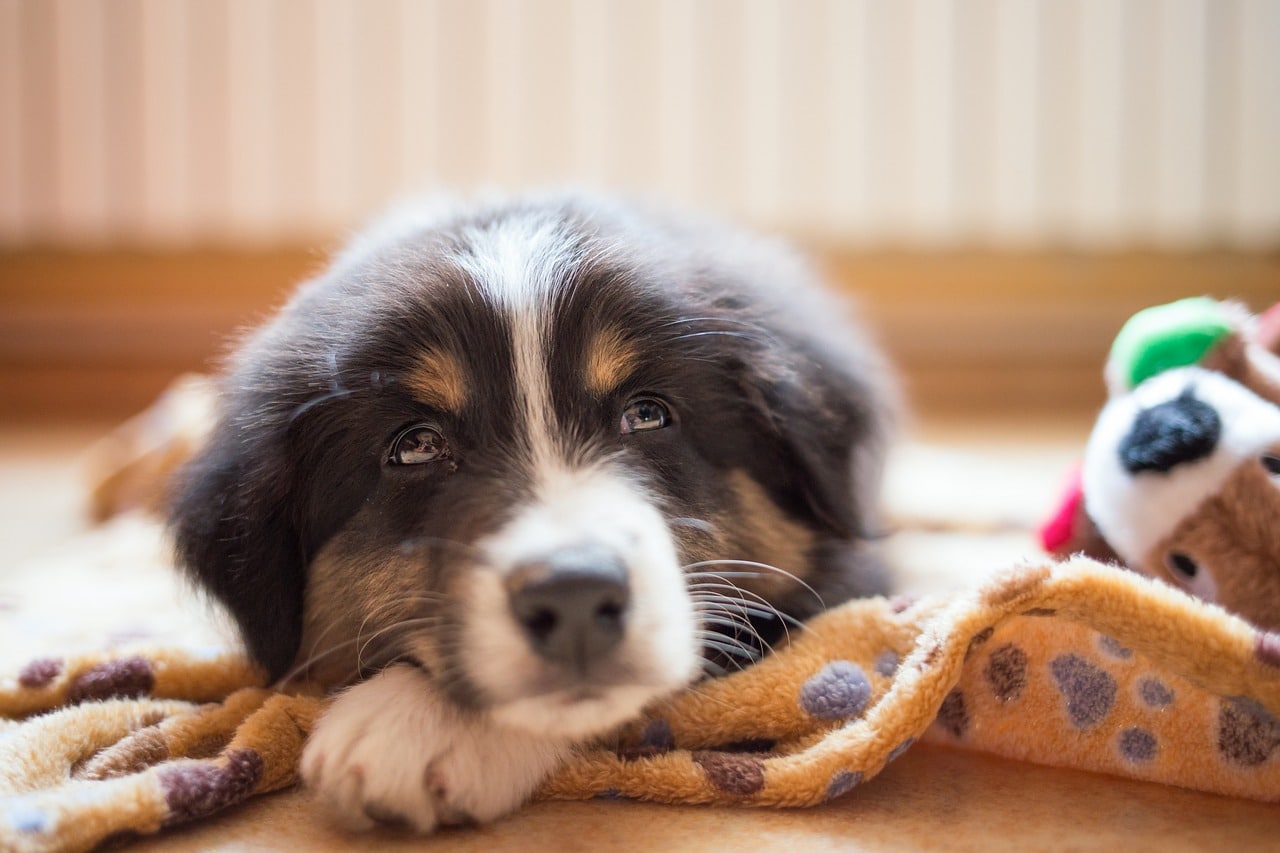 Image by torstensimon from Pixabay

Unfortunately, with or without pheromones, there is no magic bullet to treating your dog’s anxiety.

Many dogs react favorably to dog calming pheromones, while others don’t seem to have much of a noticeable change in behavior. As PetMD points out, “While calming pheromones may help with many issues in both dogs and cats, they don’t work for every potential issue or behavioral problem your pet might be experiencing.”

Dr. Erin Perotti-Orcutt, DVM at Four Paws Veterinary Center in Seattle, Washington, recommends a multi-modal approach, especially where natural remedies are concerned. “Different things work for different dogs, so why not try a few remedies and see what works for your dog?” She added that ThunderShirts and calming treats pair well, with or without pheromones.

Exercise, both mental and physical, can be a major key to pacifying your pup. Bust out a puzzle toy to stimulate their mind, and see if you can add a walk or trip to the dog park to your routine.

For days when you just don’t have time to exercise the dog as much as she needs, consider hiring a walker or trying out a doggy daycare.

Another option to consider is training your dog more extensively, whether crate training or separation anxiety training.

If your dog displays aggression or extreme destructive behaviors as part of her anxiety symptoms, you may want to ask your vet about prescription medication. 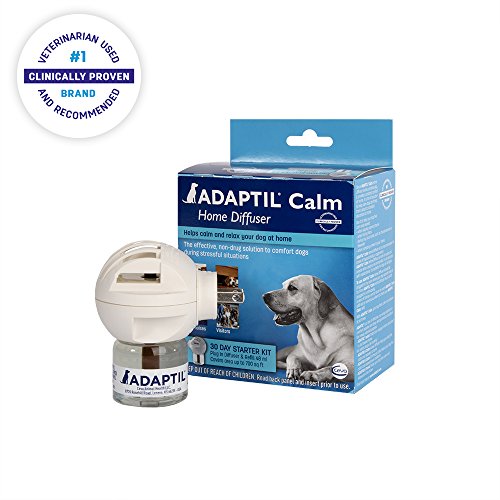 A home diffuser is ideal for dogs with separation anxiety. The plugin diffuser warms the odorless DAP solution, allowing it to spread throughout the room, providing your pup with a sense of calm and well-being while you’re away. The Adaptil Calm diffuser covers an area of up to 700 sq ft, for as long as four weeks.

This isn’t for all dogs, though. Breka, a dog owner in Seattle, told me, “My ex tried a pheromone diffuser to calm our crazy dog that ate everything. [The dog] ate the diffuser while it was plugged into the socket.”

We’ll consider that an outlier. 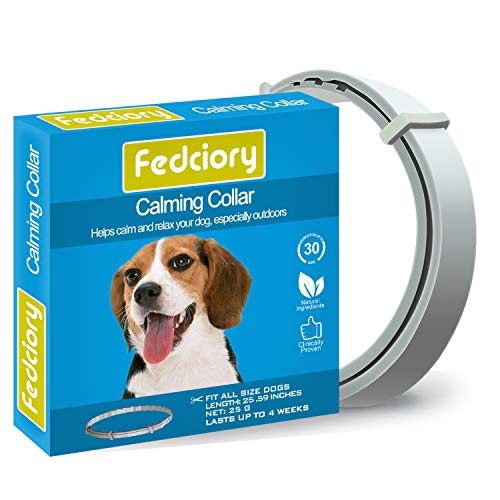 For travel, or for dogs who spend more time outdoors or roaming a large house, there are pheromone collars. The Fedciory Calming Collar provides the same pheromones as a diffuser, plus a soothing lavender smell, and is waterproof and effective for up to 30 days. 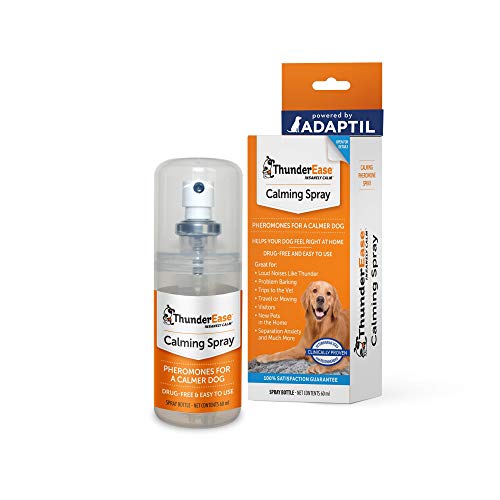 Spray on a bed or crate blanket, in the car, or on a ThunderShirt. This is a great option for travel and trips to the vet, as well as around the house.

A friend used this spray for her small, anxious beagle, Marzipan. “I definitely noticed Marzipan was more comfortable in her crate after I started using the spray,” she told me. “In fact, she would whine to go in!” 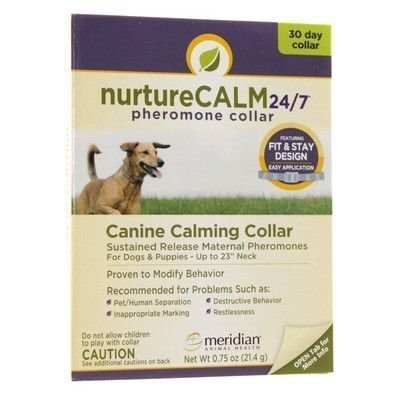 This collar has no detectable scent (to humans), is adjustable, and comes in a soothing, stylish blue.

If you would like to reduce your dog’s anxiety but haven’t had much luck with pheromones, here are some other options you could try. 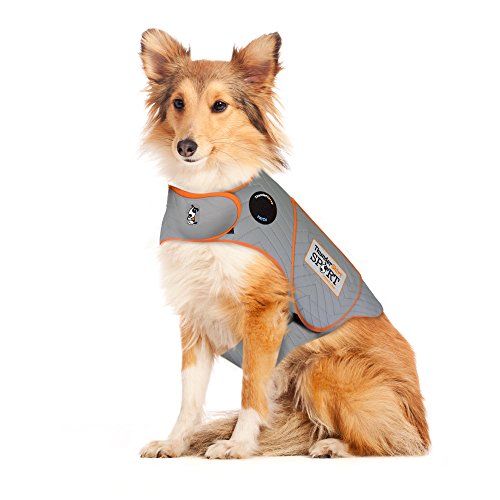 ThunderShirts provide the secure feeling of a hug, similar to the soothing effect of swaddling a baby. This style comes in different sizes, another color (fuchsia), is made of a more durable material that the classic ThunderShirt, and has a patch where you can pheromone spray for maximum effect. 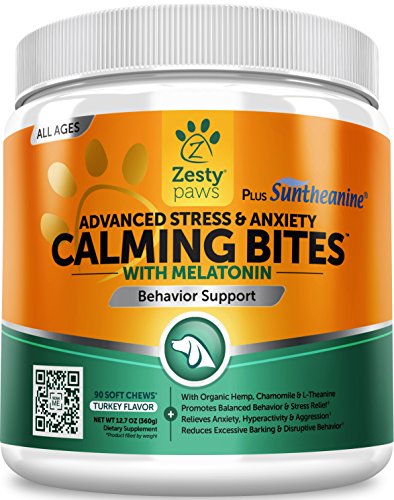 These tasty calming chews use chamomile and hemp alongside L-Theanine amino acid and melatonin to approach your pup’s anxiety from a few angles. Reviewers have mentioned that these bites are rather smelly to the human nose, but that dogs seem to love them. 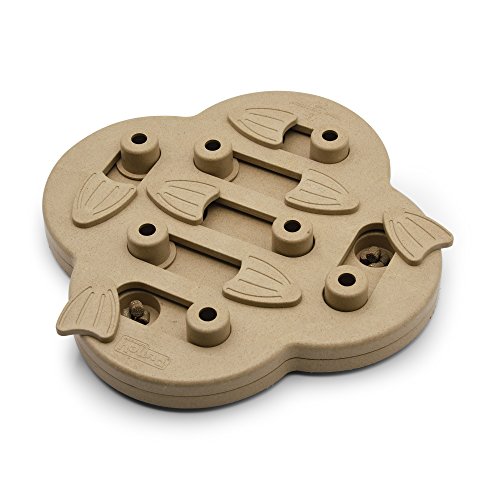 This challenging puzzle toy is designed to keep your dog’s mind preoccupied during times when they might be anxious; pop a few calming treats in it to enhance the effect.

Dog Calming Pheromones: Worth a Try

Similarly to anxiety in humans, there is no magic bullet for anxiety in dogs, but a combination of approaches that includes training, environmental modification, exercise, calming treat-type supplements, and pheromones, many pet owners see some improvement in their pet’s behavior.

No matter what you decide, you’ve got options, and as the owner of an anxious dog, you’re not alone. 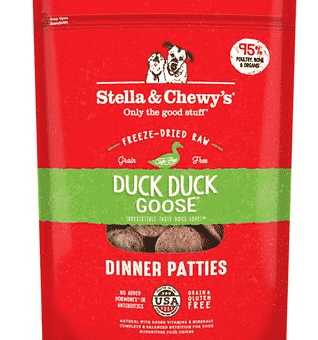 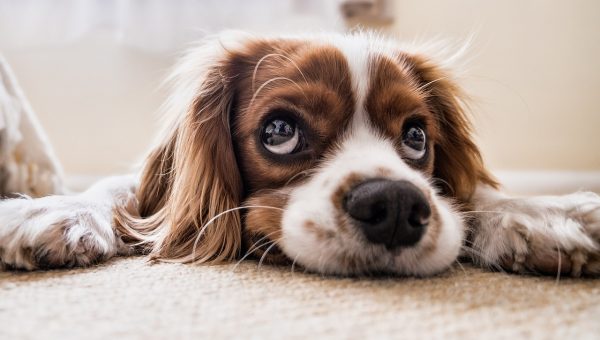 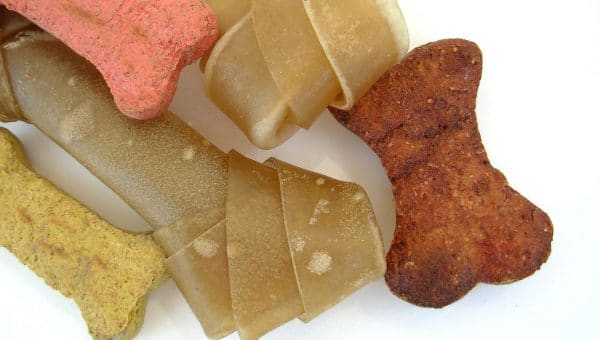