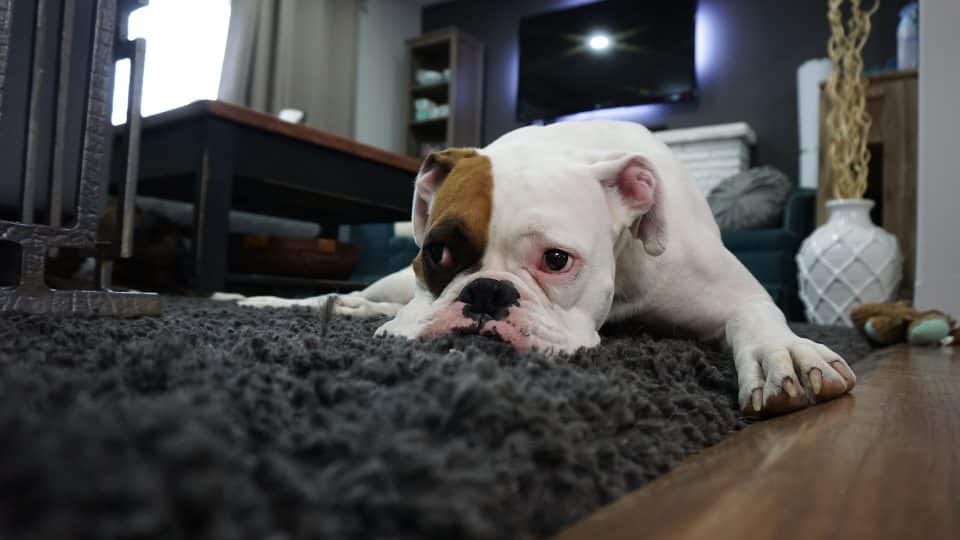 Calm, peaceful, and content: these are all words we want to use when describing our dog when at home, going to a vet visit, or while traveling. So what should we do when we find ourselves using words like fearful, anxious, and destructive?

Especially, during times of separation, seasonal fireworks, car rides, or thunderstorms, our furry friends may suddenly exhibit signs of fear and anxiety resulting in accidents, destruction of property, and sleepless nights for you. In dealing with anxious behavior, the main objective is to reduce your dog’s anxiety and increase their well-being. And, of course, you also benefit when your dog is calm, peaceful, and content.

What is Trazodone and how does it work in dogs? 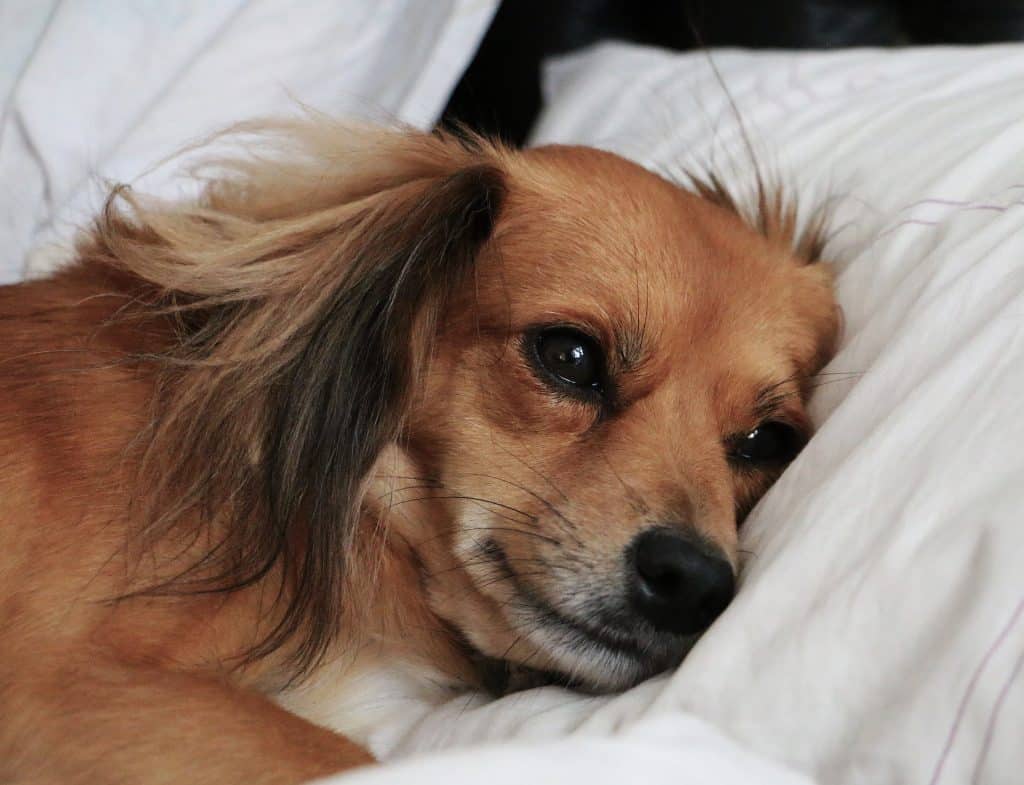 Trazodone HCl was first developed as an antidepressant for humans and used off-label for insomnia and post-traumatic stress. Since this medication has proven effective with a relatively safe profile, it has also been shown to be effective in dogs. It’s commonly prescribed to dogs (and cats) for anxiety, fear, and other anxiety-based behavioral disorders. It comes as an oral white tablet in different concentrations.

When is Trazodone prescribed?

The main objective of Trazodone administration is to minimize anxiety in short-term situations, as needed, or for generalized anxiety, administered daily. It’s also used for keeping patients calm during vet visits or while confined after orthopedic surgery.

Another example is before a vet visit: if your dog is usually fearful at the vet, a dose of Trazodone before you get ready to go will allow the medication to work in time for the car ride.

The time of onset and how long it lasts does vary from dog to dog, so it will be informative to do a practice test a day or two before a potentially fearful event, so you can optimize the timing. Trazodone is given every 8 hours and as needed based on the dog’s weight and response.

Possible side effects of Trazodone

In a recent study, Trazodone was found to be well-tolerated with minimal side effects in dogs.

An unlikely but serious side effect called Serotonin Syndrome can occur when Trazodone is combined with other serotonin-enhancing drugs such as Fluoxetine and Clomipramine (anti-depressants). If you notice tremors/shivering, dilated pupils, or difficulty breathing, these can be signs of Serotonin Syndrome and you should take your dog to the vet immediately.

Trazodone has the advantage over other anti-anxiety medications of having the lowest seizure risk and fewer adverse effects.

Trazodone can cause an allergic reaction, so dogs who are potentially hypersensitive to it should not be given this medication.

If your dog is on any MAO (monoamine oxidase) inhibitors such as Selegiline or Amitraz (used for mange treatment and tick control), then they shouldn’t be given Trazodone. Also, if your dog has any kidney, liver, or heart problems, then you should discuss using Trazodone with your veterinarian.

Any medication you administer to your pet can serve as a tool to enhance their well-being. Using an adjunctive medical therapy such as Trazodone, with a behavioral modification program is recommended for results in behavior changes.

With active communication with your vet about dosing, reporting any side effects, and consistency in your training, you’ll increase the likelihood of a positive outcome.

Resources for behavioral modification can be found at the following sites:

Dr. Ari Aycock-Williams is a board-certified, licensed, and USDA-accredited veterinarian. She earned her Doctor of Veterinary Medicine degree at Michigan State University in 2009. Dr. Aycock-Williams went on to complete her residency and certification in Laboratory Animal Medicine at the University of Southern California. Currently, she is the Senior Clinical Veterinarian at USC in the Department of Animal Resources. 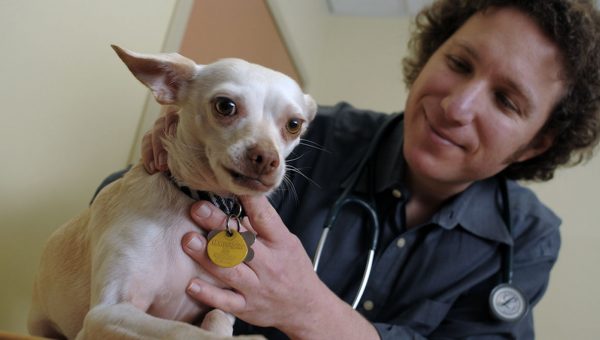 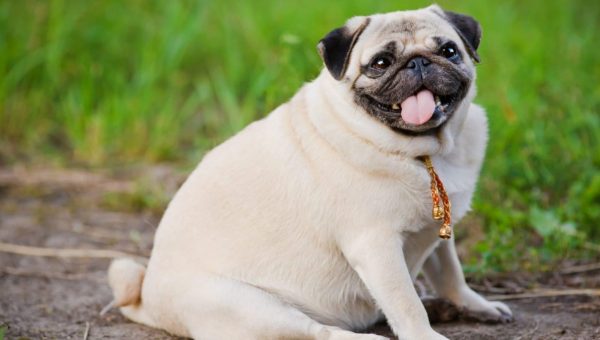