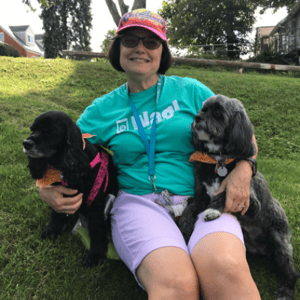 “Kathleen has been a wonderful pet sitter. Last minute, I was leaving on a trip for my grandmother's funeral and she was more than happy to take my pup for the w…” (more) 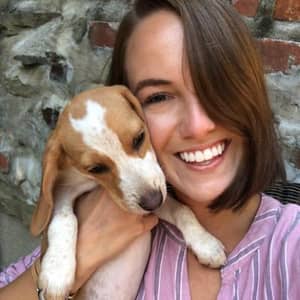 “Boyfriend here! I've witnessed firsthand the love and attention that Elizabeth puts into caring for the dogs in her life. She takes the time to understand your …” (more)

from
$50
per night
Calendar Recently Updated 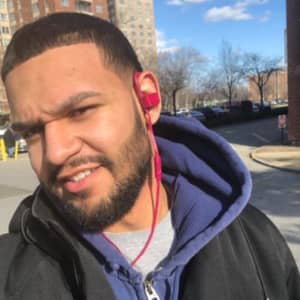 “Gabriel took great care of Riley and she was very relaxed and happy when we picked her up! I received updates daily and lots of pictures. Absolutely would use a…” (more)

“Victoria took great care of my two pups, I highly recommend booking her. I have two very sensitive pups, one a Pug, the other a Boston Terrier. They have totall…” (more)

from
$34
per night
Calendar Recently Updated 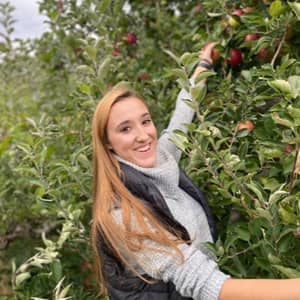 “Isabella was fantastic, communicative before, during, and at pickup. She sent photos and updates, is very friendly and you can tell she really loves dogs! I wil…” (more)

“Vail and Maverick instantly got along and started playing! Tracy and Eric made sure Maverick had a wonderful stay and from the pictures I got you could tell he …” (more)

“5 stars are not good enough for Cayla! She was AMAZING!!! My husband and I felt so comfortable and 100% trusted that Cayla would take such good care of our swe…” (more)

“She watched my yorky for the night while I was out of town and was wonderful! She sent me updates and photos and even had toys for her to play with. I would def…” (more)

“Pam was Extremely great with Bella. She kept me in the loop with her, she sent pics of Bella and she asked questions. I’ll definitely rebook with her and I reco…” (more)

“Thanks for taking such good care of Roscoe!!” (more)

“Rhonda was amazing! She was so friendly, we immediately felt comfortable leaving our Mia with her. Mia was happy and tired from playing when we picked her up- …” (more)

“Christy took great care of our dog, Toby, while we were out of state for a wedding. Lots of pictures, and he got on great with Bandit, the resident Beagle. We w…” (more)

“We cannot say enough great things about Kelly and the service she provides. 5 stars! She was great with our pup for 5 days and was always available with doggie …” (more)

“Marissa is by far the best sitter on rover! She is so kind to our dog and is very courteous towards us and our home! She was thoughtful enough to wear a mask, w…” (more)

“Sharon is the best dog sitter! I felt so comfortable leaving my black lab, Diego at her house for a few days. She communicated well and seemed to thoroughly enj…” (more)

“Melissa was great to communicate with prior to my dog staying with her. It was our first time leaving our dog more than 2 days and the 4 days she was with Meli…” (more)

“Allison and her family were absolutely wonderful for Lucy and Theo. We had a meeting prior to their stay at their home to familiarize our dogs with Allison. U…” (more)

About: My name is Alexis, and my boyfriend and I live in a dog friendly two bedroom townhouse close to the University of Pittsburgh. Our townhouse has a bac… (more)

“Jes was great with my dog Storm for a long weekend. She was very accommodating with drop off and pick up times. Would definitely use her services again!” (more)

“Keri is an awesome sitter! I felt completely comfortable with her boarding my 11 month puppy knowing that he would be cared for by such an attentive sitter. She…” (more)

Pittsburgh pet parents want to make sure their dogs are well taken care of when they're away, and that's where Rover comes in. Dog sitters in Pittsburgh will treat your pups like part of their family, and offer them all the comforts of home, unlike a kennel. If you're looking for dog boarding in Pittsburgh, try a Rover sitter who'll care your pup in their own home, offering plenty of one-on-one attention.

Why do dog owners love Pittsburgh?

Residents of The 'Burgh are treated daily to a city full of history, entertaining professional sports leagues, and cultural institutions. Home to educational institutions like Carnegie Mellon University and the University of Pittsburgh - plus cultural attractions including the Andy Warhol Museum - it's often ranked one of the country's most livable cities. So it's easy to see why dog owners love living in Pittsburgh. Plus, there are tons of dog-friendly green spaces and friendly Rover dog sitters and walkers throughout the city.

Which parks in Pittsburgh are good for dog walks?

Referred to as OLEAs, Pittsburgh has many Off-Leash Exercise Areas your dog to enjoy. Take Frick Park dog park on Squirrel Hill - it's a massive 644 acres for you and your dog to explore. There are separate fenced areas for running, lots of trails, and a swimming hole for dogs near Lower Tranquil Trail. Though not quite as large, Riverview Dog Park at Perry North is still a huge park to visit at 259 acres total, with two acres fenced off just for off-leash fun near the Allegheny Observatory. At Bernard Dog Run in Lawrenceville, you'll find a bustling half-acre park under the 40th Street Bridge. There are separate play areas for large and small dogs to keep pups safe and having fun with other dogs their own size. Dogs need to stay on leash at Point State Park, but that shouldn't stop you from spending a day walking its three main hiking trails. It's right downtown in the Golden Triangle, so you can't miss it!

What Pittsburgh neighborhoods are good for dog owners?

Pittsburgh has over 90 vibrant and unique neighborhoods, so deciding where to visit or even settle down can be a tough decision. From S&D Polish Deli to the Pennsylvania Macaroni Co., there are tons of interesting and eclectic shops and grocers in the Strip District, just east of downtown Pittsburgh. If you're looking for something a little more upscale, take your shopping over to the Shadyside area. You can get a dose of culture and intellectual discussion in Oakland, where you'll find the 53-story gothic building that houses the University of Pittsburgh's Cathedral of Learning. If you need a place to stay, check out the edgy, metroplication chic of the Ace Hotel or Indigo Hotel in the East Liberty neighborhood. Looking for a bite to eat? Head over to Pittsburgh's "Little Italy," Bloomfield. Take a bridge from downtown to discover North Shore and North Side, home to Heinz Field and PNC Park, and be sure to get a glimpse of the larger-than-life Mister Rogers' statue nearby. You can also take a nice stroll down the tree-lined streets of the charming Sewickley neighborhood, or catch an amazing view in Mt. Washington.