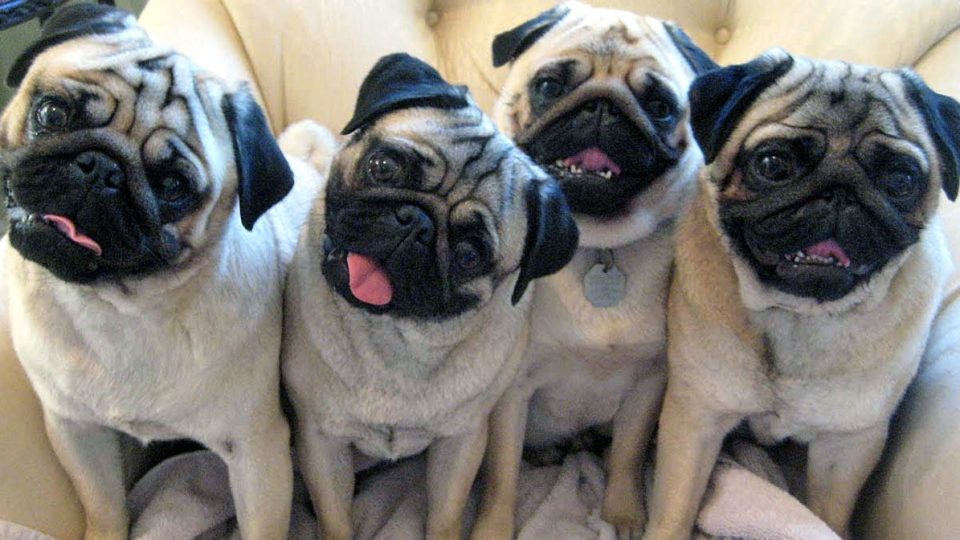 It’s official: one of the cutest things in the entire world is a dog tilting his head with expectant eyes and turned-up ears. But why do dogs tilt their heads? While we’ll never know for sure, researchers say it could be one of a few reasons:

The science behind the head tilt

Tilting the head to hear better

Let’s say you’re in a loud, crowded place, trying to carry on a conversation with someone. It’s hard to hear, so you turn one of your ears toward the source of the sound and perk it up, maybe even using your hand to fold your ear lobe and block out extraneous noise. Some researchers say that’s exactly what’s happening when your dog’s head tilts.

Dogs have earflaps that move, making it easier for them to locate the source of a sound—and how far away it is.

Tilting the head to see better

Humans have relatively flat faces, so when we have a conversation with someone, nothing obstructs our view. Dogs, on the other hand, have a muzzle that can block theirs.

Dr. Stanley Coren has an interesting exercise to demonstrate this: pull your fingers into a fist, then place it over your nose. It’s harder to see, right? It’s especially harder to see the lower part of someone’s face. We rely a lot on visual cues when communicating, even glancing at the mouth and lips while we’re being spoken to. Dogs do this too—but their view is different. Tilting the head to the left or right creates a new perspective, giving the dog more visual information to understand the message.

Tilting the head because they expect something

Everyone is guilty of puppy voice. So when your dog hears it—or something similar—he may perk up, expecting whatever he thinks is going to follow. It might be a walk, or a treat or a game of fetch—the bottom line is that something got his attention, and now he’s expecting something to follow it. Certain words, tone of voice or even the sound of the TV can trigger it.

Tilting the head to understand and show empathy

There’s such a thing as a sixth sense, and dogs totally have it. They can tell when something’s just not right, whether you’re wallowing after a breakup or cursing everything after stubbing your toe. They may be confused, so they’re assessing the situation, checking out how you’re doing—and then probably giving you lots of kisses and snuggles. It’s called empathy, and it’s an admirable trait in humans and dogs alike.

Tilting the head to get a reward

After time, your dog may start to correlate being adorable with receiving a treat. Let’s say you give your dog a small bone every time he cocks his head—soon enough, he’ll string those actions together and start cocking his head for food or extra petting. Smart, right?

Tilting the head because of a health issue

On a more serious note, a head tilt could signal an underlying health issue. If your dog is tilting his head frequently, he may be trying to regain his balance or prevent himself from falling. The culprit? Vertigo, essentially. When something’s not right in the vestibular system, we have a hard time gauging where we are in relation to our surroundings, which can be scary and off-putting. If you notice constant head tilts, falls or even nausea in your dog, make sure to visit your vet.