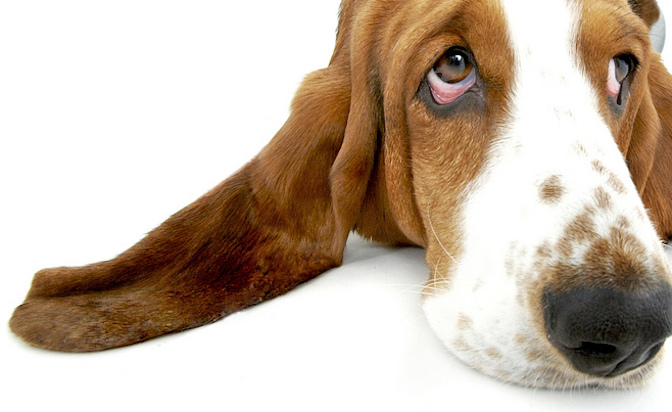 In certain moments, our dogs feel so human—they respond to us emotionally, their faces look so expressive and knowing. In other respects, they seem totally alien, like visitors from another dimension. Especially when wearing striking, unusual, and marvelous physical features—a kinky tail, marbled eyes, or, in this case, long, flowing ears! Enter dogs with floppy ears.

Some breeds wear long ears like a fashion statement. At great speeds, their ears become exalted wings.  And few things are more soft and luscious than a long, velvety dog ear.

From a practical perspective, long ears help dogs track the scent of their prey. Like a bonnet, hefty ears funnel odors closer to a dog’s nose, which explains why most dogs with floppy ears are hounds, bred to track prey for hunters over long distances.

On top of their impressive work ethic, these breeds are loved for their warm personalities and great companionship. We just wanted to offer a big hooray for all the dogs whose ears make a big, bold statement!

Breeds of Dog With Floppy Ears 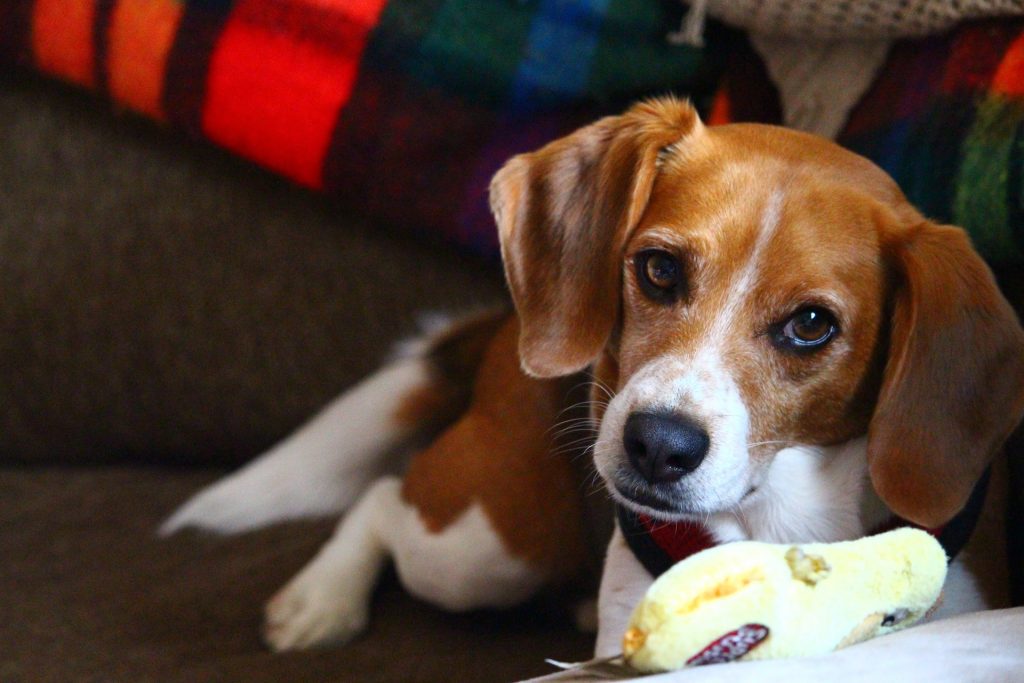 The beagle is one of the most popular breeds in the US. They’re known for their strong noses—they’ll tirelessly track prey for miles—but they’re also known for their big mouths and bottomless stomachs in addition to their luxurious floppy ears.

Beagles love to vocalize, and beagle is actually French for ‘loudmouth.’ Ironically, the most famous cartoon beagle, Snoopy, never spoke on screen, but he was full of sophisticated thoughts and observations!

Beagles are friendly and easygoing family dogs, always up for an adventure. Just be ready to hear their opinions on everything. 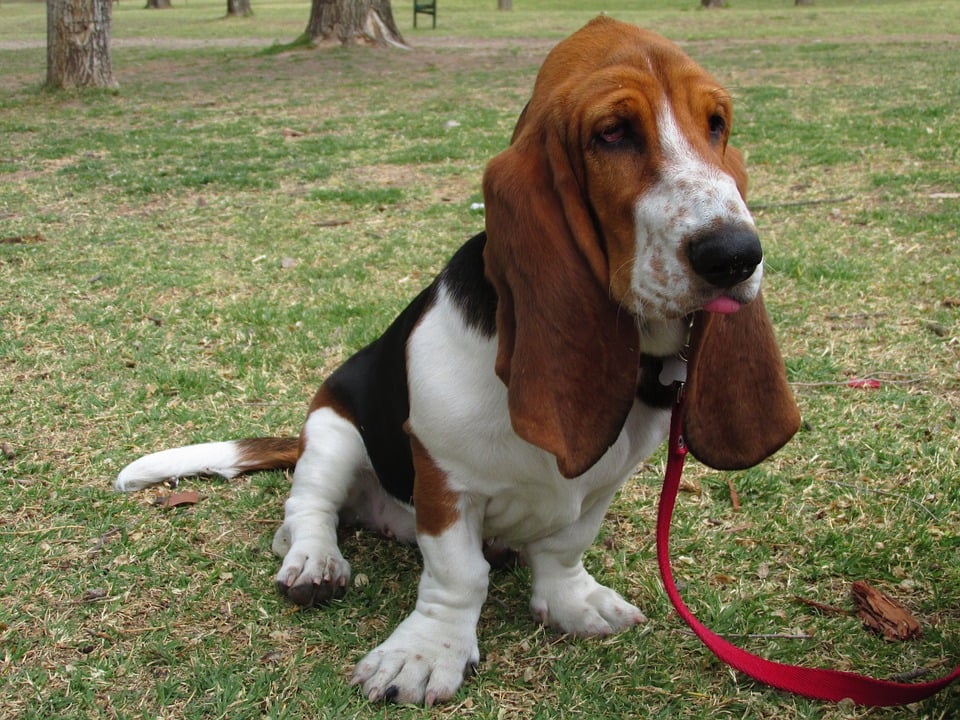 Ah, the Great-Grandfather of floppy ears, the basset hound!

These long-and-low hunting machines boast the second-best sense of smell (after the bloodhound), and they’re built to track and find prey.

They’re sturdy, and their large paws help them root out burrowing animals. But they’re also seriously laid-back, loving, and hilarious to watch when they’re feeling goofy. And there’s nothing quite like watching those ears fly when they give themselves a good shake. 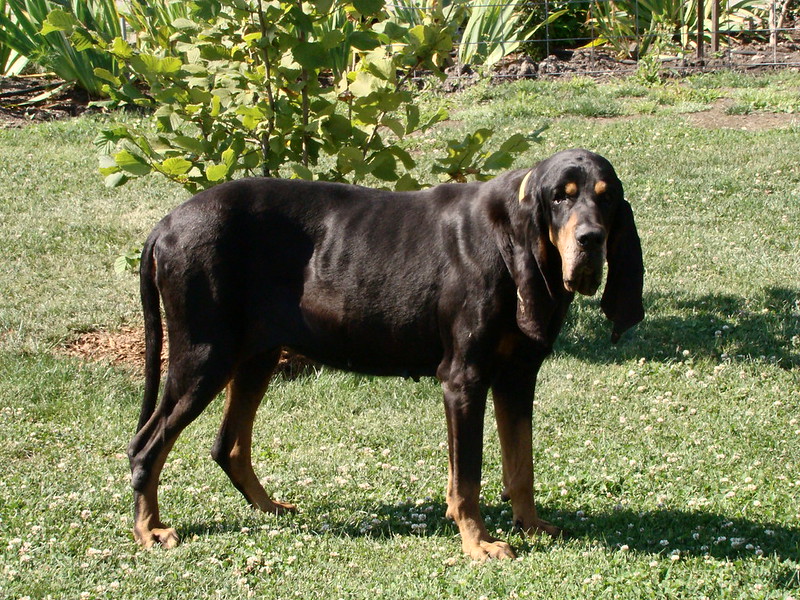 Originally bred in the US in the 1900s, these hardworking, long-eared hunting companions are highly skilled at tracking raccoons and possums.

While they can be enthusiastic on the trail of, say, a passing squirrel, they’re also happy to cuddle on the couch with their family. Don’t let them get lonely, though, or they’ll let the entire neighborhood know via a mournful, baying howl.

Coonhounds are super friendly, so forget about using them as a security system—one belly rub, and you have a friend for life. 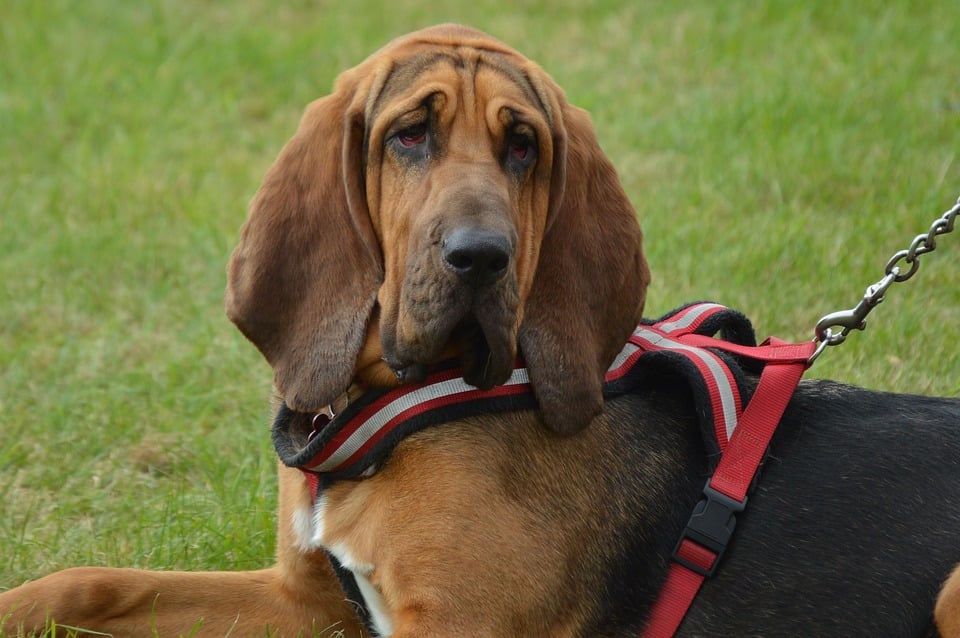 These droopy, wrinkled, sad-looking sweetie pies can sing the blues like nobody’s business. They also possess the most powerful nose in the dog world.

The often forgotten popular police dog, trained bloodhounds can track a scent for up to 130 miles and can follow a trail that’s 300 hours old. Used often in search and rescue, bloodhounds are considered so accurate, their tracking results can be used in a court of law.

Their long, floppy ears are a benefit to their sensitive noses and add to their charming, soulful appeal. Who doesn’t want to give a bloodhound a good ear rub? 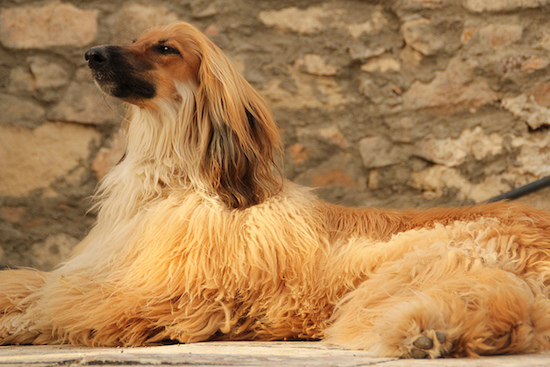 This glamorous breed is known as the ‘King of Dogs.’ And it’s not hard to see why. From their long flowing ears to their soft luxurious fur, these dogs are made for photos.

You can also see it in their regal posture—could any dog look more diva on a high-end sofa?!

Unlike other hounds with ample ears, the Afghan hunts primarily by sight, and performs well on racing courses. They’re highly intelligent but possess a more independent nature, making them more challenging to train.

And they demand plenty of attention on the grooming front as well. The Afghan hound demands nothing but the utmost admiration. 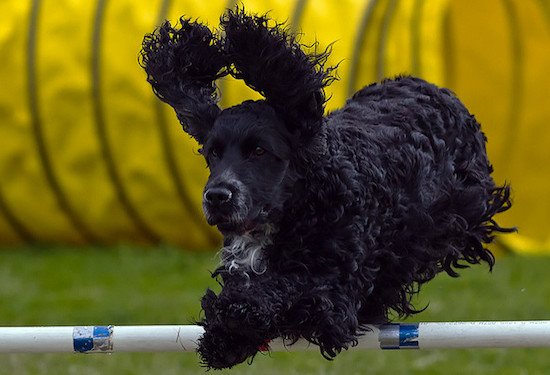 English Cocker Spaniel owners can’t say enough about this breed. This smaller breed is extremely intelligent, agile, playful, and adorable. Their smaller size and boundless energy make them naturals at agility courses, and their eagerness to please their people makes them easy to train.

Don’t be fooled by those sweet eyes and gentle disposition though. These dogs were bred to flush birds from bushes as a hunting aid and can have high prey drives. It’s recommended they be kept on a leash and in a fenced yard to prevent them from running off to disturb local wildlife.

That said, these floppy-eared cuties are great with children and exceptionally loyal to their humans. 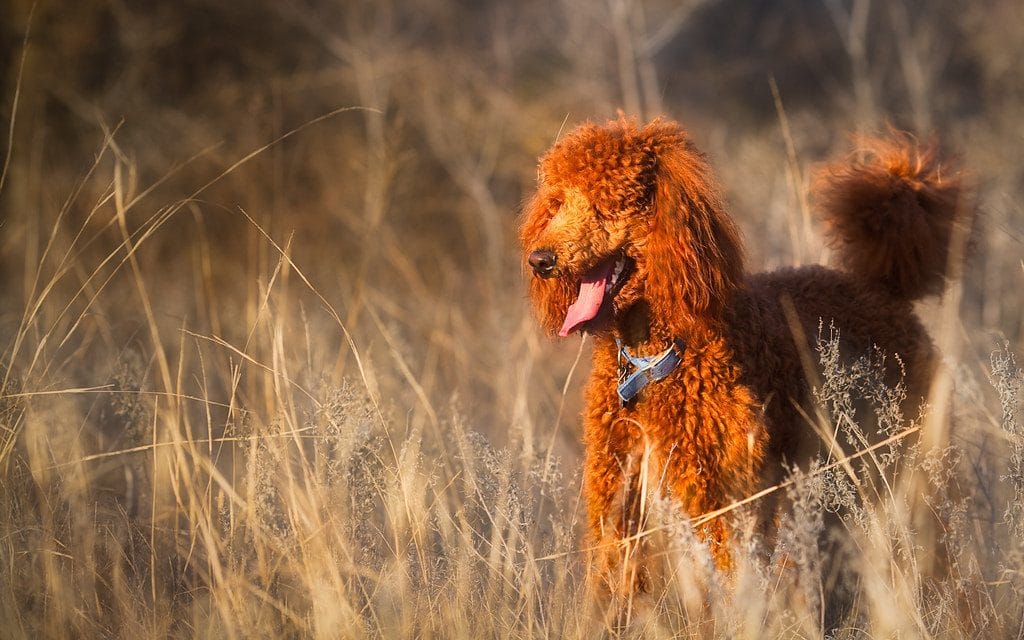 Smart, regal, and surprisingly athletic, poodles were originally bred as hunting dogs. (Are you seeing a trend here?) Their springy, curly fur is low shed and serves as an insulating layer in cold or wet climates.

Of course, poodles require quite a bit of grooming, whether you keep them in the stereotypical “lion cut” or prefer brushing their curls at home.

Easy to train due to their intelligence and eagerness to please, poodles also excel at sports such as nosework and agility. They are also excellent water retrievers, giving labs and goldens a run for their money.

And those ears! Shorter than an Afghan’s, but no less floppy, poodle ears add to this breed’s show-stopping appeal. 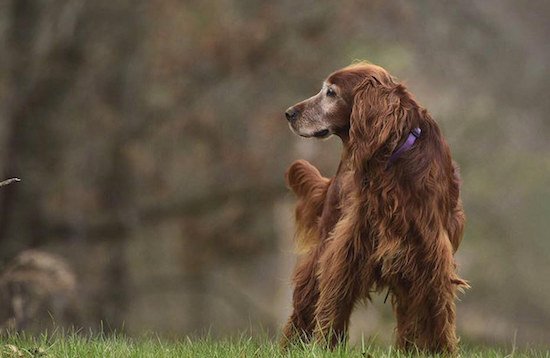 The final breed in our list of dogs with floppy ears, setters are natives of the UK and Ireland, with different breeds covering wildly different geographic terrains. From the familiar Irish setter to the “black avenger of the Highlands” Gordon setter, these high-intensity pointers are great for owners with easy access to the wilderness.

Setters love to keep watch over their environment, looking out for interlopers, and they love taking that same approach on patrol. That same desire to guard their space can cause them to want to roam, so it’s recommended these lovely sporting dogs be kept on a leash or in a secure fenced yard.

Setters thrive when bounding through the woods and fields, up and down hillsides. They’ll explore tirelessly, making them great hiking and camping companions.

Their gorgeous coats and those dignified, yet floppy, ears make them a sight to behold, and their merry natures mean they make great family pets.

Getting a Dog With Floppy Ears

If you want to bring one of these lovable dogs with floppy ears into your family, there are resources out there to help.

Contrary to popular belief, you can adopt a purebred dog! There are many breed clubs and rescues that handle finding homes for purebred dogs. The AKC has an extensive list of breed rescues to take a look at, and contacting your local rescue or club is the best place to start.

While puppies are in high demand, there are often young adult dogs out there looking for a home and don’t discount the charm and ease of an older dog.

You may also find a dog with adorable floppy ears and other breed traits you’re looking for that isn’t purebred. The possibilities are endless.

If you’re interested in going through a breeder, there are plenty out there happy to help you get the floppy-eared dog of your dreams. It’s best to take a few precautions, however.

Make sure the breeder you’re working with is reputable, with a history of breeding healthy dogs. You may also want to meet the parents of your potential puppy, and know more about their medical history.

You may also want to link up with your local breed club to learn more about local breeders and meet some dogs from those breeders. They could have suggestions on breed-specific things to watch out for as well.

Breed enthusiast message boards and social media groups can also help you find potential breeders to consider, and the AKC has a selection of breeders that they have vetted using their certification program.

What to Watch Out For

Unfortunately, there are scams out there, and it’s wise to be aware of them before you begin your search.

Beware of Craigslist and Facebook puppy scams, and use a large dose of common sense when searching the internet for your new addition to the family.

If a puppy seems too good to be true, it likely is.

Another danger is that of puppy mills. These are breeders that are focused on breedings as many puppies as they can in as little time as possible. This usually is done at the detriment of the parent dog and puppy’s health, and often involves animal cruelty. Take a look at our guide on identifying and avoiding puppy mills.

However you add your new addition, Rover is here to help make pet parenthood easier. Take a look at doggy daycares, in-home dog boarding and local dog walkers in your area.