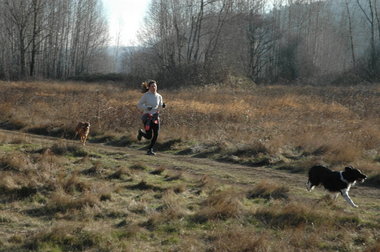 Portland, Oregon has more dog parks within stick-throwing distance than most cities could ever hope for. But which Portland-area parks are most worthy of your Frisbee-throwing, fetch-playing time? And, perhaps most importantly, which are the best parks for letting your pup frolic free of that leash and harness?

As fellow PNW-ers (Rover HQ is based in Seattle!), we like to think we know a thing or two about dog parks in the area. And here’s one thing you should know: the very best require a bit of a drive, but it’s more than worth it. Here are our favorites.

The Best Dog Parks in Portland, OR

Chimney Park in North Portland is a completely fenced dog park with plenty of room for running and games of fetch. There is a water pump for bowl refills that is turned off in winter. The park is nicely maintained, large, and offers a large walking loop. Lots of shade trees make this a favorite dog park for the summer months and for rain cover.

If you want to take a longer walk, head over the train bridge into Pier Park, a large forest park with a large web of trails.

For more information, visit the City of Portland Parks and Recreation site.

One of the largest off-leash dog parks in the Portland area, just over the river into Washington, Ross Park offers nearly 8 acres separated into two sections. The southern section is the largest and is connected by a short trail to the northern, smaller area near 15th Ave. (Both offer a small parking area and entrances to the park.)  It’s the flagship dog park of DOGPAW, an awesome Vancouver-area nonprofit, and is run in conjunction with the Vancouver Parks and Recreation. 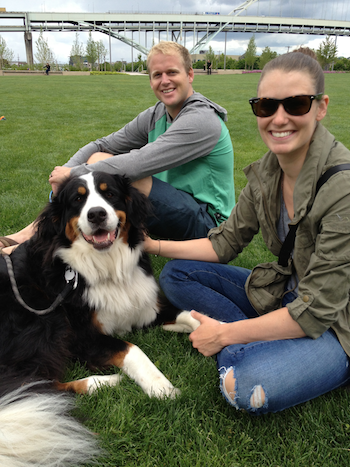 To the East of Portland, this double-gated park has a water station for hot days and usually has poop bags in case you forget yours at home. Lots of benches and an area dedicated to small and timid dogs earn points from us.

The park is named after a K9 from the Hillsboro Police who lost his life in the line of duty; Hondo has been memorialized by a fire hydrant painted with an American flag. The park is on the smaller size, but it’s completely fenced. For more information, visit the City of Hillsboro site.

Another park technically across the state border, Lucky Memorial Dog Park is double-gated and entirely fenced, with a nice and flat off-leash area. Let your dog roam free! A bonus for you owners of introverted dogs: there’s a section of this 7.5-acre park specifically designated for small or shy pups. The park is maintained by the non-profit DOGPAWS of Clark County. 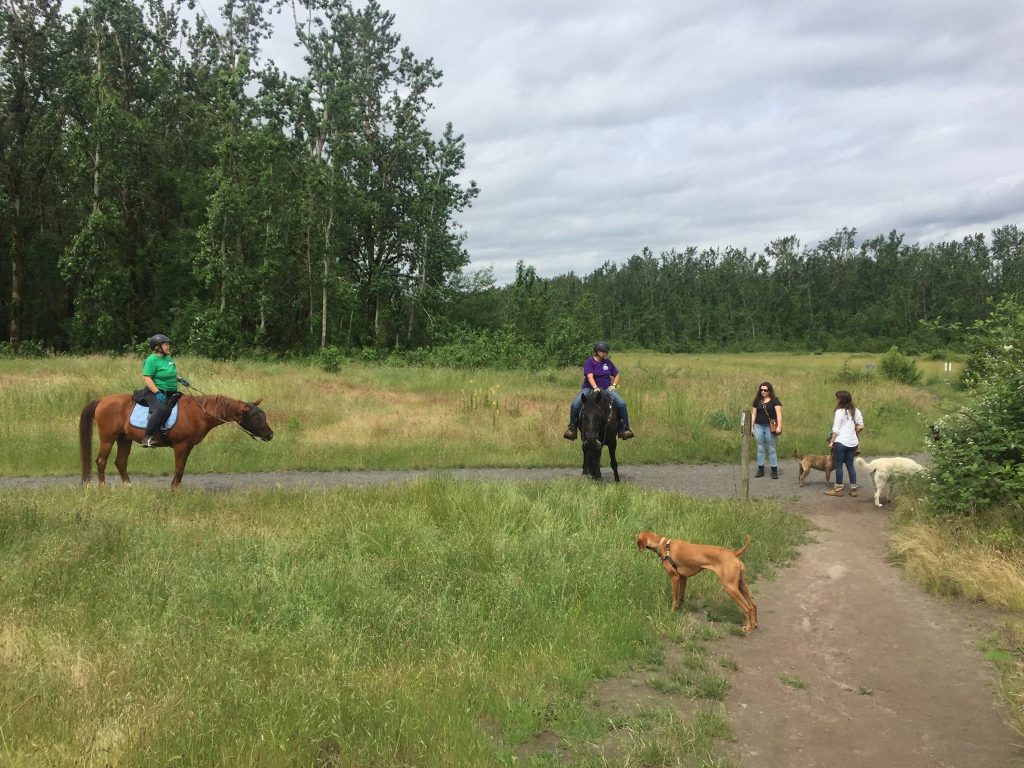 Via Friends of Sandy River

OK, OK, so it’s pretty far up the Columbia River, but don’t let the distance of the drive discount this super-sized, super-fun park. Described as “Disneyland for Dogs,” Sandy River Delta is nestled between the Columbia and Sandy Rivers and promises hours of fun for even the most active border collies.

While it’s not 100% off-leash, many of the trails are designated as off-leash areas. The area also isn’t fenced, so it’s best if your dog answers to voice commands. Keep an eye out for mountain bikers and horses, however, if your dog spooks at either.

And definitely pack your own water. Many of the trails end at the rivers—possible spots for swimming—but your pup will no doubt get thirsty first. For more information, visit the Forest Service website.

Photo courtesy of the Portland Department of Parks & Recreation.