Good morning and welcome to traffic in Seattle without the viaduct! Looking on the brightside, at least your boring morning commutes have been replaced with a hectic and adventurous journey.. right?!

Today we are continuing our popular dog series with a look at the bulldog. This dog breed is ranked as the third most popular dog breed in Seattle (tied with the German Shepard). Out of all of the dog breeds so far, most Seattle dog boarding personnel will agree that the bulldog has an interesting history that matches its unique body build and look.

Although the exact history of the bulldog is tentative at best, most people agree that the breed emerged sometime around the 16th century. The dogs were used for entertainment as opposed to service, acting as “bait bulls” for sport. Although considered cruel and unethical by modern standards, the baiting of the bull was a popular sport at the time. The event would involve staking a bull (bears were used as well in “baiting of the bear”) to the ground with a 30 foot robe or chain, and purposely aggravating it through a variety of means that we will skip over here. The dogs were then released into the bullpen one at a time to “pin” the bull by grabbing its nose and holding on for dear life as the bull flailed about. This original purpose for the bulldog breed helps to explain some of the prominent features of the breed today. The broad, muscular body shape was a powerful but compacted figure that could sneak up on a flailing bull and control it. The quintessential under bite and deeply set nose of the bulldog that most dog boarders and owners associate with its physique as instrumental in allowing the dog to grip the bull’s nose tightly while maintaining an unobstructed breathing pathway. This “sport” was a popular sport in England until the government thankfully outlawed the practice in 1835 with the Cruelty to Animals Act.

Have any other interesting bulldog facts for history? We want to hear from dog sitters and dog owners in the comments below! Make sure to keep a lookout for Part II where we will review the bulldog in modern times. 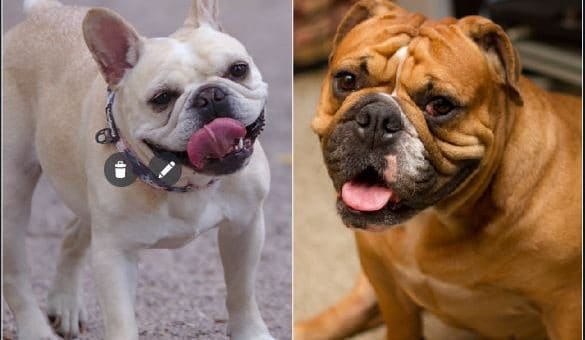