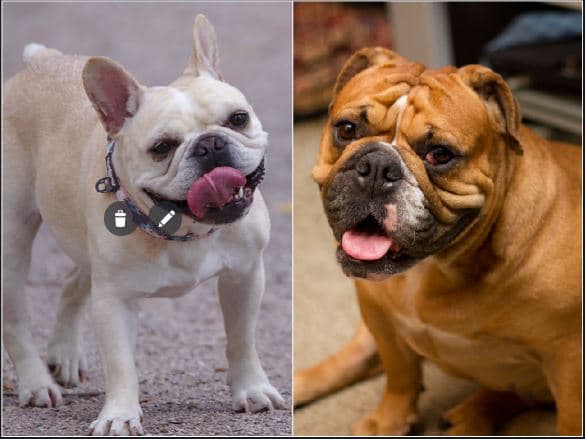 They may have similar names, but the English bulldog and the French bulldog are very different dogs, each with their own unique quirks and characteristics. They’re both lovable, distinct-looking dogs, and they both have giant fan clubs—but they might not both be the perfect match for you.

If you’re thinking about getting a bulldog, it’s time to dive deep into the differences between these breeds. Are you a better match with an English bulldog, or a French bulldog? Let’s find out. 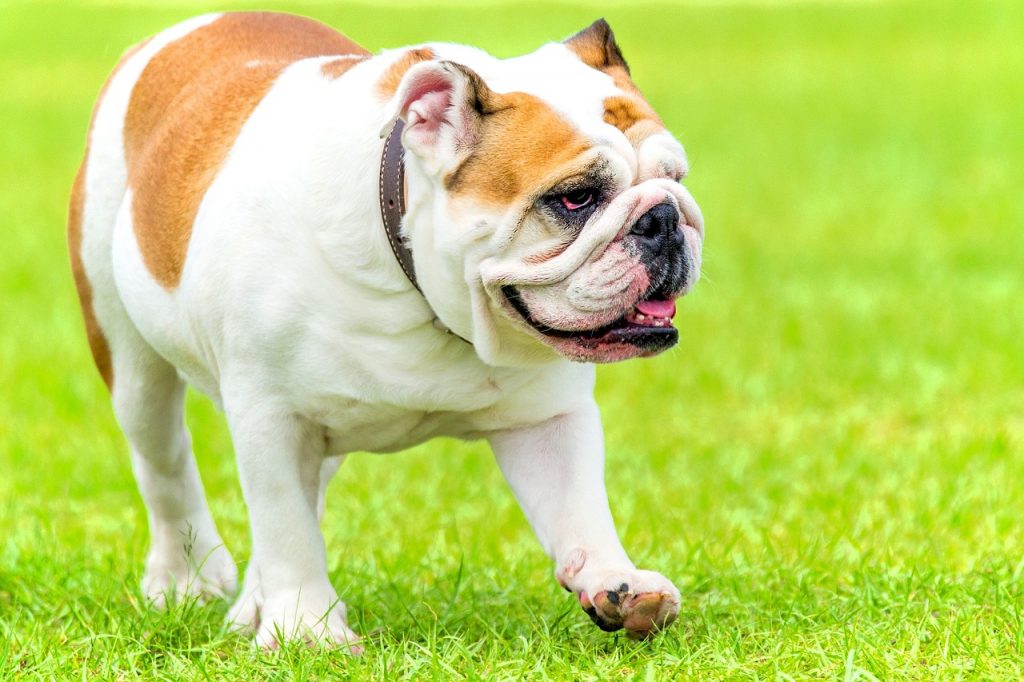 The English bulldog didn’t have the best of beginnings. It’s believed the bulldog was created in England in the 13 century for the blood sport of bullfighting. Once that (finally) fell out of favor in the 1800s, the English bulldog made the transformation from a fighter to a lover.

Breeders worked to make bulldogs less aggressive and sweeter, and by 1866 they were recognized by the American Kennel Club. 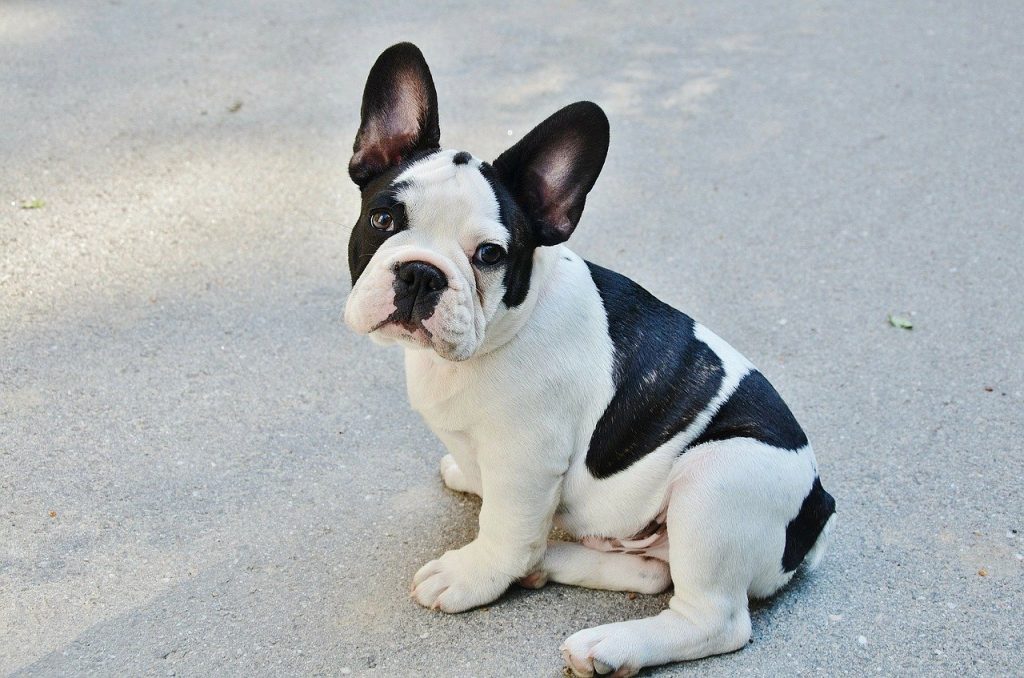 The French bulldog also got their start in England, this time in the 1800s. Lace makers loved the toy-sized bulldogs and took them along when they moved to northern France during the Industrial Revolution.

The breed became popular in the French countryside and eventually made its way to Paris. There, they quickly became fixtures in Parisian streets and cafes. This is when French bulldogs became true city dogs, something they’re still famous for today.

The most noticeable difference between French bulldogs and English bulldogs is their size. English bulldogs are short but stout. The American Kennel Association says they only stand 14-15 inches tall, yet they can weigh as much as 50 pounds. 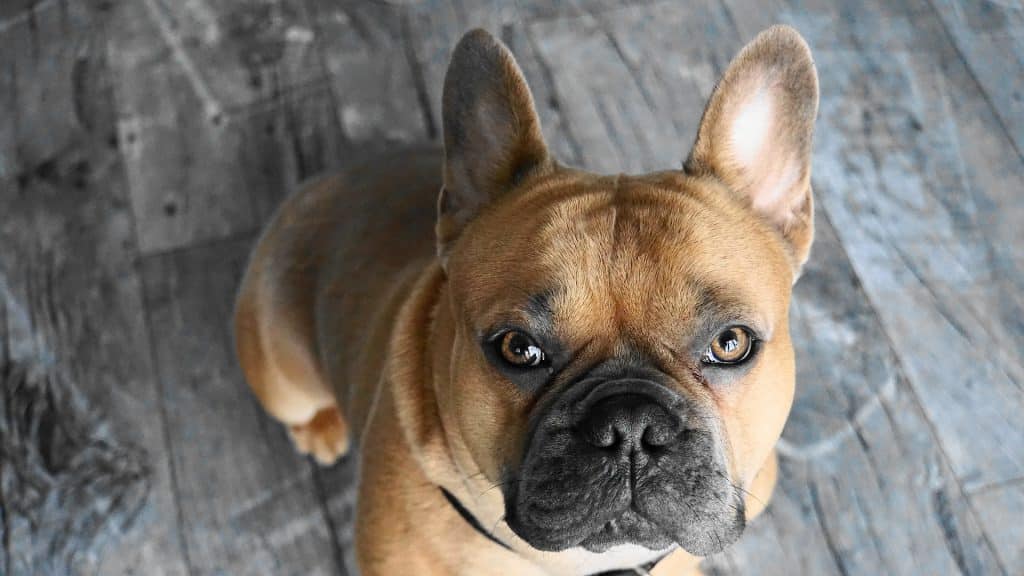 French bulldogs, or “Frenchies,” as they’re often called, are only a few inches shorter at 11-13 inches tall. However, they weigh half as much—usually under 28 pounds once full grown.

Despite their major size difference, the two breeds look a lot alike. They both have short noses, square heads, small legs, and wrinkly skin that sets them apart from most other breeds—though English bulldogs tend to be heavier on the wrinkles. Both breeds also have short coats that are smooth and glossy, and their colors can include white, cream, fawn, red, or any combination of those. While they may display patterns that include black, neither breed will ever be solid black. 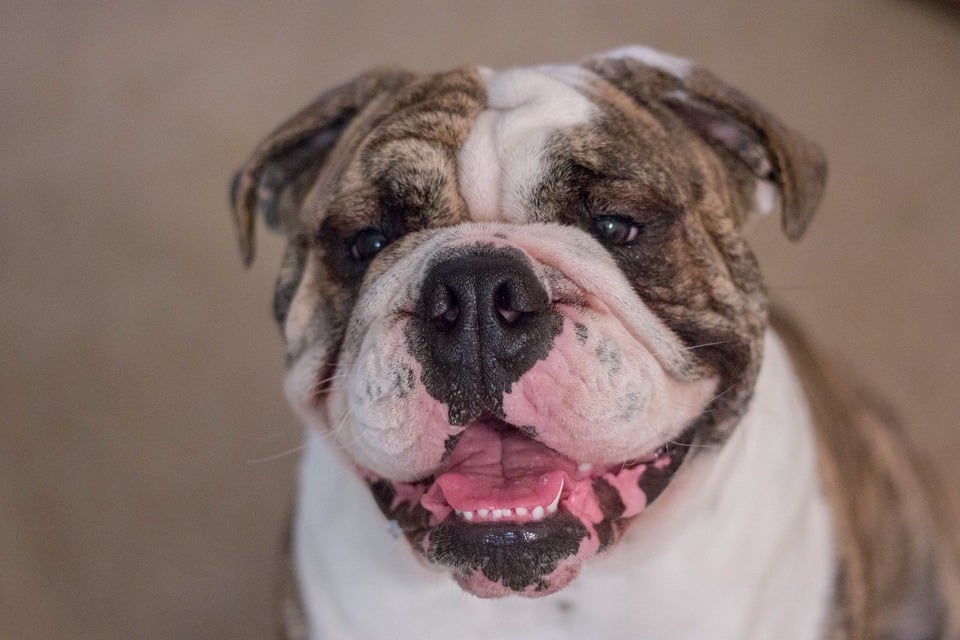 The English bulldog, however, has trademark chops that hang from both sides of their mouths, a trait that leaves no doubt when you’re looking at a bulldog.

The Frenchie also has a trait that’s all their own—their ears. While the English bulldog has rose-shaped ears, the French bulldog has large bat ears that tend to stand straight up.

Both the English bulldog and the French bulldog are fairly low-maintenance dogs. If you’re looking for a dog that’s mostly hands-off though, the Frenchie may be a safer bet.

The Frenchie is a low shedding dog and should be brushed once a week just to keep his coat shiny and looking good. The English bulldog, however, does tend to shed a little more. To keep the shedding in check, you’ll want to brush him at least two or three times each week.

Those adorable wrinkles that draw you to both breeds also bring a bit of work. You must make sure the skin between their folds is clean and dry, and that’s a bigger job with the English bulldog who is a bit more wrinkly.

Even though both the English bulldog and the French bulldog qualify as so-called “bully breeds,” they don’t exactly live up to the misconceptions that come with the title. Both breeds are friendly and love to play.

Still, both dogs have issues that potential owners should be aware of.

The English bulldog, while generally loyal and happy, also possess a stubborn streak that can make them difficult to deal with if not well-trained. Thankfully, this breed is also highly trainable. According to Pet Guide, bulldogs pick up on what you want them to do in a short amount of time, meaning you need very few repeat training sessions.

French bulldogs, while even more playful and happy-go-lucky than their English counterparts, may not be the best pets to bring into a home with small children. They tend to play rough and can be aggressive—something that can be dangerous when little people are around.

English bulldogs are likely to befriend the entire family and become one of the pack, but Frenchies are a little more particular. If they’re not exposed to many people and animals from a very young age, there’s a good chance they’ll attach themselves to only one person. In other words, if you’re looking for a clingy sidekick, a French bulldog may be your dog. If not, it’s important to socialize them early. 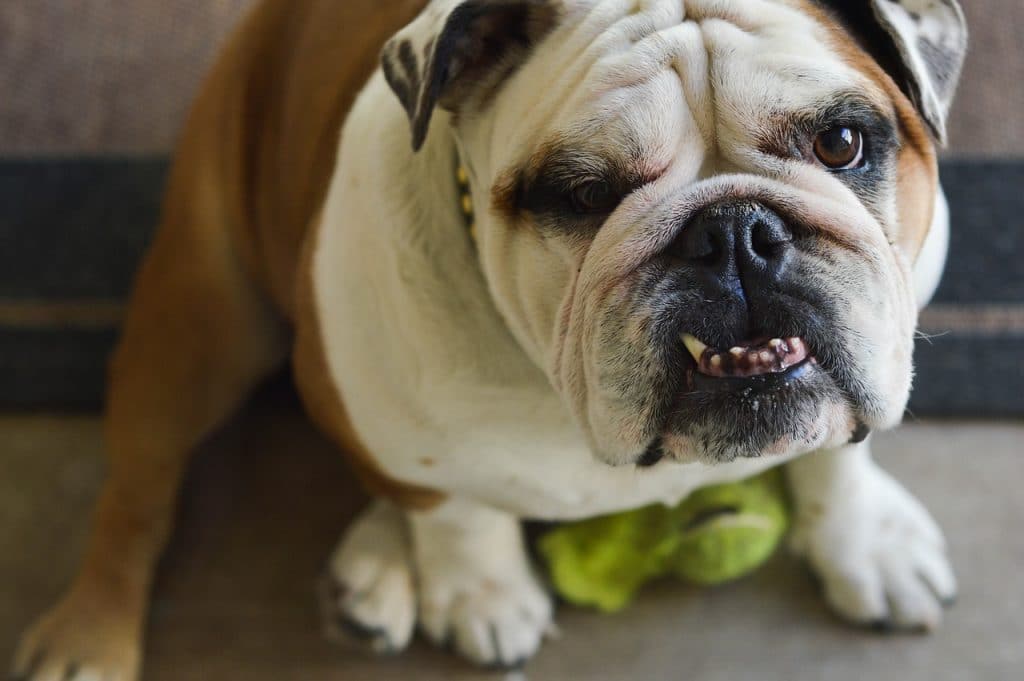 Both the bulldog and the Frenchie are predisposed to weight gain. With the English bulldog, carrying too much weight can make getting around on those little legs even more difficult and put more strain on their joints.

And for the Frenchie, too much weight can put pressure on their lungs, making it hard to breathe. For these reasons, both dogs need to adhere to a careful diet to avoid overeating and should get some exercise each day.

Both breeds are also highly susceptible to overheating, which means they like to spend their summers in the AC. If it’s very warm outside, it’s best if they can get their exercise indoors.

The most common health issue for English bulldogs is hip and joint problems—not surprising when you look at his upper body weight to lower body weight ratio.

In French bulldogs, owners should keep an eye out for eye issues like cherry eye and cataracts. 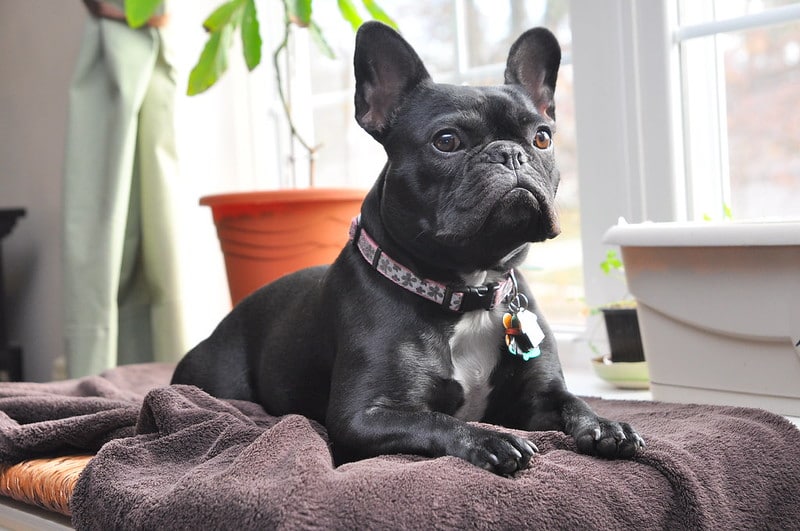 If you’re thinking about adding a French bulldog or an English bulldog to your household—or any dog for that matter—it’s important to give it some thought.

It’s hard to imagine you could go wrong with either of these lovable dogs. They both make great companions, but like any breed of dogs, they each come with their own challenges.

The Frenchie loves a good cuddle but has a lot more energy and spunk that his English cousin. The bulldog is a lot more chill but takes up a lot more space. The bigger English bulldog also isn’t sized for your lap—though that might not stop him from trying to be a lap dog.

Both of these breeds can put a huge damper on your wallet. AKC-registered breeders list both English bulldogs and French bulldogs for between $2,000 and $4,000.

Of course, there are also AKC-approved rescue organizations for both Frenchies and bulldogs. Through these groups, you may be able to match yourself with a puppy or adult dog of your chosen breed—sometimes at a lower cost.

Purebred dogs aren’t for everyone. If the Frenchie or English bulldog (or their associated costs) aren’t a match for you, remember that there is always an abundance of shelter dogs waiting patiently for their forever families. 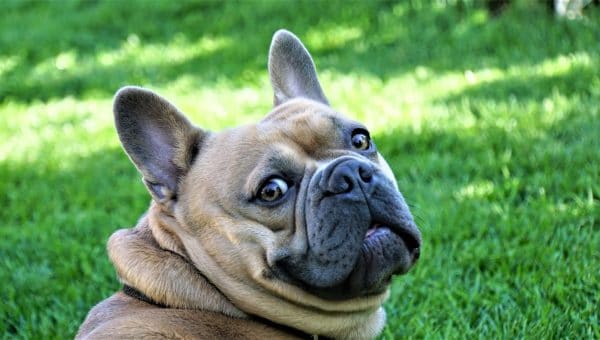 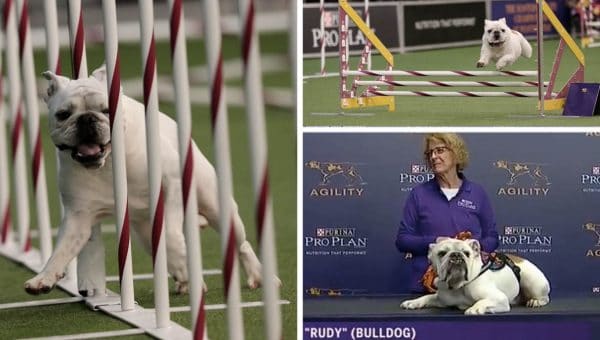