So, do cats like belly rubs? Yes, maybe—or not at all. According to cat behaviorist specialist Dr. Rachel Geller, many cats don’t like belly rubs because their tummies have a heightened sensitivity to touch, an evolutionary mechanism that helps to protect those vital organs just under their swaying belly flap.

“I have one cat who constantly asks for belly rubs and purrs loudly—with some drooling,” she shares. “And another cat who turns into Cujo if I go anywhere near her belly.”

Cats are surprisingly good at communicating, Geller adds. They’ll tell you if they want their bellies rubbed, but it’s up to us to learn their language. 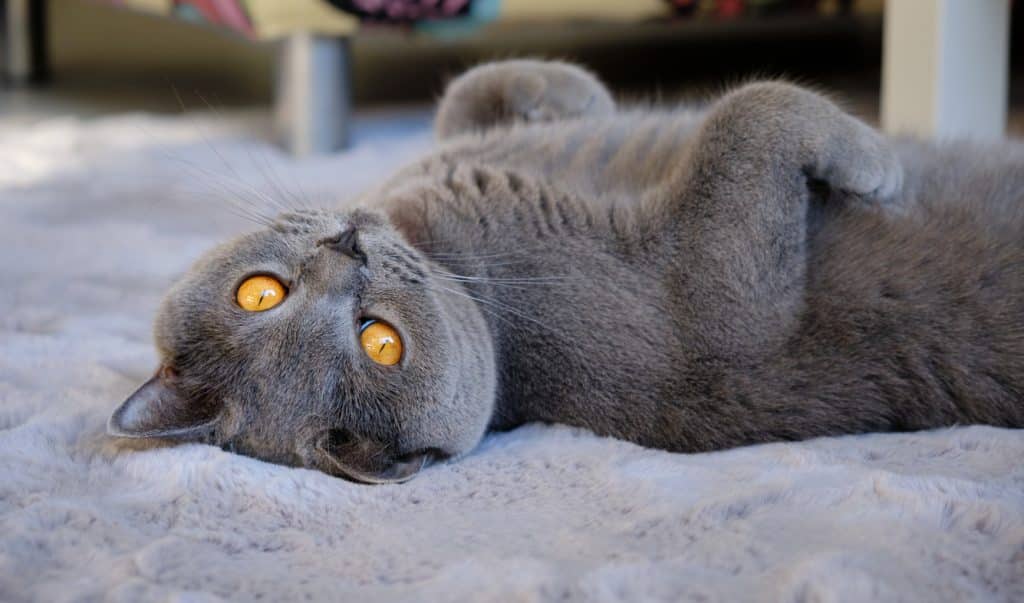 Does My Cat Want Belly Rubs?

Here’s a familiar scene: a kitty rolls over and presents a tummy that appears to be begging for a pet. You go in for a gentle rustle and that’s when it happens—a sharp bite, claws attaching to your hand, and perhaps, even a bunny kick.

“Pay attention to your particular cat’s body language so you don’t get stuck in the cat version of a Venus Fly Trap,” Geller says. “Just like people, each cat has their own unique preferences, communication style, and response to stimulation”—no matter their breed, age, or gender.

Let’s take a look at some of those body language signals a cat might display in favor of a belly rub, adjacent to the corresponding signal they’re not comfortable with being petted.

If a cat rolls over and shows their belly, it’s not always an invitation for a belly rub. “They might just be stretching or communicating to you that they love and trust you by using body language. Or, they just might be scratching an itch,” Geller says. And quite the opposite of wanting a belly rub, Geller explains that exposing the belly with all four paws up could be a defensive stance.

“On their back, a cat has quick and easy access to four sets of claws and all their teeth. For a cat, exposing their belly can mean that they are prepared for battle,” she says. But don’t be offended, it’s just a cat’s nature and might not be personal.

What’s So Special About A Cat’s Belly?

Most cats love being pet on the top of the head, sides of the face, neck, and under the chin. Questionable areas, as Geller calls them, include the belly, paws, legs, and tail.

“Cats don’t like to be touched in particular places for two main reasons: sensitivity and an instinctual need to protect themselves,” Geller explains. When it comes to the belly, the hair follicles are hypersensitive to touch. Petting a cat’s stomach “can be overstimulating to the point of being painful.”

Plus, the belly has a layer of fat, muscle, and tissue called the primordial pouch with one important job—protecting a cat’s most vital organs. As predator and prey, it’s in their DNA to avoid touch to the tummy. 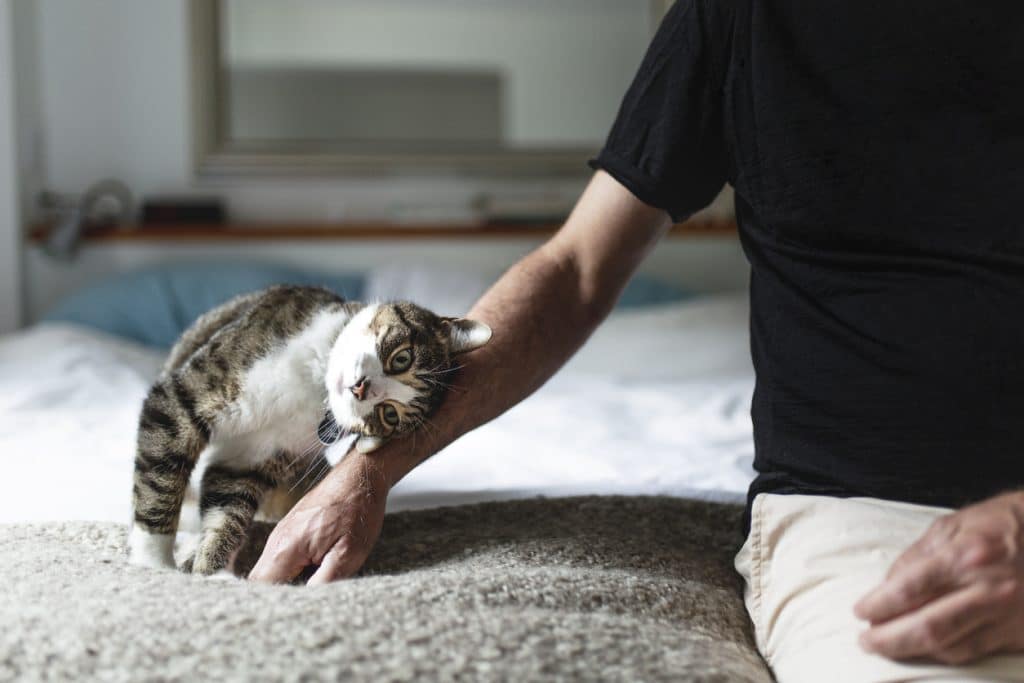 Why Do Some Cats Like Belly Rubs and Some Don’t?

Like Geller, I have an outlier kitty that begs for belly rubs. While it’s not rare for cats to enjoy getting their bellies rubbed, a belly rub isn’t for every cat. So, what’s the deal—why do some cats enjoy belly rubs and others don’t?

“Most of this comes down to individual preferences and varying levels of sensitivity,” Geller says. She also notes that some cats might differ in petting preferences due to their history of socialization, fear, or pain, even if they are one of the most affectionate breeds of cat.

And other cats “don’t differentiate the belly from any other area that they enjoy being petted,”—it just feels good.

Should You Rub A Pregnant Cat’s Belly?

If your expecting mama loved belly rubs previously, she likely won’t mind one now. To be sure her preferences haven’t changed, “be slow and considerate with your approach,” Geller says. “Some pregnant cats become super aware of their vulnerability during pregnancy, so keep that in mind.”

In addition to a growing belly, some pregnant cats become more affectionate. You’ll probably also notice the “pinking” of her nipples, an increase in appetite, and eventually nesting behaviors. Sticking to your normal routine including gentle play and petting will keep your little mama comfortable up to her big day. 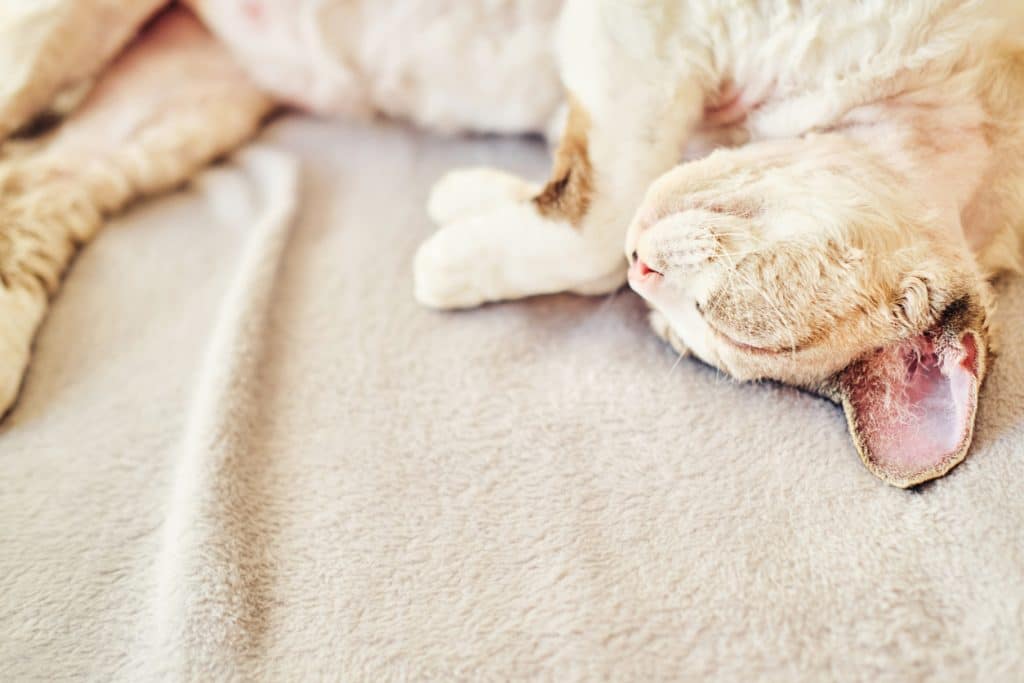 Can I Teach My Cat To Like Belly Rubs?

It’s not so much teaching a cat to like belly rubs but working up to a cat-human relationship that includes enjoying belly rubs. To work up to bonding over the belly, Geller recommends using free-fear techniques. Of course, if your cat shows any signs of overstimulation or pain, belly rubs might not be for them—and an examination by your veterinarian may be due.

“With fear-free handling of a cat, you always want to use a considerate approach,” Geller explains. “This means interacting with a cat in a way that the cat perceives as non-threatening.”

Geller recommends using a soft glaze with your cat, looking over one of their ears rather than making direct eye contact. Squint slowly or softly blink at them. And it’s always best to let a cat approach you, signaling they want petted by pushing their head into your hand. But if approaching a cat, Geller says, “approach sideways and move slowly and calmly. Some cats get scared when approached directly in a fast motion.”

Fear-free techniques are all about seeing things from a cat’s perspective. “Think of how you would react if you were touched by someone you don’t know in a location where you are feeling scared or nervous,” Geller says. “If you follow your cat’s lead, you may be able to get a cat who previously was not so sure about a belly rub to accept or even enjoy the experience.”

The more we learn how to read a cat’s body language and interact with them in the ways they enjoy, the more we can share special moments together. If your cat lets you rub their belly, it means they trust you enough to let you touch one of their most vulnerable areas. Your cat might also have a higher threshold for stimulation. If you’re hoping to tussle a tummy or look for your cat’s belly button (yes, cats do have belly buttons!), building a relationship that includes belly rubs might take some work—or your cat might signal that their sensitive belly is off-limits. And that’s okay, too. 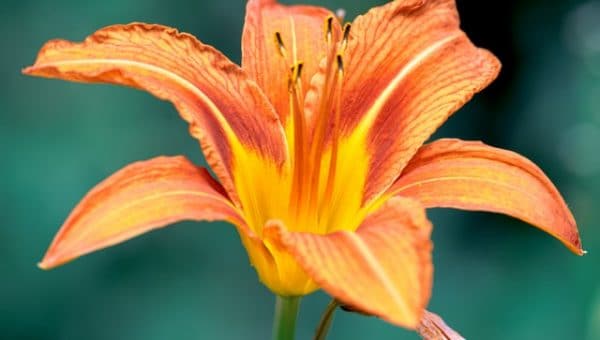 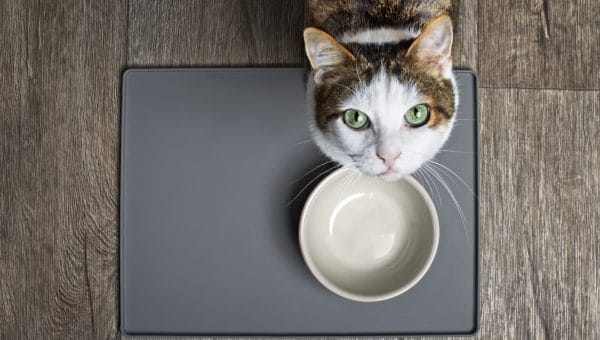 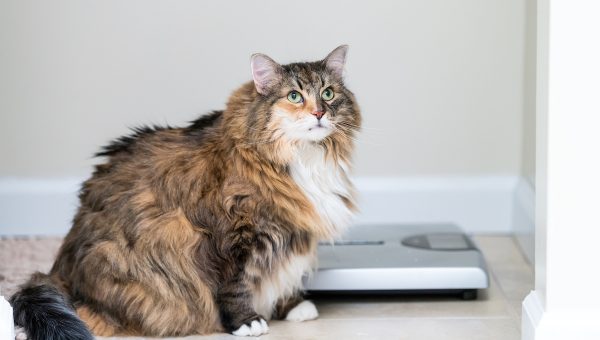