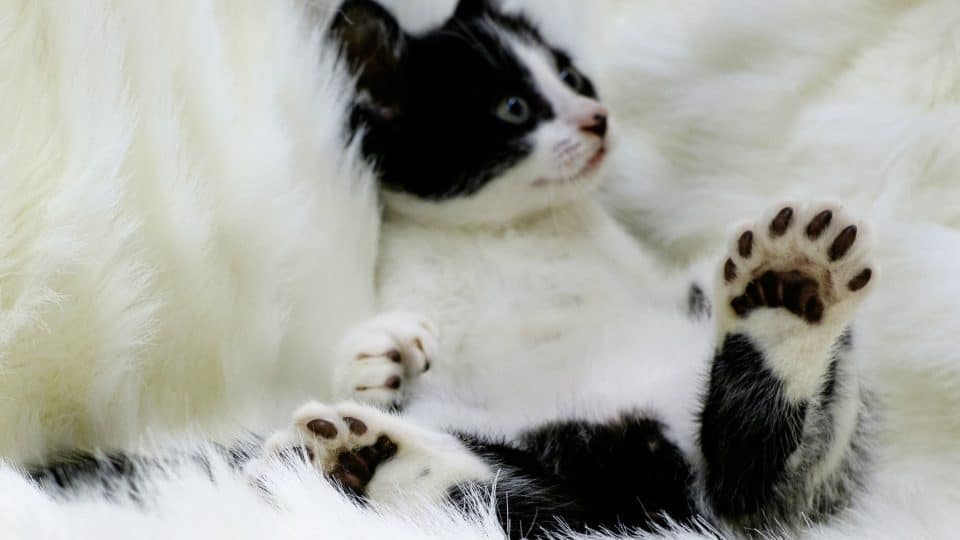 The great American novelist Ernest Hemingway had a surly reputation for hard-drinking, big game trophy hunting, and hairy-chested machismo. He also had a major soft spot for cats.

Hemingway was enchanted by a cat he called Snow White, a six-toed Maine Coon given to him by his drinking buddy, a sea captain named Stanley Dexter. Snow White became the mother and grandmother of many kittens that have lived at the Hemingway Home in Key West, Florida.

Fun fact: All the cats are named after famous people, and many of them also have extra toes.

Extra-toed kitties are formally known as polydactyls, from the Greek word for “many fingers.” Some polydactyl cats have “thumbs,” two extra toes on their front paws, while others have many extra toes—as many as 10 extra! Sometimes polydactyl cats also have elongated toes, giving them very distinctive paw prints. These many-toed cats are sometimes called mitten paws, boxing cats, snowshoe cats, or thumb cats.

The history of polydactyl cats

I asked Patrick Mahaney, VMD, a veterinarian in Los Angeles for some insights into the magical world of polydactyl cats. He explained that cats with extra toes are fairly common. “Polydactyly could be more common in areas where cats that have the genetic variation are breeding.” This includes particular regions of the country, like New England and Southern Florida.

The abundance of polydactyls in certain areas is not just a matter of chance. The cats’ extra toes were thought to make them better hunters and they were considered lucky, particularly as ship cats. Their popularity as ship mousers led to a line of polydactyl cats moving from England to the Boston area, possibly with the Puritans in the mid-1600s. From there, they moved to port towns up and down the Atlantic Coast.

Among cat breeds, only one is bred to have extra toes, the Pixiebob. The maximum number of toes allowed on each paw is seven. Pixiebobs also have short tails. The breed originated in the 1980s in Washington State, when a breeder crossed a bobtail polydactyl cat with an exceptionally tall bobtail cat. The kittens resembled small bobcats (also named for their bobbed tails, but of no especially close genetic relation). 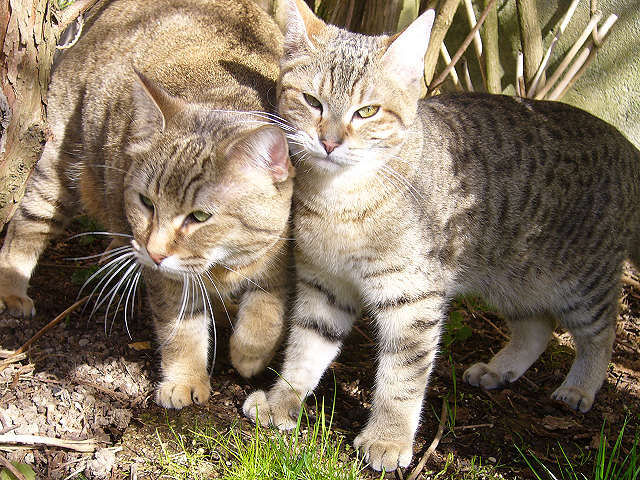 Aside from Pixiebobs, additional toes are not considered a breed standard. “Attempts to breed cats specifically to have additional toes is generally perceived to be an unethical practice,” Dr. Mahaney told me.

How many toes can a cat have?

The typical number of toes on a cat is 18, five toes on the front paws and four toes on the back. “Normal front paw anatomy is for a cat to have four toes that touch the ground and then an additional toe called a dewclaw which does not bear weight,” Dr. Mahaney says. The dewclaw is sort of like a non-functional human thumb, and is located on the upper part of the foot.

“Polydactyl cats can have one or multiple additional toes depending on how the genetics play out,” Dr. Mahaney explains. The world record holder has 28 toes. 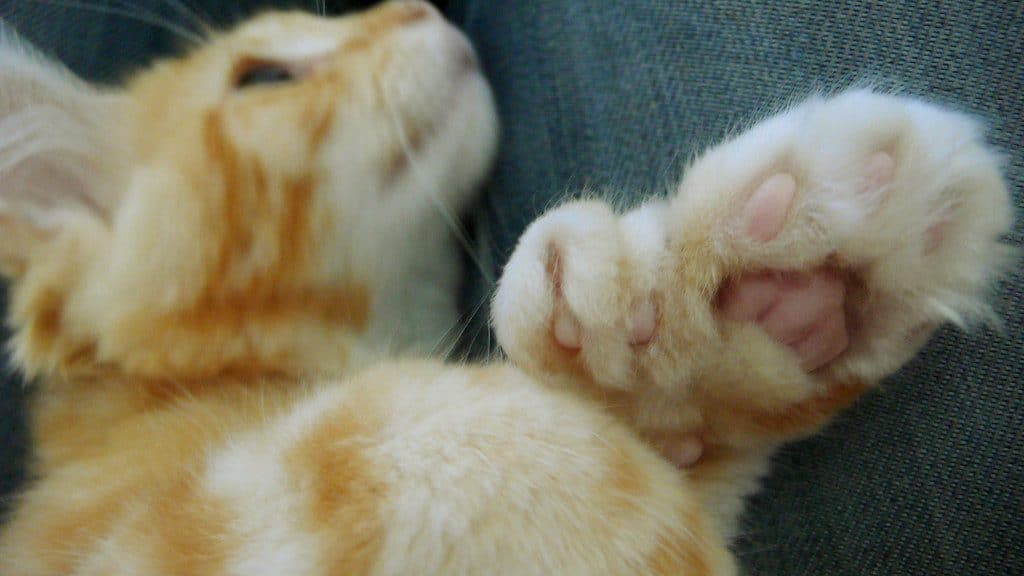 Polydactyly and the Hemingway Mutation

Apparently, the gene is called Sonic Hedgehog because of the way fruit flies look if they have a mutated version of the gene. But it’s not the Sonic Hedgehog gene itself that carries the polydactyly mutation, it’s a regulatory element called ZRS, the control switch for the expression of Sonic Hedgehog.

The best-studied ZRS variant is called The Hemingway Mutation, which causes “thumb cats” similar to the cats at the Hemingway Home. They have one additional extra-long first toe on each front paw. Different types of mutations to ZRS or other control switch regions for Sonic Hedgehog cause different combinations of additional toes. In essence, the Sonic Hedgehog gene says, “Tell me when to stop making toes, ZRS!” And ZRS says, “Keep going!”

Are there any health or behavior benefits from having many toes?

“If the additional toes come in contact with the ground,” says Dr. Mahaney, “there could be increased surface area that could have a traction-enhancing effect for standing, moving, and hunting.” Indeed, polydactyl cats have a reputation for being excellent climbers and mousers.

Then again, my pal Texas grew up with a polydactyl cat named Prince Humperdink in rural Oklahoma. He didn’t fit the stereotype of those extra toes helping with agility and hunting. “We named him after the 6-fingered man in Princess Bride. I’d guess he had about 25 toes,” Texas told me. “He was from a family of barn cats and some of them had extra toes, too. He was clumsy—he would fall off the bed and not land on his feet. Was he clumsy because he had extra toes or because those barn cats were inbred?” The world may never know.

Are there any health issues associated with polydactyl cats?

Polydactyl cats are generally healthy and have an average life span. But those extra toes can grow at unusual angles and cause problems with the cat’s claws and skin on the foot. “Owners must take extra care to keep nails trimmed appropriately short (to prevent ingrown nails) and to monitor the appearance of the skin for inflammation or discharge that could correlate with bacterial or yeast infection,” Dr. Mahaney adds.

The extra-large paws of polydactyl cats get lots of attention for being especially cute. Some vets even claim that polydactyl cats are particularly tame and sociable, possibly the result of coming from a lineage of ship cats that lived in close quarters with people.

Whatever their history, Hemingway seems to have agreed that polydactyls are among the most adorable and delightful feline companions—and we can’t say we blame him.