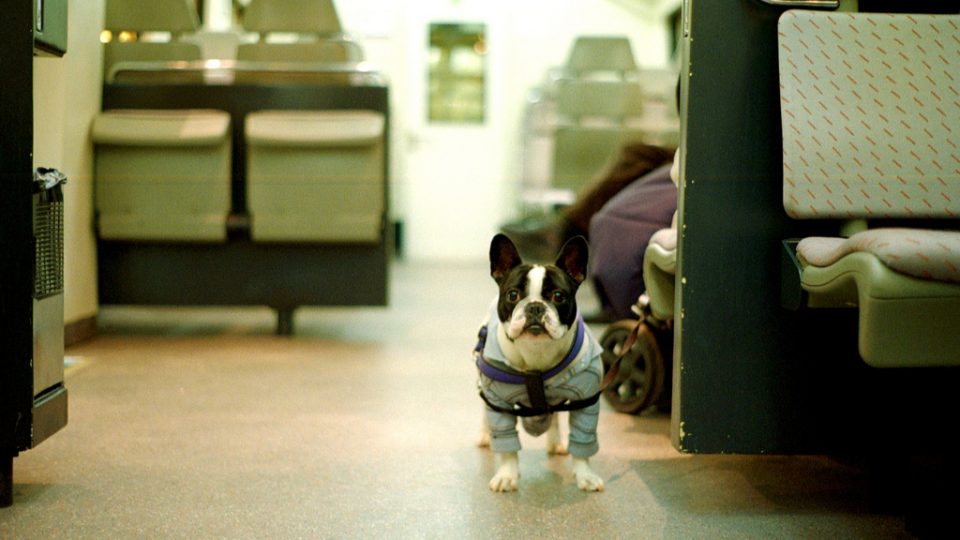 You’re walking your dog, watching the bus sail past you. The light rail whooshes by overhead. Could you take your dog onboard to speed up your trip? It depends. With a little research, you’ll find that dog owners have a few options for taking public transportation with their pets. Here are some basics to point you in the right direction! 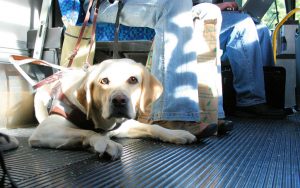 It’s true that many forms of transit are strict and prohibitive when it comes to traveling with pets of any kind. Even a company named Greyhound prohibits animals from coming aboard…except for service dogs.

If you see canine accompaniment on the train, bus, or light rail, don’t automatically assume you can bring your four-legged friend next time. The American Disabilities Act has special provisions for certified service dogs that make them the exception to other rules.

Taking Your Dog on the Train 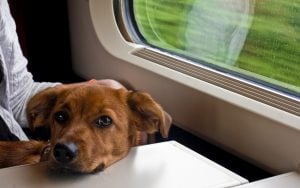 Decades ago, Amtrak allowed dogs to travel as cargo in poorly ventilated cars, and the obvious complications led to a general prohibition. However, they’ve recently started allowing pets to travel on train again. These are the rules:

What about other trains? Local trains have varying policies, so don’t count out more localized travel accommodating your dog to various destinations. For instance, the MARC train (serving Maryland, West Virginia, and Washington D.C.) allows small pets in carriers.

Taking Your Dog on the Subway 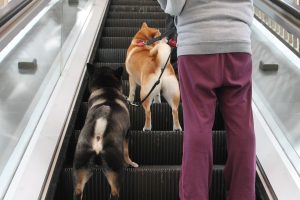 NYC: New York Times explains the rule as “enclosed in a container and carried in a manner which would not annoy other passengers.” This means the carrier is on your lap, or the floor, and not taking up an adjoining seat or foot space. This applies to all NYC public transportation.

SF: San Francisco‘s Bay Area Transit pet policy allows for small dogs in official pet carriers. The city allows dogs on their cable cars, MUNI buses and subways, but on leash and muzzled for safety. You might know your dog is perfectly safe—but others on the public transportation, in a confined space with your four-legged friend, don’t share that peace of mind.

Both cities: Are larger-than-lap dogs allowed on the subway? You may have a carrier for your larger dog, but rules are they can’t be in the station or platform outside of the carrier. 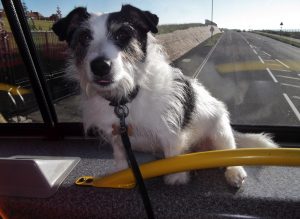 Taking Your Dog on the Bus

While large bus chains like Greyhound may have strict pet regulations, local buses and urban transit may offer understanding pooch policies like greater Seattle’s transit in King County. Your bus system may have more relaxed guidelines like the following:

In some cases the driver has discretionary powers like limiting the number of dogs on the bus at a time, or determining if your canine’s behavior is unruly.

However, sometimes that discretion is in favor of the dog. While your companion shouldn’t expect this treatment, there’s even the story of a Seattle dog who figured out the route and rides by herself!

How to Get Your Dog Ready for Public Transportation

If you’re planning to introduce your dog to forms of public transport, consider these final tips before going for a ruff ride: