When you see this ball of bark and fluff bouncing at the end of a leash, it’s easy to think that Pomeranians inspired the word “pom-pom.” We generally think of Pomeranians as cute little furballs, but there’s more to these fluffy dogs than meets the eye. Read on for Pomeranian facts you need to know.

As the smallest member of the Spitz dog family, the Pomeranian belongs to the same dog family as the towering Alaskan malamute and Akita. Surprised? Take a close look at their features and you’ll notice the pricked ears, wolf-like face, curled tail, and thick, insulated undercoat that are trademarks of a Spitz dog. 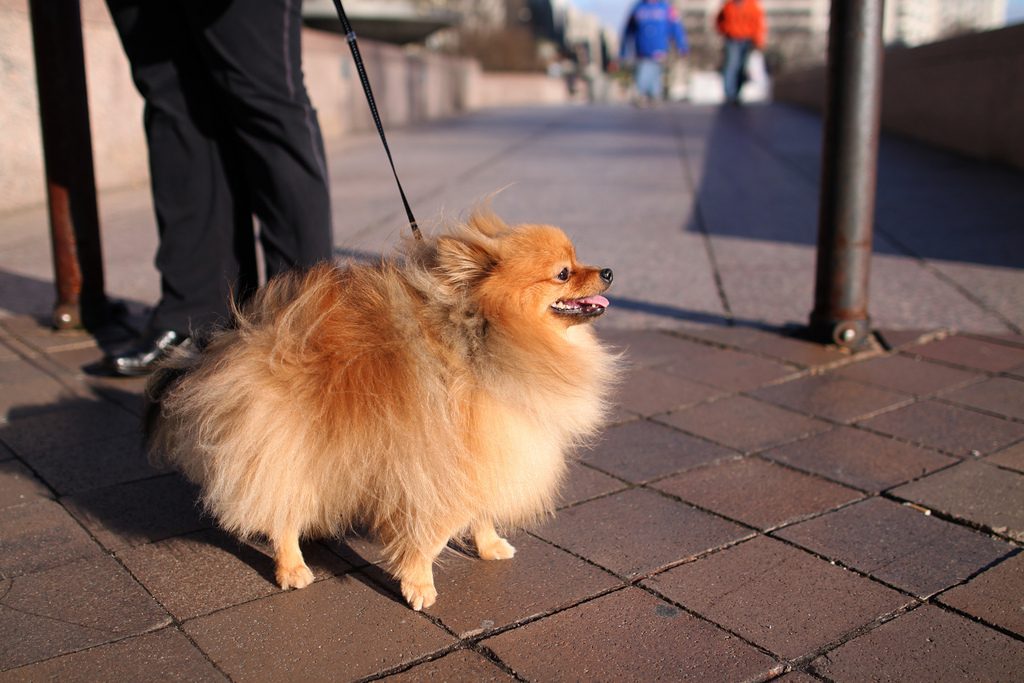 This toy breed didn’t start out that way

Modern-day Pomeranians are descendants of a multi-purpose Spitz farm dog developed in a region of what is now Poland and Western Germany known as Pomerania. They’ve been around for several hundred years, slowly becoming smaller in size from about 20 or 30 pounds in the 18th century to the current breed standard of three to seven pounds. 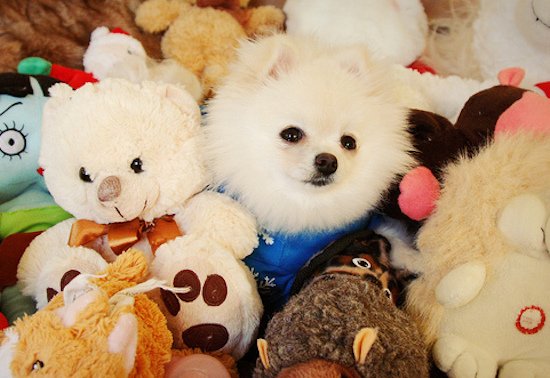 Now sometimes called teacup Pomeranians, the breed is a member of the American Kennel Club’s Toy Group, and although they may be small in stature, Pomeranians are big in personality. Their energy, curiosity, and boldness all seem out of proportion with their diminutive size.

The breed gained popularity in the late 1800s when the dowager Queen Victoria was smitten with them. She became a breeder and exhibitor, showing several of her Pomeranians at the Crufts Dog Show in 1891. 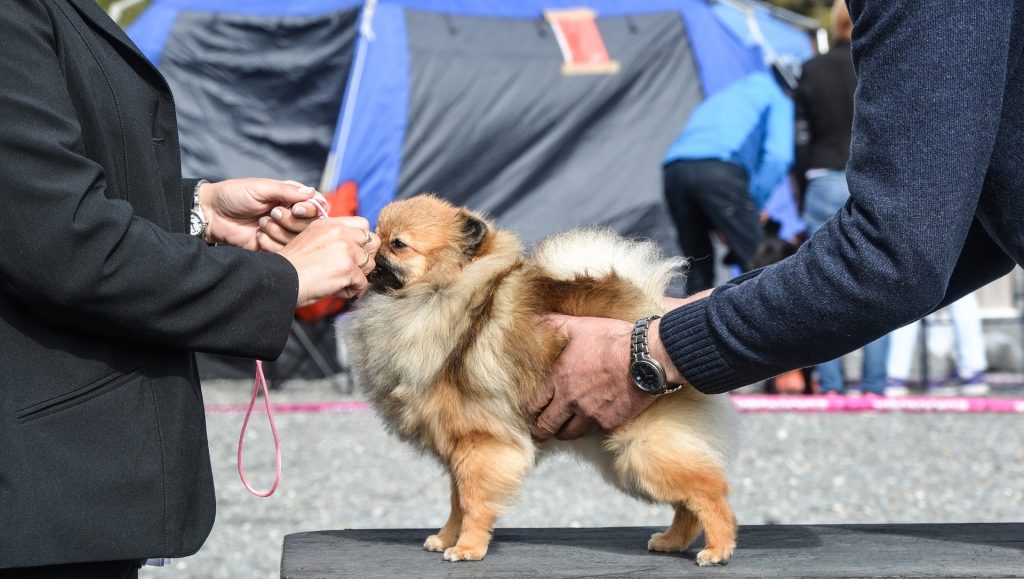 Queen Victoria is credited with bringing the dog’s size down to its current small version through selective breeding methods. Other well-known early Pomeranian enthusiasts were novelist and playwright Emile Zola and classical composer Wolfgang Amadeus Mozart.

Of course, it’s important that Pomeranians are handled with care. Small children who don’t yet understand the concept of “gentle” are best kept separate from a Pomeranian in the household.

That said, these dogs are tough and resilient. They thrive on activity and excel at activities like search work (nose or scent work), agility, and obedience. They’re also excellent therapy dogs, visiting nursing homes and hospitals to provide comfort to patients. 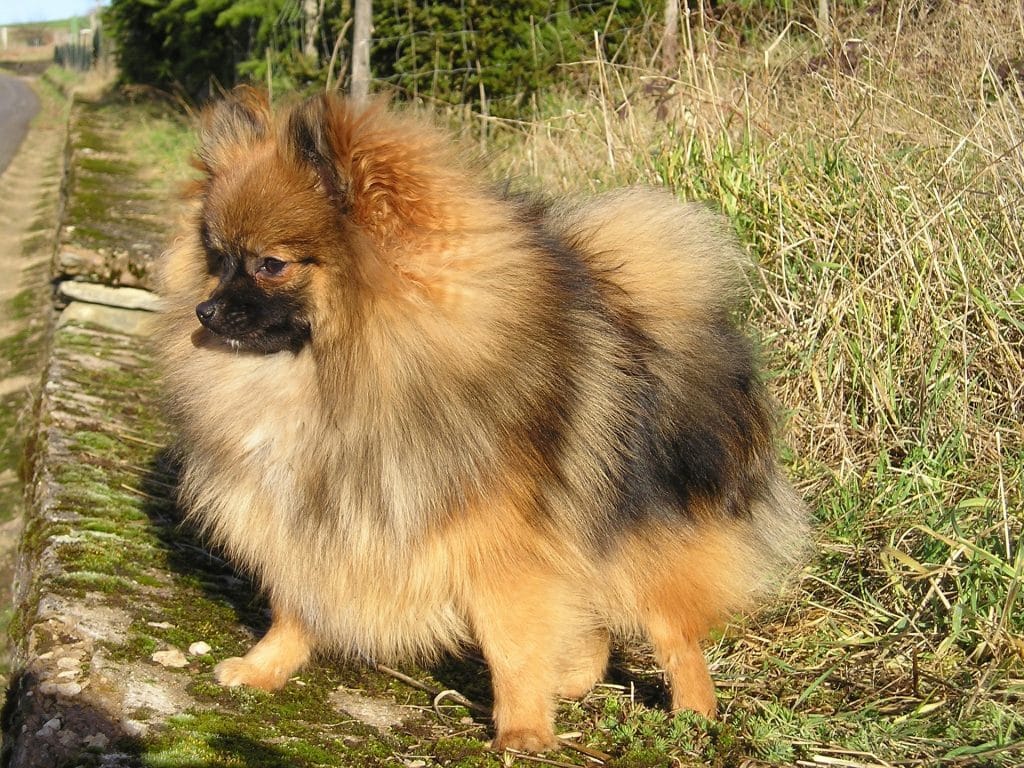 While many breeds have standards that restrict colors or markings, this isn’t the case with Pomeranians. The most popular coat colors are buff-orange or red, but Pomeranians come in nearly every color imaginable—from black to white, to black AND white (parti-color), and everything in between.

Did you say bark?

Yes, Pomeranians are known for barking a lot, as are many of the spitz-type breeds like Huskies, Samoyeds, American Eskimos, and others. To avoid the “yappy little dog” syndrome, early training is helpful.

Understanding why he’s barking, along with learning how to redirect his attention using techniques such as counter-conditioning will go a long way in preventing a dog that seemingly barks just to hear himself. 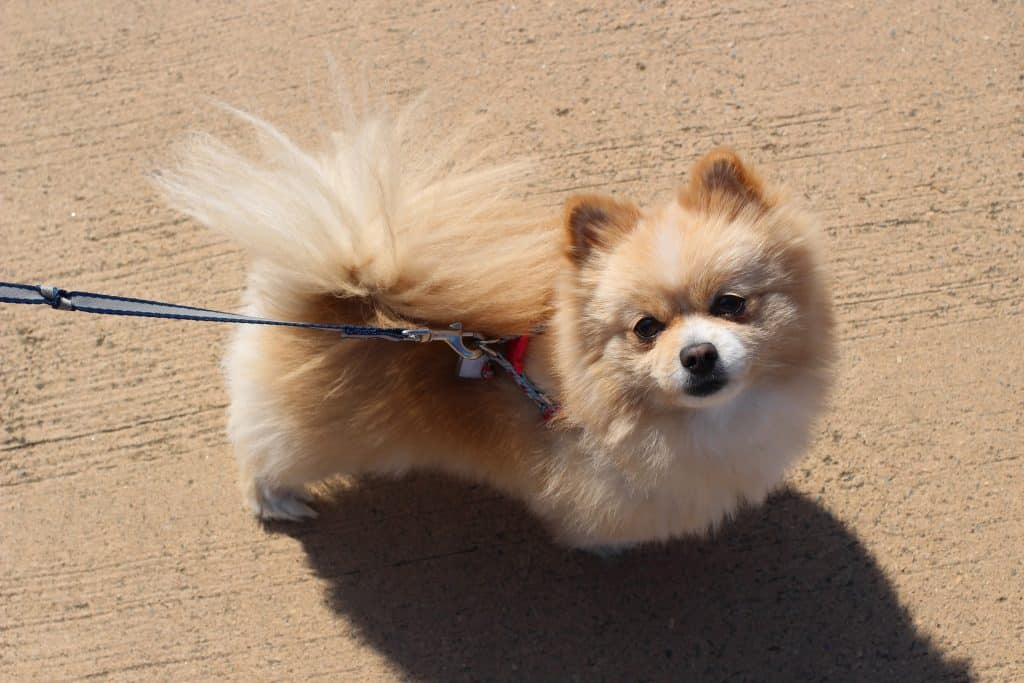 Caring for your fluffball

Care for Pomeranians is surprisingly easy. Although the coat looks like it would be labor intensive, its dense undercoat with outer guard hairs requires nothing more than brushing with a pin brush and a slicker brush a couple of times per week. During shedding season, a comb may be needed to release the thicker undercoat and prevent matting, but with the tiny size of Pomeranians, it’s not a time-consuming endeavor.

Haircuts are low-maintenance—they need a scissor trim every couple of months. Breeders do not recommend shaving Pomeranians unless necessary for health reasons such as a skin disease. Teeth brushing, using dog-friendly toothpaste and a small breed toothbrush, can help prevent dental tartar build up and gum disease.

Add a nail trim every few weeks, and your Pomeranian will stay in tip-top shape for his long life—they are known to live into their mid-teens!