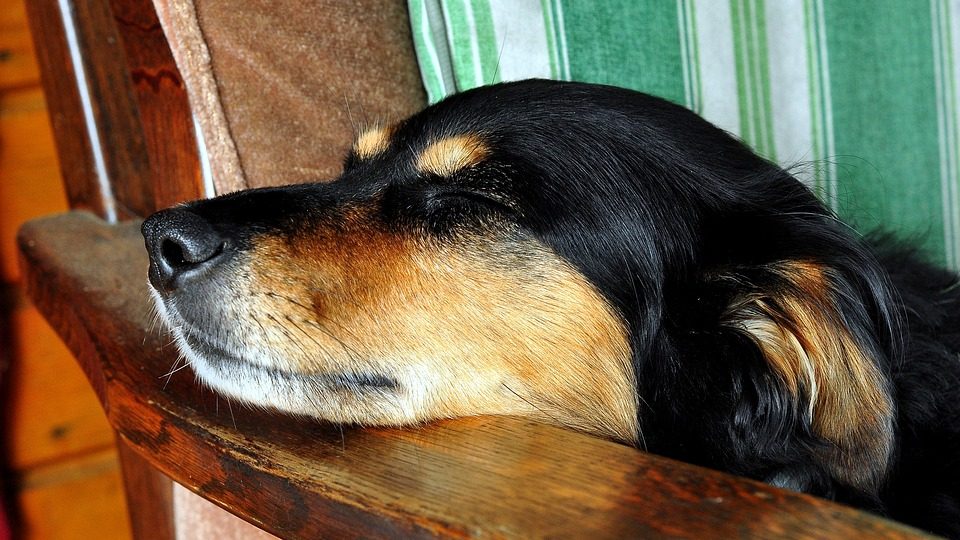 We’ve all seen our dog twitch and maybe whine in their sleep. But do dogs dream? There’s a surprising amount of research on the topic, so let’s dive right in on what science says.

Dog brains aren’t that different from human ones

According to Psychology Today, dog brains are similar to human brains on a structural level, and their brainwaves and brain activity while sleeping are similar as well. In addition, a 2001 MIT study concluded that sleeping rats dream about mazes they ran earlier in the day, making the thought that more complex animals such as dogs and cats dreaming an easy conclusion to come to.

Stanley Coren, the author of the Psychology Today article above as well as several books on dog behavior, goes on to say due to these similar brain wave patterns, dogs also experience multiple sleep stages during a standard sleep cycle, including dream-rich rapid eye movement or REM sleep. (That’s where we see most of the cute twitching and sleep barking behavior we know and love.)

What do dogs dream about?

While there is some evidence that dogs may engage in pretend play, there’s no clear scientific consensus that dogs have an active imagination. (At least one on par with humans.) With this in mind, it’s more likely that dogs dream of everyday activities and other doggy things, such as chasing imaginary birds, running after dream squirrels, and interacting with you or other dogs. This goes for pleasant and not so pleasant dreams. Read more on how dogs experience dreams.

Can dogs have nightmares?

As nightmares and the more common bad dream do happen during REM sleep, it makes sense that in addition to replays of daily activities, dogs may have dreams where they replay traumatic events or that showcase a fear they have while awake. There can also be a possible medical connection. Low-level pain can cause difficulty sleeping as well as stress, both factors in human nightmares.

If your dog starts having nightmares out of the blue, it may be time to take them to the vet to see if there could be a possible medical cause. In older dogs, an inability to sleep or settle at night could be related to Canine Cognitive Dysfunction, also called Doggie Alzheimers. If your dog has a past you’re not familiar with, such as a rescue, and they have occasional nightmares, it may make sense to create a comfortable environment for them to sleep and relax in.

Should I let sleeping dogs lie?

If you find your dog caught in the throes of a dream that may have gone to a not so happy place, it’s important to take note of the signs. If it’s twitching and gentle whining or sounds of distress, and you know your dog isn’t going to startle, waking them up gently can be a comforting way to ease them out of a bad dream.

Hackles raised, growling, and other more intense signs of fear or aggression are a warning sign, both for you, and whatever dream threat your dog is encountering. Trying to wake up a dog that is going through this may startle your dog out of a deep sleep, which is a good way to get bitten. In many cases, letting the nightmare run its course is the better choice, with you standing by to comfort your dog once they wake up.

If you have to wake up a dog in the middle of a nightmare, it’s better to follow steps usually reserved for deaf dogs:

The idea is to gently wake your furry best friend up, or at least disrupt the nightmare. Again, it’s usually better to let them complete the cycle and either wake up or slip into a more pleasant dream than trying to wake them out of a scary one.

How do I know my dog is dreaming?

Dreaming dogs are very similar to humans. Some common signs are:

Murmuring, barking or even dream howling

Along with dreaming can come the danger of staying in non-rapid eye movement sleep or what’s being commonly called dream deprivation in humans. Dream deprivation can have some health consequences, so making sure your dog has a healthy sleep cycle is key.

In addition, just like humans, dogs can suffer from common sleep disorders.

Similar to the same disorder in humans, narcolepsy in dogs is a nervous system sleep disorder that usually affects younger dogs. It is commonly caused by abnormally low levels of a chemical called hypocretin, which helps maintain alertness and normal sleep patterns. This lack of hypocretin is usually genetic and appears to occur more commonly in Labs, Doberman Pinschers, and Poodles. Obesity and inactivity can also cause narcolepsy, but that’s much rarer.

Narcolepsy symptoms can present as suddenly collapsing and falling asleep, usually after a period of excitement or physical activity such as eating or playing. Loud noises or petting will abruptly wake up the dog from their sudden nap. While narcolepsy isn’t fatal, it can be an unpleasant disorder, and disrupt your dog’s life. While there is no cure, certain treatments and lifestyle changes can help minimize symptoms.

Usually rare in dogs, sleep apnea is a sudden narrowing or collapsing of the airway, cutting off air suddenly waking your dog for 10 to 20 seconds at a time. This constant barrage of interruptions generally leaves dogs feeling sluggish and tired during the day.

Brachycephalic breeds such as pugs, bulldogs and Boston terriers are more prone to sleep apnea, with obese dogs being in danger as well. If your dog snores loudly and seems to wake up constantly while they sleep, it’s time to go to the vet. Sleep apnea can be serious, and in some extreme cases fatal.

REM Behavior Disorder is when your dog’s body follows their actions when they dream. (Usually, just like with humans, dog brains paralyze muscles so they don’t act out dream movements and stay at rest.) While this isn’t a serious condition medically, some extreme cases may cause a dog to run into walls while asleep or attack objects. Extreme movement can also be due to seizures, so taking your dog to see your vet is a good idea if these symptoms start occurring.

Of course, if you think your dog is suffering from any of these disorders or has a significant change in their behavior during the day, it’s time to visit the vet. Any of these conditions can be serious, so it’s good to start the road to diagnosis and treatment as soon as possible. 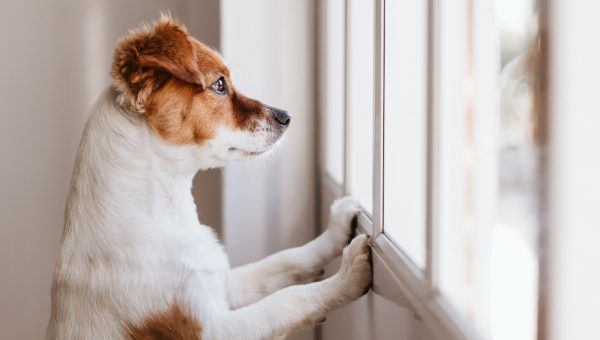