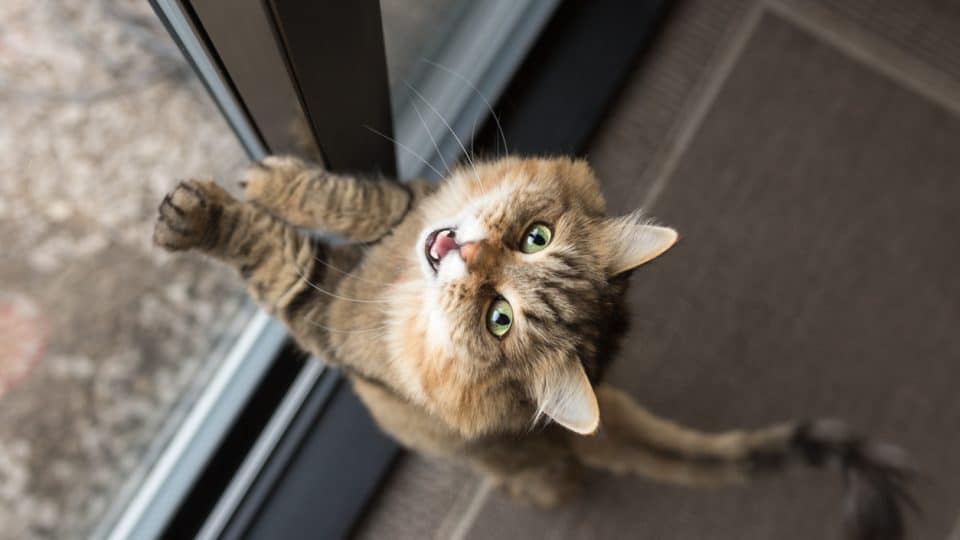 Whether wild or domesticated, our feline friends are known for being independent. So separation anxiety is the last thing they’d experience, right? Not quite.

Cats can get lonely, and just like humans feel nervous or worried, they’re able to encounter similar emotions. “Separation anxiety is a recognized disorder in cats,” states Dr Amy Attas, veterinarian, founder of City Pets, and member of the University of Pennsylvania’s School’s Board of Advisors. “It is a stress response observed when a cat is separated from a person or people with whom they are strongly bonded.”

It’s more common than you might think: A study found around 13 percent of cats displayed at least one separation anxiety-related behavior, and the pandemic has seemingly exacerbated this figure.

“A recent study shows the increase in the number of cats exhibiting separation anxiety, which is believed to be the result of people returning to work after being at or working from home during the first two years of the pandemic,” Attas notes.

Research suggests cats fall into one of two attachment styles: 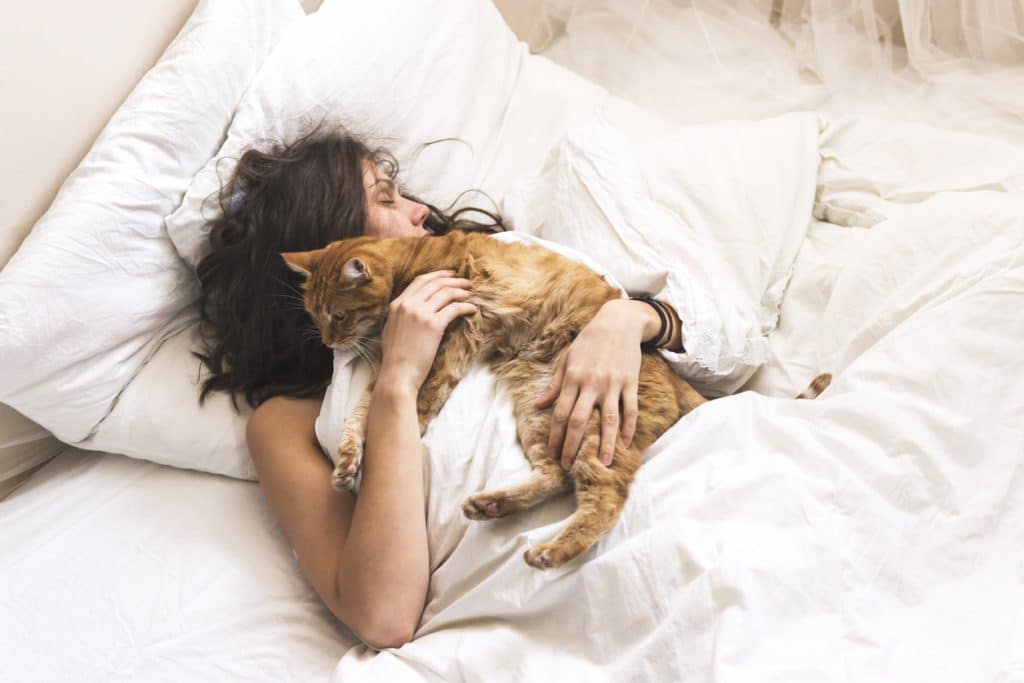 Symptoms and Signs of Separation Anxiety in Cats

An array of symptoms can indicate separation anxiety. However, note that “just having one or two symptoms doesn’t mean your cat has [it],” says Lauren Parsch, Cat Behavior Consultant.

Some cats will exhibit symptoms in your presence, while others only do so when their owner is away. “Webcams are an excellent way to assess whether your cat is upset by your absence,” Mikel Delgado, Rover’s resident cat expert on The Dog People Panel, suggests.

What separation anxiety symptoms can you watch for when you’re at home? Some of the most common include:

And what about when you’re away? Some signs and behaviors are:

What Causes Separation Anxiety In Cats?

Cats develop separation anxiety for many reasons, and it can occur at any time in their lives.

There are two sides to the separation anxiety coin: Nature and nurture. Your cat might develop the condition because it “has some predisposition to anxiety, such as genetic risks or a personality that increases the chance they could experience different forms of anxiety,” explains Mikel Delgado, a cat behavior expert with Rover.

However, a cat’s environment and upbringing can also play critical roles. For example, if it is “separated from their mother and littermates too early (younger than 12-14 weeks of age),” Parsch reveals. She adds that undergoing a life change, such as “a new owner, a new home, or changes to their typical routine”, are also common triggers.

If these don’t sound familiar, Attas highlights a few other factors associated with separation anxiety, including:

“Anecdotally, it has been reported to be more common in older female cats, although gender and age do not predispose a cat to separation anxiety,” explains Attas. Essentially, she continues, there’s no one-size-fits-all cause as “every cat has its own personality.” 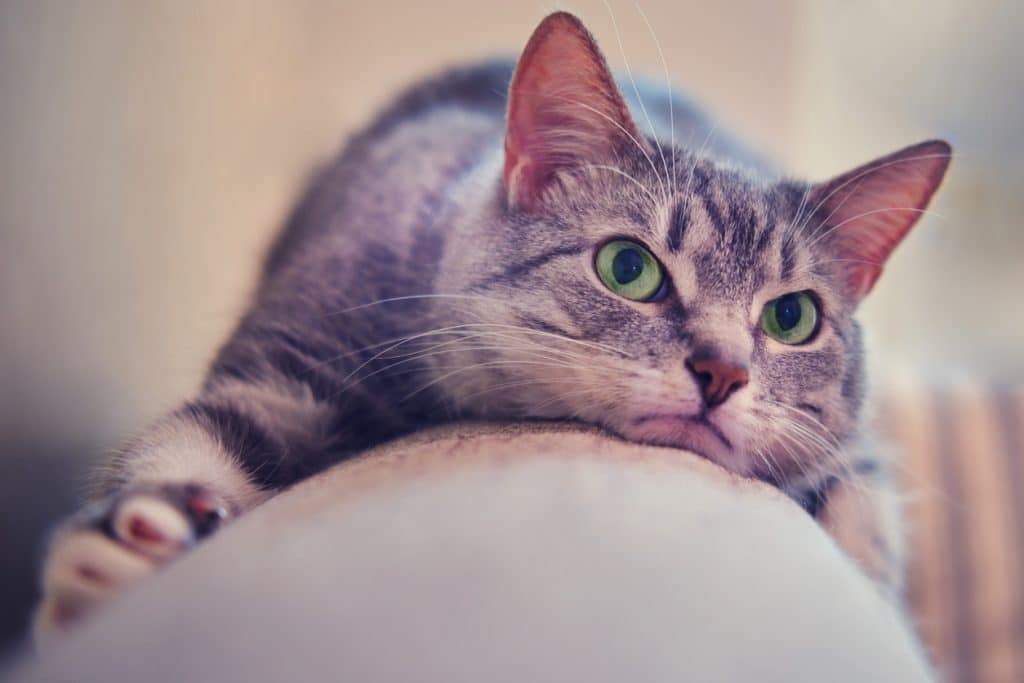 How to Help a Cat With Separation Anxiety

While it’s unpleasant for cats to experience separation anxiety, it can also be tough on their owner.

Fortunately, various approaches can help alleviate symptoms and make your cat feel more at ease about being alone. “The combination of medication and behavior modification is associated with the best success,” Attas reveals.

Manage or Change The Environment

“A cat with separation anxiety feels like the world is an unsafe place when their human isn’t around,” explains Parsch. “Therefore, creating a sense of safety for them in their environment…is a great first step on the path to helping them.”

You can achieve this in various ways. For example, stimulate their senses by providing plenty of interactive toys and things to scratch (that aren’t table legs!). You can also offer appropriate hiding places — such as tunnels and cat caves — Parsch suggests.

Other tweaks include “plugging in feline pheromone diffusers, such as Feliway spray, which has a calming effect on many cats,” says Attas, along with “putting the television or radio on when departing and also leaving sufficient light on.”

When it comes to your behavior, “do not make a fuss upon returning,” Attas recommends, as this will reaffirm the fact you’ve been gone.

Creating a routine — and sticking with it — is also crucial in “bringing cats a sense of safety and security,” Parsch says. “Play with them and feed them at the same time every day. Preferably feed them after playtime to mimic their natural rhythm.”

Just as a doctor might prescribe medication if you’re anxious, a vet can offer your cat the same kinds of drugs. Some of those commonly prescribed are:

Natural supplements have been used for years to help ease anxiety symptoms in cats, and plenty of options are available. Products often contain one or more of the following ingredients:

Always consult your vet before giving your cat any over-the-counter supplements or medications.

How Can I Prevent My Cat From Getting Separation Anxiety?

Even if your cat isn’t showing signs of separation anxiety, you can still engage in practices that encourage a healthy attachment style — and could potentially prevent issues from developing in the future.

When to Talk With a Vet

If your cat shows separation anxiety symptoms, it’s a good idea to visit your vet to figure out what’s happening. “Left untreated, this disorder can lead to more significant medical problems,” Attas notes.

Furthermore, some anxiety signs (such as urinating outside the litter box) are seen with conditions such as cystitis.

There’s no specific test for separation anxiety, but “a physical examination and even laboratory analysis of blood and urine are often necessary to differentiate a medical problem from a behavioral one,” explains Attas.

While cats can’t ‘grow out’ or be cured of separation anxiety, Parsch shares some good news: Symptoms “can certainly improve, or even seem to disappear, with some patience, compassion, and the right tactics.”