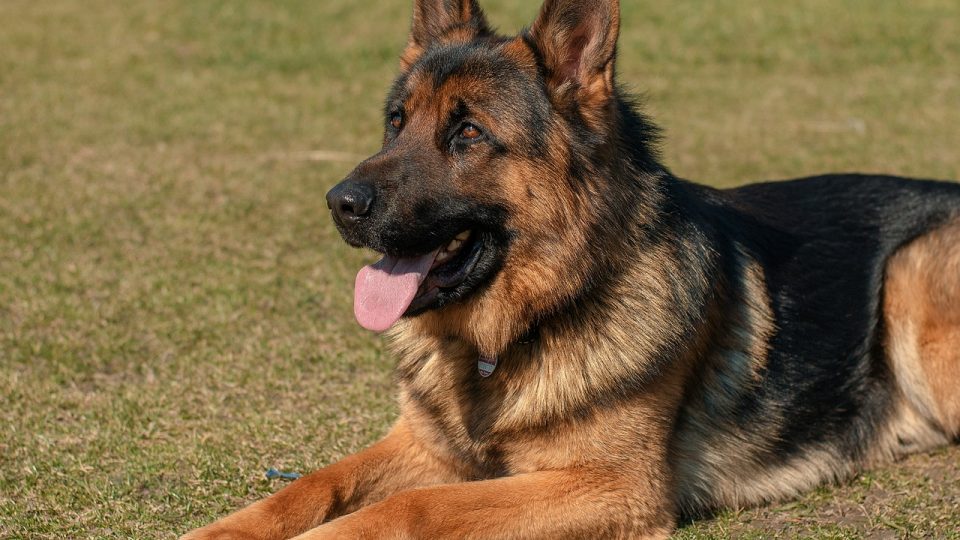 German shepherd dogs are known by their wolf-like appearance, strength, loyalty, and noble disposition. They were originally bred to herd sheep and protect flocks from danger, but German shepherds are so much more than working dogs.

You might be surprised to learn just how companionable these dogs are. In addition to doing police work, you’re likely to find a German shepherd following their owners on challenging adventures, learning tricks in obedience classes, and playing in the family backyard.

Read on to learn more about this popular and majestic breed, and to find out whether a German shepherd dog (known to enthusiasts as a GSD) is right for you. 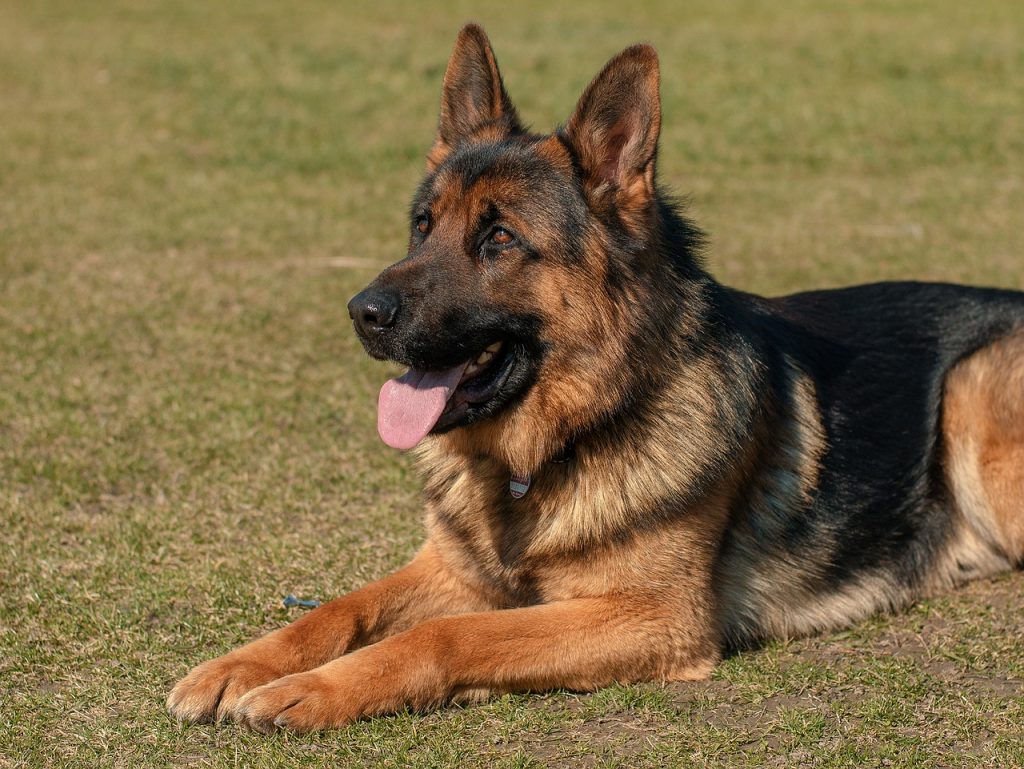 Is a German Shepherd Right for You?

If you’re very active, love the outdoors, and want to get your daily exercise no matter what, the GSD will fit perfectly into your life. The ideal German shepherd owner loves to go on long walks or runs and will take their dog on weekly excursions to interesting places. These dogs are always up for leg day.

Because of the German shepherd’s loyalty and need for stimulation, they bond deeply with their people. German shepherds see themselves as true family members. They desire to forge a strong relationship with their people and they thrive on human companionship. That special connection is one of the greatest rewards of living with a GSD.

German shepherds are active dogs. Think: running at full speed across a field as much as you’ll let them. They prefer space to exercise at peak capacity and plenty of outdoor time. The ideal home for a German shepherd would be a home with a large backyard for running around, and that’s not counting all of the walks, runs, and adventures they’d like to go on with you.

German shepherds can also make great family dogs and do fine with children as long as they are properly socialized.

German shepherds are known for their trainability and excel at obedience training. With their strong appetite for learning, many German shepherds go on to make exceptional service dogs. Some have the nose to become search and rescue dogs. German shepherds also do well in other working roles, such as guide dogs, watchdogs, and guard dogs. Some even become police dogs.

Your German shepherd may not be an official working dog, but they’ll still enjoy demanding tasks. And since German shepherds love learning and being busy, they’ll want to learn more than just the basic commands. Trick training will make your German shepherd dog happy—and it’s an excellent way to spend time together. Training challenges will turn into self-confidence and helps GSDs feel like a truly important member of the pack. Plus, with positive behavior reinforcement, training sessions turn into bonding sessions, too.

GSDs are also well suited to sports. From agility training to nosework, these athletic dogs are up for almost anything. (As long as you’re right there beside them.) 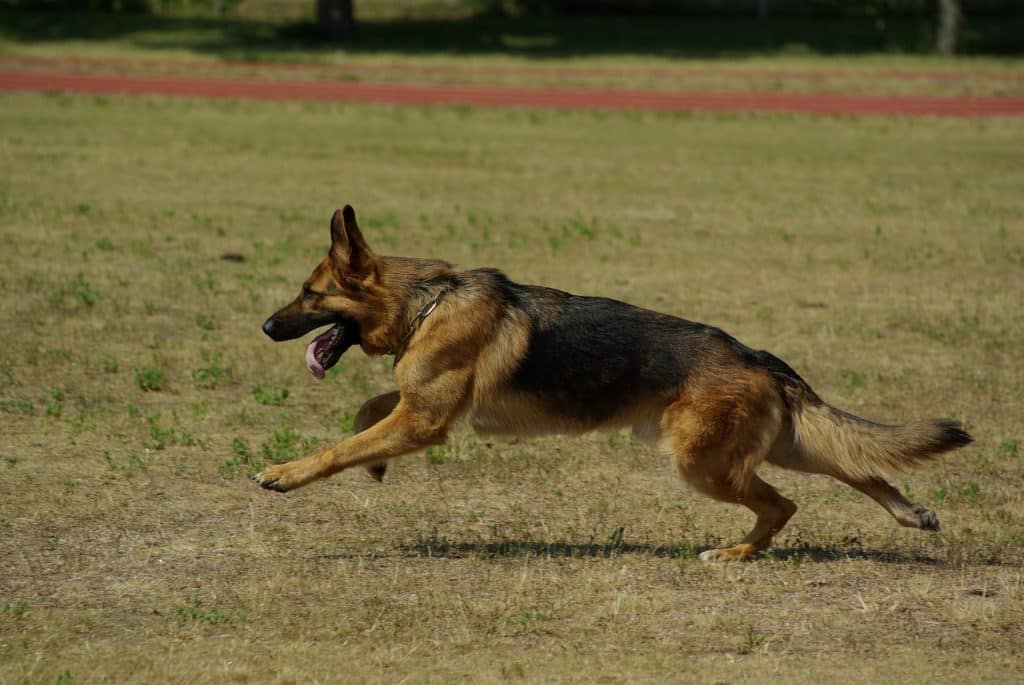 German shepherds are attractive dogs: large and muscular with a signature square muzzle, bushy tail, and (usually) black mask. They’re generally tan/black or red/black in coloring, often with “saddle” and “blanket” markings across the back. Rarer colorings include sable, silver, liver, and panda. There are even pure black German shepherds and white German shepherds.

German shepherds typically have a dense double coat with a water-resistant outer layer and a thick undercoat. And they’re most definitely shedders. These dogs typically shed once or twice per year, but they benefit from weekly grooming. (As well as daily brushing during shedding months.)

Although most German shepherds have either a medium or long coat, some German shepherds have no undercoat, and therefore have different grooming needs. Make sure to learn how to care for your GSDs coat properly and maximize the natural benefits of their hair, while minimizing out-of-control shedding. If in doubt, check with a groomer who can give you tips on good home care.

German shepherds have been bred for intelligence and independent thinking as herding dogs, so GSDs tend to be curious learners and like to be useful. Because of their curiosity and wariness of strangers, German shepherds make excellent guard dogs (but can be overprotective if not well-socialized).

With their loyal personalities and eagerness to work, you’ll find German shepherds to be very obedient when it comes to training and following commands. It’s no wonder the German shepherd is such a popular dog!

Just like many dog breeds, German shepherd dogs are prone to particular health problems. Many are a result of inbreeding early in the breed’s life.

To address and prevent joint disease, talk to your veterinarian about dietary supplements for musculoskeletal health, in addition to limiting jumping and rough play.

The ancestors of German shepherds were bred in late 19th century Germany as working dogs, specifically as sheepdogs and guard dogs on farms. In 1899, after much disagreement about which qualities to highlight in the breed, Max von Stephanitz declared the first German shepherd dog, which he named Horand von Grafrath.

Due to anti-German sentiment after World War I, the German shepherd was renamed the Alsatian wolf dog (or simply called an Alsatian) in the United Kingdom and the United States until as recently as 2006.

Getting a German Shepherd Dog

Getting a German shepherd is simple, but it’s important to be prepared. If you’re buying a German shepherd puppy, you’ll spend plenty of time discouraging biting and barking, socializing the puppy to other people and dogs, and teaching important skills like sleeping through the night and going to the bathroom outside.

Finding a German shepherd puppy or adult dog can be as easy as an internet search, but be careful of puppy mills and internet scams. Do your research and ask around for a reputable breeder, visit before committing to payment, and trust your gut.

Another way to find a German shepherd is to adopt a rescue. Unlike puppies, rescues often come spayed and neutered, and with all their shots. Because a large number of German shepherd rescues are surrendered by individual owners, these dogs may already know basic commands and be socialized.

If not, that doesn’t mean you can’t work with them. Contact a trusted dog trainer for more information on how to teach a dog who hasn’t experienced much structure, or how to help a dog who has been traumatized to feel safe and welcome.

Finding a reputable breeder can be a daunting task. Thankfully organizations like the American Kennel Club (AKC) have search tools to find a reputable German shepherd breeder near you.

If you don’t find a breeder you like via the AKC, many breeders have an online presence. Beware, however, of puppy mills and other scams that may leave you with a sick puppy or no puppy at all.

When you visit a prospective breeder, be sure to ask about any health issues in the dog’s bloodline, and discuss any genetic tests you might want to run, such as a test for Von Willebrand’s disease. You may also want to meet the puppy’s parents to make sure they have the temperament you’re looking for.

However you choose to bring a GSD into your life, know that you’re bonding with a furry adventure buddy that will be pleased to be with their pack, whether it’s a pack of two or a big family on the go.

Want to know more about German shepherds? We’ve got you covered.

For more information on what you need to get a dog, here are a few resources to get you started: 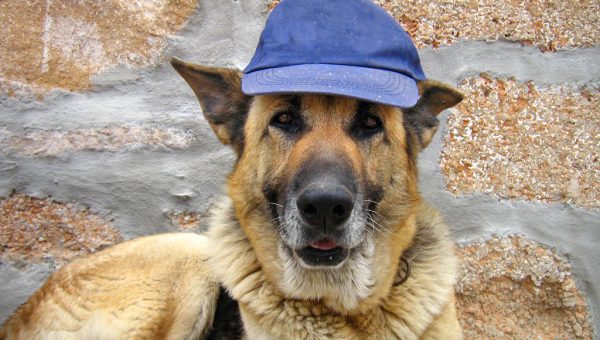 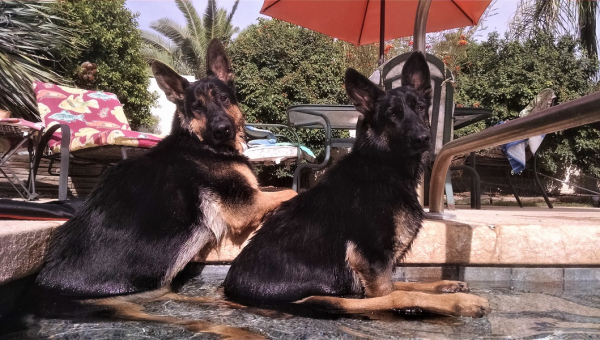 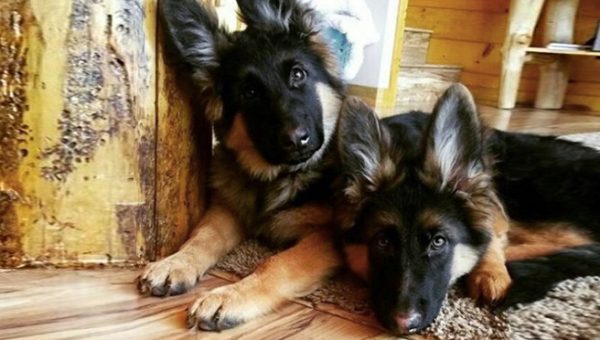