Service type
Dog Boarding near
How often do you need Doggy Day Care?
For which days?
Dates
What time of day?
Pet type(s)
Dog size (lbs)
$1
$150 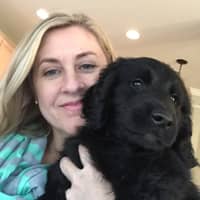 Loving Care When You're Not There

"Leann was great! You can tell that she really loves animals. She took really good care of our puppy, took him for lots of walks and sent plenty of pictures o... (more)"

from
$28
per night
Active and Accepting Requests (incl. from Essential Workers) 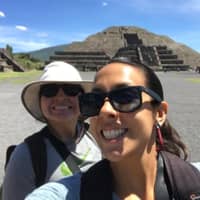 "Tania and Sam were amazing! I left my dogs with them for a week and wouldn't hesitate to use them again in the future. They sent daily pictures on how the do... (more)" 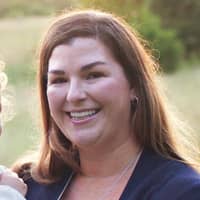 Our dog Bailey needs some friends!

"Katie and Tighe seemed to have a really good understanding of dogs, and I appreciated that they arranged a play date to make sure that our dog would be comfo... (more)"

from
$30
per night
Active and Accepting Requests

"Kalie did such an amazing job with our three pups! They each have their own quirks and needs, and I was worried that we would have a hard time finding someon... (more)"

They'll be in good hands!!!

"Marisa came through for us on a last minute accommodation. I am very happy that we were able to work with her. She is amazing, she provided updates to us and... (more)"

from
$30
per night
Active and Accepting Requests

"Steffi and Santhosh were absolutely amazing! It was our first time using Rover so we were a little nervous. We had a meet greet the day before we dropped off... (more)"

from
$24
per night
Calendar Recently Updated

Home away from home for your dog

"Penelope has a great stay! I was sent pictures and videos to reassure me that everything way going well. We will definitely be using Adriana again! (more)"

The best care for your best friend!

"Cam was great I am so happy we chose him for our pup. It was last minute due to another sitter canceling and Cam had no problem he really made the whole proc... (more)"

"I have used Rover over the last 2 years and can genuinely say that Lilos stay with Abbie was the best! I went out of town for 4 days and not once did I worry... (more)"

"This was our first time using Rover for our dog Lucky and Katy and her family were simply unbelievable! We don’t have the words to express how great an exper... (more)"

from
$35
per night
Active and Accepting Requests

Dogs are family! I welcome yours

"Silvia was amazing with our spoiled, late-in-life pup, Tucker. She certainly cared for him as though he were her own. Sent real time photos of them on a walk... (more)"

from
$50
per night
Calendar Recently Updated

Dogs are people too!

"Erin and her husband were the absolute sweetest people! They are very welcoming and accommodating to your dogs needs. Our GSD Lady stayed with them for 10 da... (more)"

I will live your baby for you

"This was my first time using Rover to find someone to board Raven with for a week, found Donald and I couldn’t have been happier! He kept me updated every da... (more)"

It's time to play!

"Priscilla was an amazing dog sitter for our Lola. Treated her like her own. Spoiled her! Priscilla sent us pictures while she was with her and we knew she wa... (more)"

"Angela took great care of stacks in my absence and kept me constantly updated with pictures when I was gone. Her and her boyfriend seemed to get along great ... (more)"

from
$30
per night
Calendar Recently Updated

"My dog is very shy but he warmed up to Sarah quickly. She made him feel comfortable and it made me feel better about leaving him. (more)"

Your pet's home away from home💕

"Lauren was amazing! Jackson got along with her the very first day we met and her place was inviting with many house plants. Her apartment is on the very firs... (more)"

"Ella was great! She helped me in a pinch for a last minute dog boarding and kept in communication to let me know how my little guy was doing! I would definit... (more)"

"Zoe's week long stay with Evelyn allowed us to take a family vacation and not worry or feel guilty for leaving Zoe behind or depriving her of attention by bo... (more)"

from
$25
per night
Calendar Recently Updated

"Elizabeth took great care of my two dogs. I got lots of updates on how they were doing. One of them is very nervous and doesn’t eat well when I’m gone and sh... (more)"

Why do dog owners love living in San Antonio?

Also known as River City, San Antonio's rich history attracts all kinds of people. Home to the Alamo museum and the San Antonio Riverwalk, it's the seventh most populous city in the U.S. and full of pet parents and dog owners. With all those pet owners, there's a need for trusted dog sitters in San Antonio, and that's where 5-star services like Rover come in.

While there are several options for dog boarding in San Antonio, few can give dogs and puppies all the comforts of home like Rover sitters can. When you book a Rover dog sitter, your dog stays in your sitter's home and is treated like part of the family. Many sitters will even snuggle your pup on the couch, just like you would, or take your dog to a local dog park for the day.

Which San Antonio parks do dog owners like to visit?

San Antonio residents have 10 plus dog parks in the area to enjoy with their canine companions. One favorite has got to be Phil Hardberger Park off Blanco Road with its fun obstacle courses for pups to master and plentiful parking for pet owners. There are separate large and small dog areas and the park is open from sunrise to sunset. The next must-visit dog part for San Antonio dog owners is Pearsall Park. It features 1.5 acres of combined area for large and small dogs to romp and play. It has a bit less shade than other parks, so be sure to get there early before the heat of the day. Pearsall Park is rumored to be full of regulars, so your dog can really make some sweet connections with other local pups. Another local spot is McAllister Park, open from 5 a.m. to 11 p.m. Amenities there include an agility park, tunnels, a doggie fountain, and lots of dog-friendly trails perfect for running or walking.

Which neighborhoods in San Antonio are great for dog owners?

You can't say San Antonio without conjuring up images of the Alamo. The downtown core is home to lots of tourist attractions beyond the Alamo, like the Tower of the Americas and the Alamodome. Midtown includes the historic Olmos Park Terrace, perfect for strolling with your dog and taking in the atmosphere. Just south of the Blue Star District lies in Southtown, where you'll find the Alamo Heights neighborhood - also known as 78209 or simply the '09. In Uptown Central, you'll find nearly five million square feet of retail space to buy yourself and your pup some presents, including the well-known North Star Mall. You could also go shopping at the Rolling Oaks Mall in the Northeast Side, which is also home to Randolph Air Force Base. From there, the Northwest Side has the University of Texas San Antonio and lots of students living nearby creating a fun, young atmosphere. We can't forget the South Side, a diverse neighborhood with both Palo Alto College and Texas A&M University-San Antonio in its limits.

Better results NEW
To provide more accurate results and the best possible service, we require your home address. The address will stay private as usual until the booking is paid and confirmed.