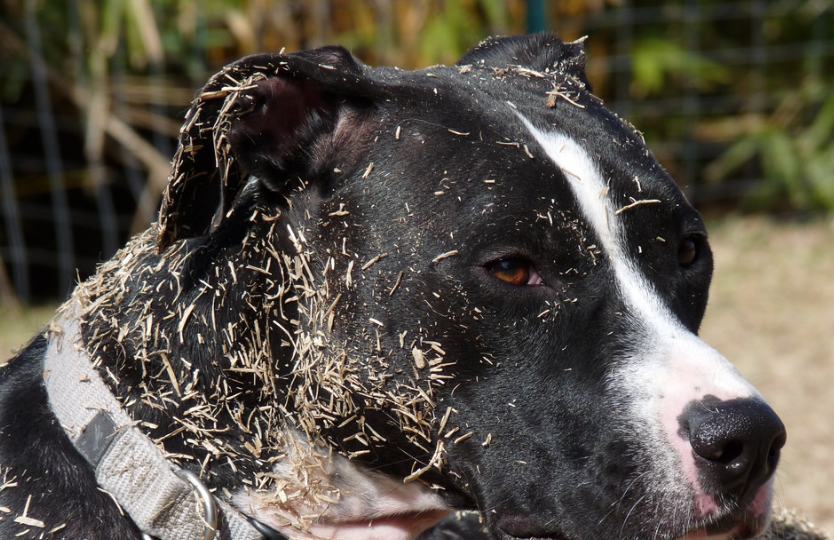 Dogs love to run and play outside, but why do so many of them want to roll in the grass? Some dogs simply lie down and bask in the sun, while others flounder about like a fish out of water. And you know that dogs are even more likely to roll around in the grass if it’s stinky.

If your dog comes back from the park, daycare or the yard covered in vegetation, and even stinking to high-heaven, check out these theories of why dogs roll in the grass. 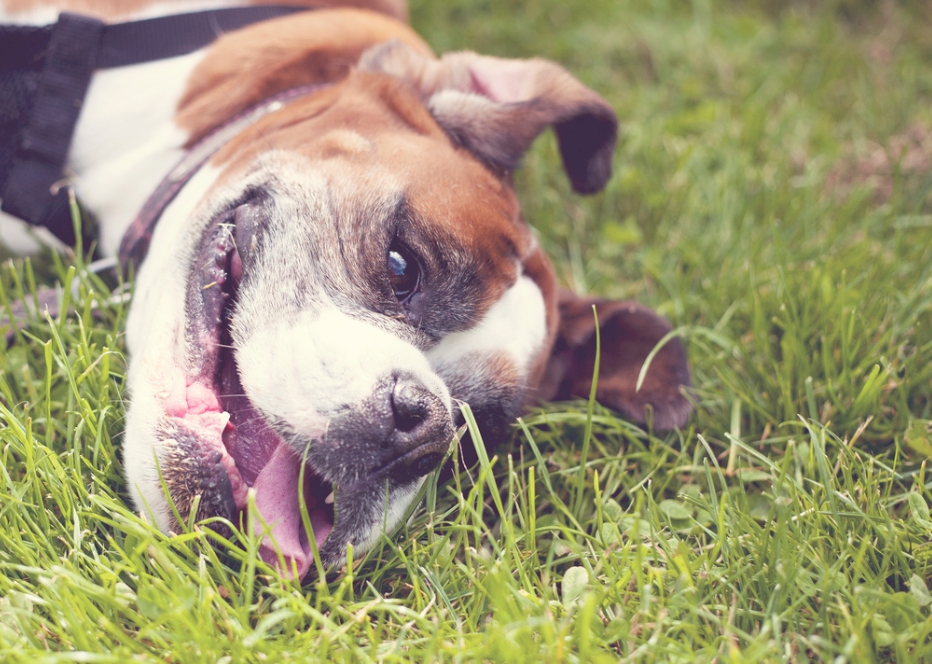 Dogs are Hardwired to Roll in the Grass

According to Dr. Stanley Coren, the most likely reason dogs roll in the grass is an ancestral instinct to mask their scent.

“If an antelope smelled the scent of a wild dog nearby, it would be likely to bolt for safety,” Dr. Coren writes. “Antelopes or other prey animals are less likely to be frightened or suspicious of a hairy thing that is coated with that smell than that same visitor who smells like a wolf. This allows the wild hunting canine to get much closer to its prey.”

“When we walk into a room and someone is cooking, we smell a mishmash of everything altogether,” Dr. Coren says. “But dogs break it up and smell meat, tomatoes, spices, and peppers—each being separate. They spend more time sniffing things because they are trying to distinguish the components.”

So it’s no wonder dogs like to sniff around and roll in the grass—it satisfies their urge to distinguish different smells and it’s a hardwired tool for survival.

Turns out, there are a number of theories on why dogs still roll in grass today.

1. They Love The Stink

What smells nice to us probably smells like poop to our dogs. Shampoos with fragrances smelling of cherries and flowers make us want to cuddle our furballs, but the smell may send them running straight outside to the stinkiest thing they can find. To discourage this behavior, try unscented shampoos or wipes to keep your dog clean.

Dogs might also be trying to rub their scent off on an area, marking it as theirs.

“Some psychologists have suggested that dogs often rub against people to leave a trace of their scent and to mark the individual as a member of the pack,” Dr. Coren writes. “It is certainly true that dogs will often roll around on something—like a stick, a new dog bed, or such—as if they were trying to deposit their scent on it.”

Dog allergies are on the rise, whether it be food, flea, or environmental. Your dog may just be trying to scratch an itch when he rolls in grass. You’ll need to asses the type and severity of your dog’s allergies—you may even need to seek veterinary care. 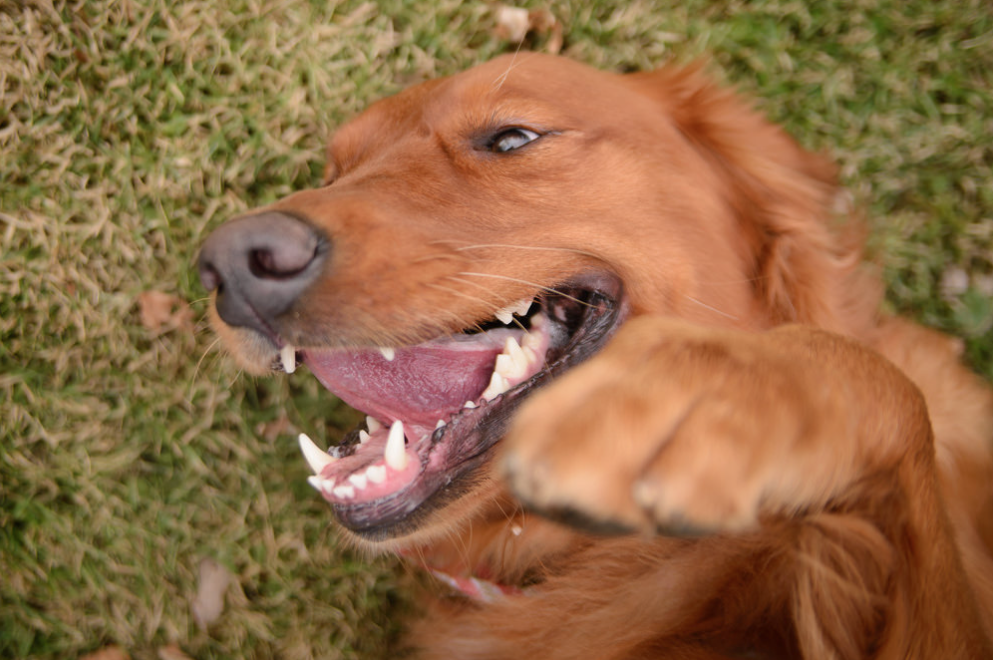 Soft grass may just feel good to your dog. One veterinarian suggests observing your dog rolling—is he rolling intensely or leisurely? His level of relaxation should clue you in.

Your dog could just be a little obsessed with rolling in the grass. For some dogs, it’s a compulsion to roll. Redirect this behavior with treats and training.

Dr. Coren also offers a more unique perspective: dogs may be seeking excessive sensory stimulation as a means of expressing themselves.

Rolling in grass comes down to the individual dog. While all dogs are ancestrally hardwired to roll in stinky things to mask their scent, there are a number of other reasons why your dog may enjoy a romp in the grass, which is usually a harmless behavior. Just make sure it’s not an obsessive behavior or an allergy issue, both of which require attention.