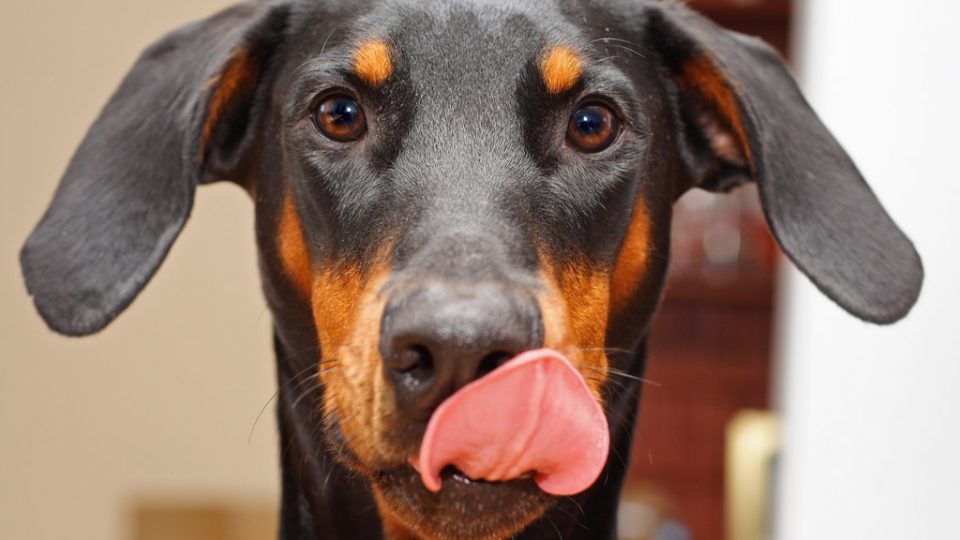 Your dog might not have Kardashian lips, but when he licks his chops, he is likely sending a message. So just what does it mean when dogs lick their lips? There’s more to the story than meets the eye. 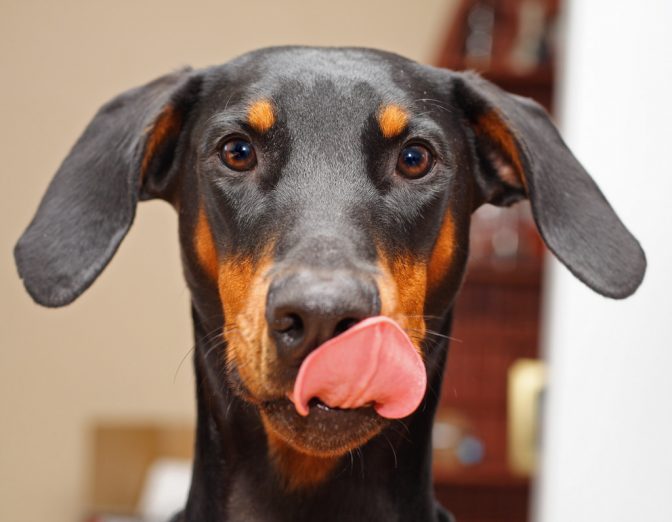 Dogs lick their lips for a variety of reasons:

The most obvious reason your dog might lick its lips is in anticipation of food. According to Patricia McConnell, an applied animal behaviorist, dogs generally lick to the side of the mouth when they’re expecting a meal. She adds that licking in anticipation of food can also be linked to increased salivation.

“We humans tend to do the same thing when anticipating something wonderful about to pop into our mouth,” she writes.

There are other surprising reasons dogs lick their lips.

“A quick in-and-out flick of a dog’s tongue over her lips is generally an appeasement signal,” writes Jolanta Benal, a certified professional dog trainer. She adds that lip licks, when a sign of appeasement, will look different than a dog licking its lips because of a nearby barbecue.

The video above featuring Denali the dog shows the quick flick of a dog’s tongue. Denali stands accused of breaking a plate in attempting to pilfer some dog food off the counter.

You’ll notice that as her owner uses a firmer tone, Denali yawns, shakes, and turns her head, which are additional gestures indicating she’s attempting to appease her exasperated owner. It’s Denali’s way of trying to get her owner to stay calm.

Additionally, dogs may lick their lips when experiencing anxiety.

A 2011 study examined dog behavior after separation from owners for 30 minutes, two hours, and four hours. The researchers observed that the longer the separation, the more dogs licked their lips and shook their bodies when they were reunited with their owners.

“Body shaking is also believed to be a sign of stress reduction, and is often seen with lip licking,” McConnell says.

If a dog licks its lips excessively, it might be experiencing physical discomfort or a gut problem.

If your dog is licking its lips or drooling more than normal, a visit to the vet can rule out a medical cause for excessive licking. 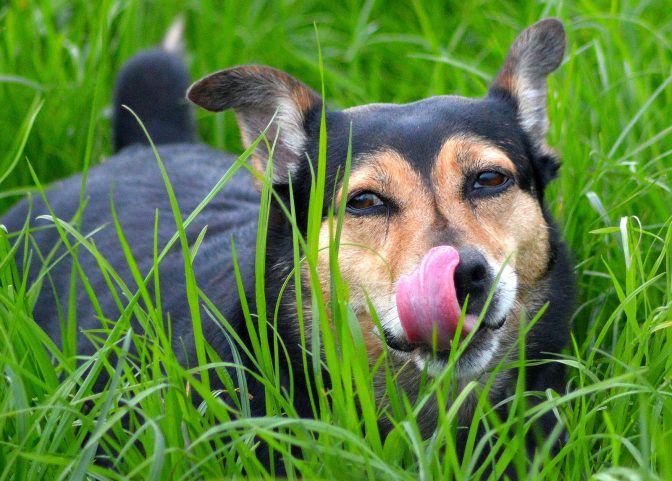 Finally, when dogs lick their lips, they are expressing an unspoken language rooted in the survival of living with a pack. Turid Rugaas, a dog trainer, writes that dogs developed calming signals as a way to communicate and avoid conflict with each other. She estimates that dogs have 30 calming signals, including when a dog licks its lips, and they use those signals when interacting with humans and other dogs.

“Some of these signals are used by most dogs, while other dogs have an incredibly rich ‘vocabulary’,” she writes. “It varies dog by dog.”

It’s important to observe when, how, and what prompts your dog to lick their lips, as it may indicate anxiety or stress. Every dog will be different, but with some time and observation,  you’ll read their messages loud and clear. 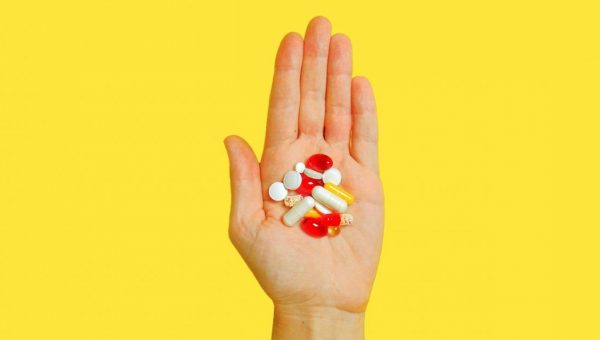