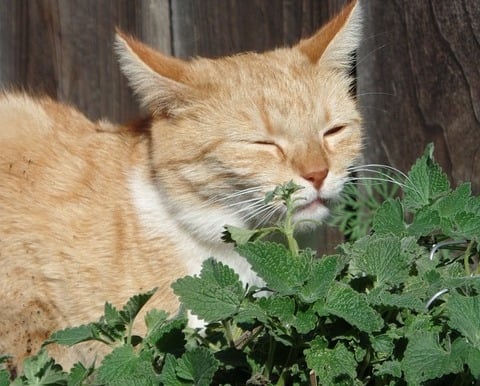 If your household has members of both the feline and canine persuasion, it’s likely that they spend a good amount of time either ignoring one another or playing with one another. If you’re lucky to have the latter, you’ve probably noticed pup and kit sharing toys–which is super cute but seeing as dogs have a tendency to chew, or destroy, toys leads one to wonder…is catnip, present in so many kitty toys, safe for dogs? 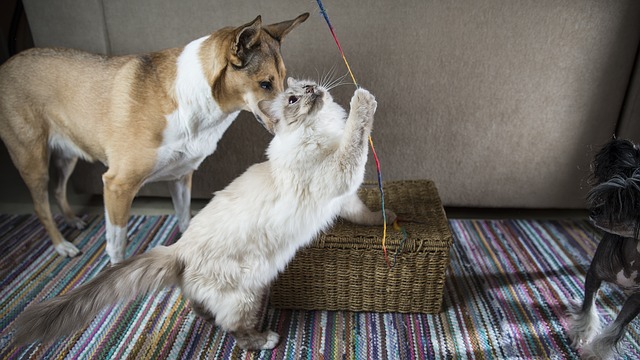 Catnip is an herb in the mint family. Catnip produces a chemical called nepetalactone, which coats its stems, leaves, and seed pods and is the “active ingredient” in cat delirium. The reason this is included in some cat toys is that the chemical acts as a natural mood enhancer for your cat. While most cats will experience just a happy, mellow buzz, some might start acting up as it can lead to them getting a bit overexcited. However, around 40 percent of kitties aren’t affected by it at all. The buzz extends to big cats as well, with both wild and captive big cats–from leopards and tigers to lions and cougars–responding to catnip in the wild with the same verve as your sweet Cleo does.

Catnip was also once (and still is) a popular base for tea, with imbibers claiming a calming effect. The herb has been used for thousands of years as a folk remedy to soothe everything from colic and gas to toothaches and PMS. While one famous 1969 study in the Journal of the American Medical Association claimed catnip, when smoked, provided a marijuana-like intoxication, it was quickly disproven. As New Scientist notes in an article on catnip, “Humans seeking a high by smoking catnip will be sorely disappointed.” (Sorry.)

Nepetalactone has also shown itself to be an effective natural insect repellent. One Iowa State University study on mosquitos, reported in Chemical and Engineering News, noted “it took 10 times as much DEET to produce the same repellent effect as nepetalactone.” 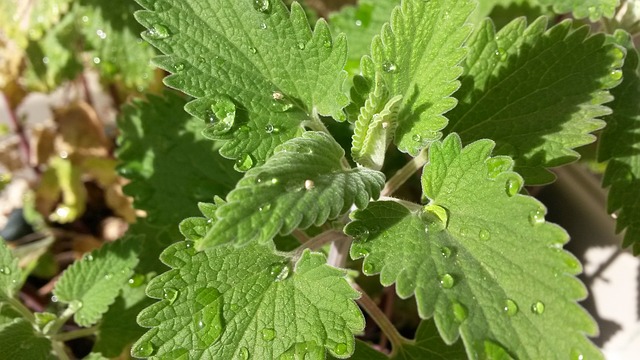 Is Catnip Safe for Dogs?

Yes! Not only is catnip safe for dogs, it is also good for them! Catnip contains vitamins C and E, magnesium, flavonoids (phytonutrients), tannins, and essential oils. Like cats, some dogs don’t respond to catnip but for the ones who do, catnip has the opposite effect that it has with cats. With dogs, catnip acts as a mild sedative and can help with a variety of issues.

Nerves: If your pooch gets nervous at the vet or groomer, try giving her some catnip about 30 minutes before her appointment (see below for tips on how to do this). “It calms them down,” holistic veterinarian Dr. Randy Kidd, tells Animal Wellness magazine. “Some dogs don’t respond, but the ones that do become more relaxed, calmer.”

Bad Belly: Catnip can also come to the rescue of pooches suffering from tummy troubles. These include everything from indigestion (sort of like how mint tea is good for the human belly) to nausea and motion sickness.

Sleep: Because it acts as a sedative, catnip can help with sleep. If you have a pooch who keeps you up at night, catnip given before bedtime for a short period of time could help to regulate his sleep patterns, getting him to a place where everyone can sleep the whole night through.

Antiseptic: Catnip can also be used as a natural antiseptic because it contains both antibacterial and healing properties. If you, your pup, or kitty have a minor scrape, rub some fresh catnip on it!

Flea prevention: In addition to repelling mosquitos, catnip has also proven to be a reliable flea deterrent for both dogs and cats. Planting catnip around your house will deter fleas in the outdoor environment while indoors, catnip can be used directly on your pets’ beds and play areas. There is some evidence that catnip oil can also be used as a topical flea treatment but due to the fact that many oils are toxic to cats, you would want to consult with a veterinarian on a mixture that would be safe and non-toxic for both your cats and dogs. 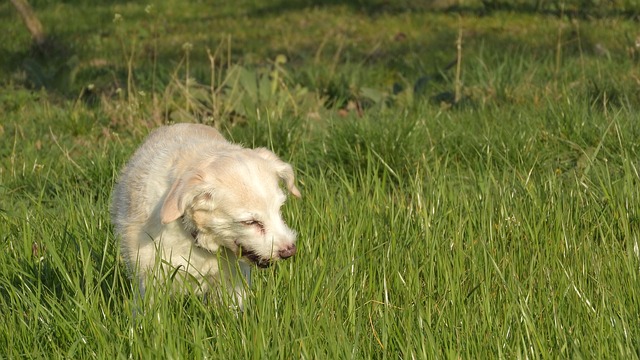 How Do I Give Catnip to My Dog?

First, remember that while catnip isn’t bad for your dog, it’s not meant as a daily “supplement” either. If you are looking to calm your pooch during fourth of July fireworks or before a vet visit, sprinkle up to ½ teaspoon of dried catnip on his food. Another idea is adding a few fresh leaves into his drinking water, which can be particularly effective for getting catnip into a pooch who may be dehydrated or suffering from a bit of a belly ache.