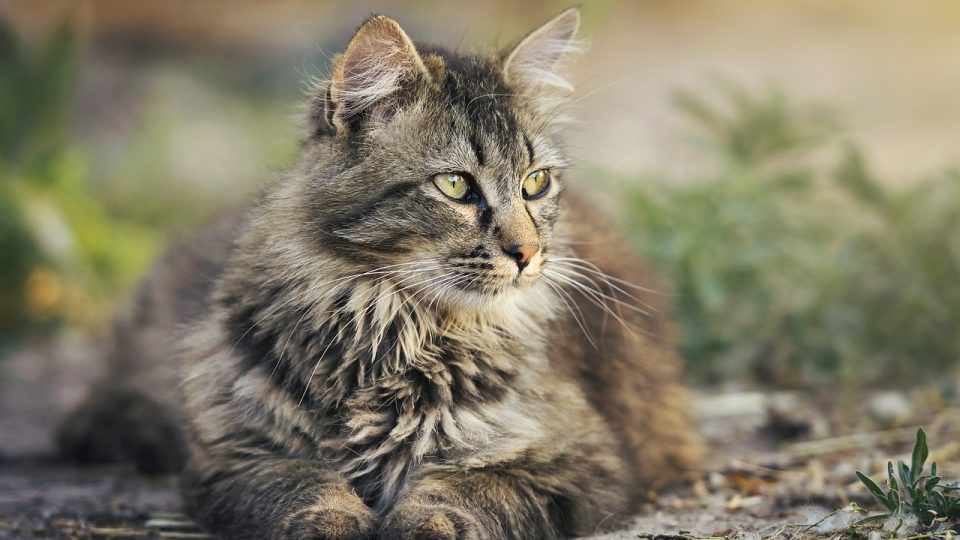 A mainstay with many of our meals, rice is the perfect grain that fills us up while providing a wide variety of health benefits along the way. Whether you’re adding it in a giant burrito, or keeping it simple as a side of your protein, rice is used all over the world as a much-needed food staple. Even though rice is common in our diets, is it safe for our feline family members?

Due to cats being obligate carnivores, their digestive system may have different feelings about rice. Cats when cats eat human food, especially carbohydrates, there are sometimes unintended side effects. Many human foods are beneficial to a cat’s daily diet, while others not only cause issues in the moment but might have lasting effects.

Here is what you need to know about whether cats can eat rice.

Sometimes white rice gets a bad rap. However, experts have shown that both white and brown rice has some amazing health benefits, depending on what nutrients you are looking for in your diet.

In fact, white and brown rice are usually the same exact rice. White rice has the hull, bran, and germ removed, while brown rice has those still intact. When rice is in its full form, it is considered a “whole grain.” Whole grains are filled with antioxidants and fiber that make up a healthy, well-rounded diet.

When brown rice is processed into white rice, it is often considered “empty calories” as it lacks nutritional value. However, in many countries including the US, white rice is often enriched with vitamins and minerals like iron and folic acid, often at a higher count than brown rice. 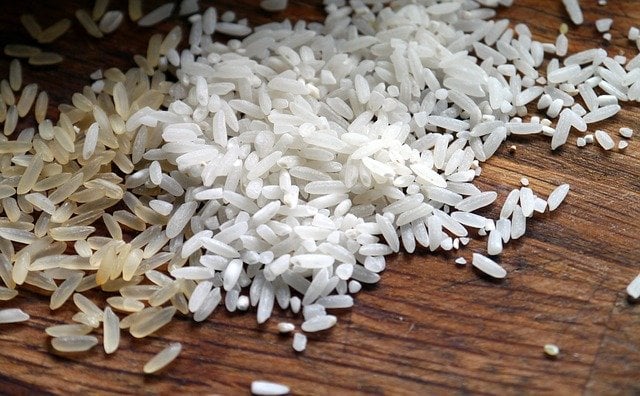 In regards to rice, the short answer is “Some is okay, but not too much.” Rice is non-toxic to cats, but it also isn’t particularly beneficial either. Rice is not on the ASPCA list of toxic foods, so it’s safe if they have an occasional bite or two, but it shouldn’t be a meal replacement as it lacks the necessary ingredients for feline health. Cats are obligate omnivores, so unlike a human omnivore diet, cat bodies aren’t designed to digest grains regularly.

“As a rule, cats are obligate carnivores and have no metabolic/nutritional need for carbohydrates,” Gary Richter, DVM, owner and medical director of Montclair Veterinary Hospital in Oakland, California and Holistic Veterinary Care tells Rover, “Small amounts of grains can be OK in a balanced diet, but they should be kept to a minimum.”

Cats like certain sizes and textures of foods. Rice is okay to give in small doses, but other whole grains, like oats, barley, and whole-wheat breadcrumbs might be better. These smaller pieces are easier for a cat to digest and hold more nutritional benefits, according to PetMD.

In small infrequent doses, it is OK to give brown rice as an occasional treat. Boiled and plain, rice has also been used as a recommendation by veterinarians to combat diarrhea issues. Fiber, which is high in brown rice, is also a tool used to help with constipation as well. 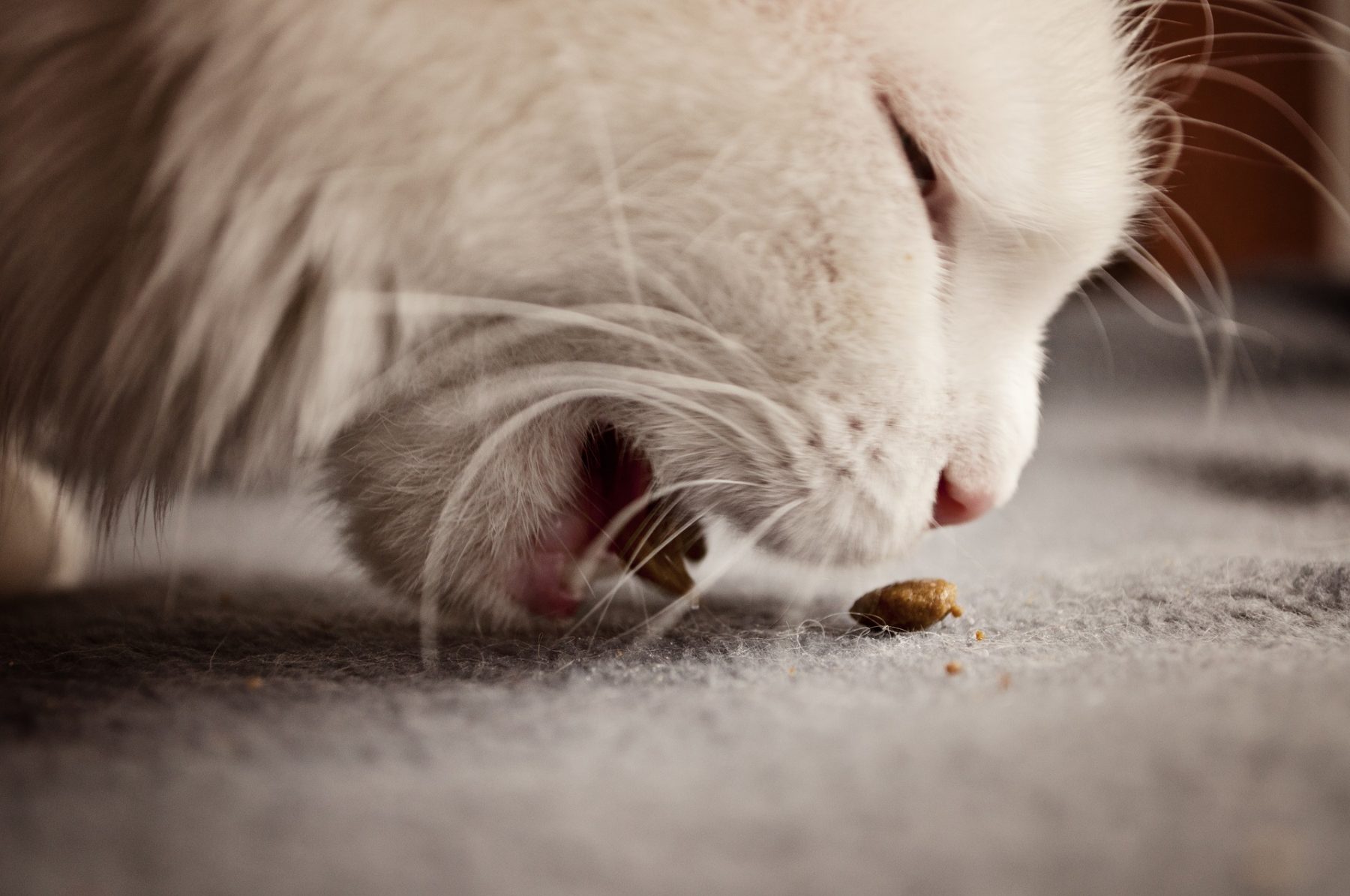 With both, however, feeding too many carbohydrates will lead to feline obesity or diabetes. Raising their blood sugar levels with carbohydrates on a frequent basis will create many long term health issues.

According to Cornell University College of Veterinary Medicine, symptoms of feline diabetes include:

Contact your veterinarian as soon as you notice these symptoms as it may be the beginning signs of diabetes.

If you’re worried about your cat’s carbohydrate intake in general, consider checking the packages. Some cat treats may have excess amounts of sugar and carbohydrates.

If you’d like to experiment with some alternative treats instead of rice, consider vegetables. “Pet owners can always try to give vegetables to cats in food or treats. Not all will eat them,” Dr. Richter says. “There certainly are good nutrients in vegetables when part of a balanced meal.”

Even though vegetables can be beneficial to a cat’s diet, fruit is a different story. Due to their high carbohydrate and sugar content, veggies are a better option out of the two. However, never replace a significant portion of your cat’s meals with veggies as they’ll miss out on vital nutrients. 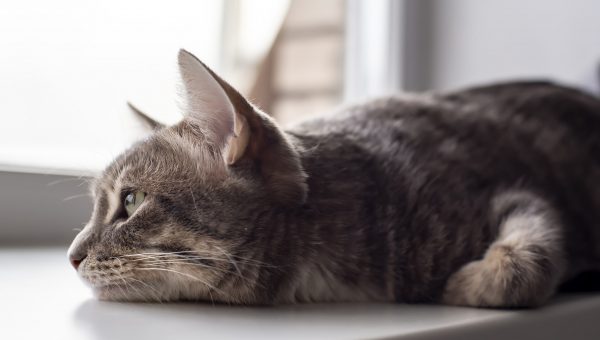