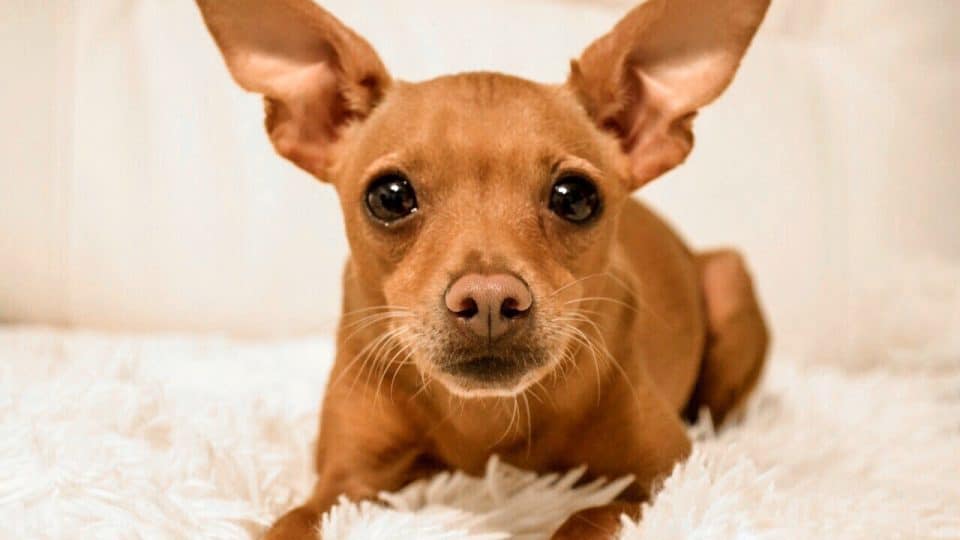 Have you ever spent the vast majority of your life wondering about weird dog names? Say, maybe the weirdest dog names in existence? Historically, most humans have.

One could argue that Bighead is the opposite of a weird name: Bighead is a dog whose head is big. However, I’ve never come across another dog named Bighead, so I’m going to count this as an unusual name. Bighead is an adorable Staffordshire Bull Terrier who lives in Los Angeles. His favorite activities are sleeping and showing off his magnificent tongue.

Lockjaw is a Puggle (a cross between a Pug and a Beagle) with a truly impressive underbite and a name to match. Also known as Jaws, Lockjaw enjoys walks and playing with his alligator toy.

Buddy Cruiser is a very cool Corgi mix who lives in southern California. He loves to go on adventures, and spends a lot of time at the park, at the beach, and playing with his tennis ball.

Part dog and part style icon, The Chooch is something of a legend around Los Angeles. Her owner, comedian and podcaster Jackie Johnson, originally named her Priscilla Pearl, but soon began calling her Chooch, a portmanteau of “chill” and “pooch.” The name just fit, as Chooch is truly the chillest dog around.

Nowadays, Chooch is her legal name. Chooch enjoys hanging out by the pool and having her tail admired by passersby.

His owner, writer and podcaster Molly McAleer, is the self-proclaimed Queen of Glendale, and often takes Wagandstuff (commonly shortened to “Wags”) along when she is out about town.

Future shares an Instagram with his sister, Luna, and enjoys the finer things in life, like belly rubs, peanut butter treats, and walks to the dog park.

Future and Luna’s Instagram also features a host of other dog friends, making it a must-follow.

At 14 years old, Grampa is now a senior citizen, but his name has been Grampa since he was a tiny puppy.

The name just fit (and yes, it’s spelled Grampa, not Grandpa). Grampa has one eye, loves to fart, and is an overall very good boy. He lives with his owners, Dave and Abby, and his two human sisters.

Ficus Newton is a Cocker Spaniel mix with a coat that can only be described as enviable.

He enjoys going on walks and spending time with his cat sister, Hana.

On his Instagram, Beauregard Bosch explains that he looks like a Rhodesian Ridgeback, but is, in fact, a Pit Bull/Collie/Chow/ Bulldog/ Rottweiler/St. Bernard mix (according to his DNA test). Bosch has a great life. He spends most of his time hanging out with his parents (podcaster Matt Mira and podcaster/ writer Doree Shafrir), taking naps, and going on hikes.

Flamin’ Hot Cheeto: This is not a real dog, but rather a dog that I really want to exist. I searched multiple variations of the question “is there a dog named Flamin’ Hot Cheeto?” but failed to find one. Please let me know if you come across such a dog.

Come to think of it, once you go down the food route, the unusual dog names’ potential grows exponentially. Rhubarb? Broccoli? Eggroll?

But we digress. What’s your dog’s name story?

Allegra Ringo is a writer and podcaster from Costa Mesa, CA. She cohosts the podcast Can I Pet Your Dog?, and writes about dogs all over the internet. She has a dog named Pistachio and a cat named Rick, and she loves popcorn. 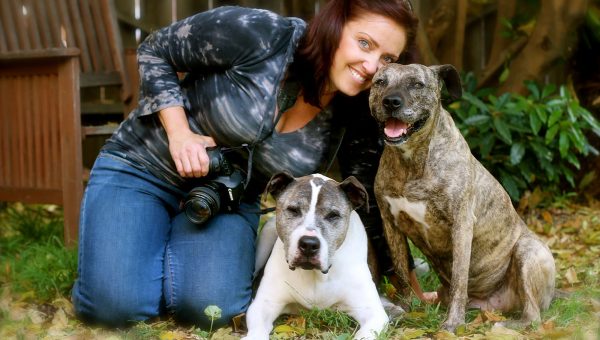