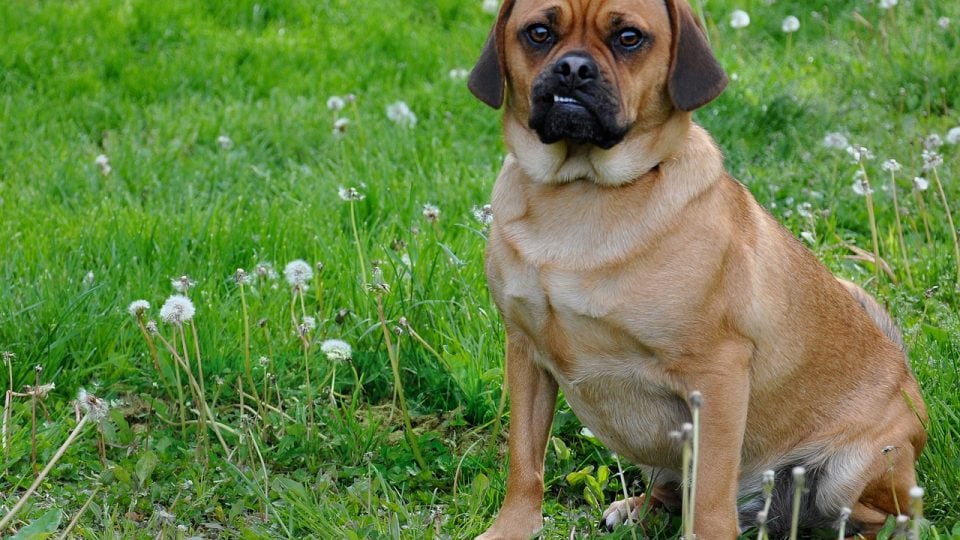 What’s a puggle? No, it’s not just another cute name for pugs—it’s a crossbreed between pugs and beagles.

The puggle is a relatively new type of dog, first bred back in the 1990s by Wallace Havens in Wisconsin. The parents have to be a male pug and a female beagle as there are myriad health complications that arise when the male dog is larger than the female dog.

They’re so new that the AKC and other official breed registries don’t actually consider puggles their own breed. But regardless of whether they’re official or not, puggle owners are fierce advocates for their beloved dogs. Here are just a few things puggle owners know and love about their pets.

1. You never know which traits you’re going to get 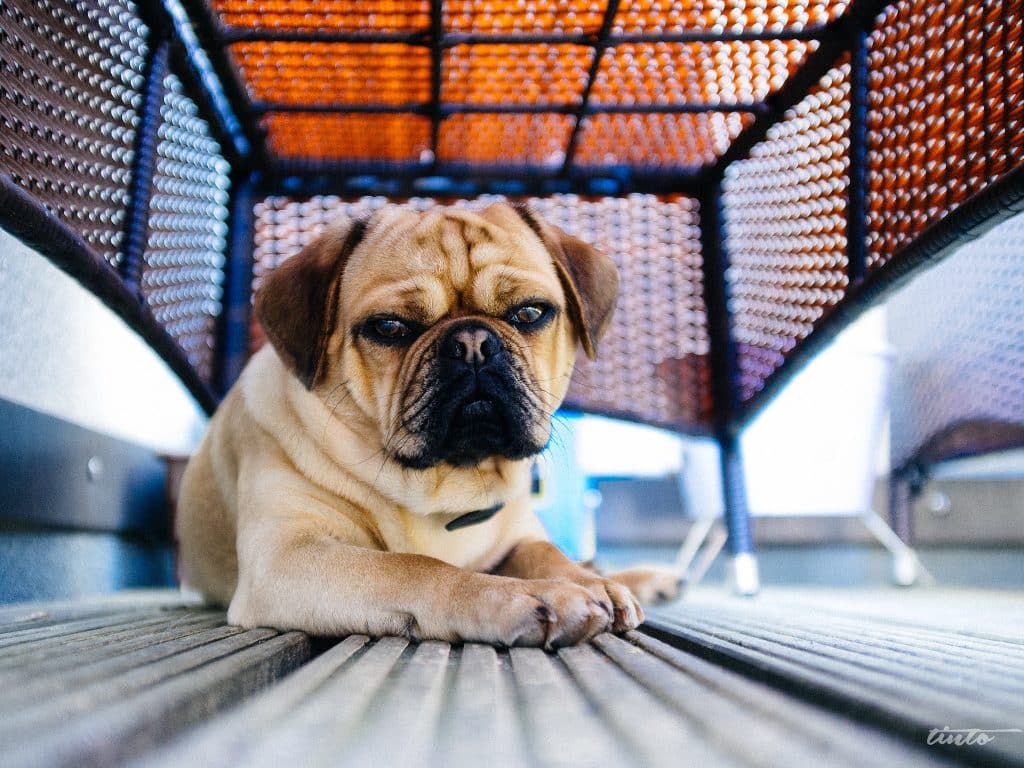 Will your puggle be a howler like a beagle, or happy to hang around the house like a pug? You never know with crossbreeds like the puggle, and you never know what kind of personality you’re going to get—which is just how puggle owners like it.

The short shiny coat comes from the beagle. Despite their relatively short hair, the puggle will happily shed enough to supply you with a whole other dog’s worth of fur. Make sure you give them a good weekly brushing.

Though a Puggle has a longer snout, they share this characteristic with other flat-faced dogs. And snoring is a particularly common pug characteristic. And, when they snore, do they snore.

Puggle owners just have to get used to the noise.

These are some very good dogs. They’re affectionate and gentle and they don’t enjoy conflict, so they respond best to positive training techniques.

5. But they can be stubborn

Is the beagle known for its obedience? Not exactly. How about the pug? Nope. So when you combine the two, you’re liable to get a particularly strong-headed pet. Patience and persistence are going to be key to training this willful pup.

The pug and the beagle are both known for their proclivity for food—and their tendency to eat to excess—so puggle owners know to stick to feeding schedules and low-calorie or minimal treats for their pets.

A good day for a puggle includes lots of interaction with their favorite humans, and even a few strangers, too. They’re naturally sociable dogs, and they especially love to cuddle.

8. They’re friendly with other dogs, too

While every dog is unique, puggle owners typically work very hard to get their dogs to enjoy the company of other dogs. Which is great, because they’ll need a friend to run off all their meals with.

Puggles live the average amount for a medium-sized dog, about 10-15 years, and are pretty healthy, but come with a few of the pug’s health issues. Flat-faced dogs can be at risk during high heat and humidity, and can have trouble breathing with too much exertion.

They suffer from some eye conditions, among them “cherry eye” and “progressive retinal atrophy.” In the former, the third eyelid’s glands moves and can become uncomfortable. It can get easily irritated and cause infections. (Antibiotics can help and in extreme cases, minor surgery may help).

With PRA—a collection of hereditary and genetic set of issues that affect the eyes—the dog will have a harder time seeing especially in the dark or at night. If they start running into the furniture, you will have a clue that something is wrong.

They also may inherit hip dysplasia, “an abnormal formation of the hip socket,” which can cause arthritis and lameness. It is the most common cause of arthritis in the hips.

Like the pug, they’ve got tons of folds and creases in their body which must be kept clean. They can get skin infections in some of these hard-to-reach places. And, even if there’s no infection, the bacteria and dampness can lead to stinkiness. (a highly technical term!)

As we’ve noted, puggles are charming, stubborn, playful, friendly and outgoing with both people and other animals, and love to cuddle.

About a decade after they became popularized, the New York Times ran a piece about “the dark side of puggle ownership,” which regaled readers with stories of onerous, hyperactive puggles. One owner called her puggle, “Hell on Paws” because her puggle liked to roughhouse.

Who’s the Best Human for a Puggle?

After they began being bred by Wallace Havens, they became what was called “a designer dog.” Some people paid as much as $1500 for them.

And though a puggle is great for just about everyone—families with kids, single urban dwellers—they became sought after by celebrities who began to get puggles for pets. Famous puggle owners include Uma Thurman, Jake Gyllenhaal, Kelly Osbourne, and Sylvester Stallone. The late James Gandolfini (who played Tony Soprano) was a puggle owner.

But you don’t have to be a famous person to own a puggle. You do have to be willing to take that puggle for a good walk during the day. Just make sure it’s not too hot and you have water nearby (thanks, pug)—the exertion that comes with breathing and exercising with a smooshy face (a highly technical term) can make walking difficult. Also, keep in mind: a puggle is not the ideal dog to take running with you.