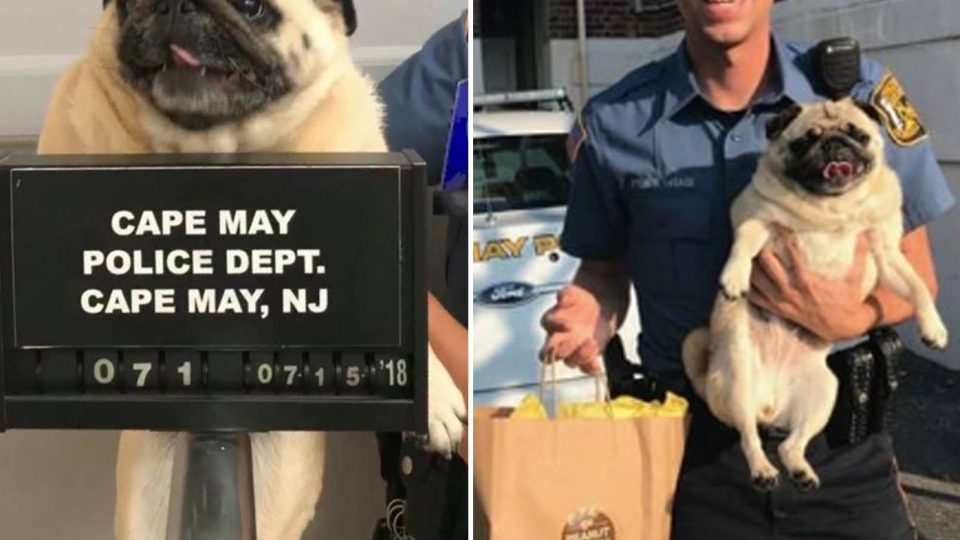 Bean the pug officially has a criminal record. And thanks to the Cape May, New Jersey Police Department’s Facebook page, we all get to enjoy the result of her escapades.

“This is what happens when you run away from home,” the Cape May police posted on July 15 along with Bean’s photo. It quickly went viral. Just look at that face!

“This guy was captured sneaking through yards on the 1300 block on New Jersey Avenue,” the police explained.

They added “#pugmug” to emphasize the seriousness of the charge.

Bean was with the police for several hours before her owner got in touch, thanks to a neighbor notifying her of the police department’s post.

The officers took the opportunity to enjoy Bean’s company while they waited. Can you blame them?

After her owner contacted them, the police announced that Bean had been found and added this adorable post.

“Apparently Bean the Pug paid her bail in cookies!”

The owner, Hadley Hubbard of Baltimore, commented on one of the photos that Bean was safe.

“Thank you to CMPD from Bean the pug’s family for taking such good care of her,” Hubbard wrote. “She is sound asleep at home after an exciting afternoon on the run.”

Photos of Bean the pug via the Cape May Police Department Facebook page.