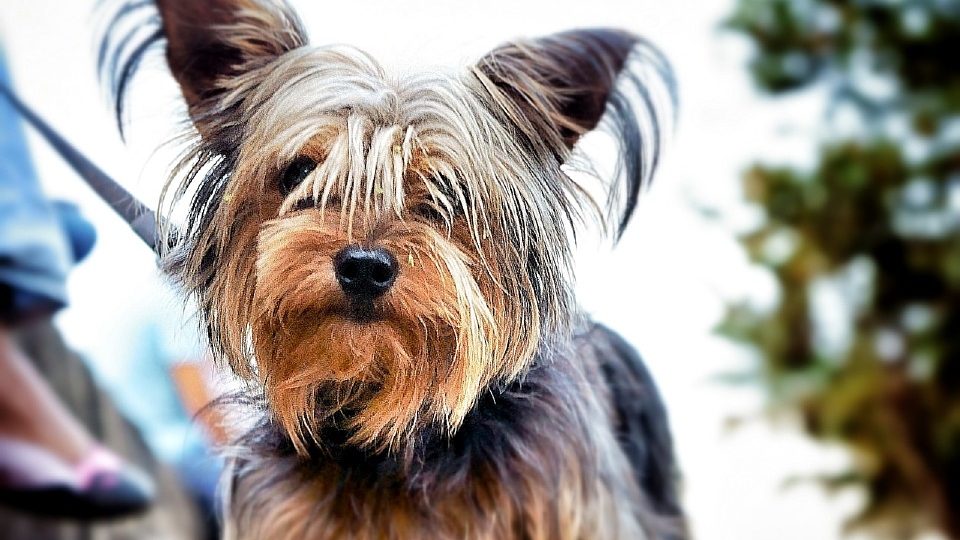 Terriers are popular pets because of their friendly personalities and charming playfulness. Terriers come in a wide variety of shapes, sizes, and temperaments, so it’s a good idea to do some research before deciding on a terrier breed as a pet. Two popular small breeds are the Silky terrier and the Yorkshire terrier. They look a lot alike—so what’s the difference?

If you’re trying to choose between them this article will help you decide which one may be the best fit for you and your lifestyle. 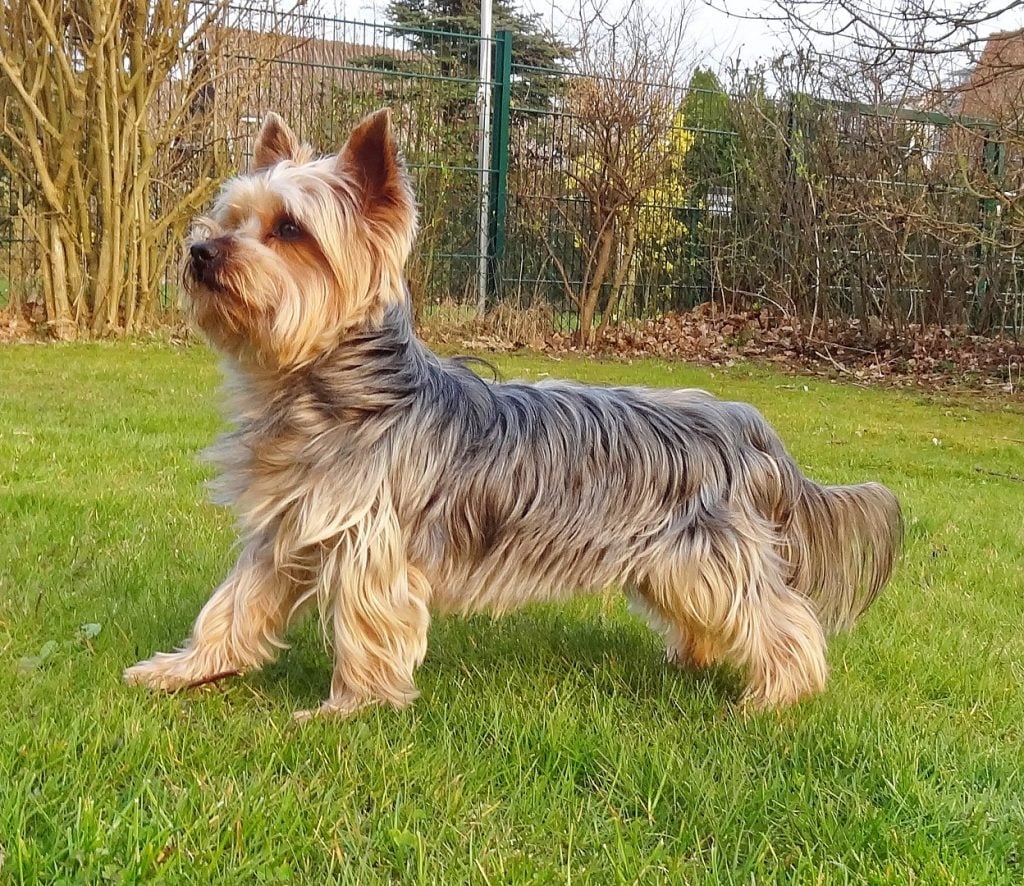 Yorkshire terriers are named after the area in which they were first introduced: Yorkshire in the United Kingdom. During the Industrial Revolution in the mid-1800s, Scottish workers arrived in Northern England in droves looking for work and they brought a variety of small terrier breeds with them as companions.

It’s believed that they bred these terriers with English terriers to create what is now known affectionately as the Yorkie. Breeding records were not well kept during this era, but due to their physical characteristics, Yorkies are believed to be a mixture of several terrier breeds including Clydesdale, Paisley, and Skye terriers.

A show dog named Huddersfield Ben was introduced in 1865 and is considered to be the father of the modern Yorkshire terrier.

Silky terriers were first bred in Australia in the early 1900s by combining the native Australian terrier with the imported Yorkshire terrier. Some believe there may be other breeds in their ancestral line including Cairn, Dandie Dinmont, and Skye terriers. (These terrier breeds were also introduced to Australia by English settlers at the time.) 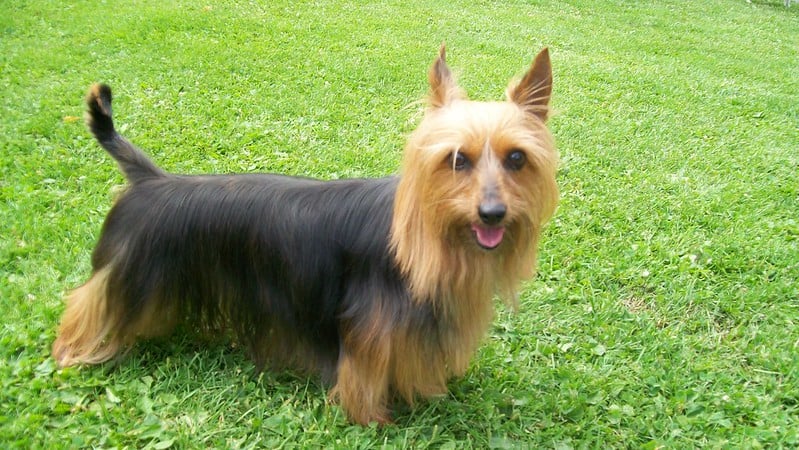 Yorkies are classified as toy dogs and usually weigh in between 4 and 7 pounds and stand around 8 or 9 inches tall. They have distinctive coats that change color as they grow older, making it easy to guess their age based on the hues of their coat.

As puppies, Yorkies sport a black and tan coat that evolves into a beautiful blue and gold coloring as they age. They have fine-boned features giving them a delicate and elegant appearance. Their coats require care and brushing. Fortunately, Yorkies shed little, making them good pets for those with allergies.

Silky terriers are also diminutive but are just slightly larger than the Yorkie, usually standing around 10 inches tall and weighing around 8 to 10 pounds.

True to their name, they have beautiful silky coats that are tan and blue, although puppies may initially have coats that are black. Silkies are known for their pretty almond-shaped eyes and small, wedge-shaped head. Like the Yorkie, they’re a low-shed dog but require daily brushing to keep their coat from getting matted and tangled.

Yorkies are known for their intelligence and adventurousness. They’re very loving to family and friends and can be overprotective of their humans. If not for their small size, they would be excellent guard dogs, as they bark at strangers and other perceived threats.

It’s a good idea to start Yorkie training early to keep this tendency under control. Yorkies are both competitive and self-reliant. While fine with older children, they may not be the best choice for a household with toddlers and younger children. Yorkies were originally used as “ratters” in factories and thus have an excitable prey drive. 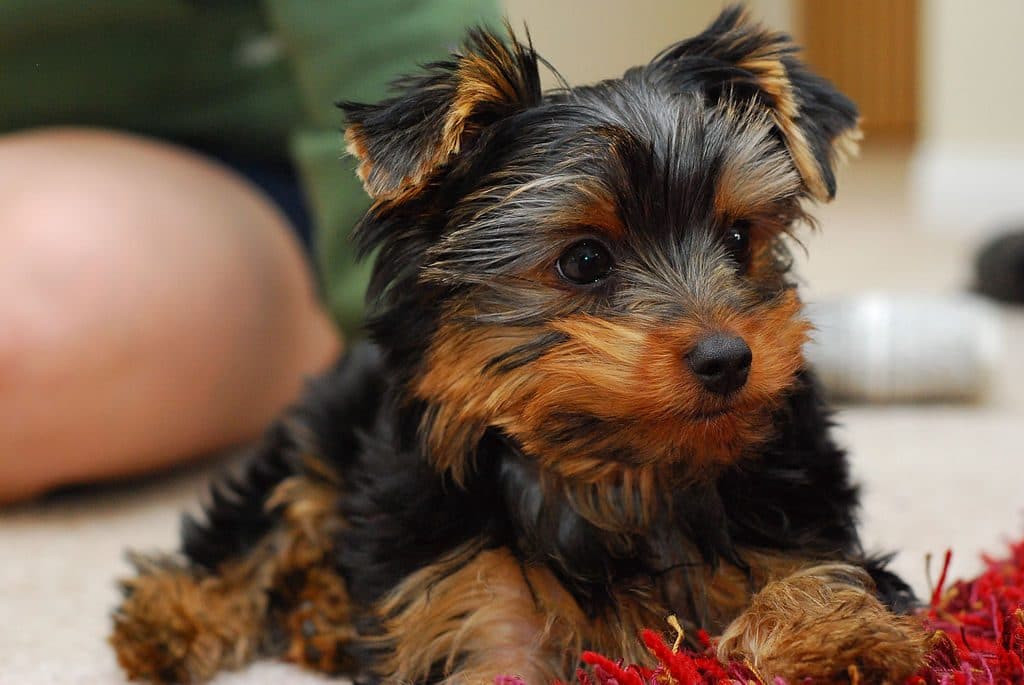 Silky terriers are also friendly, high-energy dogs. They tend to be loyal and affectionate and can get anxious and make mischief if left to their own devices for too long. Crate training is recommended for the Silky.

While they get along well with other dogs when raised together, Silky terriers can become territorial over treats and food, and often try to dominate dogs of the same gender. Similar to Yorkies, they will do best in a home with children 10 and up. They also have an instinctive prey drive so it’s best that they don’t cohabitate with other animals such as cats and hamsters.

Silky terriers will bark at perceived threats, including noises, other animals, and people. Teaching a “quiet” command is highly recommended. 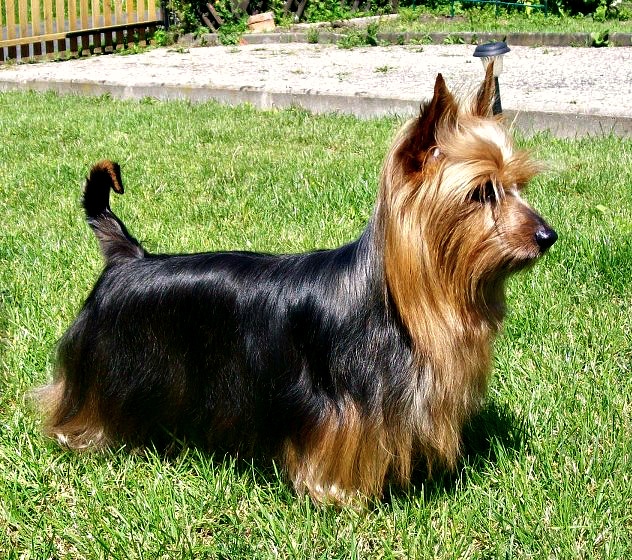 Despite their small size, Yorkies are high-energy and need moderate daily exercise. Ideally, they should be walked twice per day for 15 to 20 minutes at a moderate to brisk pace.

More intense exercise is recommended at least once per week—either a good run in a backyard or dog park or playing fetch. Yorkies are natural competitors and do well with agility work.

Silky terriers are great apartment or condo dogs as they crave human companionship and want nothing more than to be by their pet parent’s side. But while they’re most definitely indoor dogs, they need daily exercise and mental stimulation.

Whether it be a walk, a hike, or a quick game of fetch or tug-of-war in the living room, the daily activity will keep them in great shape and allow them to release pent-up energy. 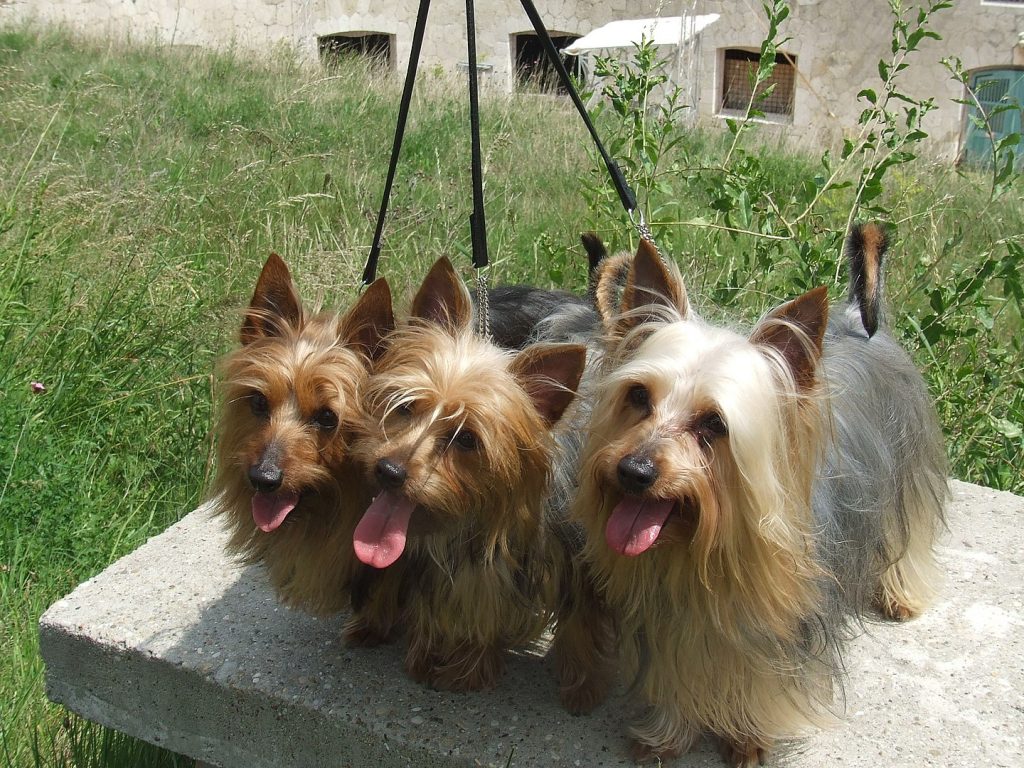 Yorkies are one of the most popular breeds in the U.S. In fact, they’re ranked as the tenth most popular by the American Kennel Club.

Silky terriers were very popular at one point, ranked at #29 in 2006. However, they’re now ranked at #112. As an Australian breed, they’re best known in their home country.

The truth is, these two breeds are quite similar.

Both lovely breeds are intelligent, affectionate, and high-energy. They require affection, attention, and regular grooming (like all dogs, really!) but will give lots of love and loyalty in return.