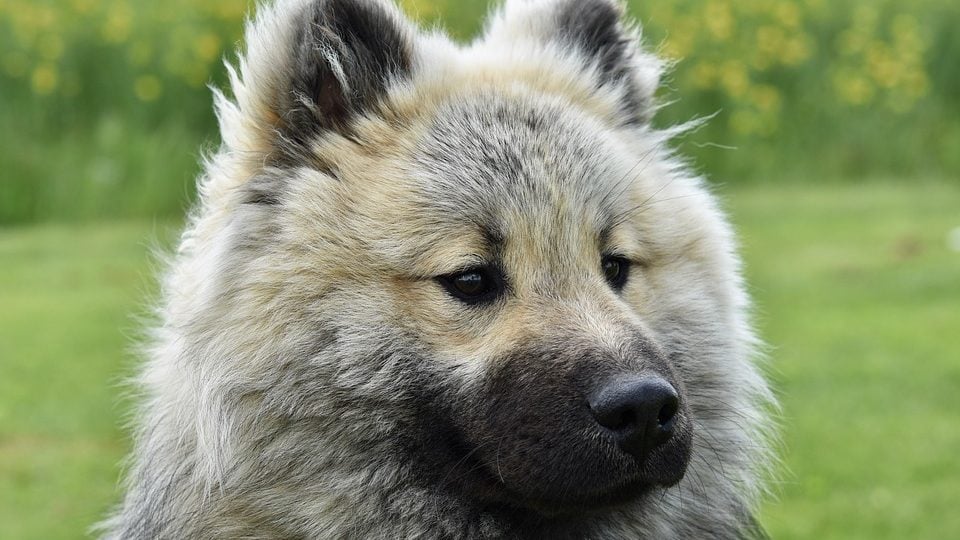 Despite descending from wolves, modern dog breeds come in all shapes and sizes. Some even look like completely different animals—Shiba Inus like foxes, for instance, or Siberian huskies like wolves. And then there are these big, fluffy dog breeds, who carry a striking resemblance to bears from teddy bears to grizzlies. Prepare to fall in love with the most famous dogs that look bears, along with a few lesser-known breeds. 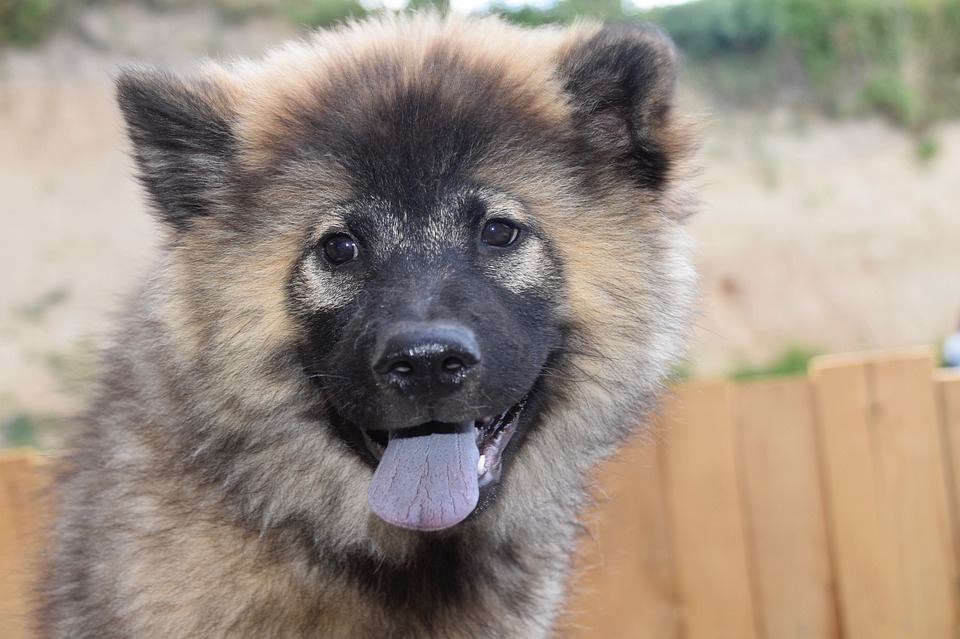 Named for its European and Asian heritage, the Eurasier was the result of crossing a chow chow, “wolfspitz,” and Samoyed. German dog enthusiast Julius Wipfel was inspired by his intelligent, independent spitz dog to create this new bear-like breed.

True to their origins, Eurasiers are smart, beautiful dogs that make family pets, though they’re often aloof towards strangers. Known to be even-tempered and generally calm, they stand up to 24 inches tall and weigh anywhere between 40 and 70 pounds. Their bear-like faces are even more noticeable as puppies, but even adult Eurasiers are affectionately nicknamed “bears.” 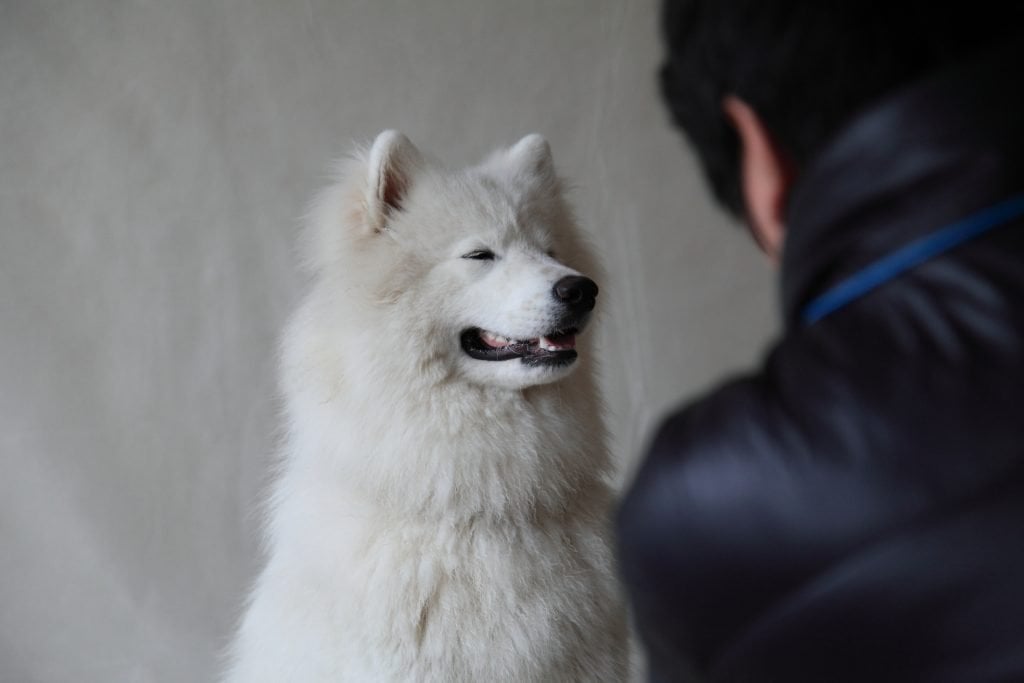 Dogs that look like bears? Try polar bears! Samoyeds are an ancient spitz breed that hails from frigid northern Russia. Traditionally, these all-white dogs were used to herd reindeer and pull sleds for the nomadic indigenous peoples of the region. They’re striking dogs that look like polar bears as puppies.

Samoyeds are noted for their family-friendly demeanor and luxurious fur, which has been compared to angora in softness and warmth. You’ll need a committed grooming routine for these extremely fluffy puppers. 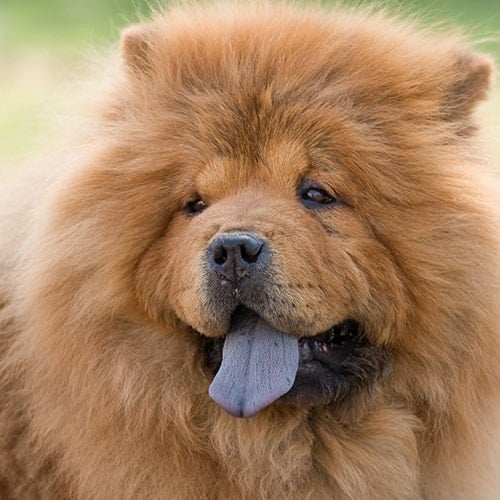 The chow may be one of the world’s oldest breeds. They’re featured in artifacts dating back to 150 B.C., in fact! This bread started off as companions to Chinese nobles in the Han and Tang Dynasties. Despite their noble origins, chow chows eventually became as common on farms and hunting expeditions as they were in court. They were reliable work dogs who excelled at guarding, hauling, and hunting. In the late 1800s, Queen Victoria introduced this breed to the rest of the world, reigniting their popularity as companions.

Standing up to 20 inches tall at the shoulder and weighing up to 70 pounds, chows are dignified and serious by nature, true to their aristocratic heritage. Although they are aloof toward strangers, chows are loyal and loving to their families and fastidiously clean by nature. They can be stubborn and require good early socialization and training. 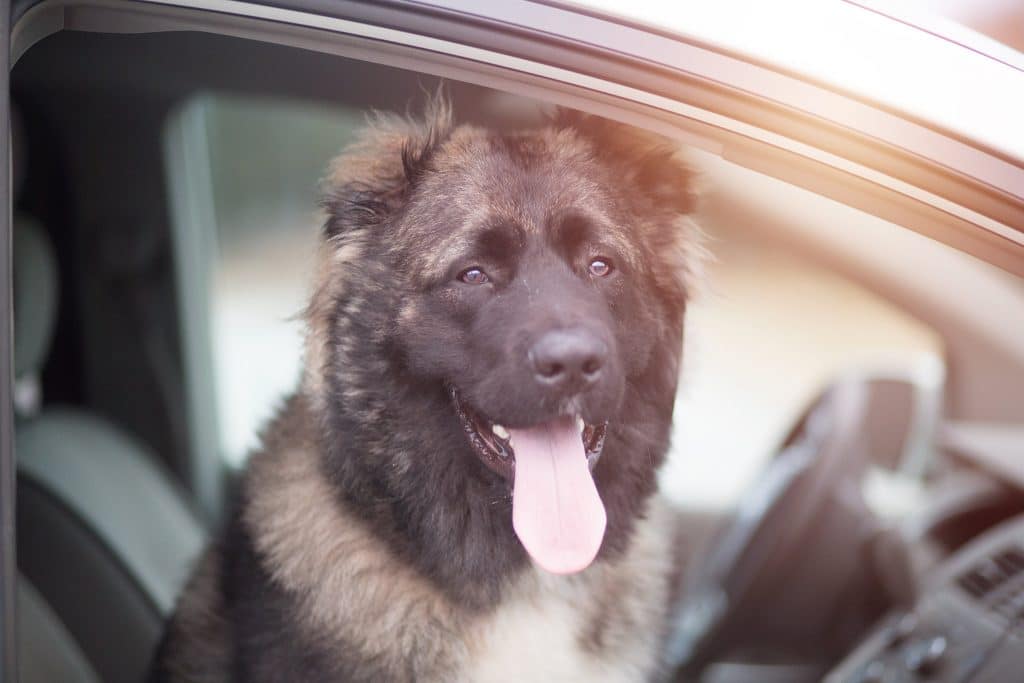 Named after the Kavkaz (Caucasus) mountains of Eastern Europe, these enormous dogs that look like bears really ARE close to the size of a small bear! They were guardians of herds and homes in even the harshest of conditions. They date back as far as the first century BC, in the army of the Armenian Tsar Tigran the II, and are favored as fearless, loyal guardians to this day.

Caucasian shepherds not only look like bears—they’re nearly the size of bears, too. Standing at up to 30 inches at the shoulder and weighing up to 170 pounds, these massive dogs are natural watchdogs. They’re fiercely loyal to their families—loving and kind to them—while remaining confident and fearless toward any perceived threat. These big, tough dogs are not a good fit for first-time owners or city dwellers. 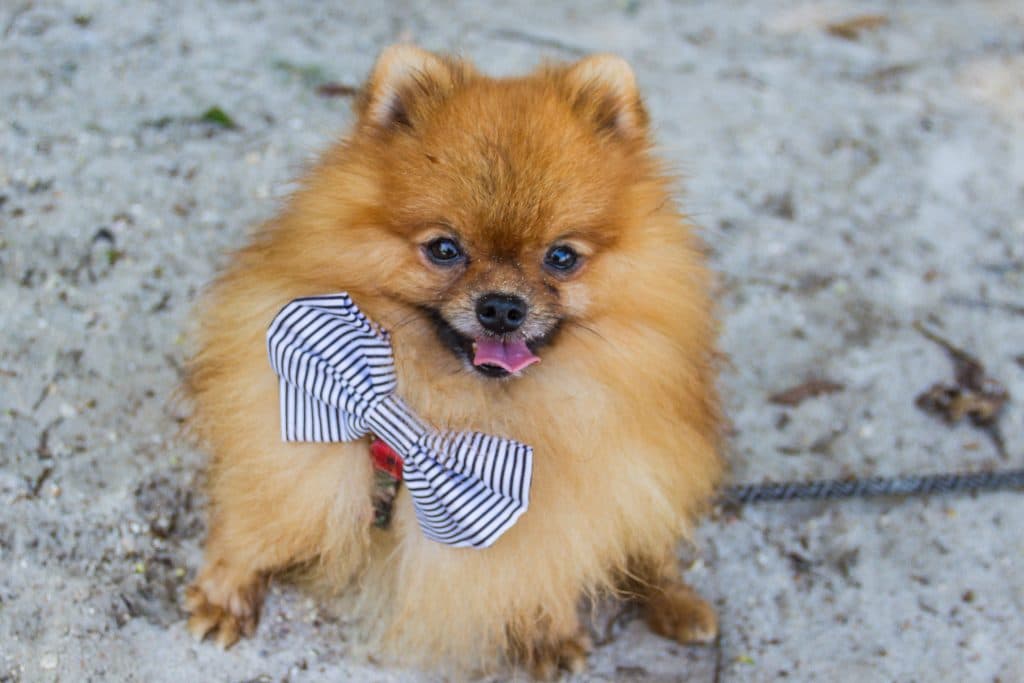 Unlike many of the other dogs on this list, Pomeranians are pint-sized at just seven inches tall and weighing in at only three to seven pounds. With their rounded ears and an impressive ruff of fur, Pomeranians resemble teddy bears more than traditional bears.

These petite pups are one of the most popular toy breeds and are energetic, confident, and curious by nature. Named after Pomerania, now part of western Germany and Poland, these dogs were bred from much larger sled dogs and found their calling as loving companions. Some of the most notable Pom owners include Queen Victoria, Wolfgang Amadeus Mozart, and Marie Antoinette. 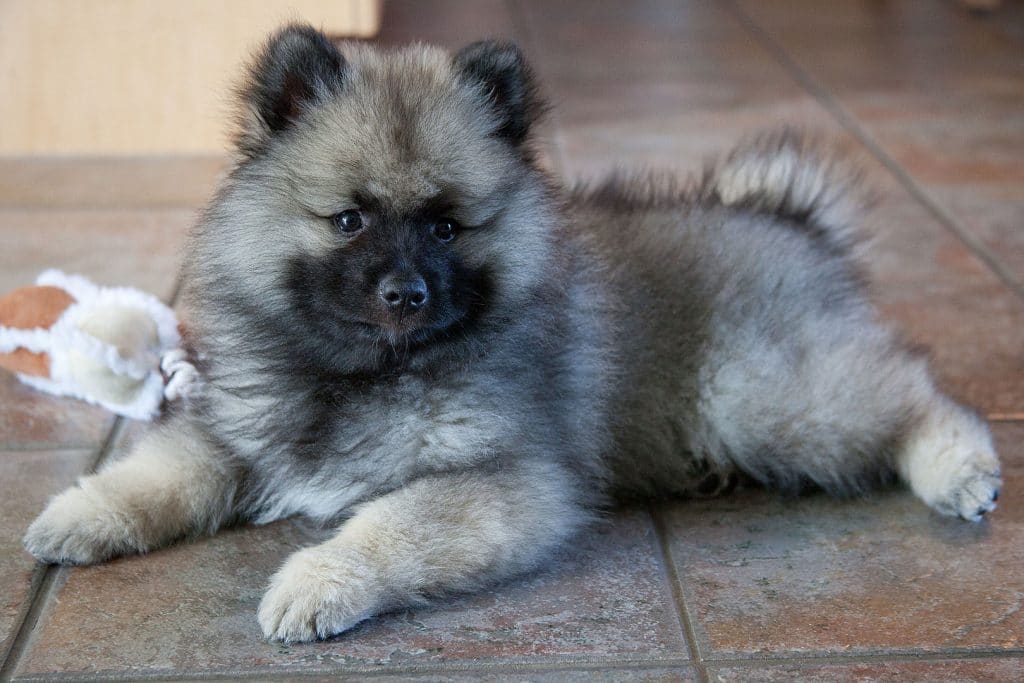 Nicknamed the “people’s dog,” the keeshond acted as both guard and companion on early Dutch vessels. They became the symbol of the Dutch Patriots Party in the 18th century, where they earned their name—either from the Patriot leader Kees de Gyselaer or his dog, Kees.

Like the Pomeranian, the keeshond resembles a teddy bear more than an actual bear at up to 18 inches tall and up to 45 pounds in weight. They’re friendly, energetic, intelligent, and easy to train. One of their most noticeable characteristics is the unique “spectacles” marking around the eyes. 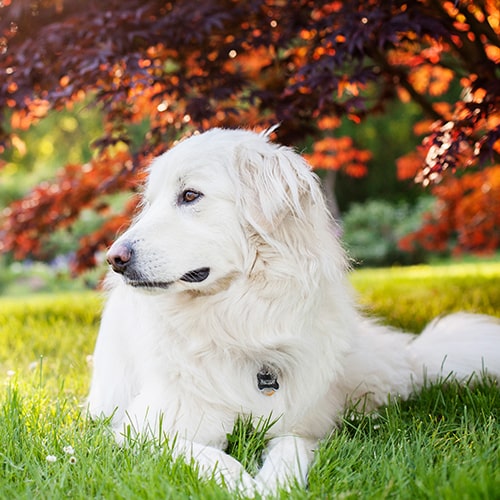 Although these dogs might look like mighty polar bears at first glance, Great Pyrenees are gentle giants. They can weigh over 100 pounds and stand up to 32 inches tall at the shoulder, but despite their size, these dogs are family-friendly, clever, and calm. They’re loyal companions and patient guardians.

Named after the Pyrenees Mountains between France and Spain, these dogs were bred as herding dogs capable of defending flocks from wolves, bears, and thieves. Their legendary patience was forged by standing guard in the frigid mountains for days at a time, ever watchful. This breed stretches back as far as the Bronze Age, and Pyrs have been loved both as work dogs and as companions, from the rural mountains to the French court. 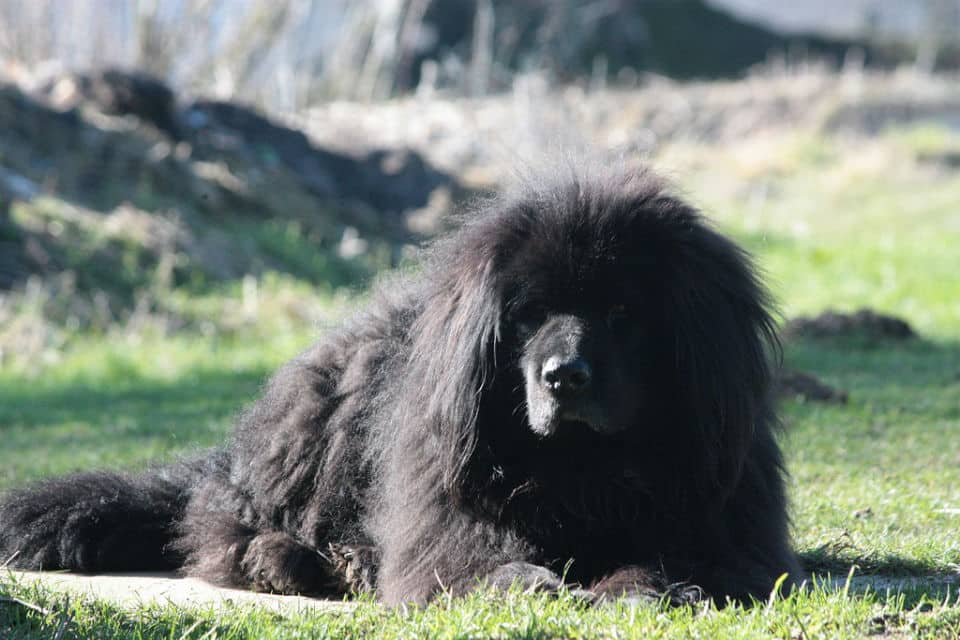 Of all the dogs that look like bears, Newfoundlands may be the sweetest! At up to 150 pounds and 28 inches tall at the shoulder, Newfies are as gentle as they are massive. They’re so patient and kind that they’ve earned the nickname “nanny dogs” for the way they watch over children.

With webbed feet, Newfies are nautical by nature and were bred as working dogs for Canadian fisherman. When they weren’t making heroic rescues from the icy North Atlantic, they earned their keep as deckhands, hauling nets and pulling carts full of fish to market.

Seaman is perhaps one of the most famous Newfoundlands and a perfect example of the brave and loyal nature of the breed. Seaman accompanied Lewis and Clark on their epic trek across the American wilderness. Depicted in ten different monuments, he helped the expedition with hunting, guarding, and even saved lives by chasing a charging buffalo away. 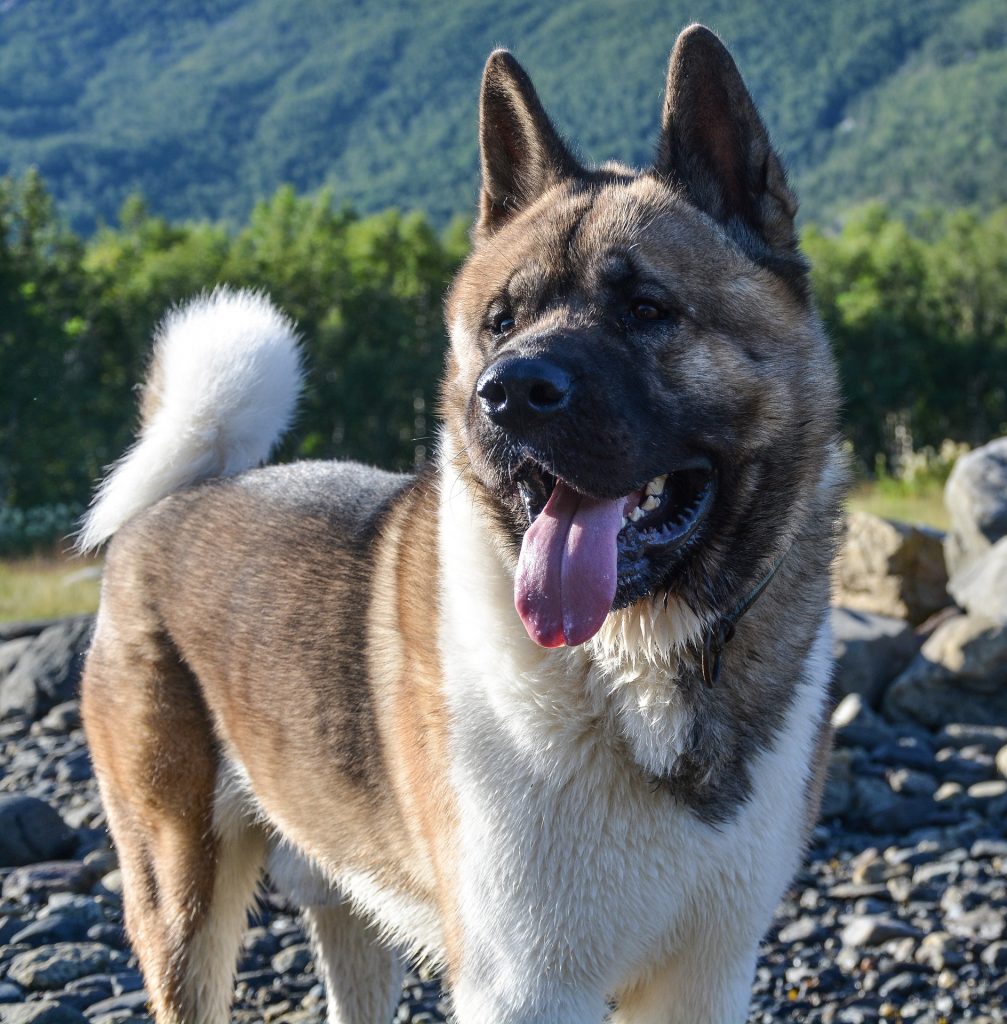 Made famous by Hachiko, the dog that waited at the Shibuya train station for nine years for his deceased owner, Akitas are incredibly loyal. These dignified dogs symbolize happiness and long life in Japanese culture and were bred by nobles to hunt boar, deer, and even bears. Once, only nobles were permitted to own Akitas. Now, they’re loved all over the world.

Akitas weigh up to an impressive 130 pounds and stand up to 28 inches tall at the shoulders, and they are as courageous as they are independent. Although Akitas are naturally wary of strangers, they’re fiercely loyal to their family and thrive on love and affection from those they hold close. Like other “primitive” dog breeds, these dogs need plenty of socialization and training from the start. 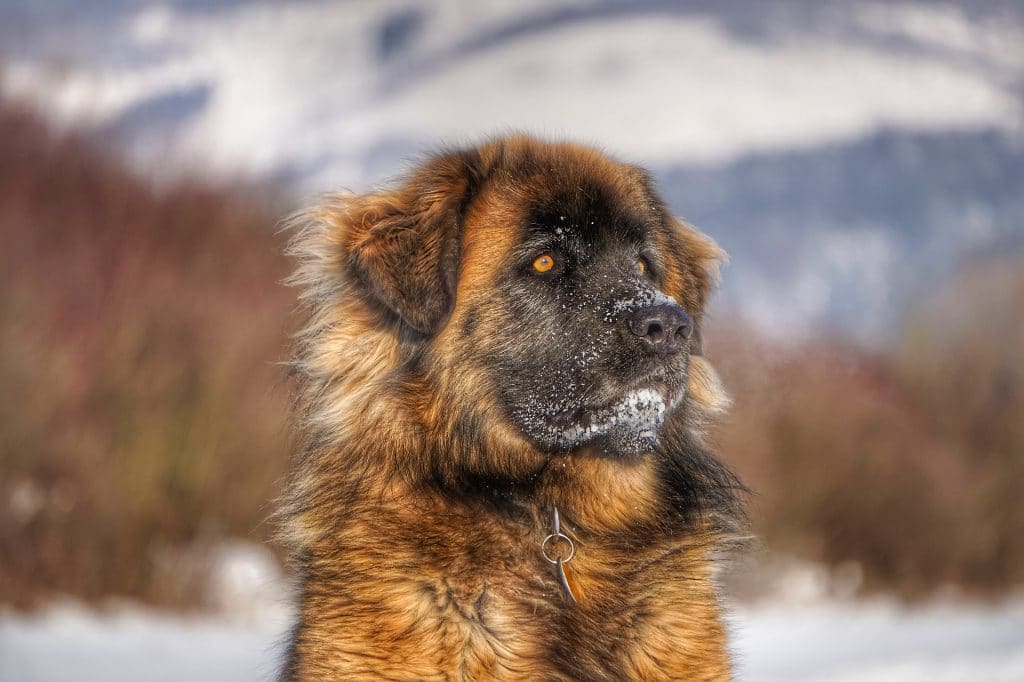 Named after the town of Leonberg in the state of Baden-Württemburg, Germany, Leonbergers were bred primarily as companions. The breed was heralded by Heinrich Essig in the 19th century during his quest for a majestic dog fit for royalty. True to his dream, Leonbergers found homes with Tsar Alexander II, the Prince of Wales (later known as King Edward VII), and Napoleon III. While some Leonbergers enjoyed nobility, others found homes as working dogs on farms and docks. With their impressive size and prowess, Leonbergers were famously good at pulling carts.

Leonbergers may weigh up to 170 pounds and stand up to nearly 32 inches tall at the shoulders, but they are gentle, friendly, and serene by nature. Despite their gentle disposition, Leonbergers do make excellent watchdogs thanks to their careful judgment and keen intelligence.

Although many of these dog breeds may look frighteningly impressive—like the bears they so resemble—all of them have hearts of gold. And if you’re looking to bring a majestic dog into your life with all the looks of forest royalty, many of these incredible breeds and breed mixes can be found in local shelters or from rescues.

Whether you prefer the teddy-bear looks and size of the Pomeranian or the unique and commanding appearance of the chow, every one of these loving dogs will captivate you with their bear-like presence and unique personality.