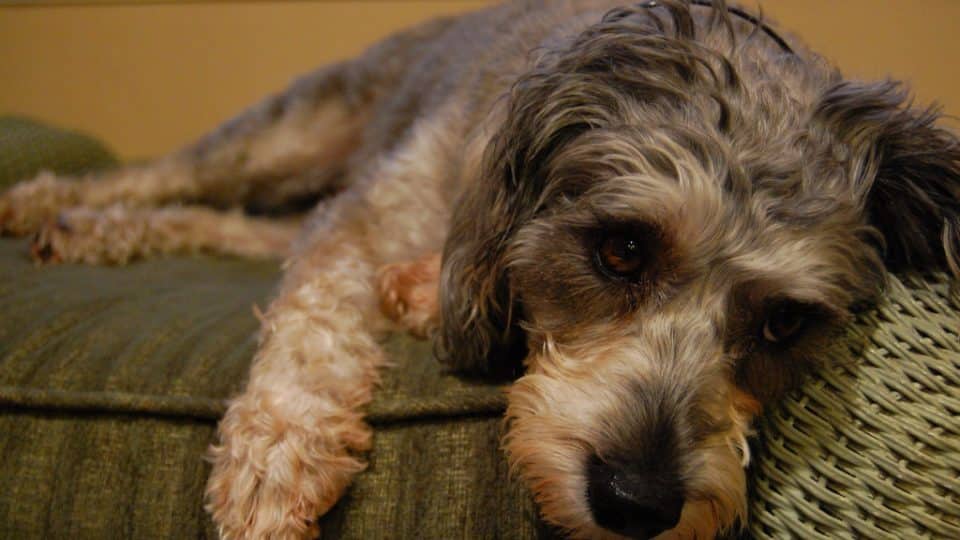 Two dogs that tend to elicit serious loyalty from those who spend time with them: Poodles and Schnauzers. In a genius move, people have been breeding these dogs together to create a mixed breed that’s created its own fanatic fan base. They call this mix the Schnoodle, or Schnoodle doodle if you’re into rhymes.

Breeding lore has it that the Schnoodle has all the protectiveness of the Schnauzer, the smarts of the Poodle, and the kind of looks and personality that make you happy to invite this pet into your forever family.

Here’s what the people who love the high-energy, affectionate Schnoodle know better than anyone.

Although you can get a giant Schnoodle mix of up to 85 lbs (by crossing a standard Poodle with a giant Schnauzer), most Schnoodles stay between 10-20 lbs. So if you’re the type of pet parent who wants to bring your dog to work or just around town, these dogs are small enough to travel pretty much anywhere.

If they’re socialized well from puppyhood, the Schnoodle will have no trouble making friends with anybody. They’re all about enthusiastic cuddles, face licks, and stealing more room than seems physically possible on the bed. Basically, they’re all about love.

There’s not an ounce of hermit in this breed. Schnoodles take to human friends, dog friends, or whoever is willing to give them attention. It might take them a moment to warm up, as the Schnauzer is a known watchdog, but once the Schnoodle knows you’re not a threat, they’ll never let you go.

4. They’re happy to get training

I may not be as chocolate anymore but I’m working my new silver fox fur ??

Their Poodle breeding makes them super smart pets, so they’re happy to learn to do just about anything—as long as you keep it fun and high-energy. Schnoodles really excel at athletic tricks, like jumping through hoops, so don’t be afraid of agility. Try setting up a simple obstacle course in your backyard and running through it with your Schnoodle. Your Schnoodle will love you for giving them such a fun and engaging activity.

5. Less likely to make you sneeze, but you should make friends with the groomer

2 more days til I can see out of my eyeballs again ?✂️ . . #schnoodle #doodle #poodlemix #dogsofinstagram #puppy #floofy

Schnoodles tend to inherit a non-shedding coat from Poodles, and thus are sometimes referred to as “hypoallergenic” dogs. While no dog is truly hypoallergenic (since the allergen is also in their skin and salivary glands, and all dogs have those), the non-shedding coat might help people with mild allergies. And they’ll definitely help your vacuum.

Although they don’t shed much, their hair grows long—and fast. It doesn’t take long for a groomer to know both a Schnoodle and their owner by name. Some owners learn to trim their pup’s locks on their own, and the good news is your Schnoodle won’t complain if they look dorky while you learn. If nothing else, you’ll want to keep the hair around their eyes trimmed, so you’ll know when they’re begging for a treat, of course.

6. …and make friends with the dog brush

In order to keep a Schnoodle’s coat healthy, they need weekly brushing. Especially with all of the outdoor playing they’re going to be doing, right? Without regular brushing, all the dirt and grass they gleefully roll in will get tangled and matted in their curly coat, which would be a downright shame, because:

7. Their coats are so soft! 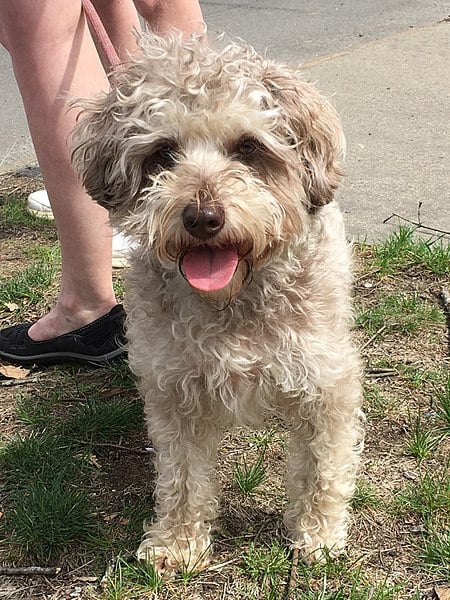 Whether it’s peachy, black, white, silver, or brown, this is a comforting dog to pet because their coats feel like glorious silk. Schnoodle lovers have zero shame about burying their face in their dog’s fluffy, cloud-like coat.

8. You can get creative with Schoodle hairstyles 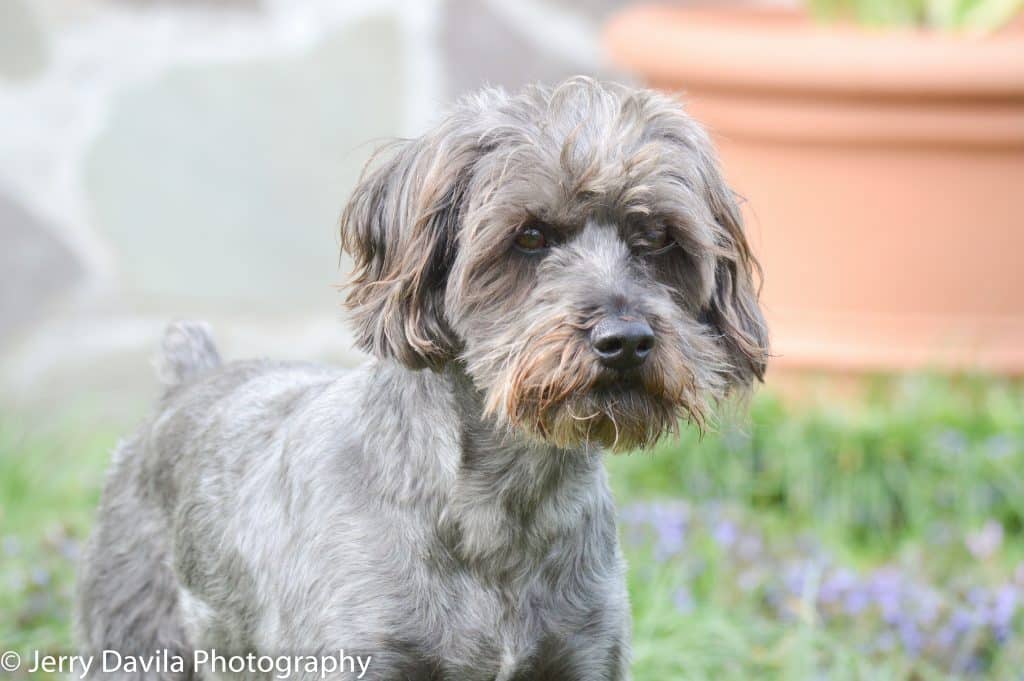 Half the fun of having a longer-haired pet like a Schnoodle is that you can go crazy with their hairstyles! Mohawk? Sure. Square cut? Definitely. Puppy cut? Adorable.

9. Schnoodles have energy to spare

First hike = success! I made it to the top all by myself (except for when the humans insisted on carrying me) There were so many nice people who pat my head on the way up. Its nice to meet new friends #adventuredogsofficial

Schnoodles need to run, play, jump, and chase. That doesn’t mean you need to take them on an epic daily jog, but they won’t be content to be a lapdog all day. Schnoodles are all about darting from here to there, so a nearby dog park or a dedicated walking routine will be necessary for them to shake their sillies out. Or hey, take them on a hike. They’re game. Otherwise, you might find a few of your beloved items chewed beyond repair.

Butt tucking usually happens when a Schnoodle gets super excited—like, zoomies-level excited—and starts running around in circles. Their back end stays relatively close to the ground, pelvis tucked in, and they absolutely speed along. Not exactly gazelle-like, but pretty darn adorable. PS: Schnoodles get the zoomies with such intensity that owners have taken to calling it the “Schnoodle 500”.

Talk to any Shnoodle owner and they’re sure to have stories of how their dog has changed their life for the better. With a breed this soft and sweet, how could they not?