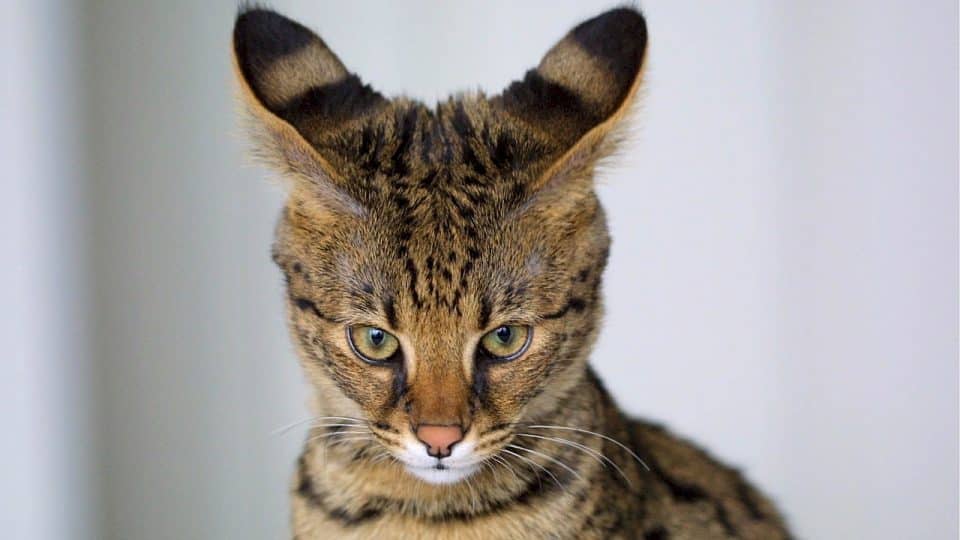 The Savannah cat is an intriguing and mysterious animal thanks to their unique blend of exotic looks and playful temperament.

But how much do you actually know about this rarely-seen cat? Are they friendly or hostile? Do they like people? Is it legal to own one, or are they considered a wild cat?

We’ve gathered the facts for you, so let’s get to know this enigmatic creature. 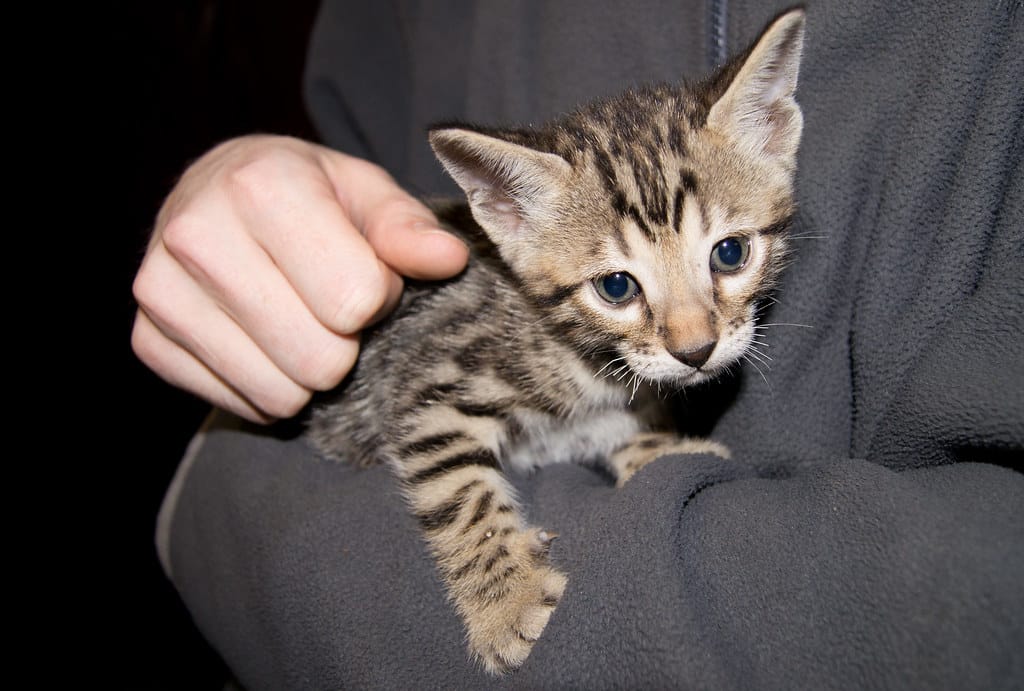 The Savannah cat’s unique traits were achieved by crossing a wild African serval with a domestic Siamese cat. This cross created the breed’s exotic wild cat appearance and their domestic temperament.

The first kitten born of this pairing was named Savannah, which would, of course, become the name of the breed. And they haven’t been around very long: the Savannah cat was officially recognized by The International Cat Association in 2001.

2. Savannahs have a striking appearance

Bred to appear majestic and dignified, Savannah cats resemble a wild cheetah. This long and leggy breed boasts beautiful spotted markings that are spread across their golden coat. Their massive, erect ears make them immediately recognizable.

Since 2006, savannahs have held the Guinness record of world’s tallest domestic cat. 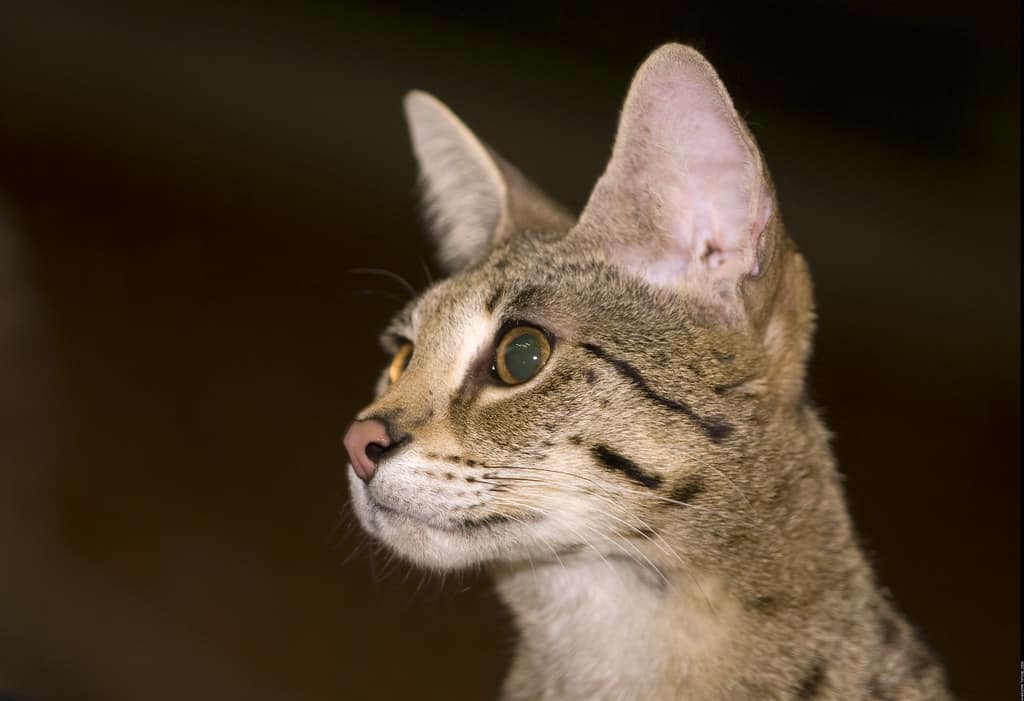 3. Savannah cats have a unique temperament

Savannah cats have been said to be almost dog-like in their demeanor. They enjoy the company of their humans and have a habit of following their owners around the house.

They’re also fiercely loyal and attach strongly to their owners. This protective loyalty can manifest itself as wariness of strangers, so it’s recommended that Savannah cats be socialized with people and other animals from kittenhood.

4. These cats have tons of energy

Savannahs are extremely energetic and athletic. Unlike the majority of felines who’d prefer to nap the day away, Savannahs require a lot of exercise and interaction. They want to play with you! Which isn’t ideal for someone who’s looking for a lazy lap-cat. But if you’re up for a playful partner, a Savannah cat could be the perfect companion. 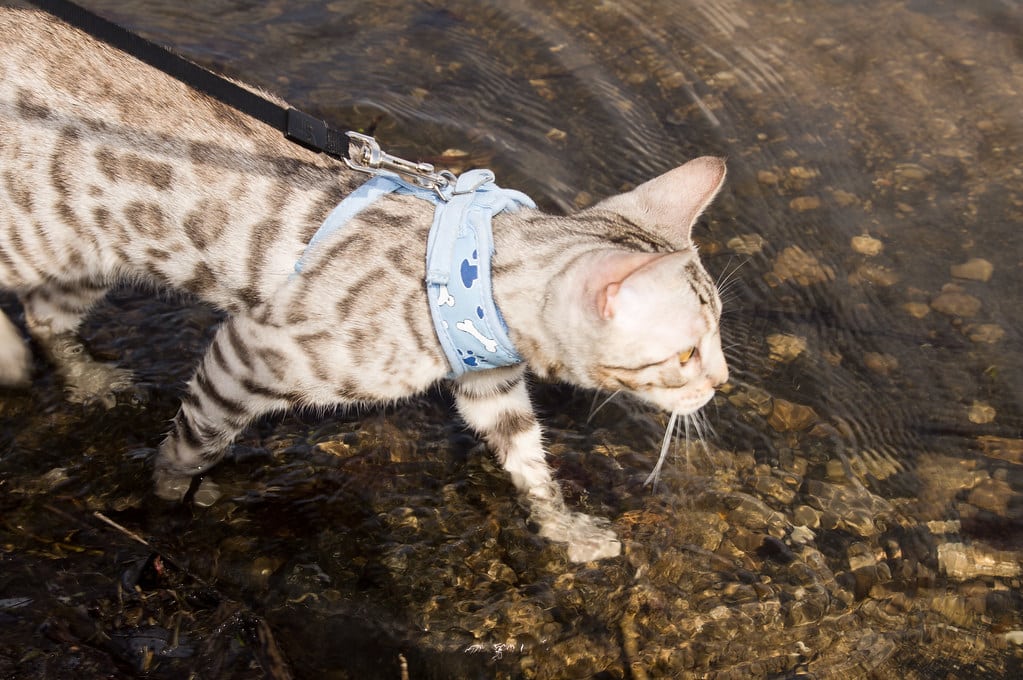 It’s hard to imagine a cat willingly taking a dip in the water, but Savannahs don’t fear it, and they actually enjoy swimming. Some Savannahs will even join their owners in the shower.

Don’t be surprised to see a Savannah leap on top of a refrigerator or tall cabinet. Savannahs can jump to a height of eight feet, so it’s important not to leave them outside unsupervised where they could escape.

These cats are very adventurous, and they love to explore and climb. They also require more vertical space than your average feline. 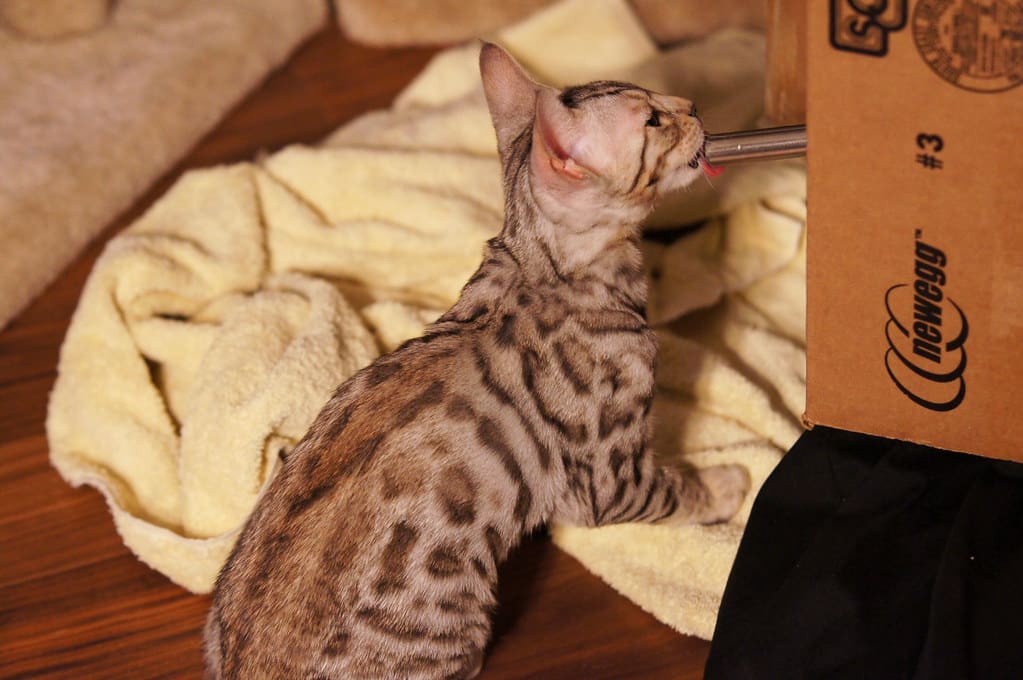 With proper training, these curious cats can learn simple commands. For example, you can teach your Savannah cat how to retrieve toys, and they love games and food puzzles.

Savannahs can even figure out how to open doors and cabinets. It’s in their nature to explore, so they’ll get into things you might not expect.

8. They enjoy being walked on a leash 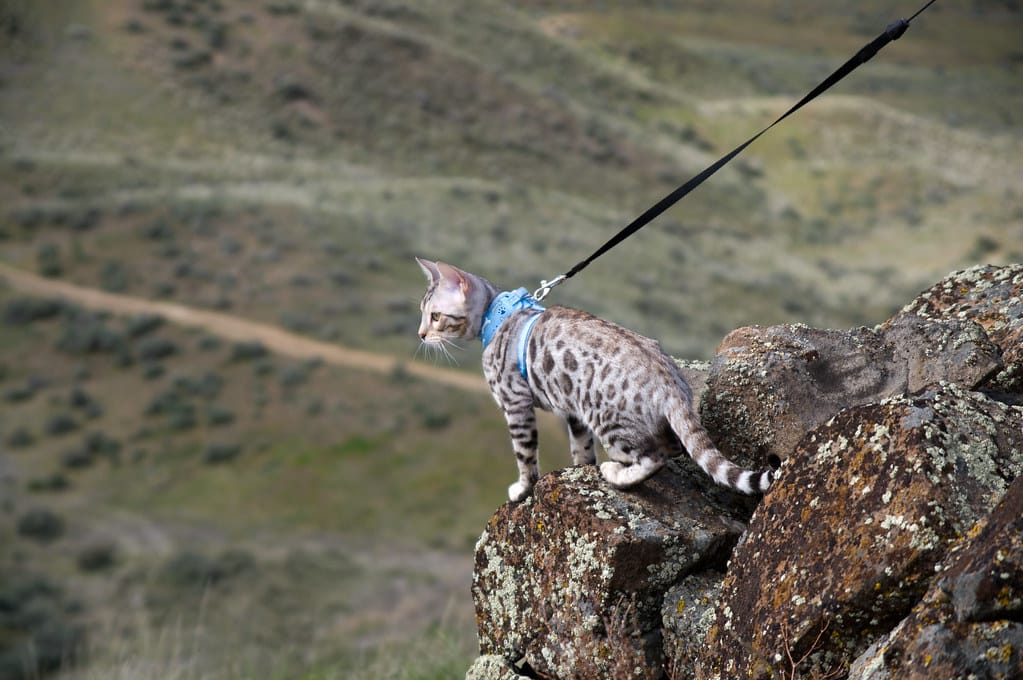 Have you ever wanted to own a cat that you could stroll around the block with? Savannah cats can be leash-trained successfully. This requires practice and patience, but the pleasure of walking your cat through the park is well worth the effort.

Keep in mind: while they may behave like dogs, Savannahs are still felines. Their necks can’t handle the kind of pressure you would use while leash-walking a dog. Instead of a regular dog leash, you can use a walking jacket or harness specially made for a Savannah cat’s unique build.

These impressive-looking cats do not come cheap. Prices fall somewhere in the range of $1,000-$20,000 depending on several factors, including:

Check with your state to see if ownership of hybrids is restricted. While most states view Savannahs as domesticated cats, a few states have established more restrictive ownership laws. According to the Savannah Cat Association, laws can vary between a city and its state as well.

While not for everyone, these majestic cats would make a lovely companion for the right person. If you’re up for the challenge of owning an active and sometimes mischievous pet, a Savannah might be a good fit.

They may be a handful, but as every Savannah cat owner can testify—you will be rewarded abundantly with love and affection.