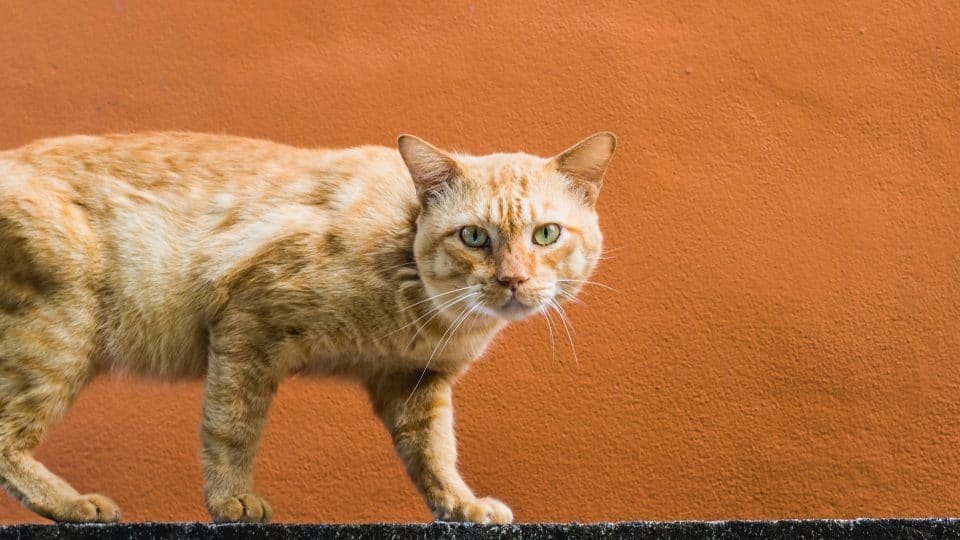 From Milo to Garfield, orange cats have charmed pet owners for decades. But what is it about these marmalade-colored beauts that we find so beguiling?

Maybe it’s because their sunny hue translates into an equally brilliant personality. Or because they unwittingly flash upbeat, happy images across our mind—things like orange sherbet, jack-o-lanterns, and monarch butterflies.

Personally, I have a soft spot for these ginger cuties. Give me an orange kitty to snuggle, and I couldn’t be happier. So, naturally, I was more than pleased to gather the most interesting facts I could find about orange cat breeds. Here’s the scoop on these fiery felines.

As much as we’d love to put them in a category all their own, orange cats don’t qualify as their own distinct breed. Instead, orange fur is just one coat variety found in a number of breeds, with shades ranging from creamy pastel to a sun-soaked tangerine.

2. That said, some cat breeds have more cases of orange fur

Certain cat breeds are more likely to produce an orange-hued kitty. Some breeds lucky enough to sport an orange coat are the American bobtail, the exotic shorthair, the devon rex, and the Scottish fold.

3. They all look good in stripes

4. They have something in common with red-headed humans

Your miniature tiger may share more with your favorite ginger friend than you thought. The pigment responsible for an orange cat’s color is called pheomelanin, which also causes red hair in humans. Manifesting in a range of shades from red to cream, this pigment is what makes your cat’s coat stand out. 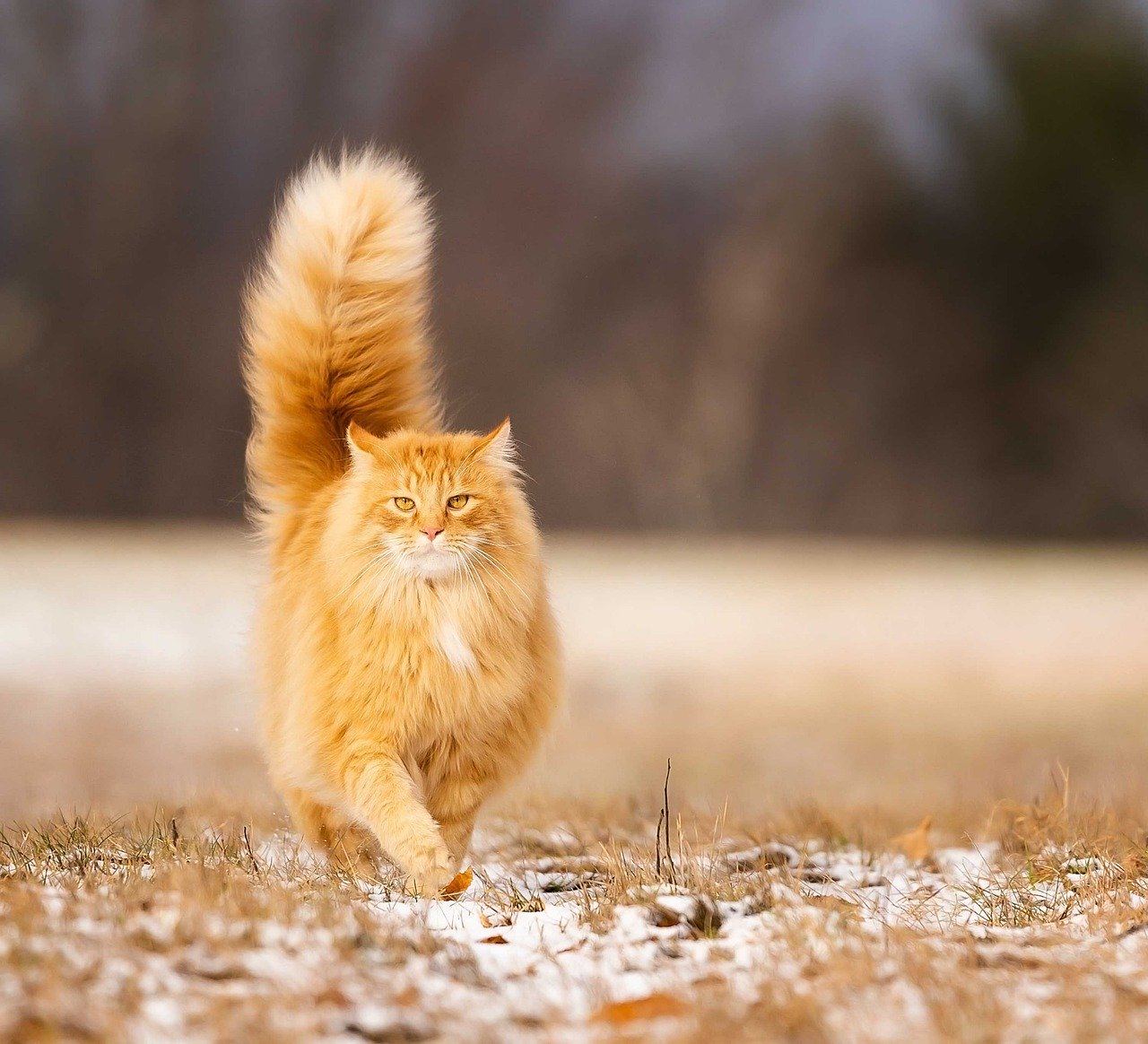 If you’re looking to adopt an orange cat, the chances are high you’ll have an easier time finding a male cat. Males account for a whopping 80% of ginger cats. It’s all about genetics.

Gary Weitzman, head veterinarian at the San Diego Humane Society reported to National Geographic that cat personalities are, in fact, tied to their coat color. Guess which coat won Weitzman’s vote for “most gregarious?” Our spunky, outgoing orange tabbies, of course!

7. They were beloved by a famous historical figure

That’s right. Winston Churchill himself was a major fan of marmalade cats. The former British Prime Minister had a special affection for his orange cat, Jock. After Churchill’s death in 1965, his historic home was given to the nation on the condition that an orange cat named Jock would always reside there. Now that’s what we call a true cat lover.

Orange kitties sport a distinct “M” marking on their foreheads, a feature shared by all tabby cats. Several legends swirl around the mysterious M. Some claim it represents the Virgin Mary while others say the M stands for Mohammed, founder of Islam. Believe what you will, we think it’s an adorable mark of distinction. 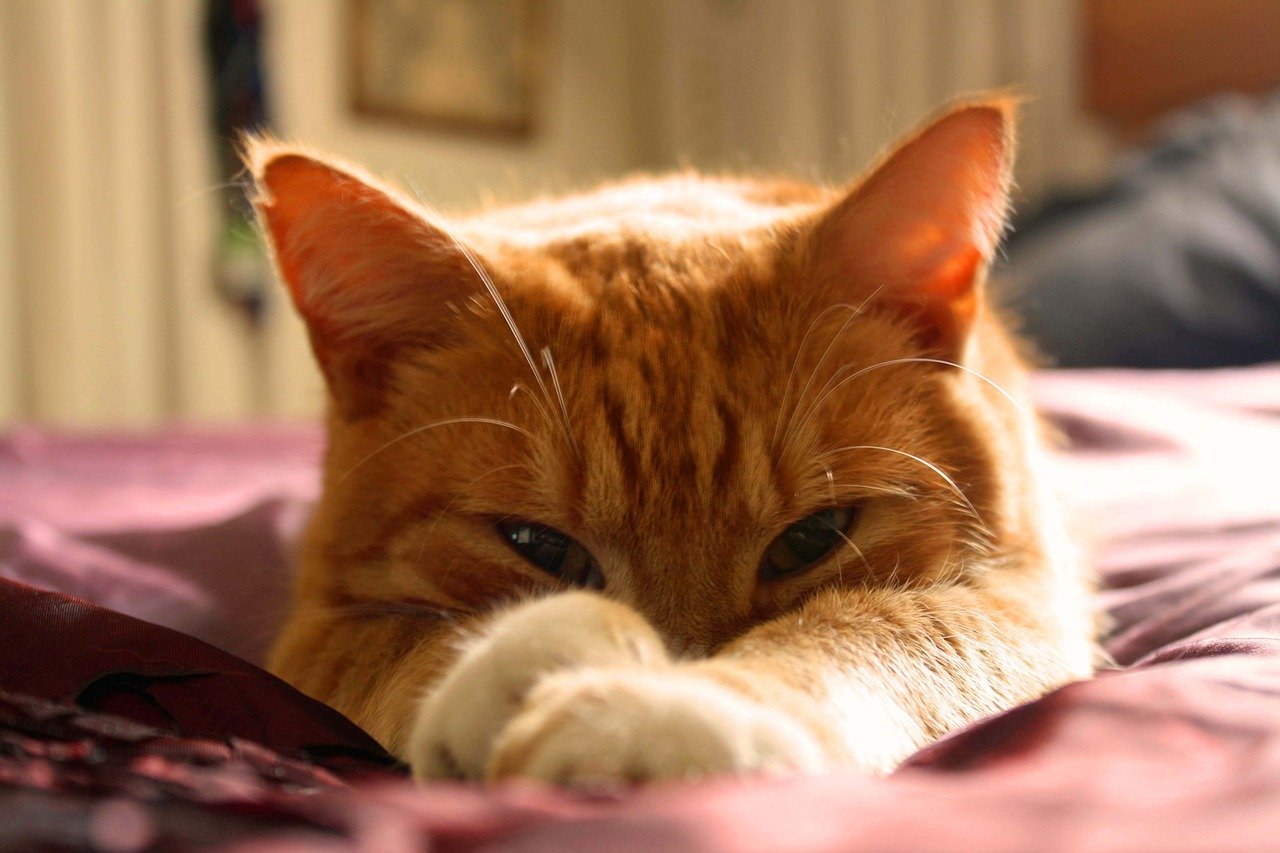 9. Orange cats are the darlings of Hollywood

Part of our affinity for orange cats could be traced back to our culture’s consistent use of them in films and television. The ubiquitous sassy orange cat is an integral part of our pop-culture consciousness. We have the eternally unimpressed Garfield, the swashbuckling Puss in Boots, the innocently curious Milo, legendary advertising icon, Morris, and the iconic Heathcliff. Somehow, their orange fur suits them all perfectly.

10. They lend themselves to some super sweet nicknames

Whether you have a mellow yellow kitty or a feisty reddish feline, an orange coat serves as inspirational naming material. Some ideas to get you going: Sgt. Pepper, Cheeto, Big Red, Annie, Carrots, Clementine, Ron (or Ginny or Weasley…), Marigold, and Prince Harry, to name a few. Once you get those creative juices flowing, you’re sure to find your orange kitty a name that’s as adorable as she is!

We have to admit, there’s something special about orange cats that’s hard to put our finger on. We love them for their unique spirit, playful spunk, and charming antics. Plus, their gorgeous coat color doesn’t hurt.

If you’re lucky enough to own one of these remarkable felines, please remember to give her (or him, as is more likely the case) an extra hug today to remind her how special she is.