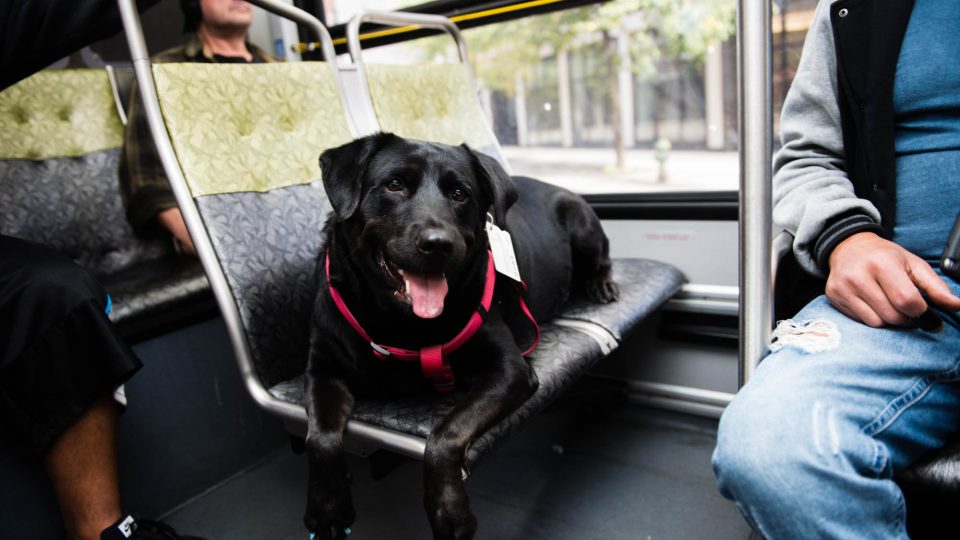 You gotta love a dog that takes initiative. You may have heard about Seattle‘s bus-riding dog, who trots onto the D-Line bus wearing an ORCA card clipped to her collar. Eclipse is well-known in her Belltown neighborhood and at her favorite dog park, which happens to be near Rover’s HQ. We met up with Eclipse on a sunny Friday morning for a glimpse into her daily life.

Though officially she should be on a leash, King County lets dogs ride public transport at the discretion of a driver. Eclipse has become so beloved, she gets a pass. The King County Dept. of Transportation even posted a video about her on their YouTube channel.

Scroll on for snapshots of this sweet, gallivanting pooch. 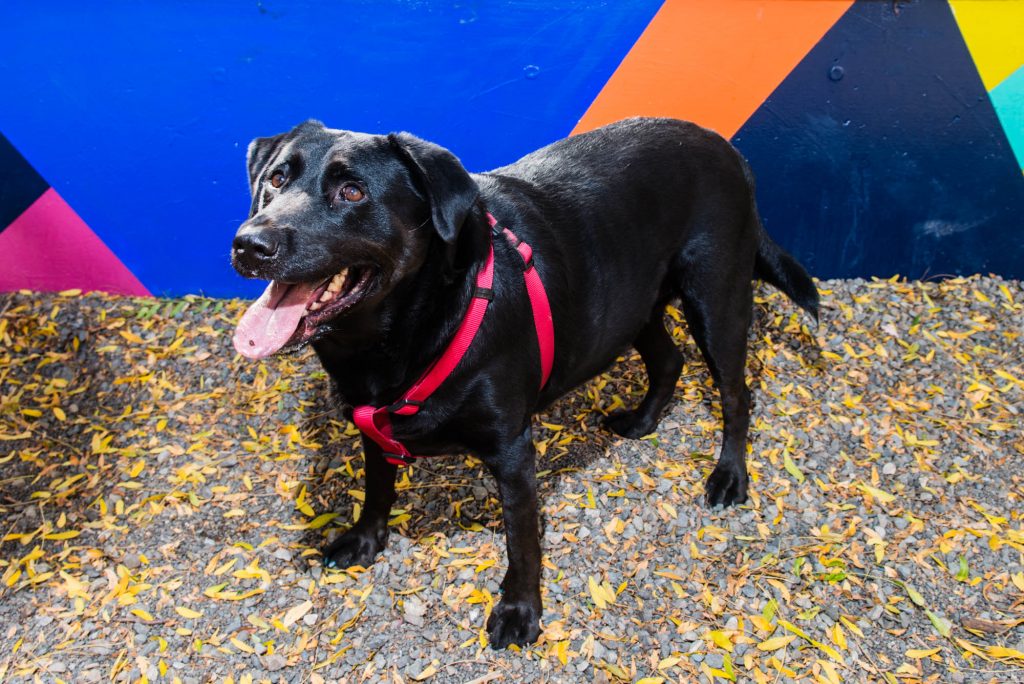 Her favorite thing is kicking it at the dog park, especially the one at 3rd and Bell. 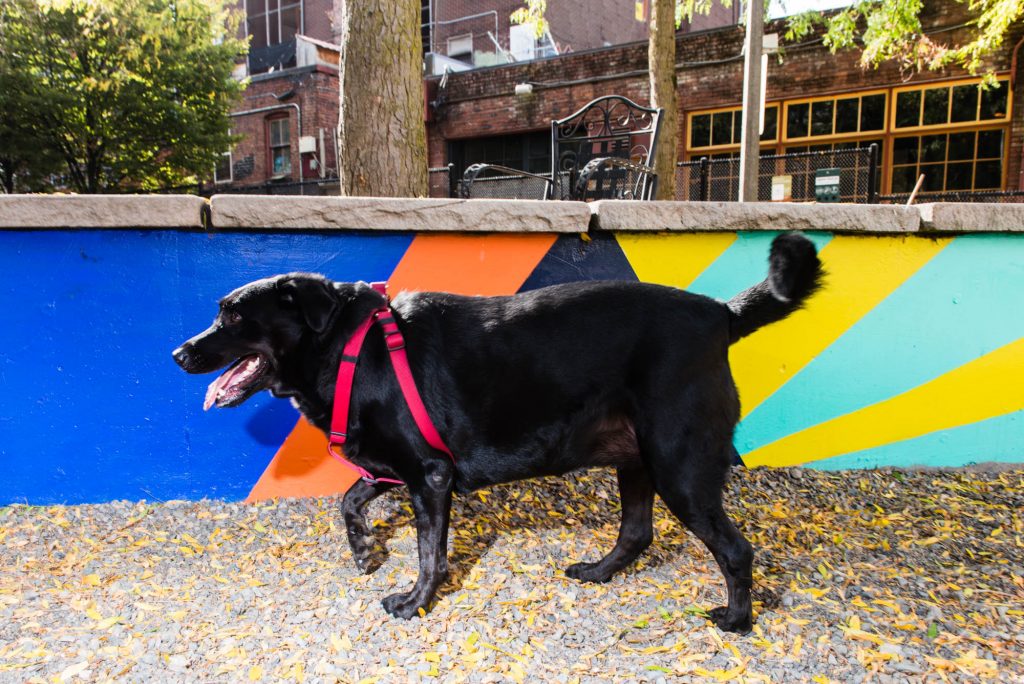 One day, Eclipse decided she didn’t feel like waiting around to be taken to the park, so she took things into her own paws and went out on an adventure. 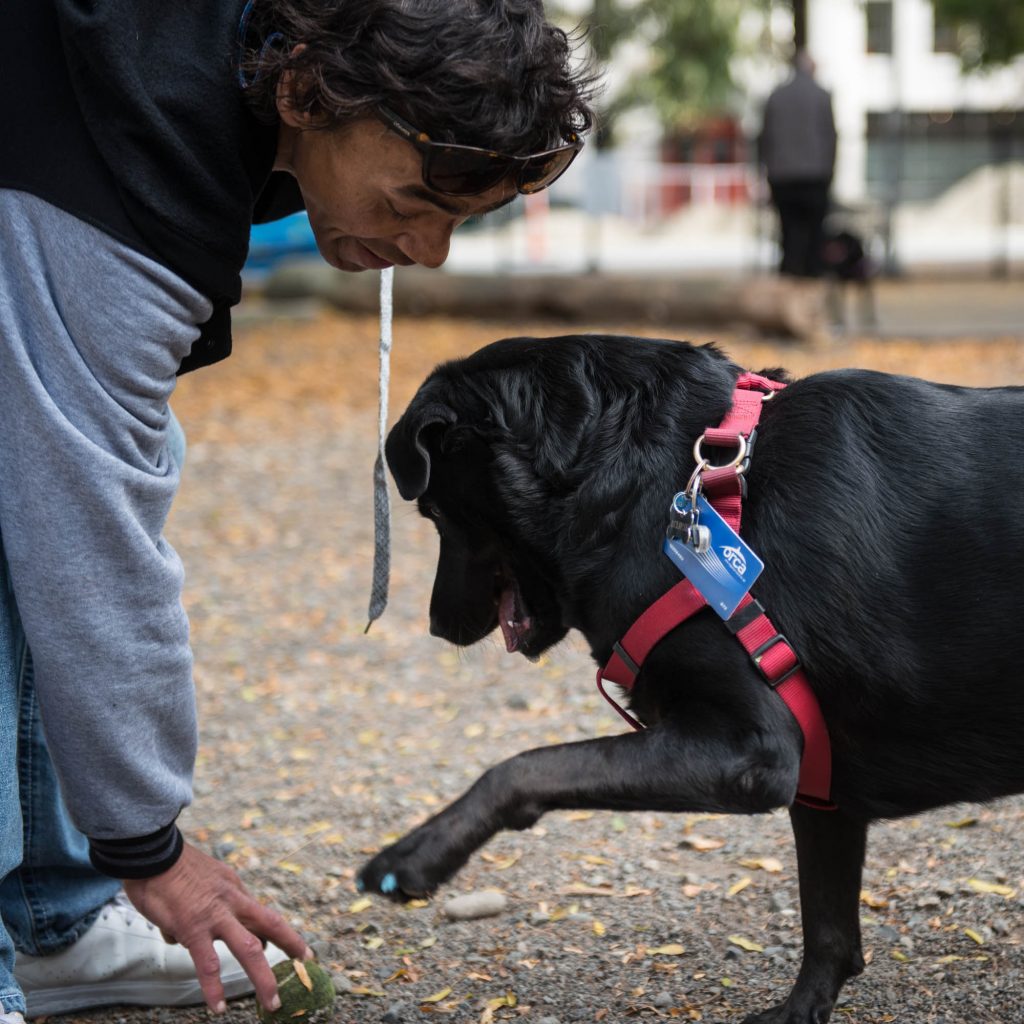 Your eyes do not deceive you. That is an ORCA card dangling off Eclipse’s collar. It’s preloaded, so all she has to do is hop on the D and away she goes. 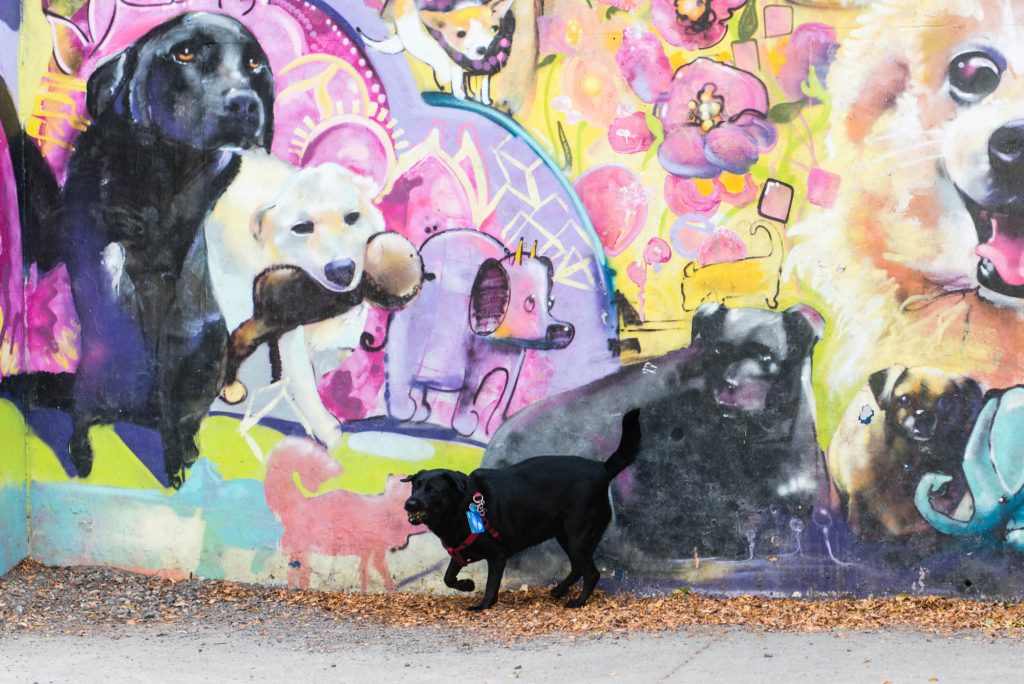 Eclipse is an upstanding citizen. 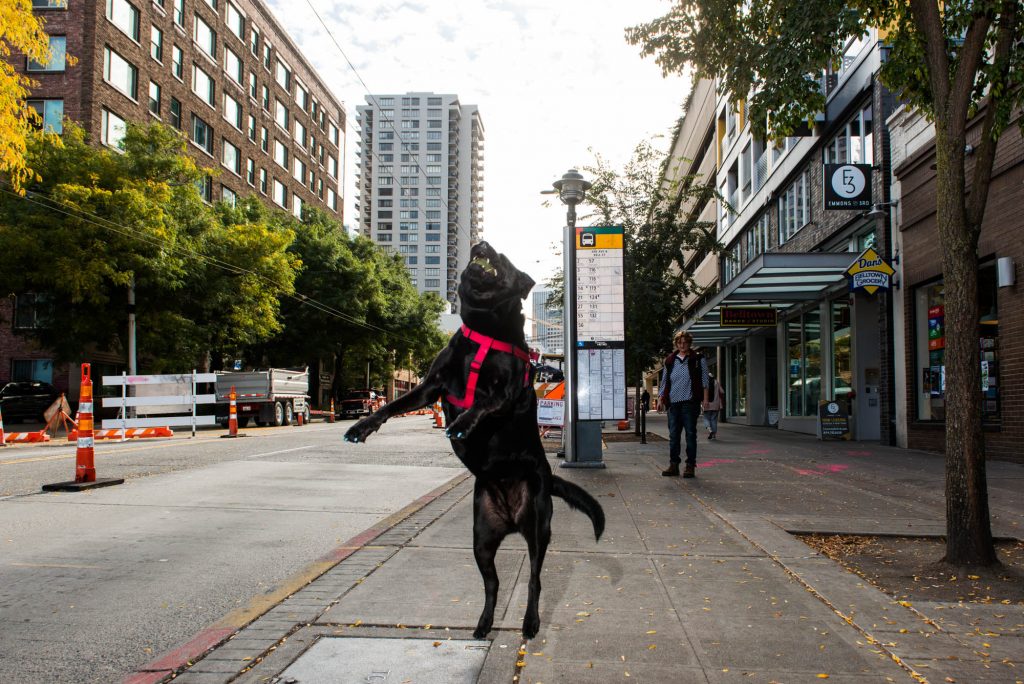 Nothing brings this dog more joy than hopping on the D and making her way over to her beloved tennis ball haunt. 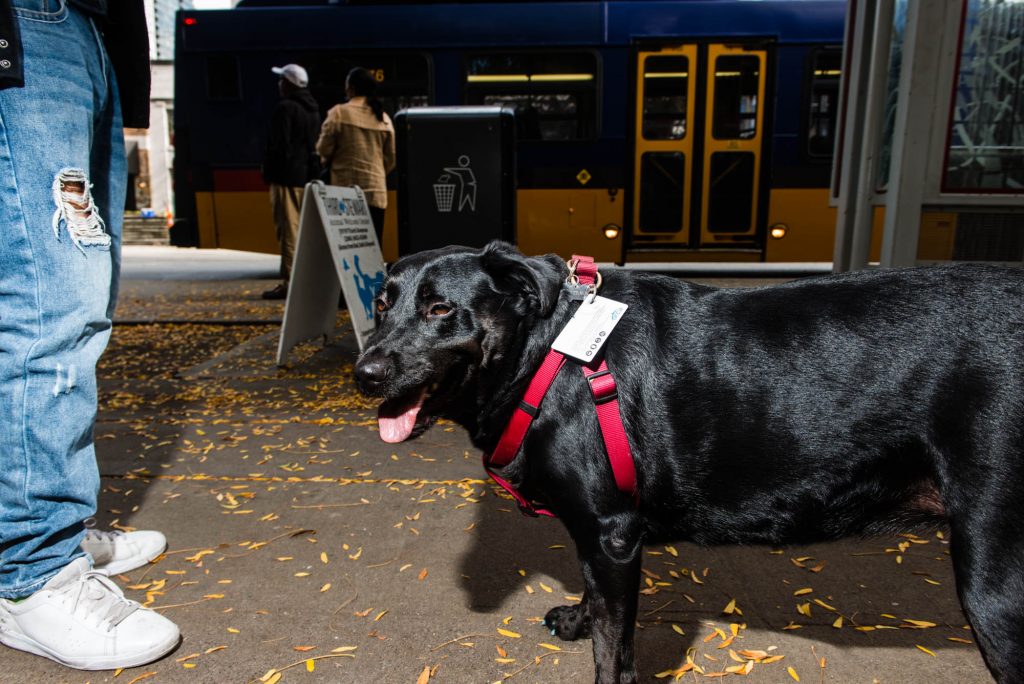 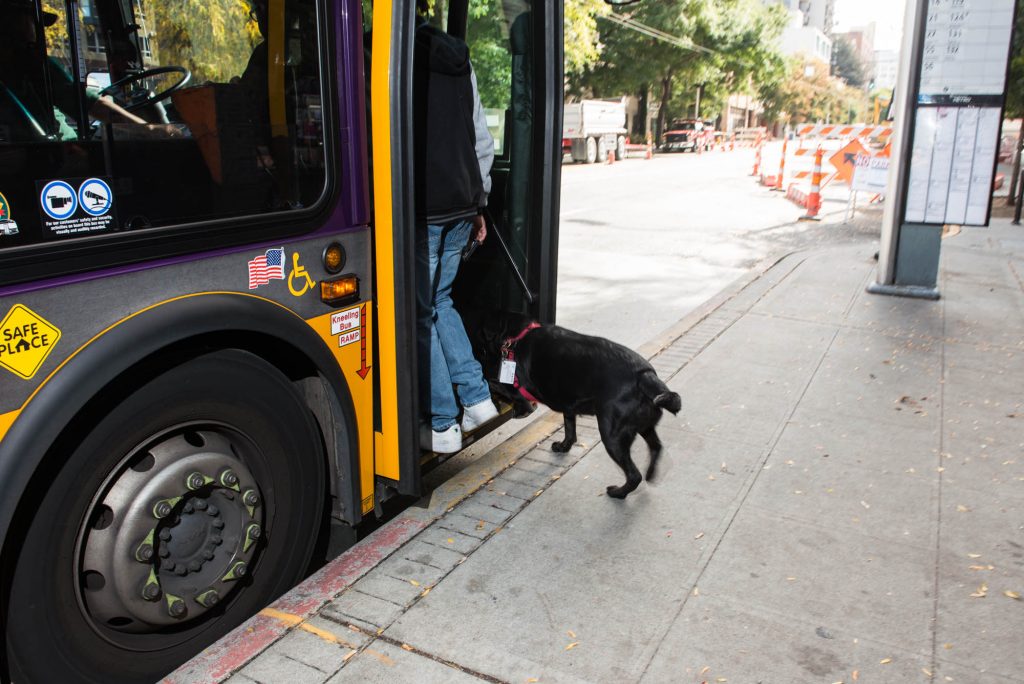 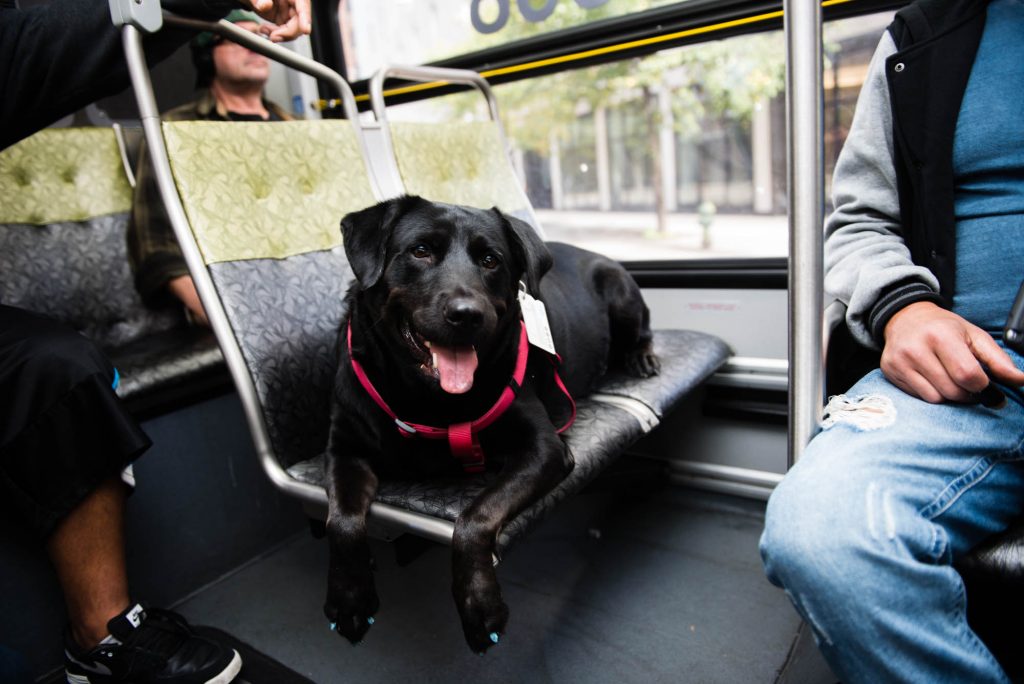 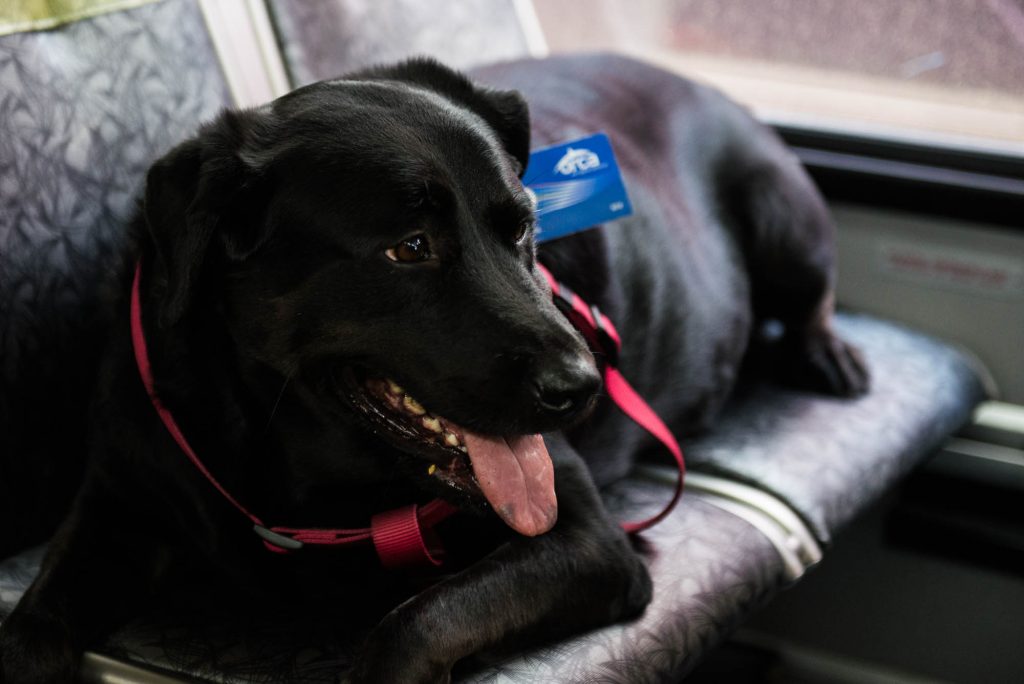 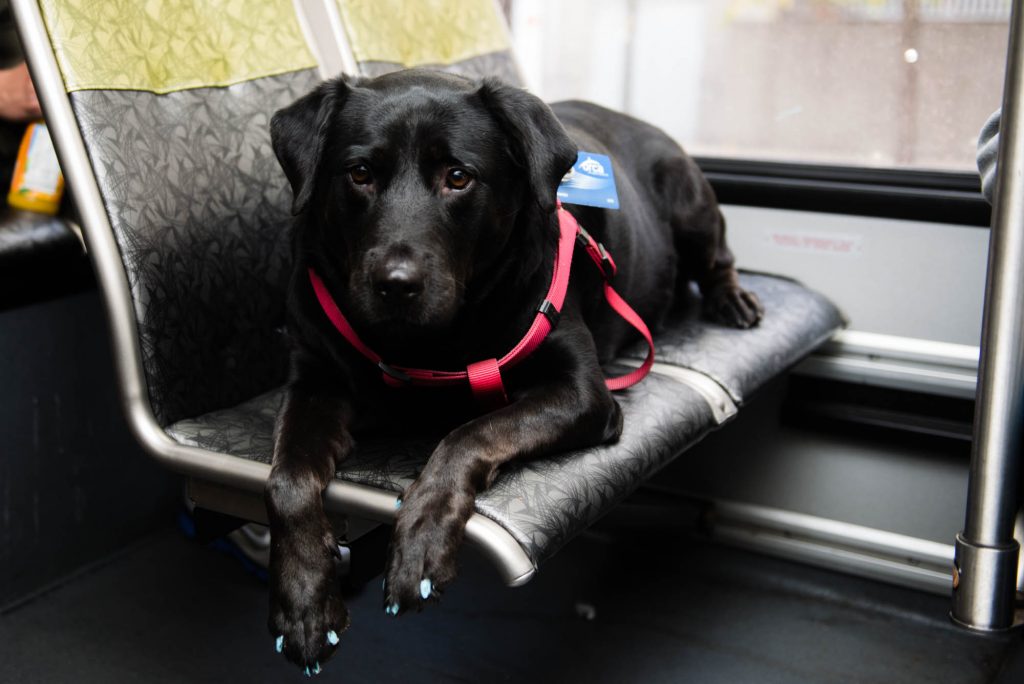 If ever you find yourself on the bus around downtown and see a dog patiently awaiting her stop, be sure to say hi. Eclipse loves pats and making new friends.