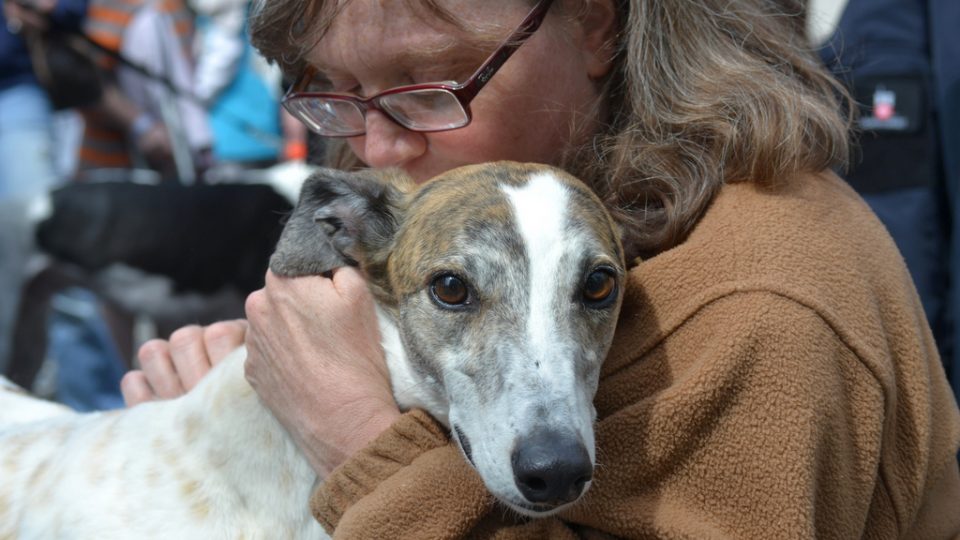 Nobody wants to think about the awful possibility of a lost dog, but these heartwarming tales of dogs who found their way back home will make you believe in miracles (or at least the lifesaving necessity of micro-chipping your dog).

Some of these lucky dogs were missing for years, and others managed to travel thousands of miles in their incredible journeys, but all of them eventually made it home.

Murphy is out of the woods after two years

Her family conducted an exhaustive search, posted fliers, and maintained a Facebook page for their missing family member, but didn’t receive a single lead until June of this year, when a camper at a site about five miles from the spot where Murphy went missing saw a thin dog in the woods.

Murphy’s family brought a blanket and clothes to the campsite and left them out hoping to attract their dog, and it worked: According to the site manager, on the very first night, “there was Murphy, sleeping on the blanket” (source).

In 2003, Petunia ran out of the back yard of her family’s Virginia home, and despite months of searching, they were unable to track her down.

In 2011, a good Samaritan found a stray dog in a wildlife area near Sacramento, California, and brought her to a shelter to be scanned for a microchip. Well, you guessed it: The chip proved the dog was Petunia, eight years and 2,600 miles away from home! Where she had been for those eight years is anybody’s guess, but her family is thrilled to have her back.

A Jack Russell terrier named Gidget made headlines in 2014 for being found near Portland, Oregon, over 2,700 miles from her Pennsylvania home. Gidget’s happy ending was made possible by her microchip, which let shelter workers know she had a home.

When Gidget’s owner said she couldn’t afford to travel to pick Gidget up, her microchip company stepped in to cover the expense, and the dog was reunited with her family just a few weeks later.

A black lab named Bucky walked over 500 miles (and probably would have walked 500 more) to find his dad after being relocated from South Carolina to Virginia.

Bucky’s dad had temporarily rehomed the dog with family in Virginia because his South Carolina community banned dogs, but apparently Bucky missed his old stomping grounds too much to stay still. He took off from Virginia and showed up back in South Carolina just a few weeks later.

Again, a microchip saved the day: The good Samaritan who found Bucky a few miles from home took him to a vet’s office to be scanned, and the information on the chip led them to Bucky’s dad right away.

Flo, a collie from Ulster province of northern Ireland, went missing on Halloween in 2011, and the Gallagher family thought they may never see her again.

Three years later, a local animal shelter volunteer saw a stray hanging out at a shut-down Nestle manufacturing plant about ten miles south of the family’s hometown, and shared photos of the dog on Facebook. According to an interview with the Ulster Herald, Flo’s mom Lisa Gallagher saw the photos and thought, “Hey, I know that dog!”

It took several days and a team of dedicated volunteers to catch the stray, but once they finally had her safe and leashed, it was confirmed that she was long-lost Flo.

Bailey was stolen from his family’s El Paso yard in 2008 and found roaming the streets of Indianapolis in 2014. What happened in the intervening years is a mystery, but one thing is certain: His family is delighted to have him home, and very glad they had him microchipped when he was a puppy (source).

Reckless went missing after his family’s home was destroyed during Superstorm Sandy, which ravaged the eastern seaboard in 2012.

After searching for months, the family eventually lost hope and tried to move on. Over a year later, they were finally ready to get another dog, and went to the county shelter to pick out a new friend. The very first kennel they stopped at held a happy surprise: Long-lost Reckless, who had recently been brought to the shelter as a stray.

“He jumped about three and a half feet when he saw us,” his dad said in an interview with The Today Show. After an old photo verified his identity, Reckless was able to go home to his family, including three little kids who are ecstatic to have their best friend back. All together now: Awww!

Hopefully, you’ll never have to experience the panic and grief of losing a dog. Let these happy reunion stories serve as a reminder to have your dog micro-chipped and keep the chip registration info up-to-date, and in the unfortunate event that your dog does go missing, never, ever give up hope.