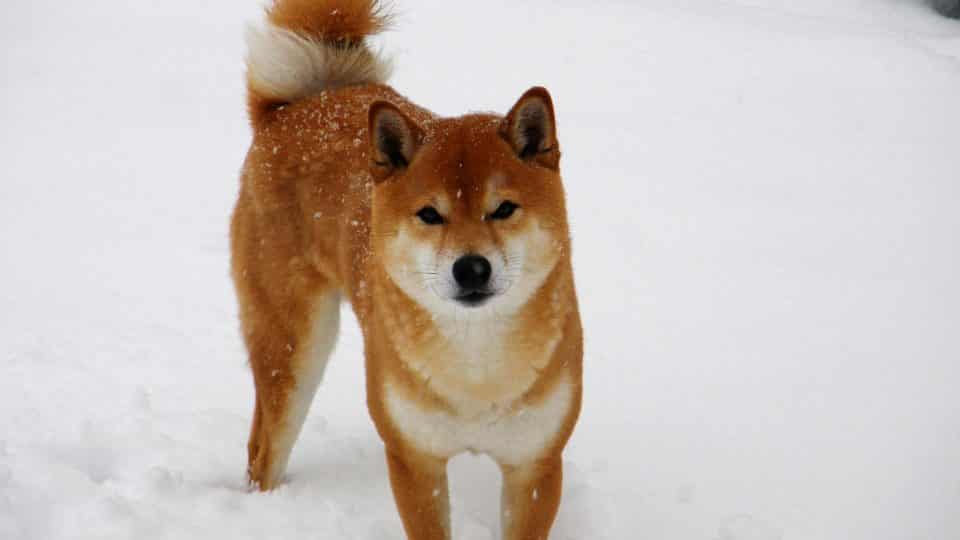 Want to learn more about some of the truly incredible dog breeds hailing from Japan? Well, you’re looking in the right place! We’ve rounded up some of our most beloved four-legged friends from across the world—from super fuzzy and soft, to hearty and strong, these dogs are just as majestic as you’d imagine. 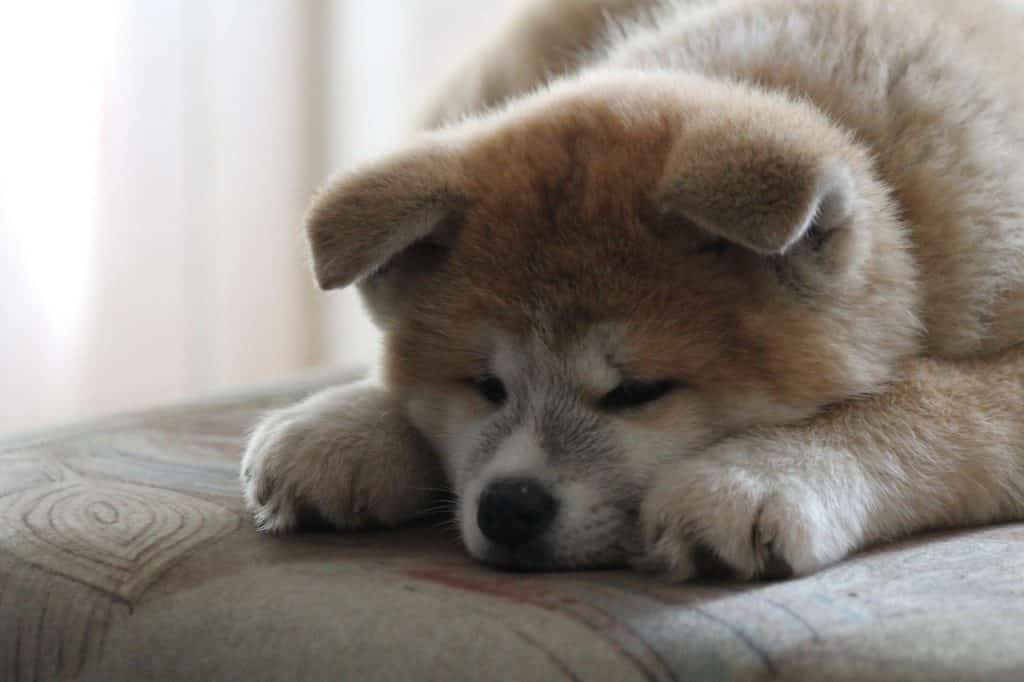 These independent, courageous dogs make quite the impression with their big stature. With a lush double coat (that you’re going to want to brush regularly) and a cool curled-over tail, you won’t find a better-looking dog at the park. This breed is a little wary of strangers, but they aren’t afraid to show their family some affection.

An Akita named Hachiko is famous in Japan for returning to the train station to wait for his owner for nine years after the owner passed away. A bronze statue of Hachiko was erected at the station in 1934 in his honor.

Recognized by the Japanese Kennel Club and the United Kennel Club (but not the AKC), this breed is pretty rare, even in Japan. Thought to be descended from the Smooth Fox Terrier, these dogs are spritely and fun. Though their past is a little murky, many say they were actually brought to Japan by traders and didn’t originate there. 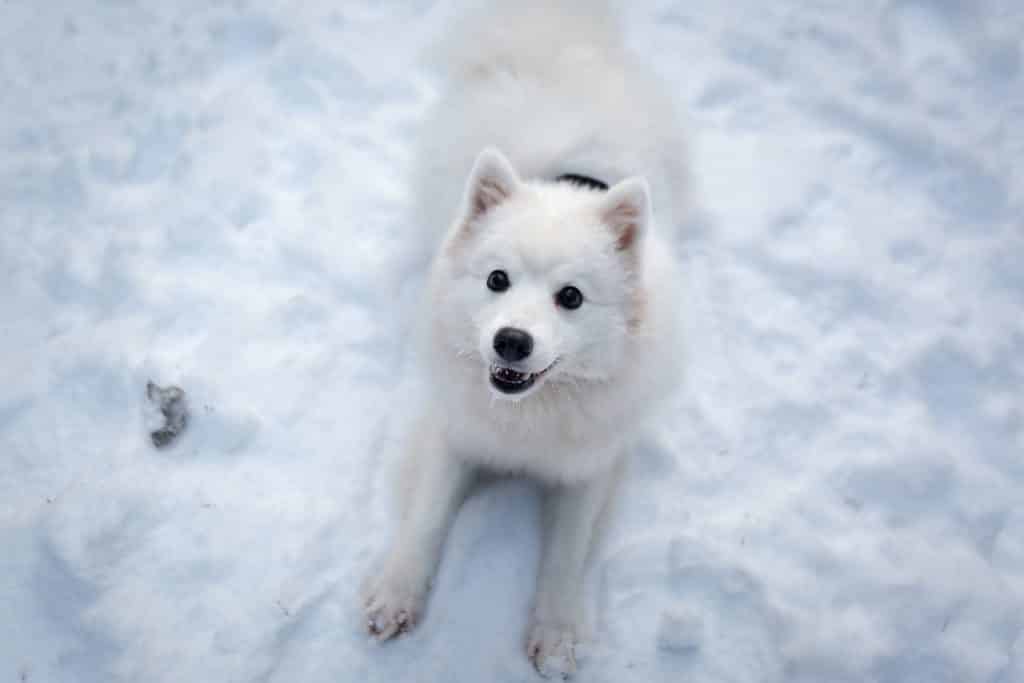 These fuzzy, white bundles of joy are closely related to the white Pomeranian, Samoyed dog, and the American Eskimo dog. They’ve gained popularity because they’re amiable companions—easy to take care of, affectionate, and great with families.

Though their thick coats offer them protection in cold climates, they also love cuddling up with you indoors by the fire. Now doesn’t that sound nice? 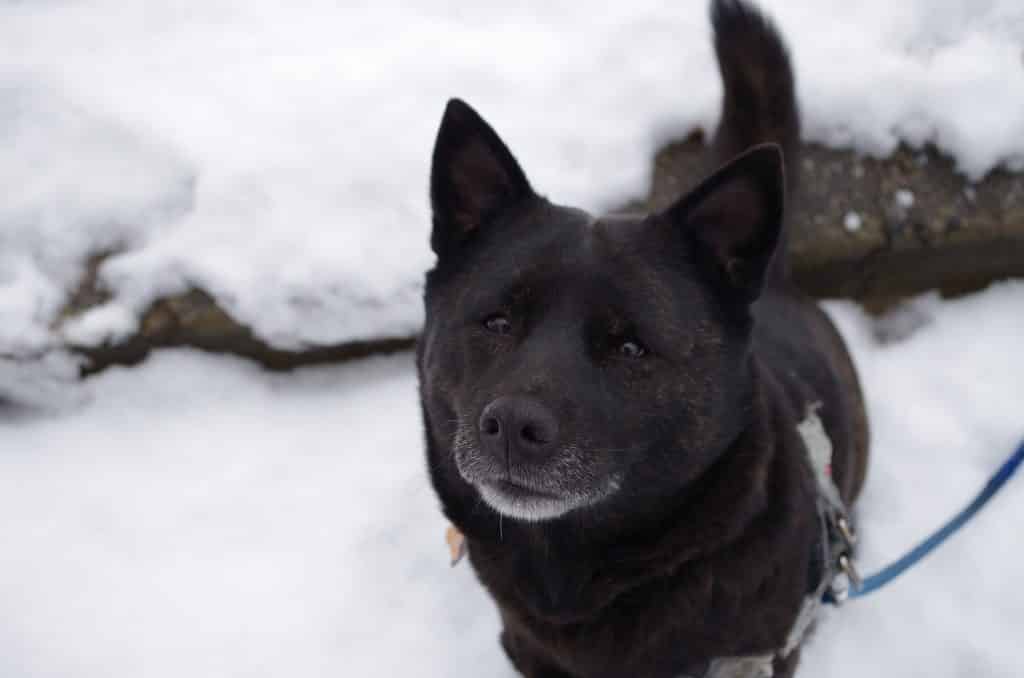 Does this face look familiar? The Kai Ken dog may be rare, but because they’ve been featured in many Japanese comic books and anime, they have quite the following. Their beautiful brindle coat sets them apart, as does their unique origin as a wild dog from the province of Kai on Honshu Island. Though they definitely make loyal friends (and they adore their families), these dogs are best for a somewhat experienced owner. 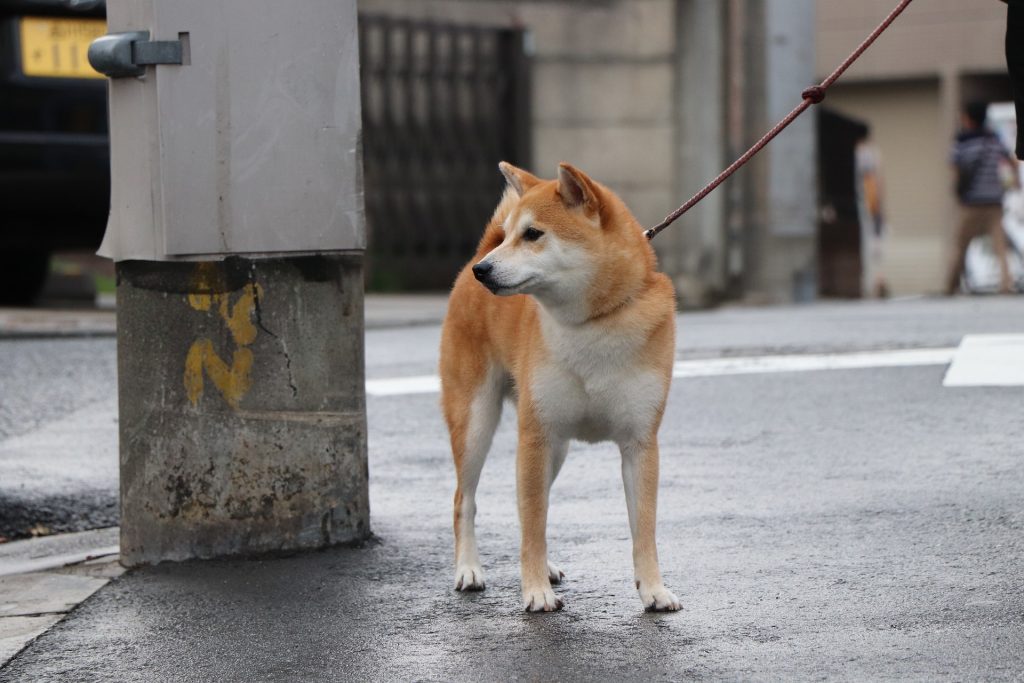 The Shiba Inu is considered the most popular dog in Japan—and continues to gain admirers in the States as well. Beloved for their cute, small stature and beautiful coloring, they’re also known for their “Shiba scream”, an intense vocalization the happens when they’re either very happy or very unhappy (you’ll know the difference if you hear it).

According to the American Kennel Club, this breed has been around since 300 B.C., hunting birds and small game in the rugged mountains. They were brought to the United States as recently as 60 years ago—thank goodness for that! 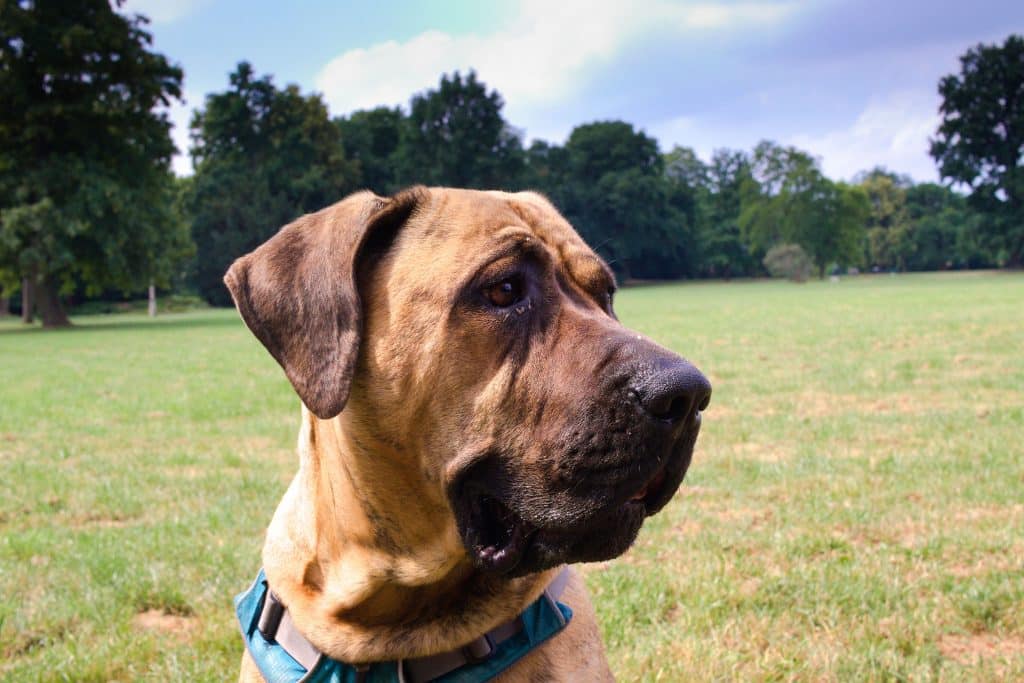 Though this rare breed was initially bred to be the ultimate fighting dog in Japan, thankfully they now just act as guardians for their families and friends. Weighing up to 200 pounds, this massive dog is known to be patient, courageous, and devoted to loved ones—though slightly aloof with strangers. The Tosa Inu looks very different than other Japanese dogs, with a more powerful, Mastiff-type build. 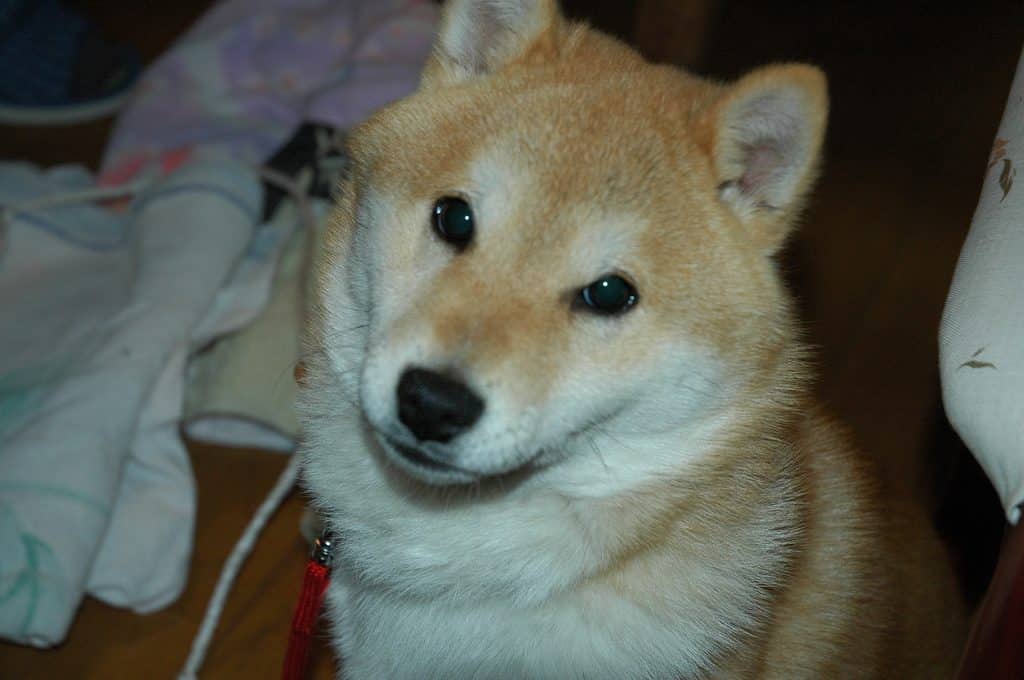 Also called Ainu-ken, Seta, and Ainu dog, the Hokkaido Inu is a strong, muscular dog that was bred for hunting and guarding. They are celebrated for being one of the oldest (or perhaps the oldest) of the Japanese breeds, and their lush, thick coat keeps them cozy in the harshest of climates.
Declared a Japanese Natural Monument in 1937, this dog is intelligent and independent, while also being completely devoted to the humans that they love.

A little on the stubborn side, this somewhat rare Japanese breed is rocking the same pointy-eared, curly-tailed look as the Shiba Inu (they’re just a little larger). This breed is also called Kochi-ken, and according to the AKC, originally came from the mountain ranges of Kochi Prefecture on the Island of Shikoku. Mainly used as a hunting dog because of their endurance and speed, they tend to make loyal and affectionate companions. 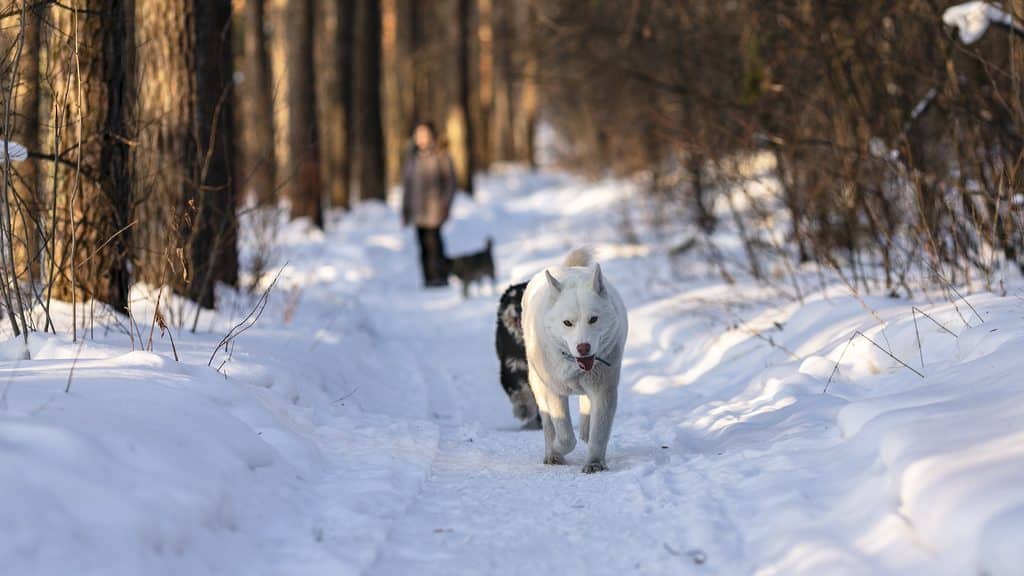 Though a little on the quiet side, these dogs have a lot to offer families. Most often sporting a beautiful white coat, the Kishu breed is one of the oldest breeds from Japan and originates from the Kishu region (duh). Though they were originally bred for hunting deer and boar, they now make loyal companions—especially with a little training to help them overcome their shyness. 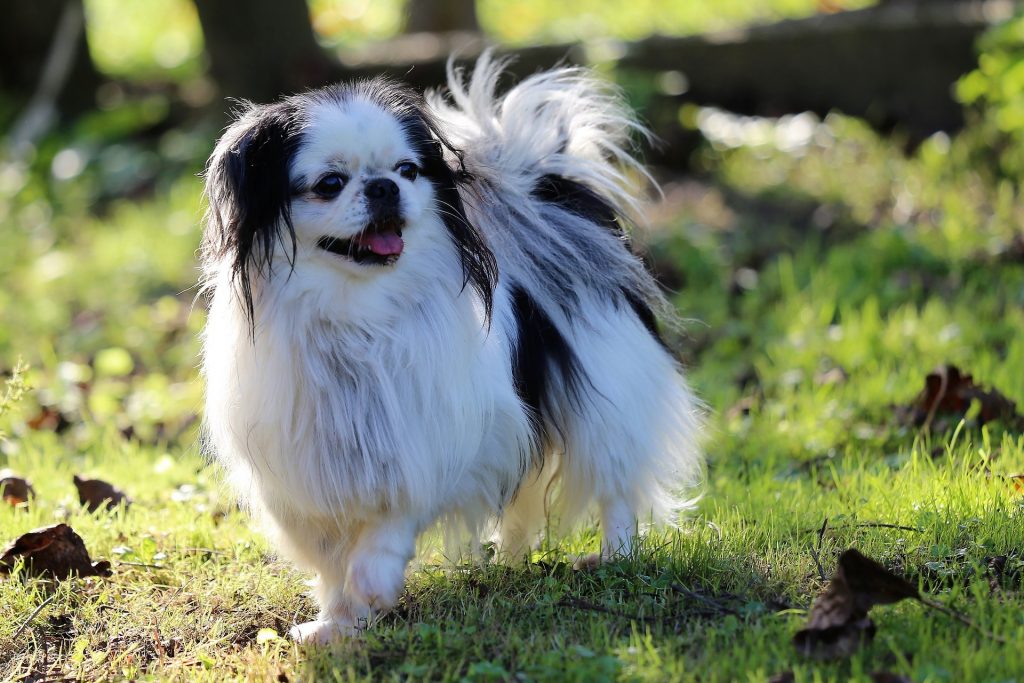 Despite what their name implies, the Japanese Chin is actually believed to have originated in China or Korea. However, this breed is super popular in Japan, and according to the AKC, they were bred to be companions, first for Chinese royalty and then for Japanese royalty.

Though very tiny (most weigh less than 10 pounds), they have an aura of importance about them—plus a charming quality that’s bound to win anyone over.

This breed bears a striking resemblance to other Inu breeds, except that it sports a straight tail instead of the usual curly one. Both excellent guard dogs and wonderful family companions, these dogs were bred by crossing Chow Chows and an ancient Aichi dog breed.

This breed is very rare these days, and they aren’t currently recognized by any breed organization, so they’re likely difficult to find.

For anyone looking to branch out from popular U.S. dog breeds like the Labrador Retriever (a perfectly lovely breed, mind you), any of these beautiful Japanese dog breeds would make an excellent addition to your family.