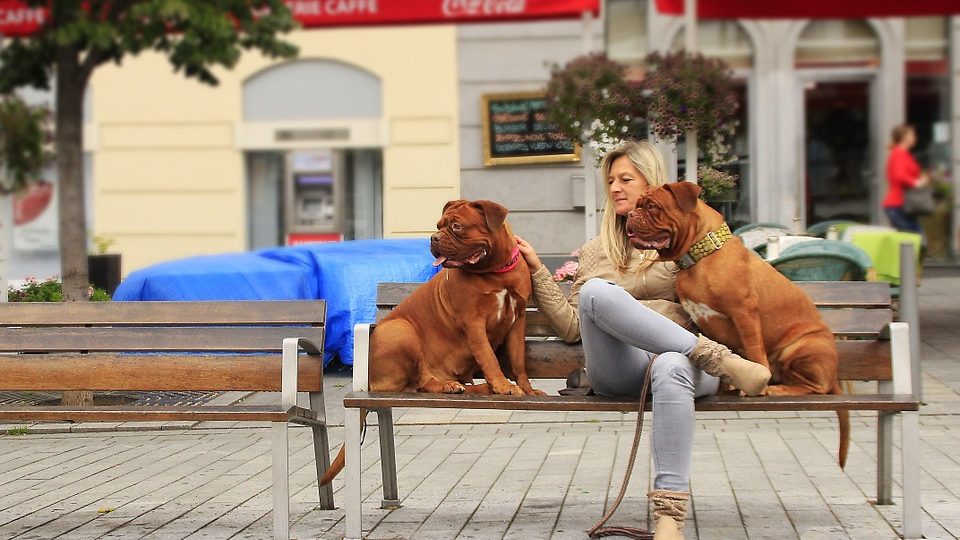 Help! I’m Moving My Country Dog to the City 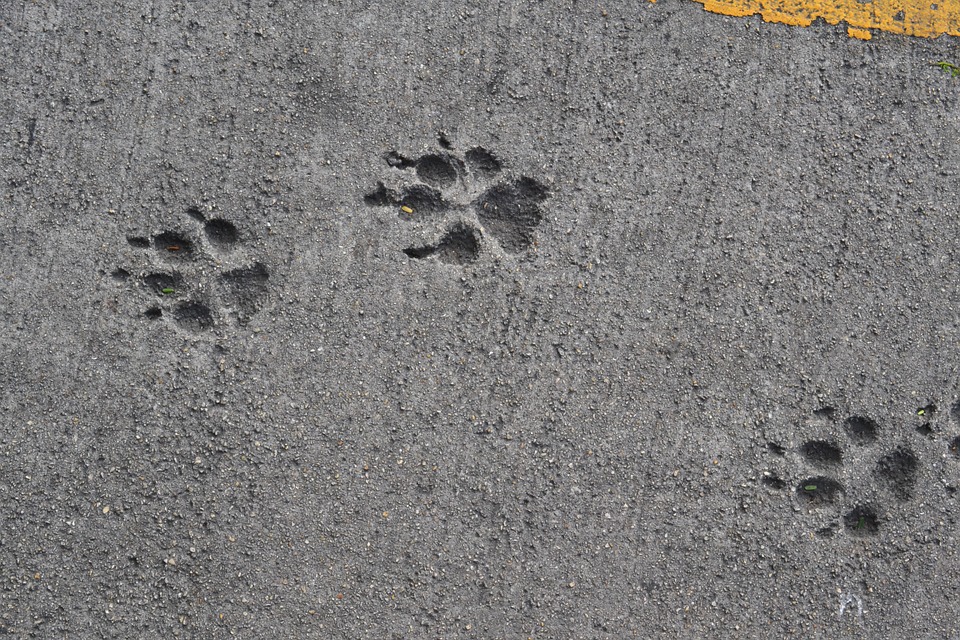 I’m moving from a rather rural area to New York City with my dog (a 3-year-old maltese mix) in a few weeks, and I’m a little nervous about managing him on the city streets, given that he’s always had a yard, and I’ve never before really had to walk him. Do you have any tips on making this transition easier for both of us?

Transitioning a new dog to the city can certainly be stressful, but I do believe that, if your dog can make it in New York City, like the song says, he can make it anywhere.

In fact, some trainers refer to dogs who develop “suburban dog syndrome” when they’re raised behind proverbial white picket fences— these dogs can end up being easily spooked by novel things since their daily intake of new information is limited to what’s within their yard.

Even if they get a walk a day, it’s unlikely a dog in a rural or suburban neighborhood will encounter more than a handful of new dogs, people, or stimuli in a given walk.

Compare this to the dog who grows up in a metropolitan area and may be exposed to dozens of dogs, hundreds of people, and god-only-knows what kind of stimuli on any given walk. I mean, is that guy approaching us wearing a suit made out of plastic bags and soup cans? Why yes, yes he is.

What’s more, behaviors that might be tolerated on a leash when you have all the space in the world may not be safe or desired when you’re on a city sidewalk.

Fortunately, it’s absolutely possible for your dog and you to learn to co-exist happily during what will be a new kind of joint outing. All you need is to focus on how you can socialize your dog to new things, and encourage the behaviors you want during walks.

Here are some tips on gear and training protocol that will help you both as you transition to city life. 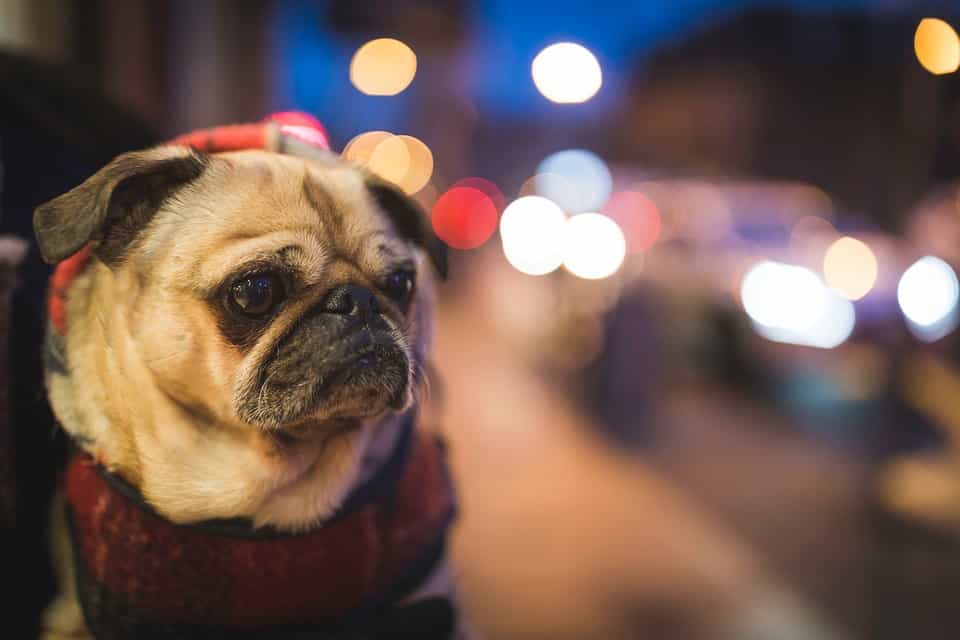 Retractable leashes, which can change length based on the click of a button, mean that the radius wherein a dog can go is not fixed.

I don’t mind using a retractable leash when I’m in a wide open space with my dog, but for leash walking on a busy sidewalk, I think it defeats the major purpose of having your dog on a leash to begin with.

You want to teach your dog that he generally needs to be close to you and that he’s allowed with in a fixed radius controlled by the leash, not by his whim.

Another problem with retractable leashes is that they usually have very thin cords, which can snap or twist around dog or human body parts. Google “Retractable Leash Injuries” if you dare.

What’s more, if dropped by mistake, their heavy handles can snap towards the dog, which may result in a big plastic handle hurling in the direction of your dog’s face, which isn’t something you want to risk when there is the possibility of your dog running into traffic.

While a leash of this sort might be a nice way for a dog to have some autonomy on a rural trail, it isn’t the best fit for city streets.

Investing in a good treat pouch is a great way to make sure that you always have rewards on you (and don’t end up with pockets full of grease and crumbs).

Be liberal with your dispensing of treats—you want to reward your dog whenever he pays any attention to you, whenever the leash is loose, and whenever he encounters anything that might potentially scare him.

Giving your dog a treat when he spots unusual things (or people or dogs) is a great way to help him forge positive associations with new things. Keep in mind that the treats aren’t just for your dog—they’re going to be for people too!

One way to avoid impolite interactions with people who want to say hello to your dog is to hand a treat to anyone that approaches and ask them to give it to your dog.

Your dog shouldn’t have to sit for it or do anything for that matter. The “trick” they’re being rewarded for is just the behavior of co-existing with a new human.

There are a million things that could happen on a city street that could spook a dog, most of which you cannot control. The best you can do is try to guess what’s going to be the quietest route.

If your dog is small enough and you get stuck in a particularly crowded area, pick up your pup! There is no shame in carrying your dog out of a situation where he could get stepped on.

Bonus points for walking on the building side of the sidewalk, rather than by the curb. If your dog does get loose, that extra two or three feet will mean a little bit more of a buffer area where you might be able to grab him before he enters traffic. 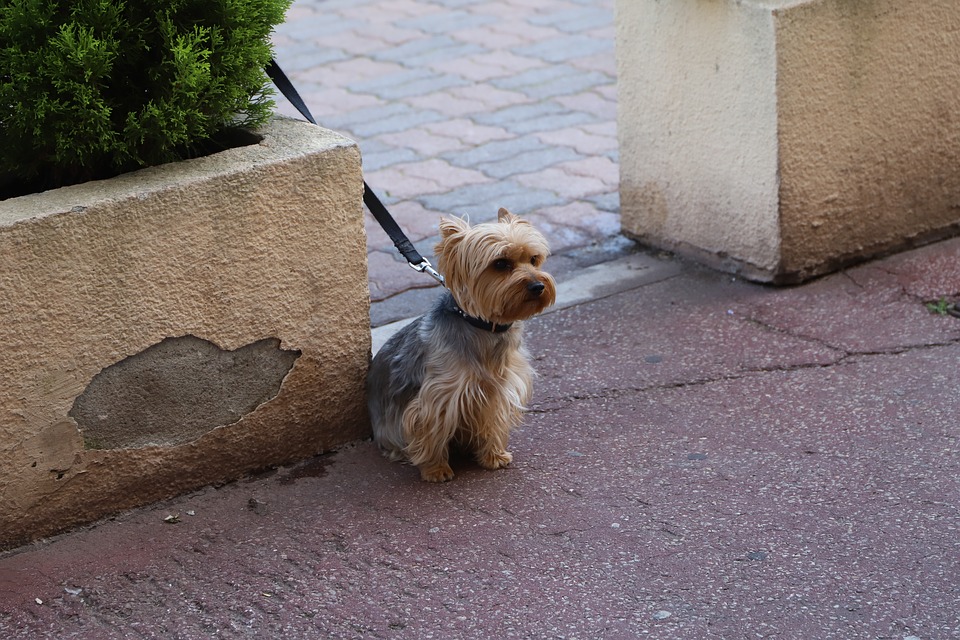 Since we’re assuming his new city existence might be a bit stressful for your dog, I suggest you keep your walks short and sweet. I’d rather he get lots of exposure to urban life in bite-sized bits, rather than having him subjected to a couple of marathon outings a day.

What’s more, lots of short walks will encourage him to eliminate quickly, since the less time you’re outside during any given walk, the closer the pee/poops will happen to the start of the walk!

A good New Yorker gets down to business right away, no? If he doesn’t go in the first five minutes, bring him back inside and try a bit later.

If he does go right away, reward him liberally with treats and then make a judgement about what he’d prefer: If you think going inside would be rewarding to him, bring him in immediately after he goes; if you think a longer walk would be more to his liking, then… you know what to do.

Every time you get to any curb, cue your dog into a sit. Use a food lure if you need to—do whatever you need to do get their butt on the ground.

You can then either reward the sit with a food treat or with the real-life reward to get up and keep walking when you say “Okay.”

With enough repetition, your dog will associate the curb with sitting. The goal here, of course, is that if ever given the opportunity to cross a street off leash, he will first sit and wait for your signal to go.

6. COMMUNICATE WITH OTHER PEOPLE ON THE STREET

As much as I want you to make friends with city folk, I wouldn’t necessarily recommend letting your dog approach other dogs on the street—especially if he isn’t used to encountering a lot of new dogs on walks.

When it comes to on-leash sidewalk greetings, there are just too many uncontrollable variables for my taste, and I’d rather your dog spend his energy focusing on you during his walk, rather than looking for social encounters with dogs who might not be amenable to being greeted.

If you are going to let your dog approach another dog, always make sure to first communicate with the owner. Plenty of dogs can’t do safe leash greetings with other dogs on the street, but that doesn’t mean everyone involved can’t leave the situation safely.