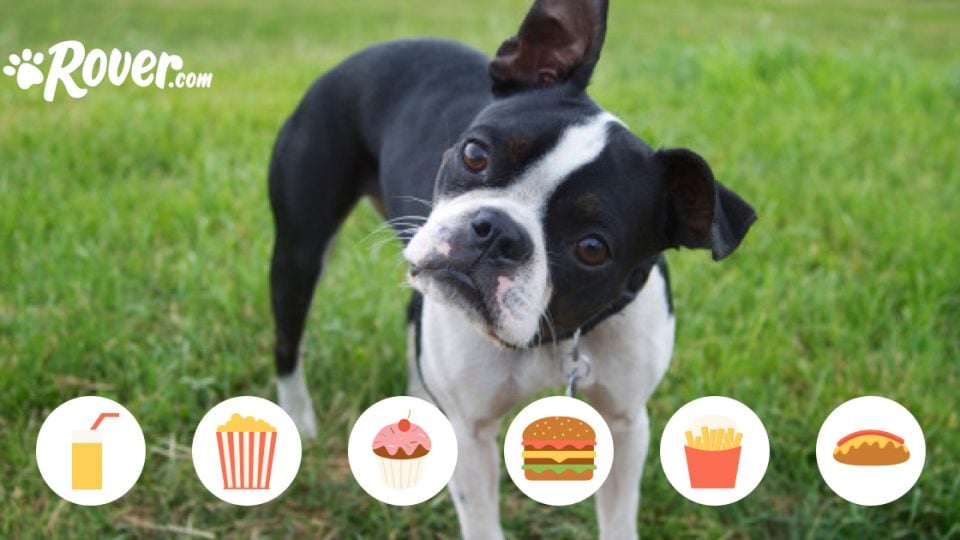 Tart, tangy pickles are virtually free of calories and contain a handful of healthful nutrients. But along with the good stuff, pickles also contain something no dog should have in excess: sodium. And that’s not all. Pickles are also commonly brined in spices that are toxic to pets, including garlic powder and onion powder.

Yes, but only as a rare, small treat. Technically pickles are safe for your dog to eat, as are the cucumbers from which they’re made. They even have a small amount of vitamin A, K, iron, calcium, and magnesium. But unlike cucumbers, pickles contain tons of salt, enough to cancel out any nutritional benefits they may offer. While a bite or two of a pickle shouldn’t hurt your dog, a tiny amount should only show up in their diet as a rare snack. 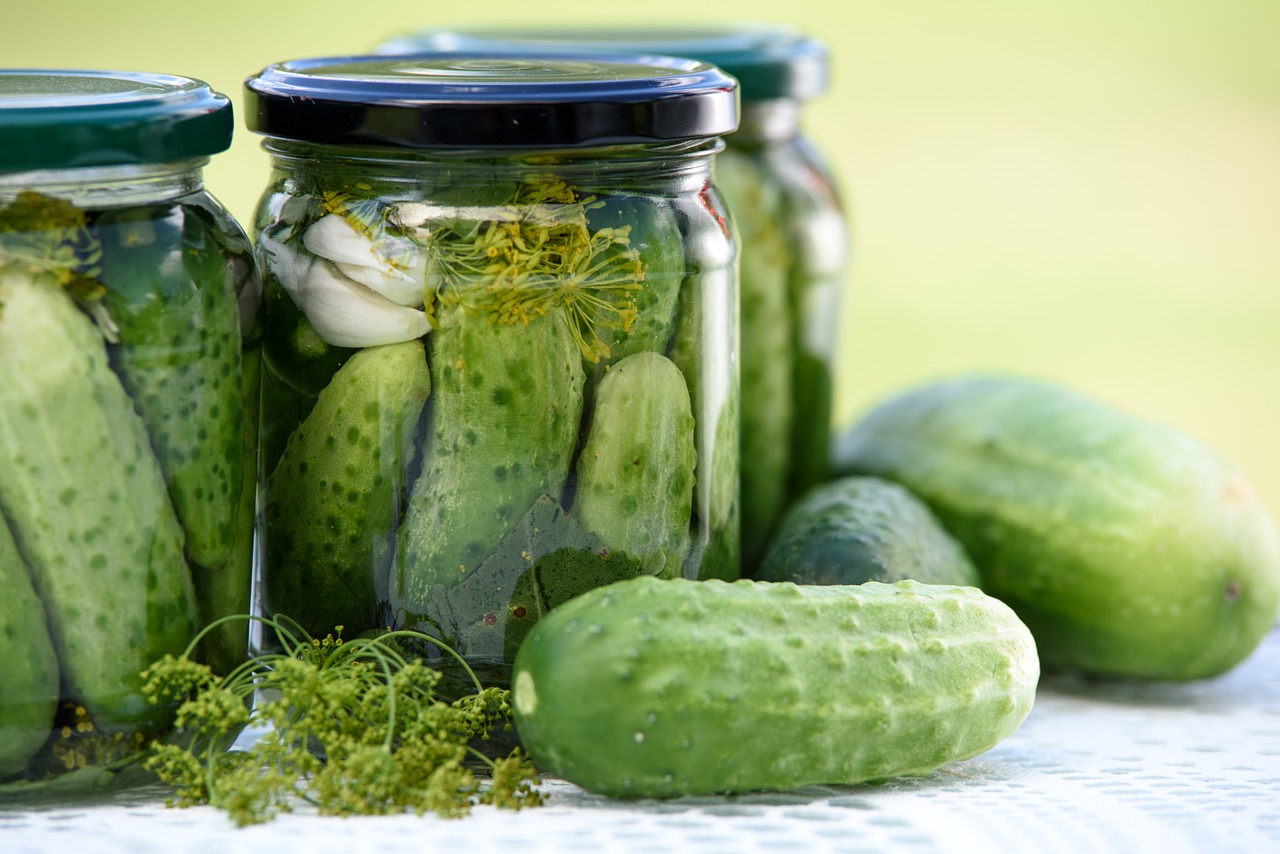 What Exactly Are Pickles?

Pickles are cucumbers soaked in a brine of salt, vinegar and spices. The brine, which may contain anything from dill to coriander seeds to peppercorns, preserves the fresh cucumbers and gives them a distinct flavor.

Other types of produce including beets, cauliflower and carrots can also be pickled using similar mixtures of salt, vinegar and spices. While these vegetables are often a great choice for dogs to eat fresh or frozen, when pickled they have the same excessive sodium content and the same dangerous spices as cucumber pickles.

Are The Spices In Pickles Dangerous For Dogs?

There are not only several styles of pickles but every pickle-maker has their own formula for a perfectly spiced brine. Dill pickles, for example, only start with dill. Many chefs also add garlic, mustard seed, red chili flakes or various other dried or fresh herbs or spices to their recipe.

Unfortunately, some of the most common spices used in pickling are either toxic to dogs or can cause digestive issues, including:

Unless you know exactly what spices were used in brining your pickles, it’s best to avoid offering them to your dog altogether. A bite of sour, cronchy goodness isn’t worth the vomiting and diarrhea that may follow.

Why Can’t My Dog Eat Lots of Salt?

Salt is actually one of the most important nutrients in a dog’s diet. It helps to keep the body running smoothly by balancing fluids and assisting the nervous system. A dog with too little salt in their diet is at risk of brain swelling – leading to loss of consciousness or coma – and muscle weakness, cramps or spasms.

According to Association of American Feed Control Officials (AAFCO) which set standards for pet food in the U.S., a healthy canine diet should contain a minimum of 0.3% sodium. But too much salt (more than 100mg sodium per day for a medium-sized dog) can cause problems for dogs in both the short and long term.

A dog who, for example, snarfs down a family-size bag of potato chips in one sitting may experience extreme thirst, vomiting and diarrhea, neurological issues like loss of balance (ataxia), seizures or even death. A dog who’s fed a handful of potato chips at every meal, on the other hand, may over time develop high blood pressure and conditions like stroke, stomach cancer and heart disease. Dogs with kidney disease are likely to be especially sensitive to high-levels of sodium in their diet.

What Should I Feed My Dog Instead of Pickles?

Although your dog shouldn’t eat pickles, the vegetable they’re made from is a great addition to their diet. Cucumbers are a tasty, cronchy, low-calorie snack you can feed your dog any time.

When feeding cucumbers, always cut them up into small, easy to swallow pieces. And don’t go too overboard heaping on the veggies. Neither cucumbers nor any other treat should ever make up more than 10% of a dog’s diet.

Are Cucumbers Good For My Dog?

Yes! Cucumbers contain healthy nutrients and are especially good for dogs who are packing a few extra pounds. In cucumbers you’ll find a solid source of vitamin K, which keeps bones healthy and helps the blood to clot, and modest levels of vitamin A, potassium, magnesium and manganese. Vitamin A, in particular, does a body good by keeping the organs functioning, and supporting vision, the immune system and the reproductive system.

Cucumbers also have a high water content: around 96% of the vegetable is made of the stuff. Because of all that H20, cucumbers are relatively filling but extremely low in calories. Half a cup of cucumber slices has only 8 calories, making them a great choice for dogs that need to lose weight.

How Do I Feed My Dog Cucumbers?

Cucumbers can be fed as training treats or snacks or as a meal topper or mix-in. When preparing cucumbers for your dog, always wash them well then cut them up into small, bite-sized pieces. They do not need to be cooked before serving.

We’ve got tons of articles about which foods are safe or dangerous for your dog, from common snacks to fruits. You might also be interested in “Can My Dog Eat Cucumbers?“ 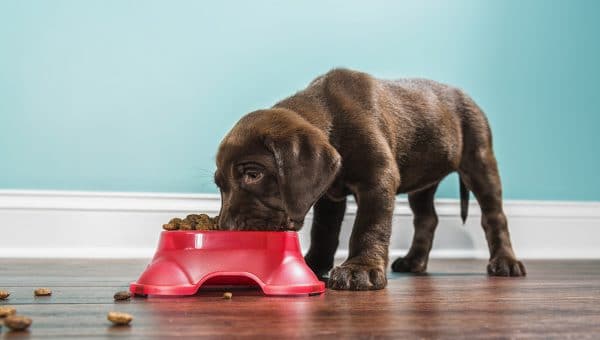