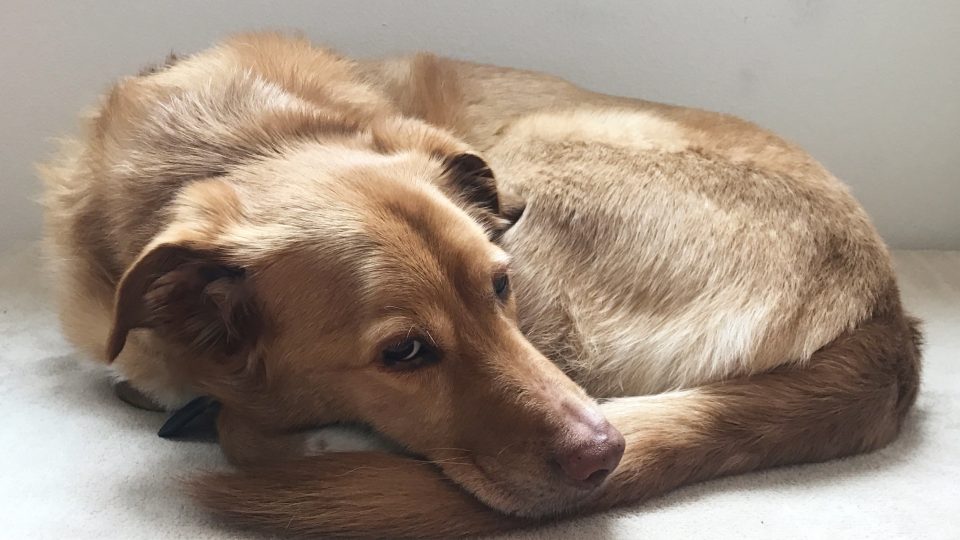 My dog, Toast, sprawls on the kitchen floor with his paws in all directions. He’s like a furry golden pancake. His muzzle is flat on the ground, his tail is thunking against the floor at warp speed, and his eyes are trained on me in case I plan to give him a snack.

The scene is screaming for a picture, so I take one and I text it to my spouse with the caption “check out our new rug.” Maybe I should post this to Instagram, I think. But then I don’t.

Instagram—though probably best known for its abundance of selfies, memes, and perfectly styled milkshakes—is an incomparable tool for sharing your dog with the world, and can even be a force for good.

During the first year after we adopted Toast, I was obsessed with using Instagram to tell my dog’s story. I operated a busy profile brimming with hashtags, videos, themed days (“Tongue Out Tuesday” was always the best day of the week), and nonstop cuteness content.

As our collection of followers grew and the time required to maintain the account grew right along with it, I started to fall behind. I just couldn’t keep up. The account took up all my spare time and nearly turned into a second job, so when I stopped updating it I suddenly had a ton of time back.

But the real reason I quit? I didn’t want to tell anyone about that. The truth is that all my captions, my carefully posed photos—they felt like lies. 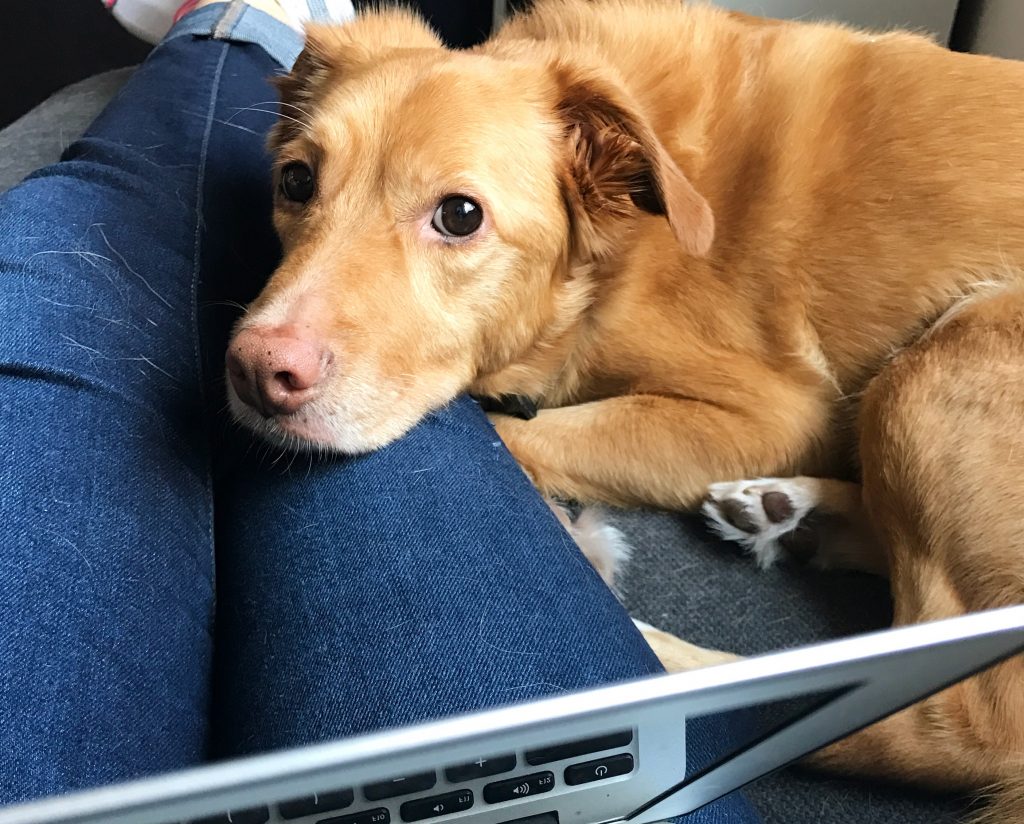 The Truth About Toast

The other dogs on Instagram were always having adventures. They went hiking. They explored the beach. They had dog BFFs, ran around the park after squirrels, met new humans at the farmer’s market. They seemed to be living a grand and beautiful life.

But Toast’s life, even through the filtered lens of Instagram, was very different. We never went to a dog park, or on a hike, or even much past the edges of our neighborhood. We didn’t have dog friends or playdates, and we never played off-leash or went on vacation.

The photos we posted felt like a carefully composed fantasy. Toast always looked calm, relaxed, happy. But the truth was very different. Toast is an anxious dog.

When we met Toast we didn’t know much about him except that he picked us. My spouse and I visited five shelters before we found him—but when we saw him we knew, immediately, that this was our dog.

He sat on the dirty fabric bed in his kennel, drawn up to his full height to see over the frosted part of the glass. As each human walked by—some in little groups, some alone, some running to the back part of the shelter to see the new puppies—he looked at their faces and tried to be seen. At least, that’s how it seemed to me.

I didn’t know much about dogs at all then, but I knew a smart dog when I saw one.

He’d been a stray, the shelter volunteers told us, but they didn’t know anything else about him. We were smitten.

On his first day with us, during his first walk, Toast escaped his harness and bolted. When we finally caught up to him he was on the other side of the park, unwilling or unable to come back to us, completely absorbed in sniffing another dog.

After that walk, he tried to escape every harness and collar we tried. It was also clear that he’d never walked on a leash before. He pulled like a sled dog, often bursting into a run without warning. He couldn’t walk in a straight line, but rather zoomed left and right and sometimes backwards, tripping us with the leash.

He developed severe separation anxiety and would wait by the door, howling, if left alone for even a moment. And, worst of all, he became increasingly leash reactive.

That meant he started to bark at other dogs while we were out—but not just bark. He would lunge, snap, or even throw himself into the air and flail. His athletic build meant that he could jump four or five feet up, sometimes hurting himself or us on the way back down.

We tried dog training classes. Books. Websites. Sneaking out for walks late at night in the hopes that we wouldn’t run into anyone. Every walk was a gamble.

The Taming of the Toast

Finally, having tried everything else, we found a behaviorist and shelled out for a real intervention. A behaviorist is a little bit like a dog therapist—an experienced practitioner of veterinary medicine who’s also extensively trained in animal behavior.

It was the best thing we could have done. She was calm, reassuring, and gentle. Though she warned us that Toast would never be a normal dog, she helped us reshape his environment to reduce his fear. He learned how to walk on a leash, and we learned how to handle him with gentleness and compassion.

We slowly solved his separation anxiety and eventually moved to a quieter part of the neighborhood where it was easier to take him for walks. We even found a harness he couldn’t escape from.

Though we didn’t fix the problem completely, we found a way to give him a good life—a happy life, a life that was safe and cozy. But that life was not very exciting. 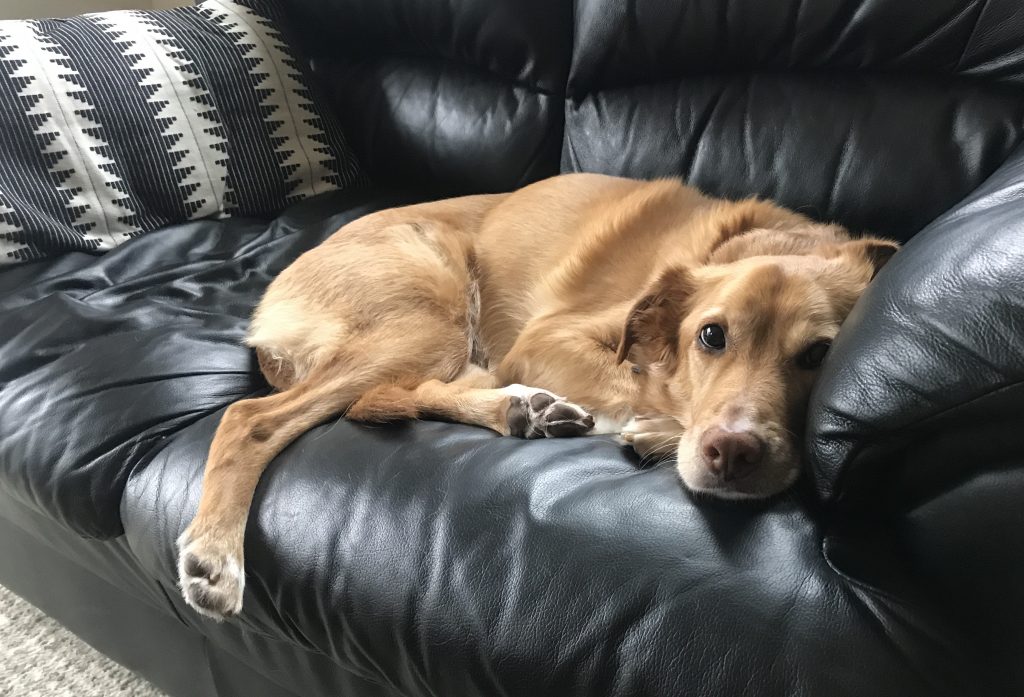 The longer I ran the Instagram account for Toast, the worse I felt about his reclusive existence.

Here was Spot, a speckled blue heeler, climbing a mountain with her owner. Here was Austin, a boisterous Shiba Inu mix, working on his agility in the park. And here was Toast, asleep on the rug again.

The last thing I wanted to do after a stressful walk was post about how great Toast’s day had been. It was nice to play fetch indoors without needing to capture a video. And a hundred likes—or even a thousand—couldn’t make me feel happier than when I saw Toast snuggling calmly between my spouse and me on the couch.

After all that work, all those hours of liking photos, writing comments, and composing thoughtful captions about positive reinforcement training and toys that would hold up to aggressive chewing, I started to withdraw from the community I’d built. It was a relief.

Eventually, I gave up on #dogsofinstagram. I’m so happy that community is out there, but I know that it’s not the best fit for me or for my crazy dog. Now I spend that extra time focusing on Toast—teaching him new tricks and giving him belly rubs instead of trying to capture a perfect snapshot. He may not be Instagrammable, but he’s happy. And so am I. 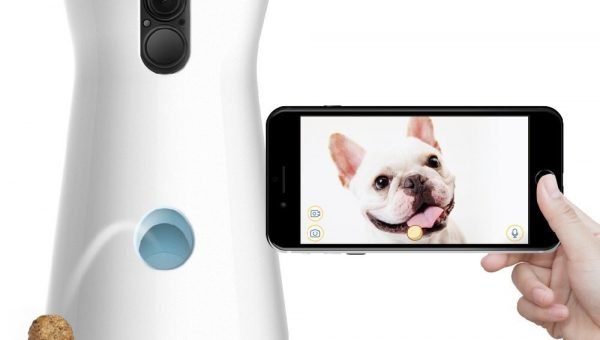 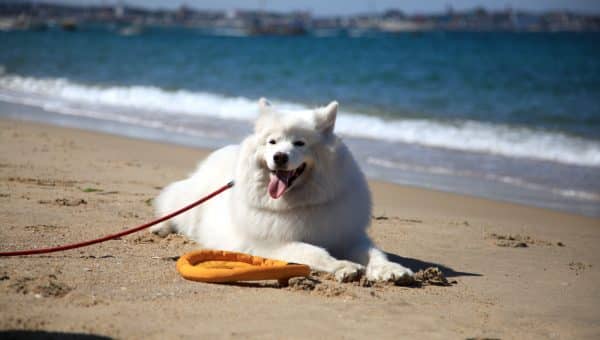