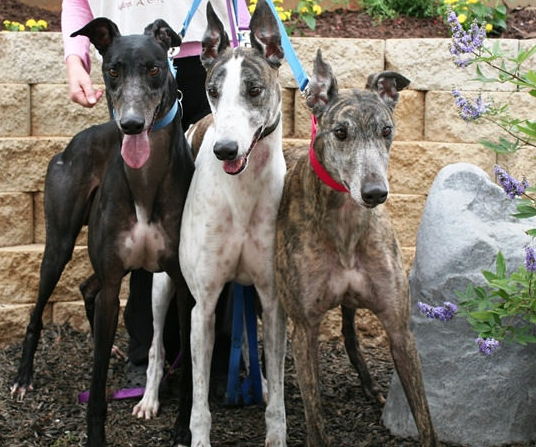 As news of Florida’s Amendment 13 spreads, so too does interest in adopting Greyhounds. Voters in the Sunshine State approved a measure to ban the sport of greyhound racing there, meaning that thousands of greyhounds will need new homes by the end of 2020. These dogs are generally bred solely for racing, but they are also known for being gentle, mild-mannered pets with a sweet disposition and calm demeanor. We talked to the dedicated folks at the Greyhound Adoption Center to find out more about how to adopt a greyhound, as well as why greyhounds make such a great family dog.

About the Greyhound Breed 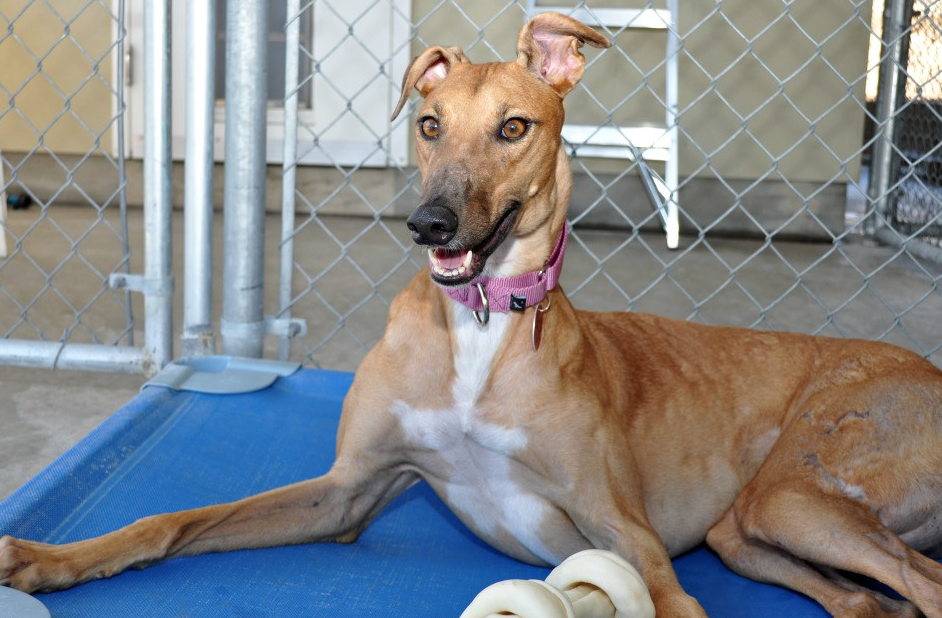 Think Greyhounds need a ton of exercise? Think again! Those who know the breed affectionately refer to them as “40-mph couch potatoes.” Photo courtesy of Greyhound Adoption Center.

Characterized as gentle, independent, and noble, greyhounds tend to do very well as companion animals. Although they are a larger breed, they are fairly low-key.

“They are couch potatoes—not hyperactive as you might imagine,” Darren Rigg of the Greyhound Adoption Center says. “They’re good-natured, well-behaved, intelligent and intuitive—they truly do read people well and soon share a common bond.”

Greyhounds do well in apartments and condos, as long as they’re given the chance to exercise in short bursts. Of course, they can be intense when they run. Bred to run short distances, Greyhounds are known for their speed, reaching top speeds of 43 miles-per-hour. Because of their speed, the breed is largely used in the controversial racing industry.

“It is tragic they are exploited due to the fact they run fast,” Rigg adds. “They change people’s lives and bring so much joy into the home.”

There are currently an estimated 300 facilities dedicated to breeding racing Greyhounds across the United States. Racing tracks are not only active in Florida but also in Texas, Alabama, Arkansas, and West Virginia.

Racing Greyhounds are susceptible to injury or even death. The ASPCA authored an in-depth look at Greyhound racing in the United States, “High Stakes,” detailing concerns about diet, living conditions, neglect, injuries, and in rare cases, the use of steroids and other drugs. 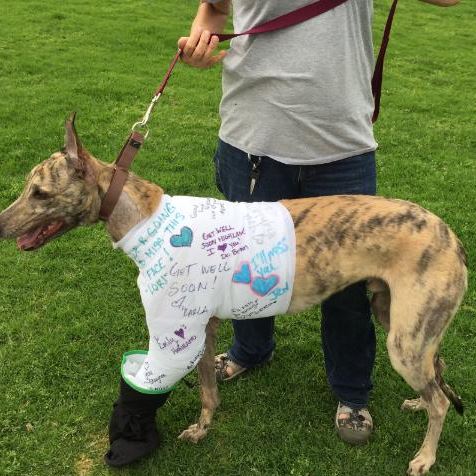 The Greyhound racing industry has pushed back against criticism; trainer A.J. Grant in Orlando told the Washington Post that his dogs are “athletes…treated like kings.” Indeed, former racing dogs are often very accustomed to veterinary care and attention, as well as frequent handling, due to their tenure on the track.

“We’re very glad to see the U.S. Greyhound industry in rapid decline, but we’re very worried about the deluge of surplus track dogs,” Rigg says. “We are preparing for the worst, but hoping for the best.”

How to Adopt a Greyhound

Most adoptable Greyhounds come straight from the track and have never lived a normal life. They are bred in commercial facilities, start racing at 18 months old, and stop racing around 3 or 4 years of age. Some are used as breeding dogs and others are sent to adoption groups—the fate of the remaining dogs is unknown, but the Executive Director of the National Greyhound Association estimated 2,000 to 3,000 were killed in 2009 alone.

“There is nothing we can do to make up for the all the unnecessary deaths, injuries, and abuse of the past, but it’s a dying industry,” White says. “Hopefully, someday, all those making money off of racing will redirect their efforts to saving the Greyhounds of the future.” 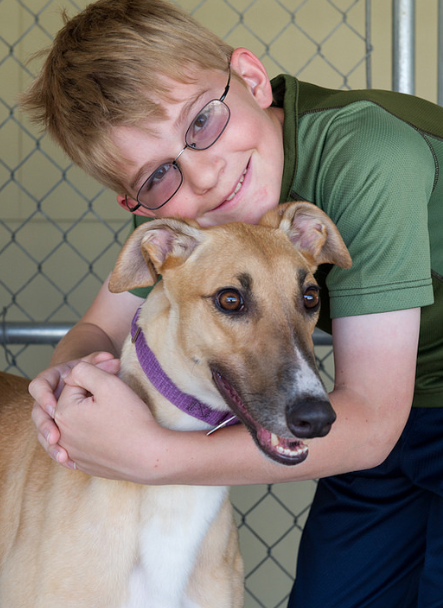 Greyhounds are docile and mild-mannered, making them a great fit for kids! Photo courtesy of Greyhound Adoption Center.

Greyhounds are generally a very healthy breed—the biggest health concerns are their bones and skin, which are very delicate. Greyhounds are most at risk of broken bones and other athletic injuries and also more susceptible to bone cancer.

Greyhounds have short coats and require very little grooming, other than baths and nail trims. Plus, greyhounds are very docile, so they get along well with other dogs, cats, and kids. They’re also very sensitive and benefit from positive, treat-based training.

Greyhounds are wonderful family dogs that often have a rough start—the vast majority are bred purely for profit, and many of these dogs don’t know the love of a family. But with the racing industry in decline, more greyhounds will be available for adoption than ever before, giving you the chance to give one of these mellow, lovable dogs a forever home.