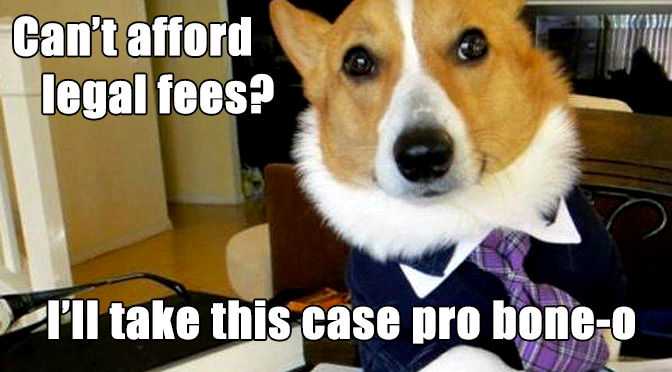 We thought pet parents knew a thing or two about obedience, but these 15 dog laws from around the world will blow your mind.

Is there anything quite so entertaining as the offbeat and outdated laws found on the books?

The United States definitely boasts the most, well, colorful laws in the world—I mean, who would give a dog a lit cigar in Zion, Illinois in the first place? But the rest of the world has its fair share of one-of-a-kind dog legislation, too. 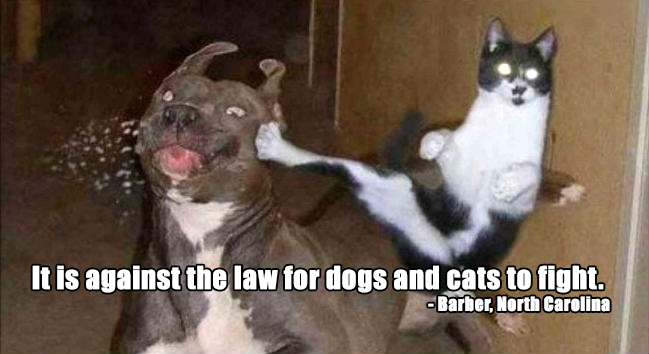 It is against the law for dogs and cats to fight. -Barber, North Carolina 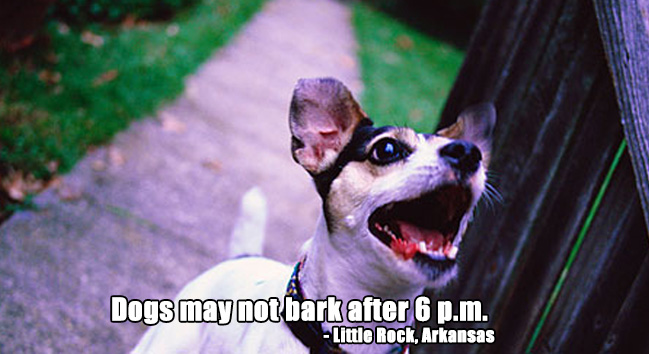 Dogs may not bark after 6 p.m. -Little Rock, Arkansas 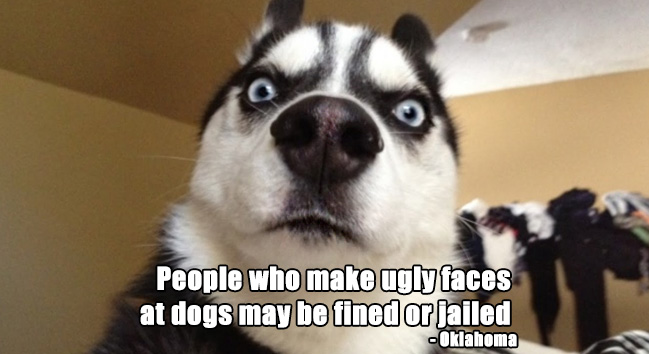 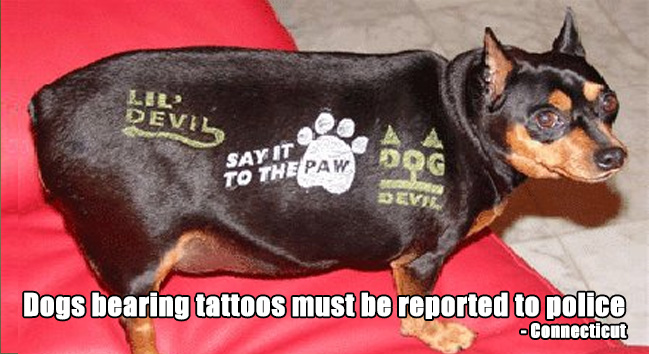 Any dogs bearing tattoos must be reported to police –Connecticut 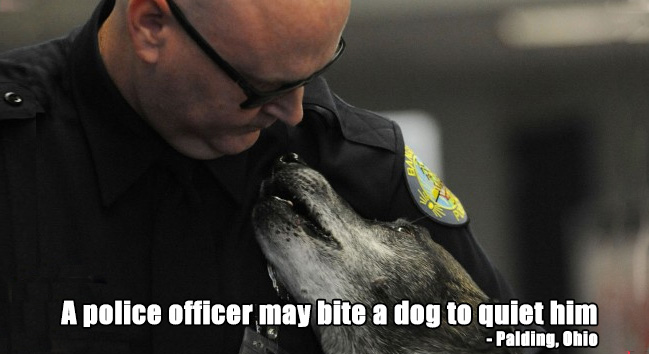 A police officer may bite a dog to quiet him. -Palding, Ohio 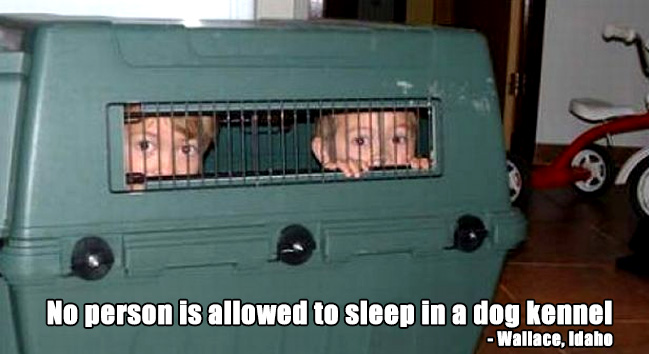 No person is allowed to sleep in a dog kennel -Wallace, Idaho 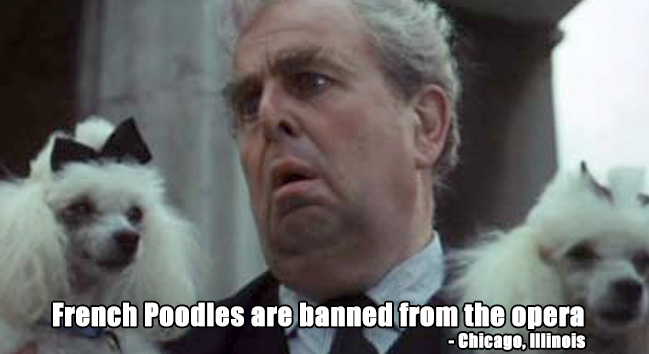 French Poodles are banned from the opera  –Chicago, Illinois

China enforces a one-dog policy, in which every family is restricted to one dog, should they choose to have one. Additionally, all dogs must be under 14 inches of height to satisfy the condition. This limits a lot of breeds, but you know what they say—big things come in small packages!

In the city of Turin, you are required to walk your dog at least three times a day or risk a hefty fine. If you find yourself in Rome with a pooch in tow, this is a great way to get out there and explore…and avoid that $650 fine.

In Saudi Arabia, walking a dog in public is illegal. Dogs are almost completely banned, with the exception of working dogs. If you are traveling into Saudi Arabia, it should also be noted that only guard, hunting, and service dogs are permitted. The middle east is generally not dog friendly, so dogs as pets isn’t something you’ll see much of in this part of the world.

Small dogs are becoming increasingly popular due to a loophole in German tax law, which allows any dog under 10 pounds to be taxed at the same rate as a rodent—one third the rate. Weirder still is just the fact that Germany has a monthly pet tax!

In Switzerland, you must pass a test and take a practical training class in order to have a dog. If you are a first-time dog owner, you have to take a theoretical class on top of the practical training class. Any dog imported into Switzerland must be taken to a vet within ten days of his or her arrival and it is mandatory to have dogs micro-chipped and registered with the Animal Identity Service in Bern. In 1981, the Swiss Animal Protection Ordinance was enacted and can be viewed here.

If you are planning a vacation to Mexico with your four-legged friends, it should be noted that a maximum of two dogs can be brought into the country. A health certificate is also required and must be obtained at least three days before entry.

In London, it is illegal for a city cab to carry a rabid dog.

Planning to travel with your dog? For a handy how-to to traveling abroad with your buddy, reference National Geographic’s guide and DogFriendly’s guide here.