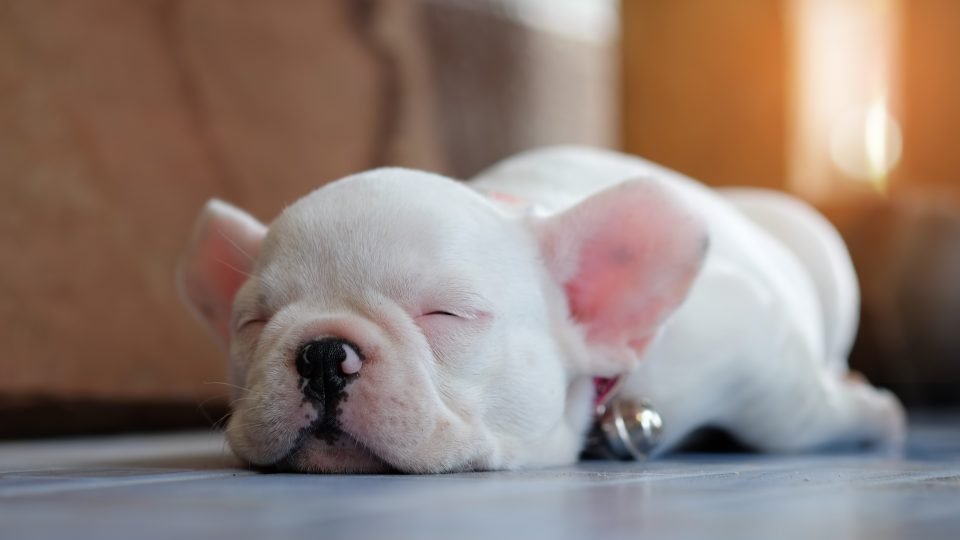 If you have a new furry buddy in your life, chances are you’re taking in a lot. You’ve heard about puppy food, puppy sleep, potty training and teething—but you probably don’t yet know all of these cool, weird dog facts. Not only are these awesome (if strange) facts good for parties, but they’re also helpful in understanding more about how your dog experiences the world. Read on for the weirdest true facts about our beloved dogs.

Just as humans can be identified by their fingerprints, dogs’ nose prints can be used to uniquely identify them. Each canine nose sports distinct lines and patterns. The Canadian Kennel Club has even been accepting nose prints as proof of identity since 1938.

Dogs sweat through their paws

Don’t plan on buying any sweatbands for your pup, since they actually sweat through their foot pads. They start to smell (a version of puppy B.O.) when sweat becomes trapped in the fur between. Some owners say their dogs’ feet smell like corn chips, in fact. Extra-stinky dog feet? Trying giving that paw hair a trim, as it might help the situation. More information here.

Your dog’s tail is actually part of their spine

The tail end of the week! I’m a bit embarrassed that it’s Friday and this is the first time I’ve posted all week. What can I say? I won’t give excuses but just say the week got away from me. Enjoy this curly pug tail and have a wonderful Friday. #happyfriday #pug #pugtail #pugsofinstagram

Whether it’s tightly curled, long and wavy, or stubby and cute — a dog’s tail is actually an extension of their spine.

In fact, they’re born blind, deaf and toothless! Around the second week, a puppy’s ears will start to open, and eyelids will begin to unseal between ten and 16 days of life.

♡ Happy Winter Solstice!!! ♡ SOLSTICE GEOMAGNETIC STORM: Around the #ArcticCircle, the longest night of the year has arrived with perfect timing… A high-speed stream of #solarwind hit #EarthsMagneticField on December 21st (the northern #wintersolstice) filling the long hours of darkness with #NorthernLights. At the time of this alert, a moderately strong G2-class #geomagneticstorm is underway, and more storms are in the offing. Flowing from a huge hole in the sun's atmosphere (#coronalhole), this solar wind stream is broad. Earth could take days to exit it. #Auroras may last through #Christmas! First contact with the #solarwind stream produced this magnificent outburst of auroras over the countryside near #FairbanksAlaska Photo credit: Marketa S. Murray #marketasmurray #aurorachasers #spaceweather #alaskaauroras #aurora #nightlife #nature #skyporn #lightshow #nightlights

Dogs tend to align themselves with the earth’s magnetic field when they poop, preferring to face either north or south when taking care of their business.

We’ve all seen those sad puppy eyes before. You know, the ones that come out when you scold your pup for tearing apart the trash bag, or sneaking some human treats. Well, turns out those aren’t actually the eyes of guilt, but rather a response to your tone — and whether they’ve actually committed the crime or not, your dog will give you that same look.

A dog’s sense of smell is 1000x better than ours

Dogs have an amazing sense of smell — everyone knows that. But did you know that dogs can actually smell disease? In multiple studies, dogs have been able to detect cancer in breath and urine samples, along with low blood sugar. They can also smell people’s feelings since they can pick up on changes in your scent. They can smell your perspiration (when you’re nervous) and they can detect when their human is anxious or afraid. Learn more here.

Dogs are as smart as a 2-year-old child

Various studies have shown that the average dog is similar to a 2-year-old child when it comes to language development and understanding words, signals, and gestures. Let’s hope they don’t go through the same “Terrible Twos” stage — that’s a thing, right?

Dogs can hear 4x as far as humans

Once a dog’s hearing is fully developed they can hear about four times the distance of a human. They can also hear higher pitched sounds and they have 18 or more muscles in their ears, whereas humans only have six. No wonder some of their ears are so big!

They curl up to sleep for a reason

Dogs curl up in a ball when they sleep due to an age-old instinct to keep themselves warm and protect their abdomen and vital organs from predators.

Dogs can actually see in color

You’ve probably all heard the one about dogs only seeing in black and white — but they actually do see in color! Their primary color spectrum is largely made up of yellow, violet, blue, black, white and gray, so make sure to keep your pup’s house bright and cheerful.

Dogs can be right or left-pawed

Though almost 90% of humans are right-handed, dogs are more evenly split when it comes to their paws. About one-third favor the right paw, one third are left-pawed, and the rest go either way. You can figure out which paw your pup likes the best by giving them the Kong Test!

Max is the most popular dog name worldwide

After all, you can’t go wrong with a strong and simple name like Max. Find out more about the top 100 popular dog names in our annual report here.

Just like us, dogs have both an upper and lower eyelid. But they also have a third eyelid, the nictitating membrane, that helps clear debris and mucus from their eyeballs and produce tears. Well, aren’t they special! Learn more here.

A post shared by Remington Advantures (@remington_adventurers) on Feb 1, 2018 at 2:42am PST

Taking your dog out for a walk (and a pee!) is more than just a chore — it’s a chance for them to learn more about the other four-legged friends in the neighborhood. Dog pee contains messages that tell the pup sniffing it a lot about the dog who left it behind, including the dog’s sex, age, and mood.

We sure do love our slobbery, four-legged friends in the good ole US of A! We lead the world in dog ownership, with France following behind. I suppose puppy love is actually an international issue. Learn more here.

Dogs’ noses secrete a thin layer of mucus to help them absorb scent chemicals. They then lick their noses to get the scent into their mouths. Learn more about those moist little noses here.

A post shared by Timberidge Goldendoodles (@timberidgegoldendoodles) on Apr 15, 2018 at 5:47pm PDT

And that really isn’t that surprising….is it?